The decree of the Presidium of the Supreme Soviet of the USSR dated December 27, 1938 established the highest degree of distinction in the field of economic and cultural construction - the title of Hero of Socialist Labor. The title Hero of Socialist Labor is awarded to persons who have shown labor heroism, their particularly outstanding innovative activities have made a significant contribution to improving the efficiency of social production, contributed to the rise of the national economy, science, culture, the growth of the power and glory of the USSR.

Over the entire history of the USSR, more than 19 thousand people have been awarded the title of Hero of Socialist Labor.

Complete with a large certificate in the name of Goguadze Keto Alekseevna.

The Hammer and Sickle gold medal is a five-pointed star with smooth dihedral rays on the obverse. In the center of the medal there are relief sickle and hammer. The distance from the center of the star to the top of the beam is 15 mm. The diameter of the circumscribed circle of the star is 33.5 mm . The size of the hammer and sickle from the handle to the top point, respectively, is 14 and 13 mm.The reverse side of the medal has a smooth surface and is bounded along the contour by a protruding thin rim. On the reverse side in the center of the medal there is an inscription in convex letters “Hero of Socialist Labor". The size of the letters in the words “Hero” and “Labor” is 2 by 1 mm, in the word “Socialist” - 1.5 by 0.75 mm. In the upper beam there is a medal number with a height of 1 mm .The medal is connected with an eyelet and a ring with a metal gilded pad, which is a rectangular plate with a height of 15 mm and a width of 19.5 mm, with frames in the upper and lower parts. There are slits along the base of the shoe, its inner part is covered with a silk moire ribbon of red color with a width of 20 mm. The shoe has on the reverse side a threaded pin with a nut for attaching the medal to the clothes.The medal is made of 950 gold. The pad of the medal is made of silver. On September 18, 1975, the gold content in the medal was 14.583 ± 0.903 g, the silver content was 12.03±0.927 g. The weight of the medal without a pad is 15.25 g . The total weight of the medal is 28.014 ± 1.5 g. 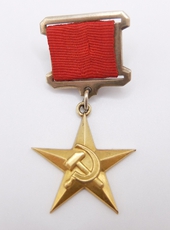 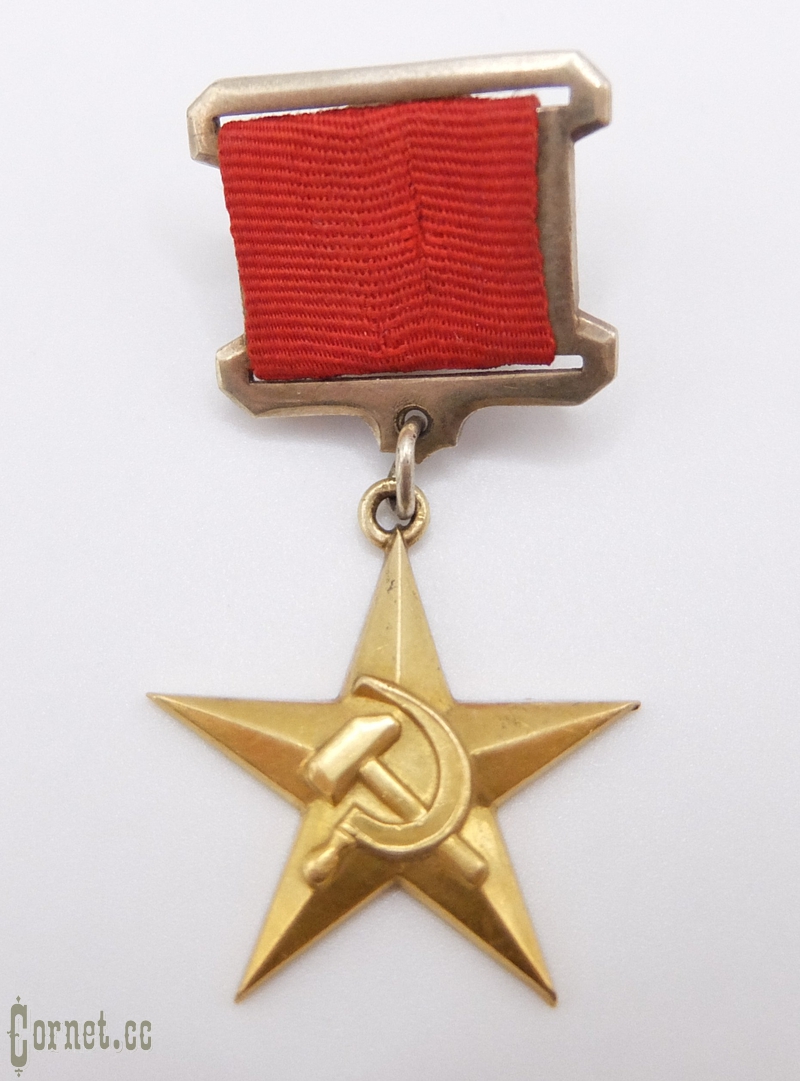 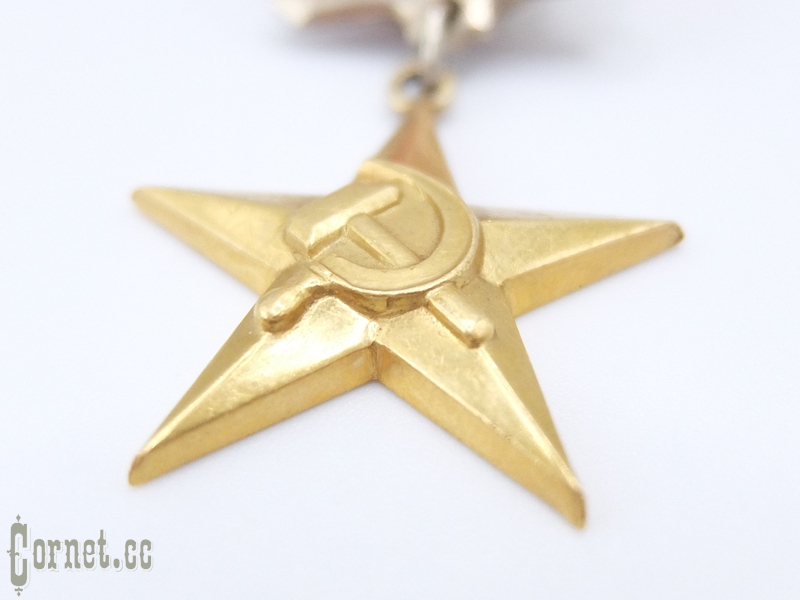 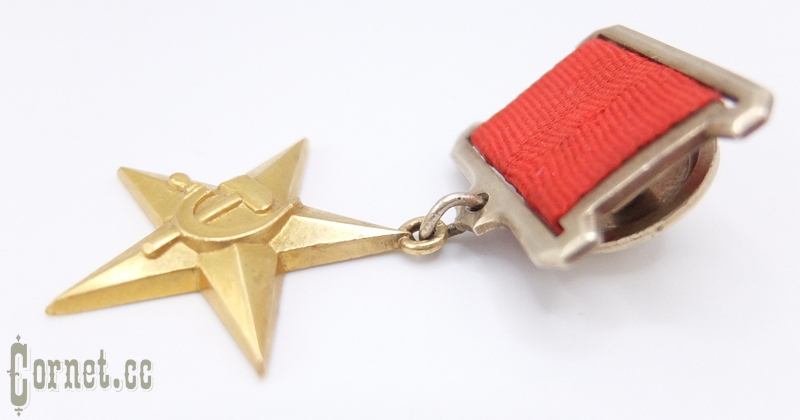 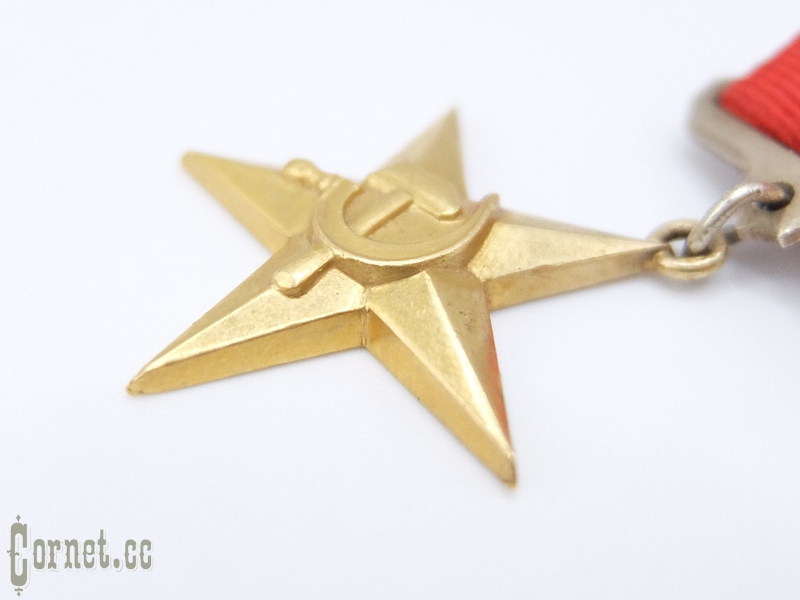 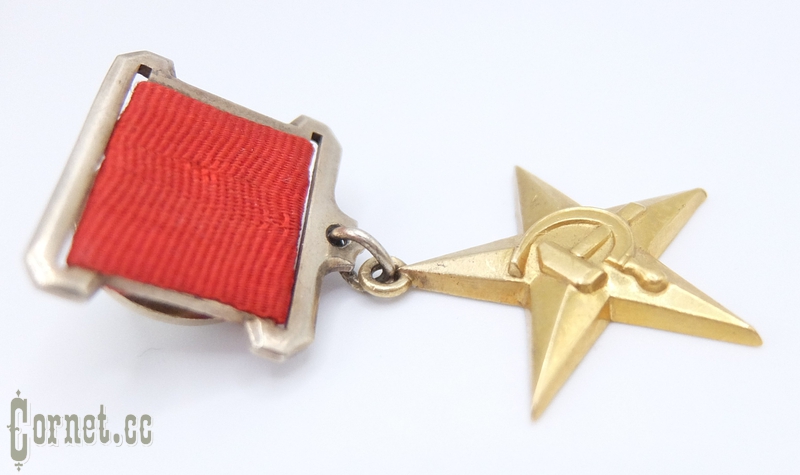 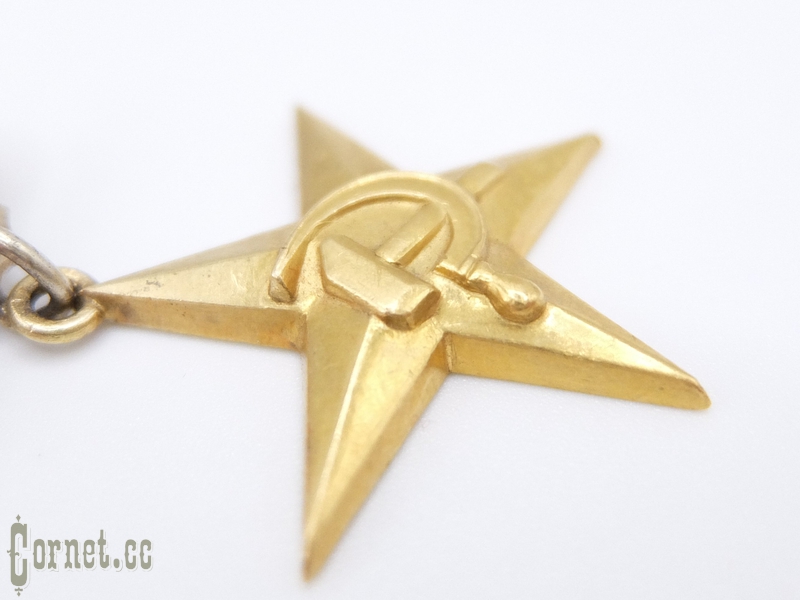 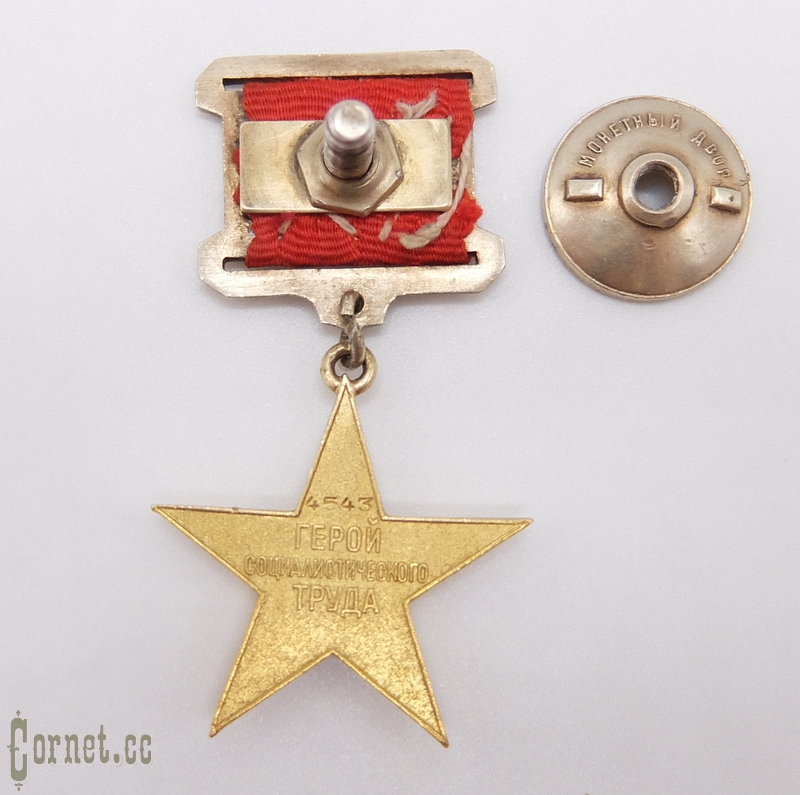 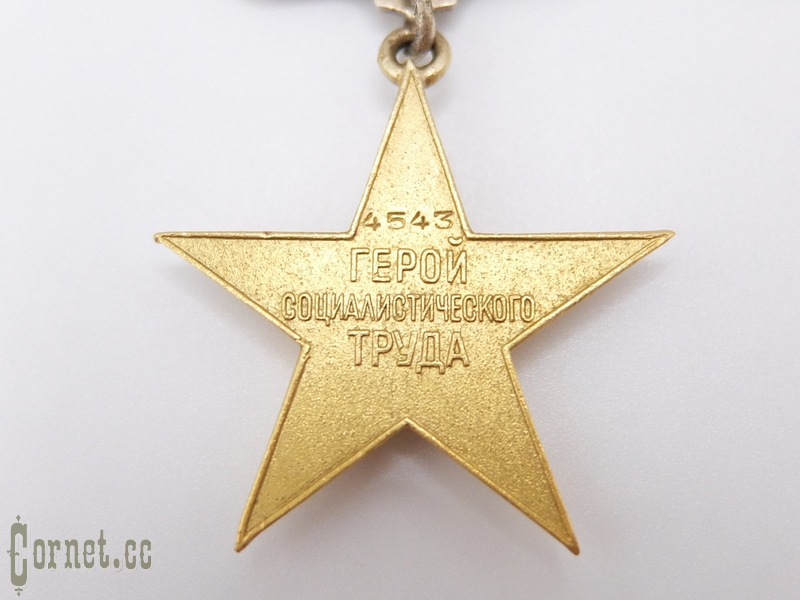 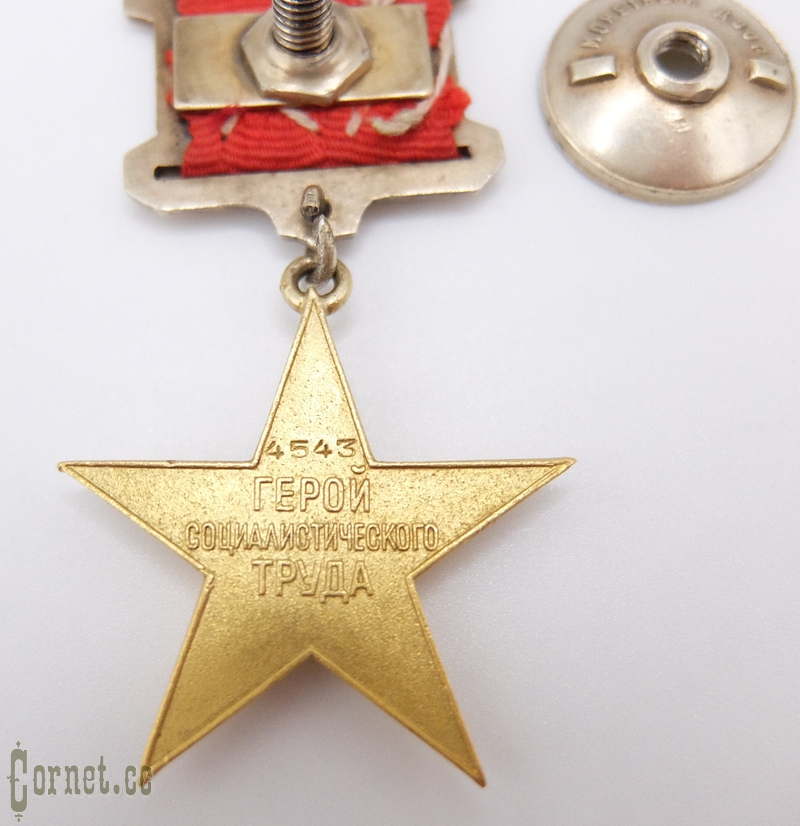 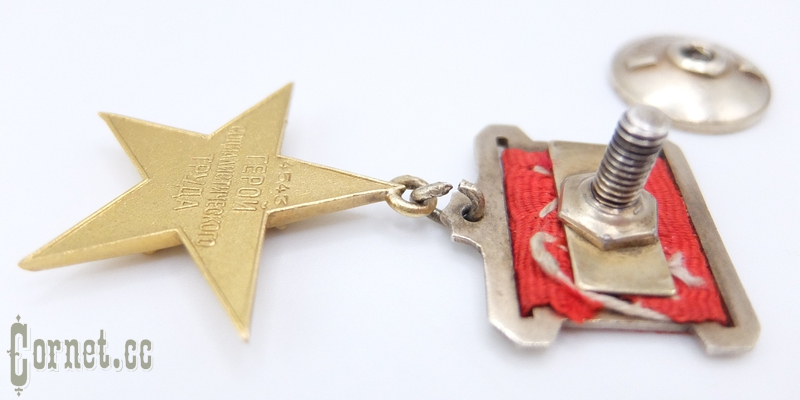 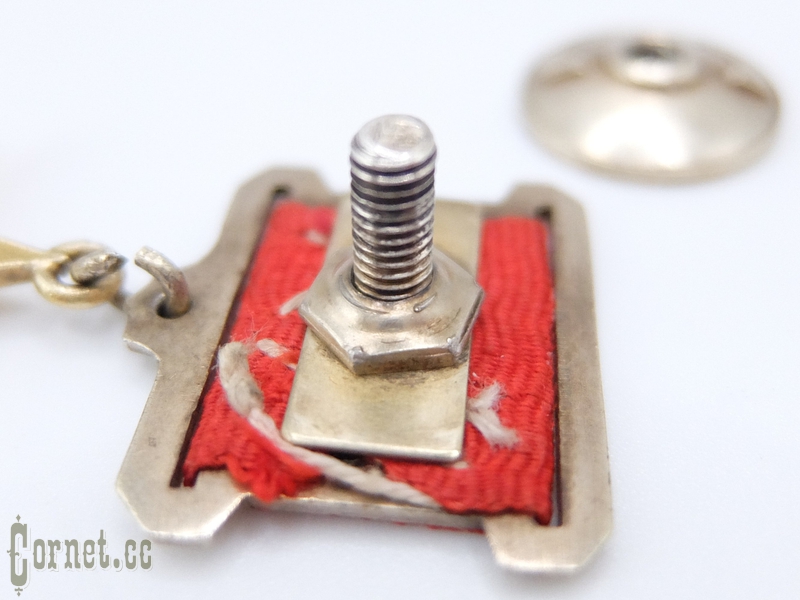 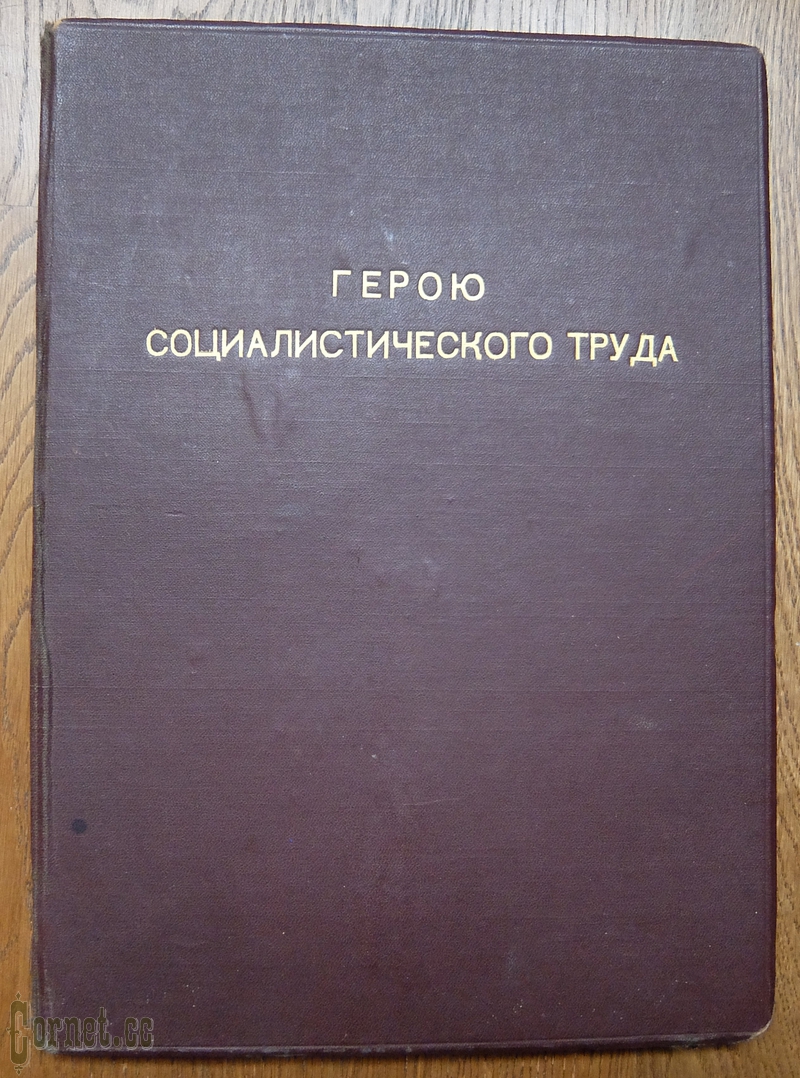 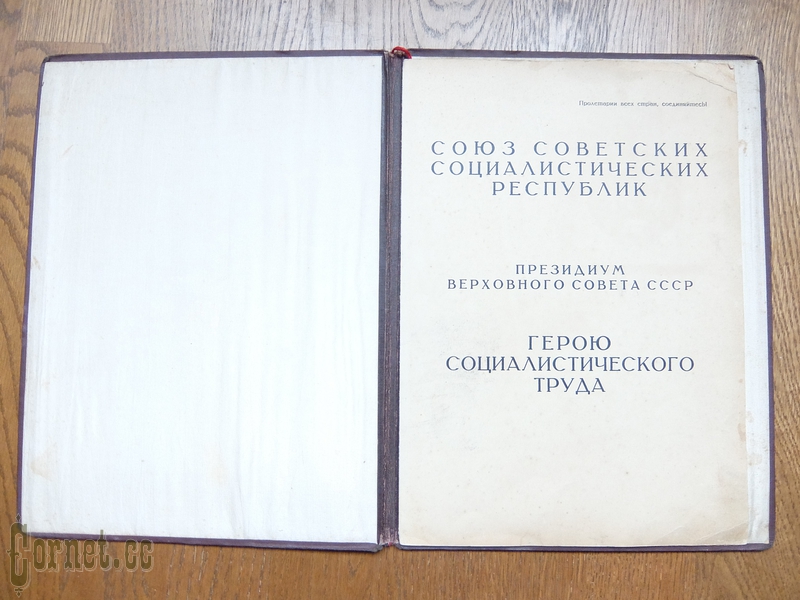 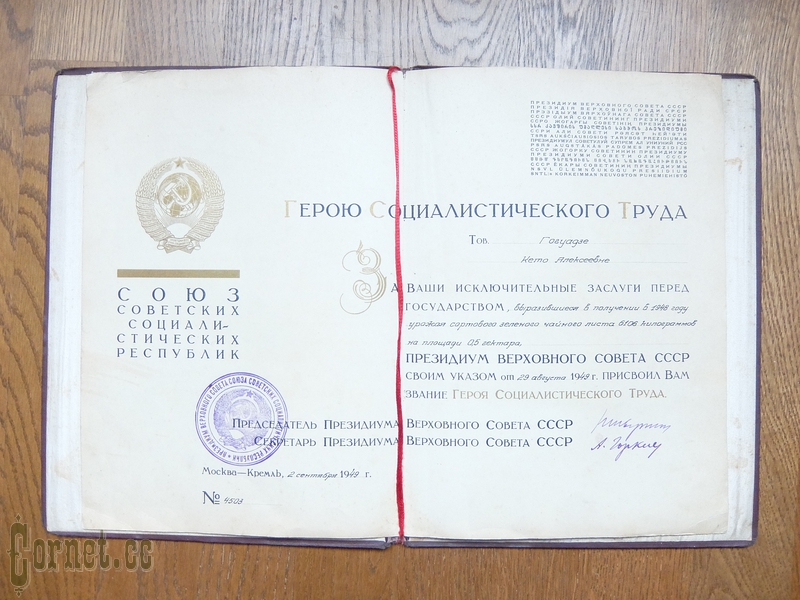 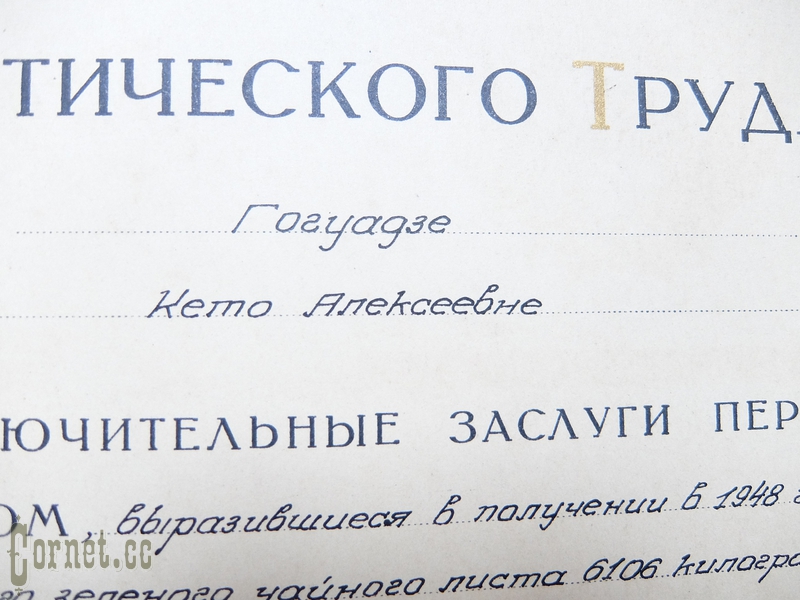 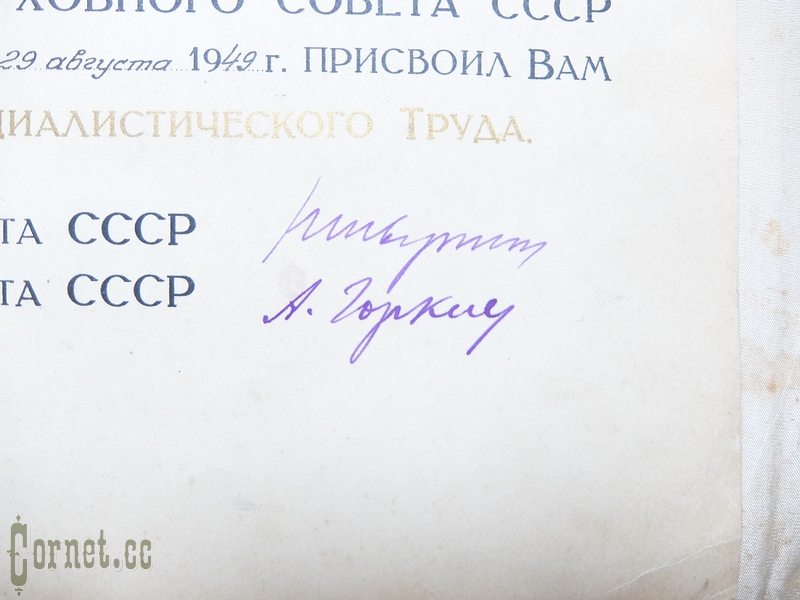 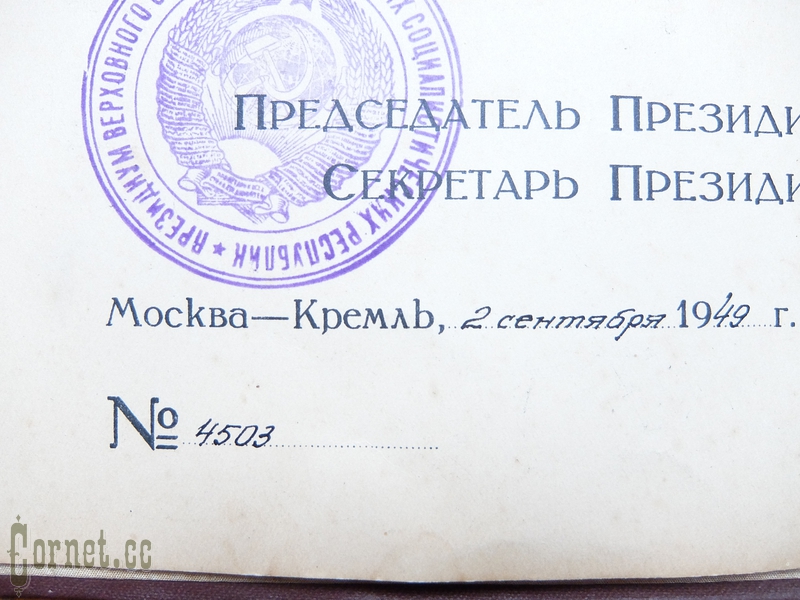