The Russian Empire. Late 19th, early 20th century. The award block of an official is not lower than the 7th class of the table of ranks (court adviser, lieutenant colonel, captain of the second rank). The block consists of three awards: the badge of the Order of the Holy Equal-to-the-Apostles Prince Vladimir, 4th degree from the workshop of Julius Keibel. 1863-1882, a silver medal of the state coinage "In memory of Tsar Alexander III" and a bronze gilded medal "300 years of the House of Romanov."

Gold, hot vitreous enamel, On the reverse under the enamel the stamp of the master "IK", - the workshop of the supplier of the chapter of the Imperial Orders of Julius Keibel. 1870s.and on the upper beam there is a double-headed state eagle. The size is 41x36 mm. The central medallion is broken, a fragment is lost. Enamel on the reverse of vertical beams with a crack. The native collection, the pad and the tapes are original. 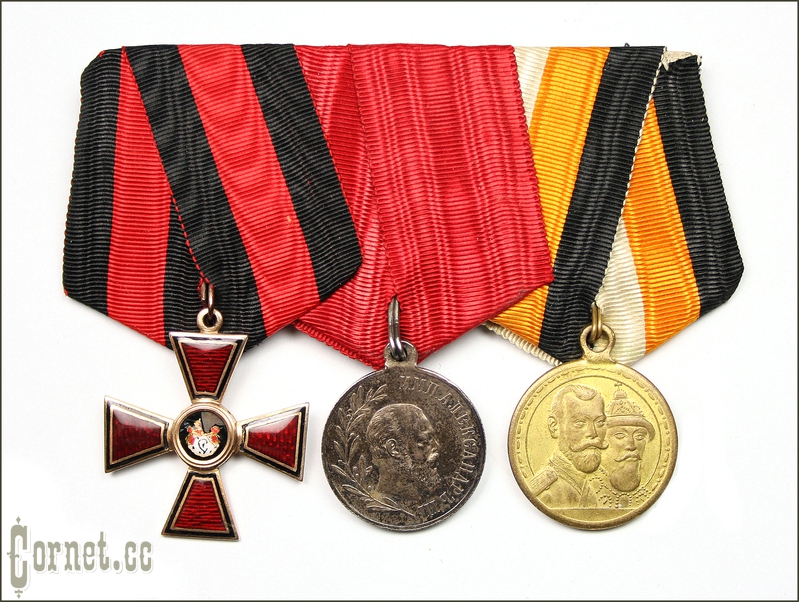 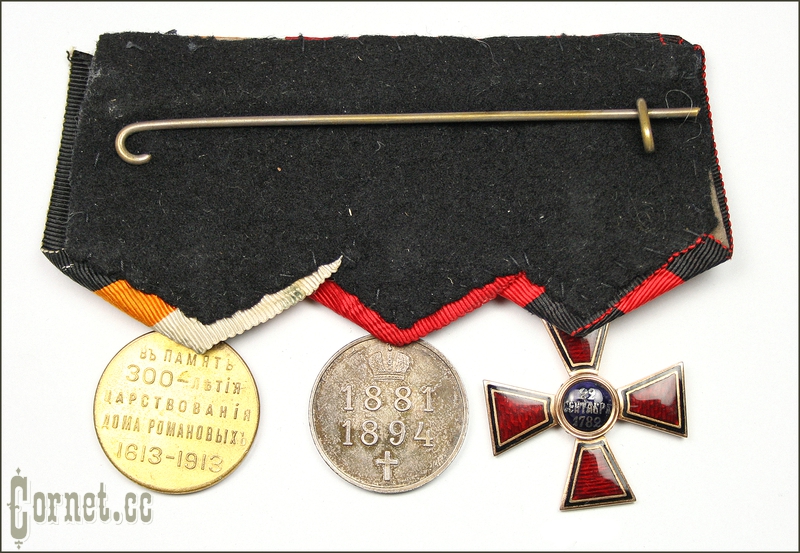 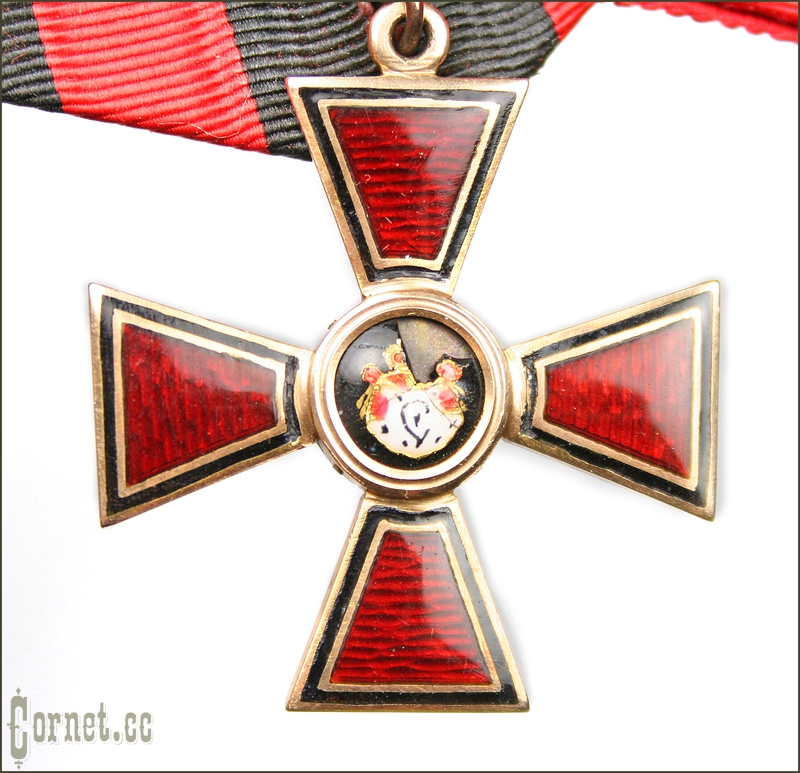 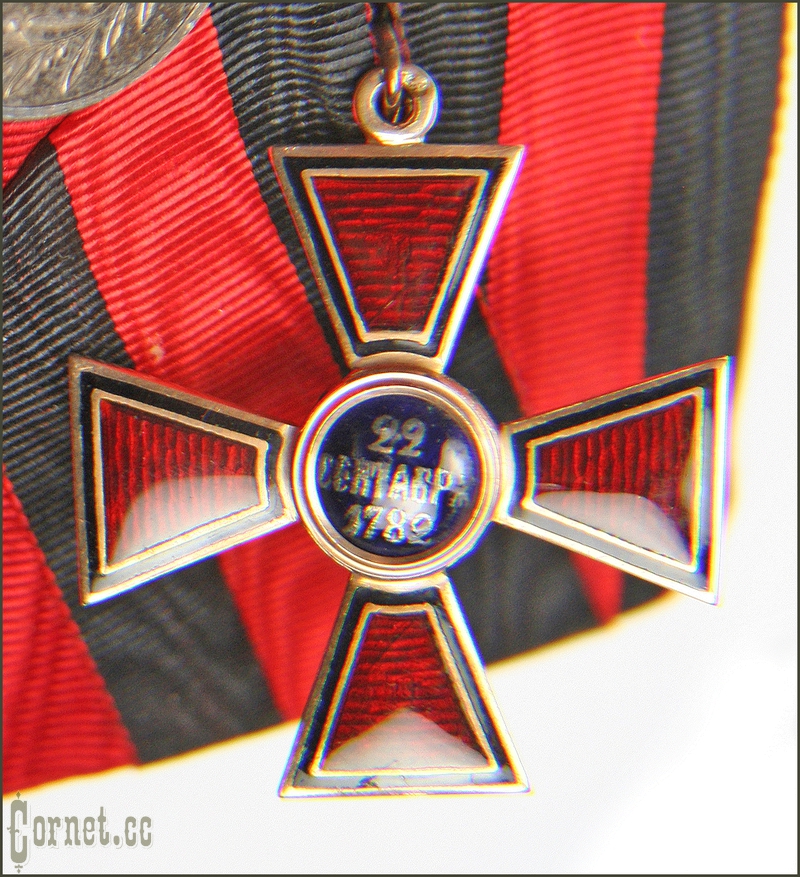 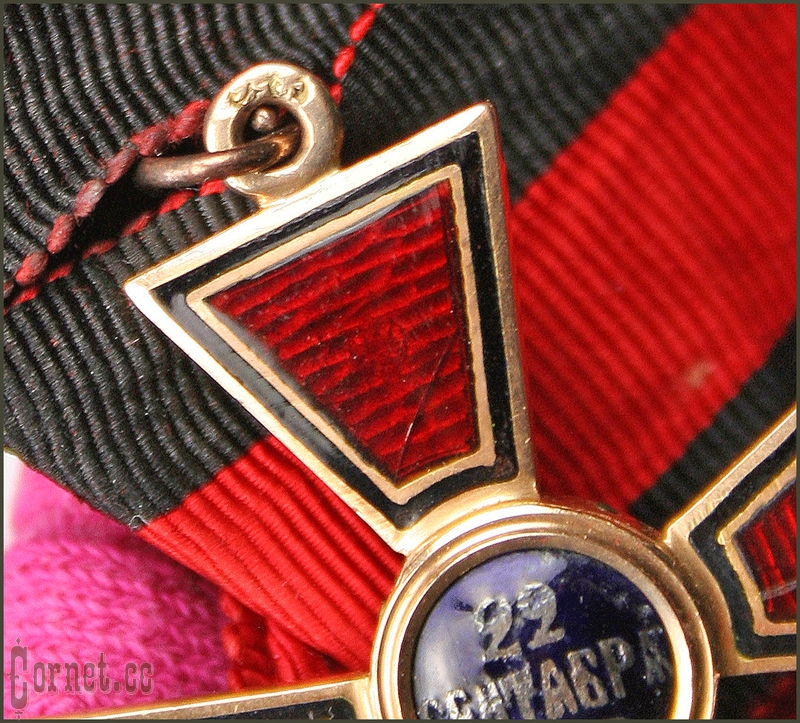 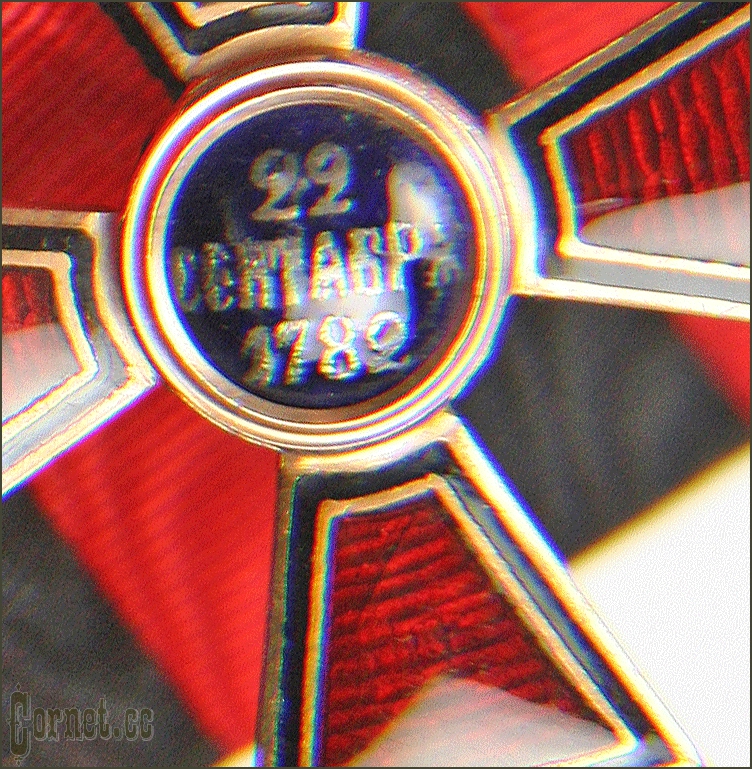 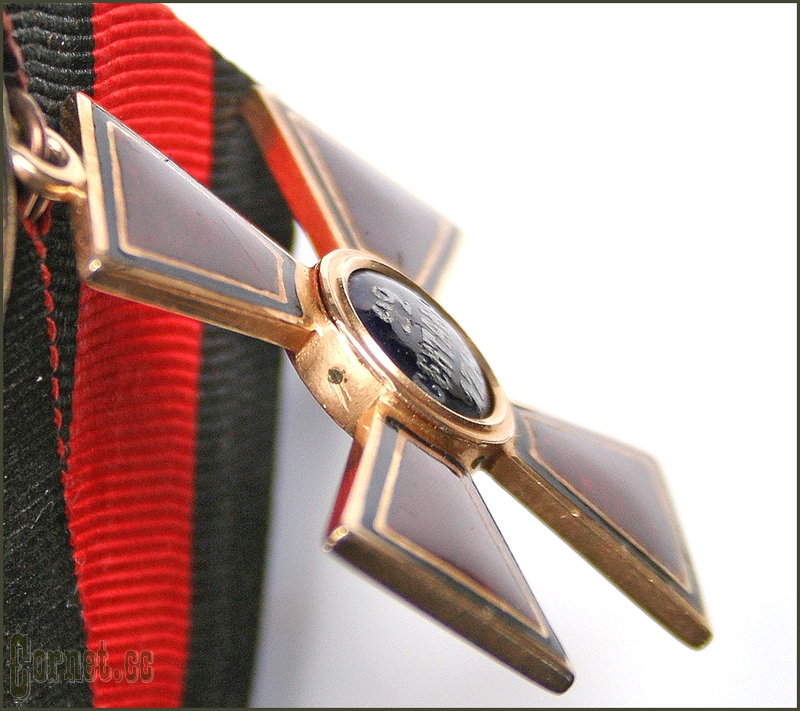 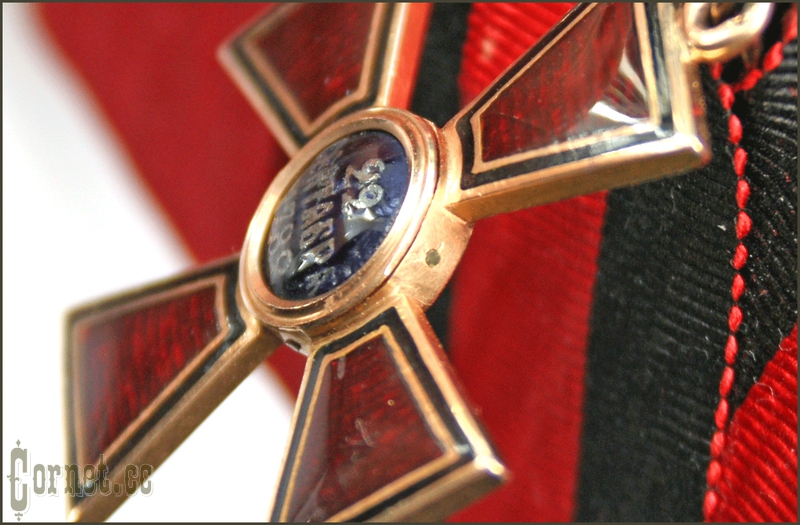 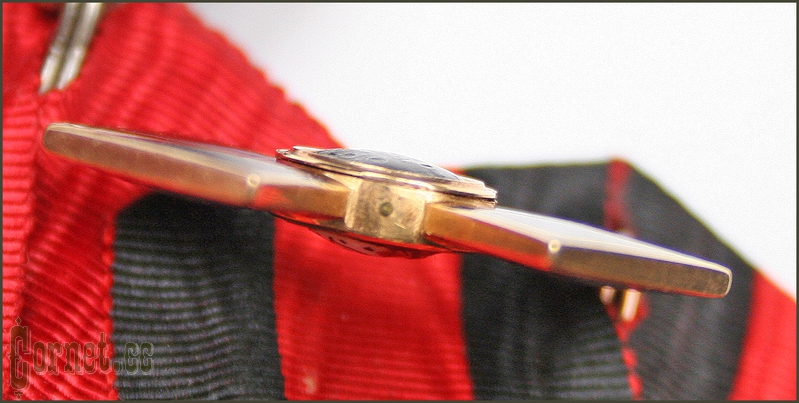 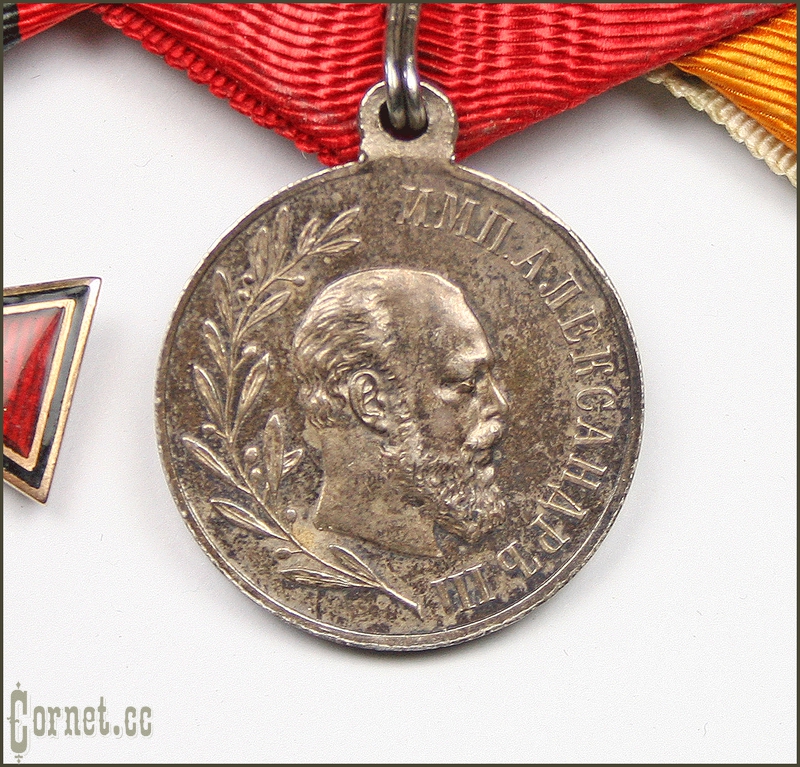 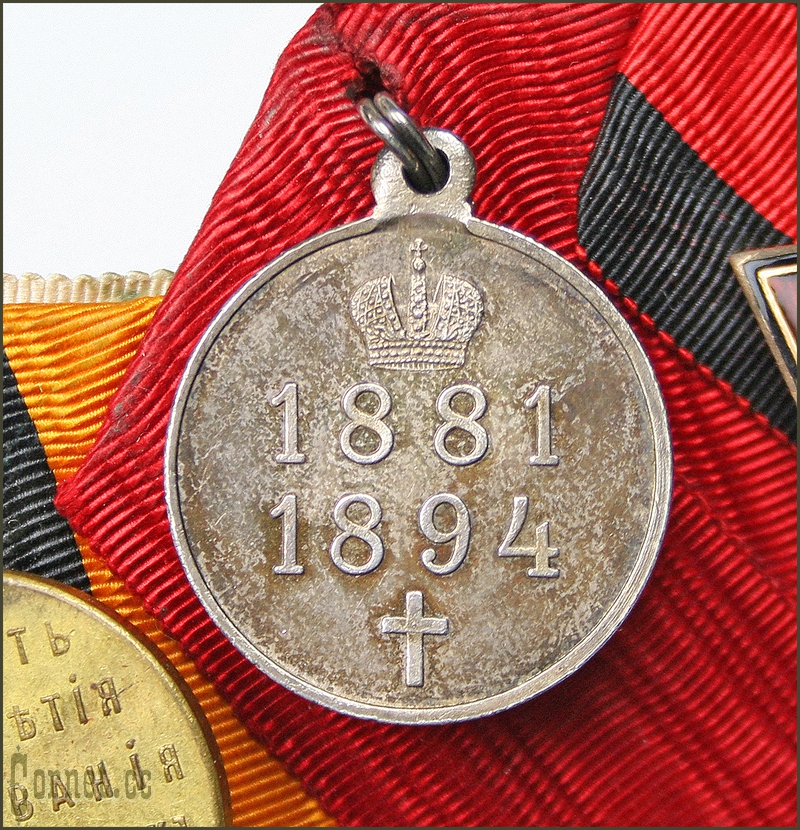 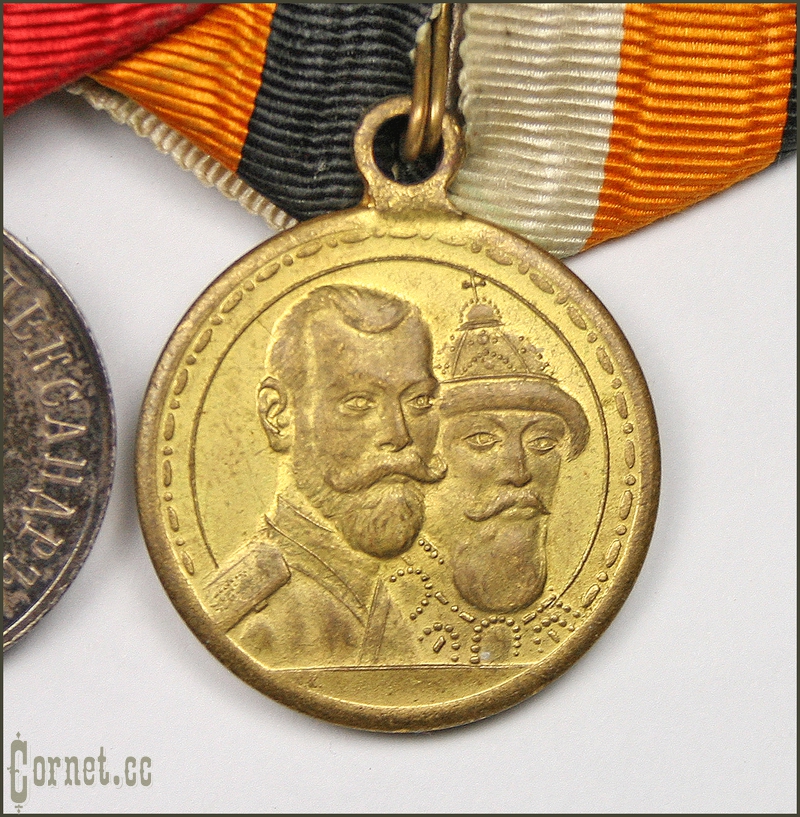 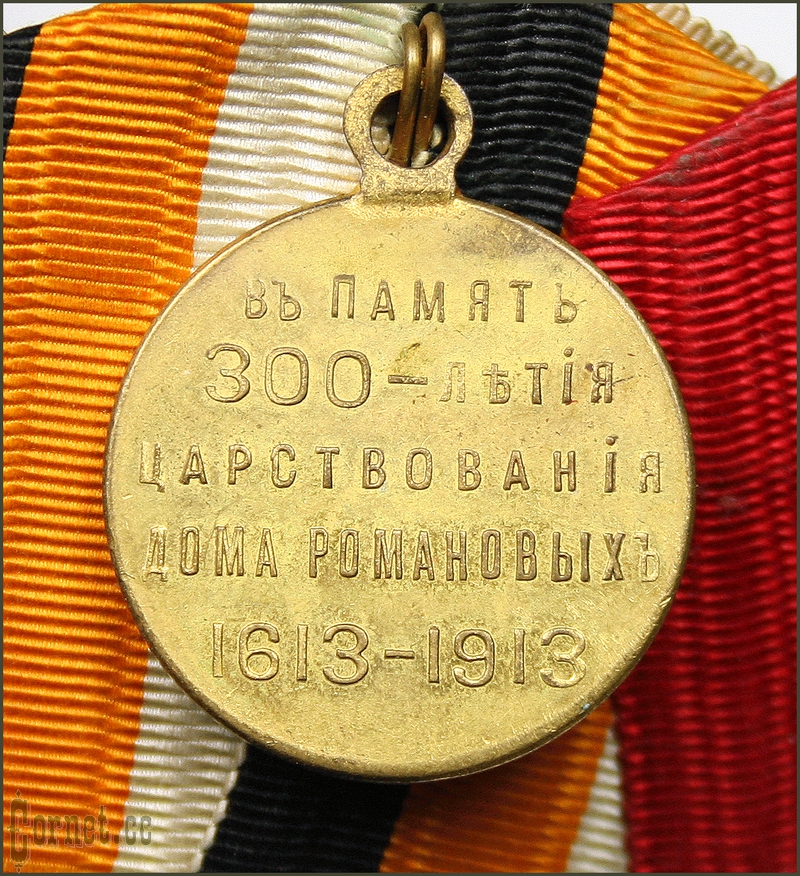 Item Tags: police gendarme official, for bravery, for your diligence,