The Russian Empire. Helmet of the 1844 model for the lower ranks of the 50th Bialystok Infantry (Musketeer) regiment. In 1835-1856 the regiment was numbered 26. This was due to the general reformation of the army infantry - a reduction in the number of regiments with a simultaneous increase in the number of personnel. On the lining, the owner's name is Andrean Afanasyev. There is a handwritten note with the following text on the screw of the pinecone attachment on the inside: "The helmet is Russian. The Crimean War of 1854-55. My father won at cards from an officer of the General Staff, who I think is the future General Trochu" ((General Louis Jules Trochu - since 1870 Chairman of the Government of National Defense (i.e. President of the Republic of France)).

The Russian version of the Pikelhelm helmet was designed personally by Emperor Nicholas I together with the court painter, Major General of His Imperial Majesty's Retinue L.I. Keel at the turn of the 1830s and 1840s, which later received the designation "helmet mod. 1844". The helmet was made of very durable (pump) leather, varnished, with a metal bump on the dome in the form of a flaming grenada, two visors (front and rear), chin straps with "scales" and the coat of arms of the armed forces on the frontal part. For ventilation of the head in the hot season, two holes were provided in the hollow tube of the bump, which opened and closed by turning the tube itself.

Leather, light bronze, canvas lining. size 3. The end of the chin strap is torn off (attached with a wire). 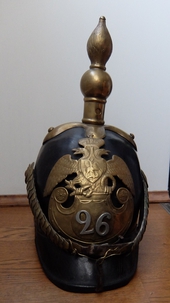 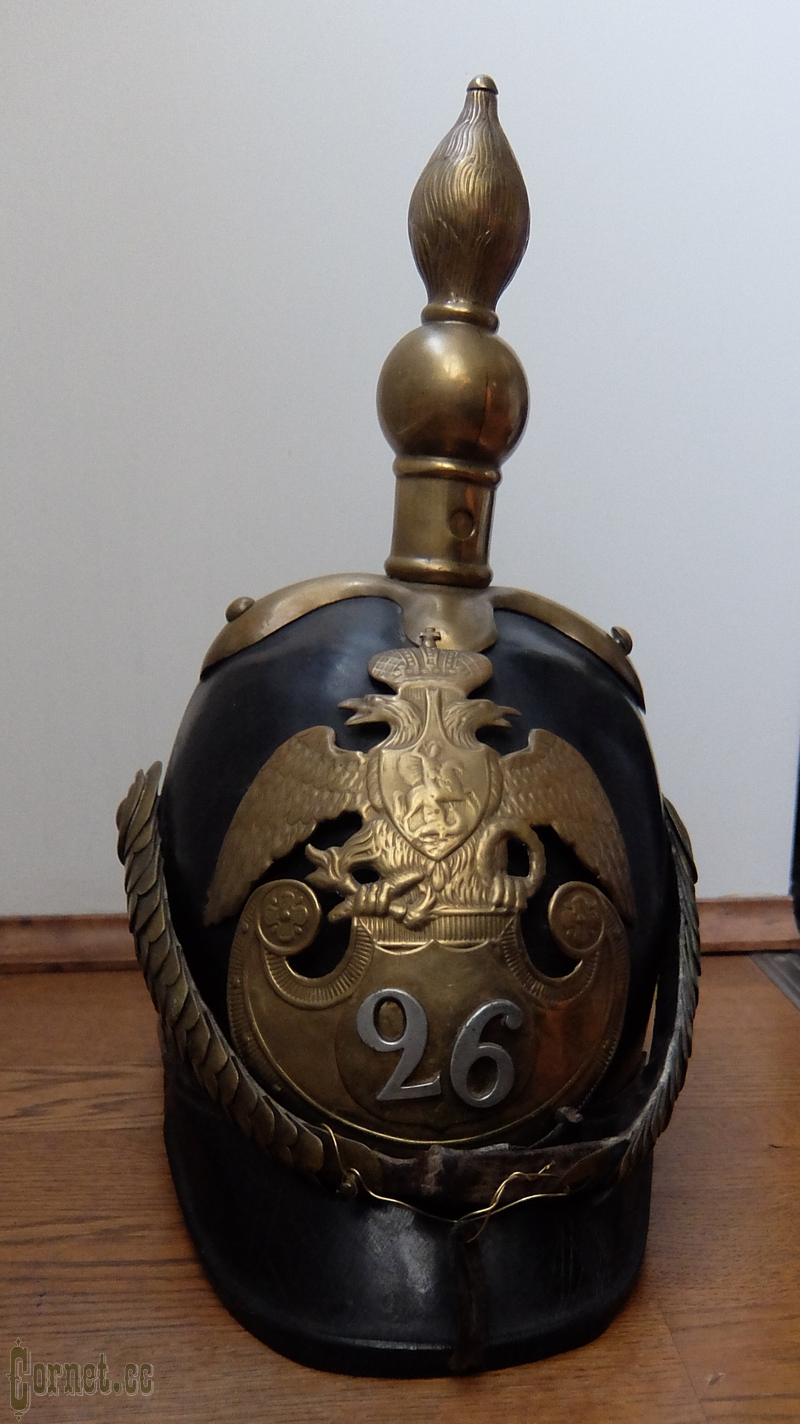 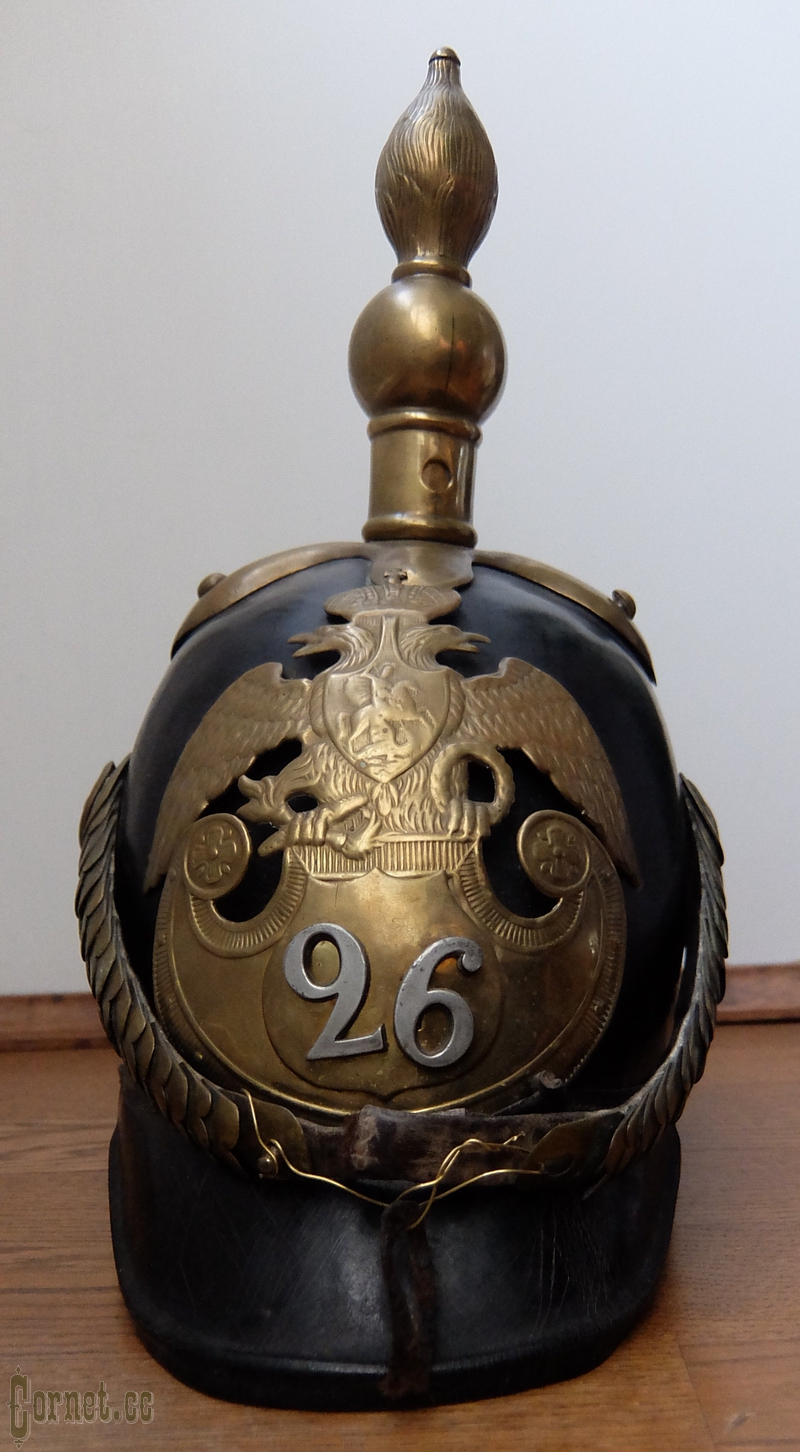 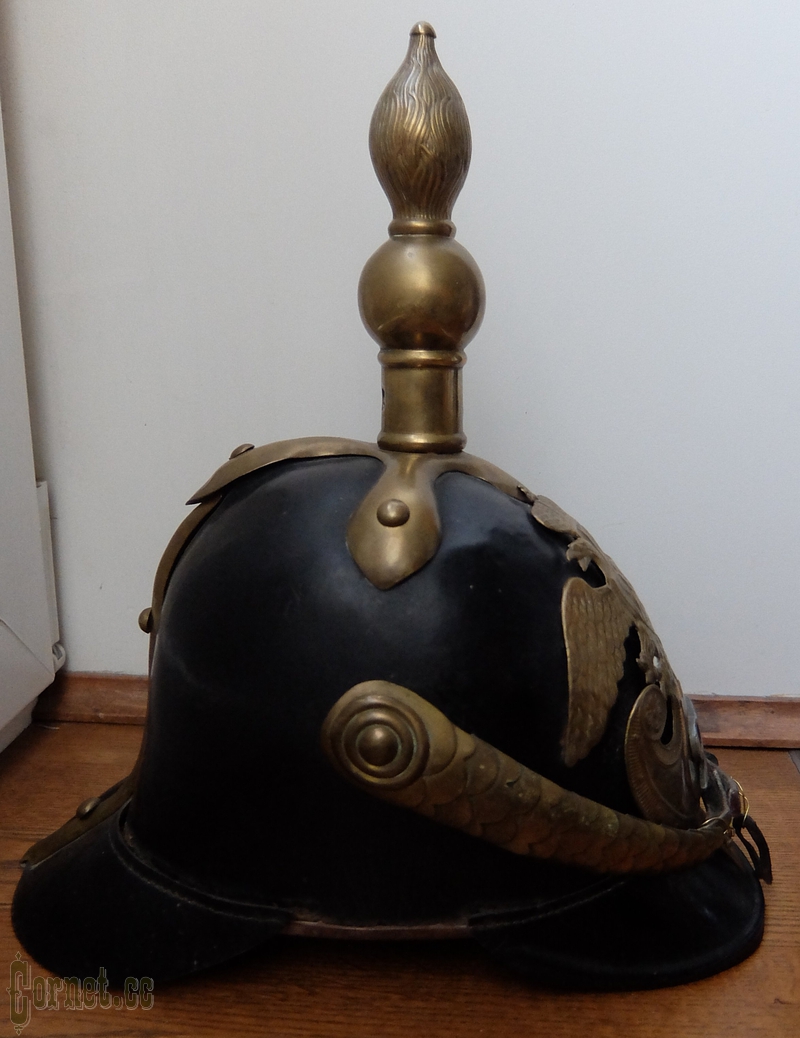 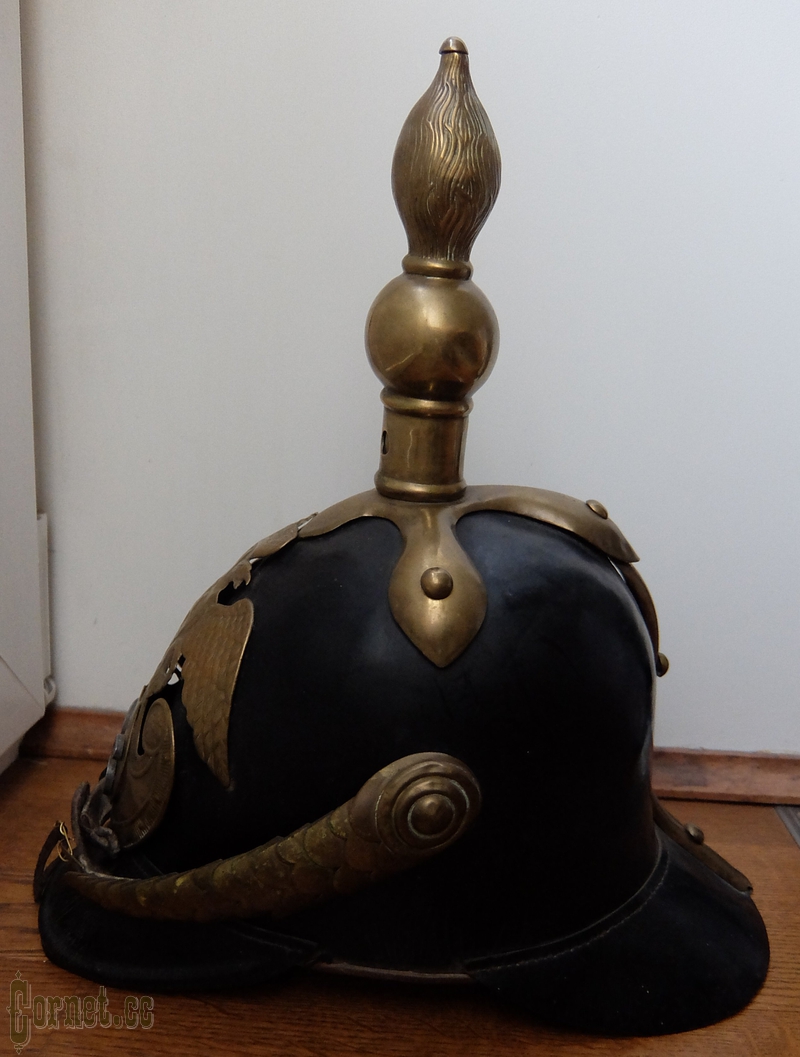 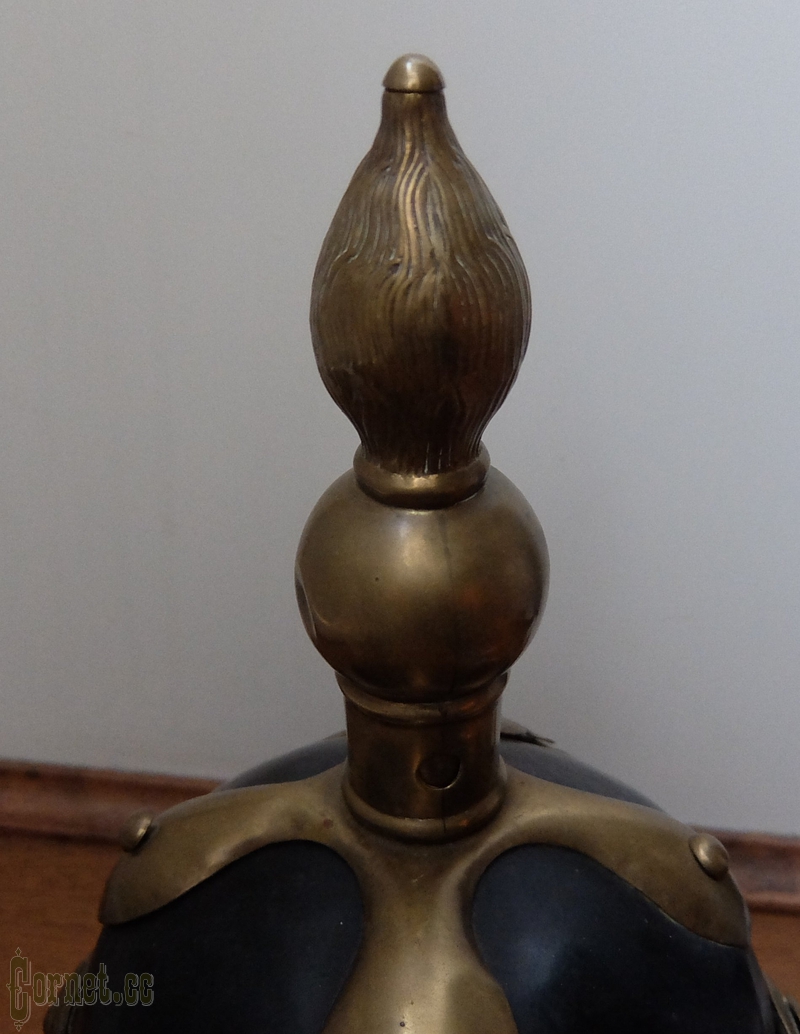 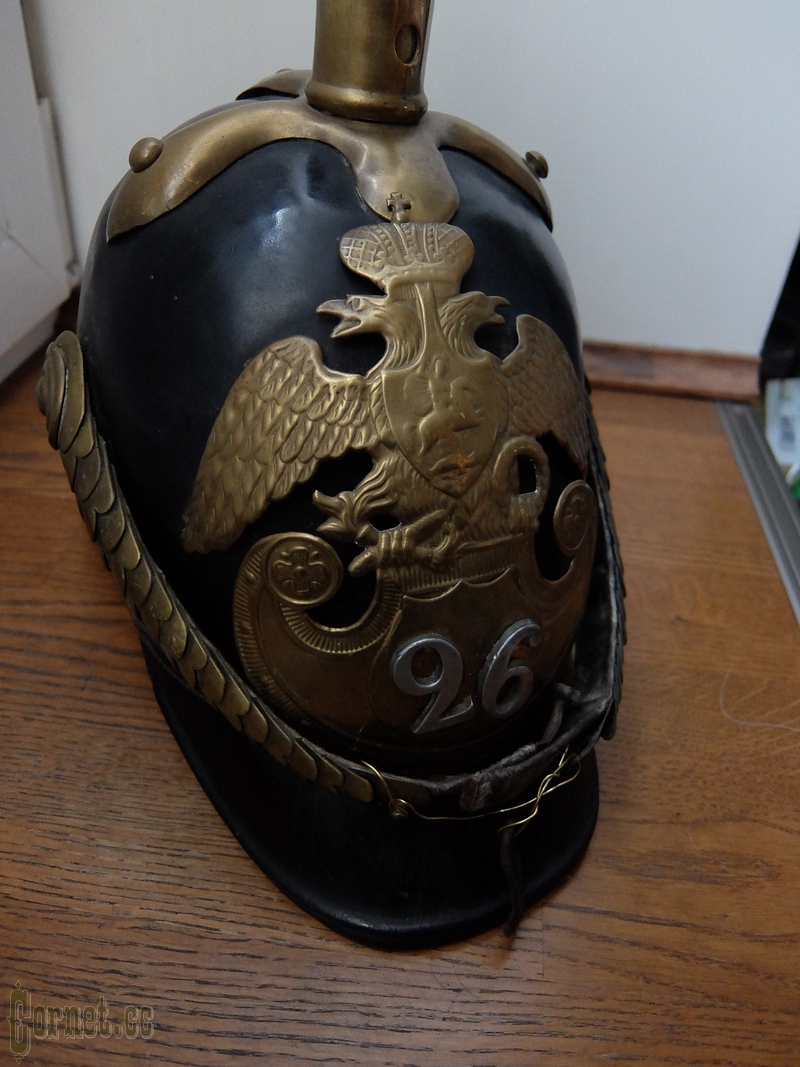 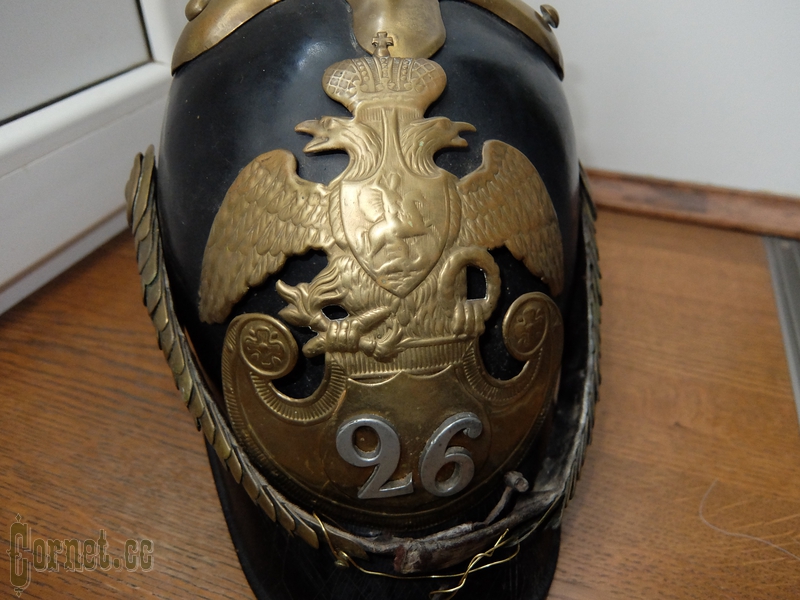 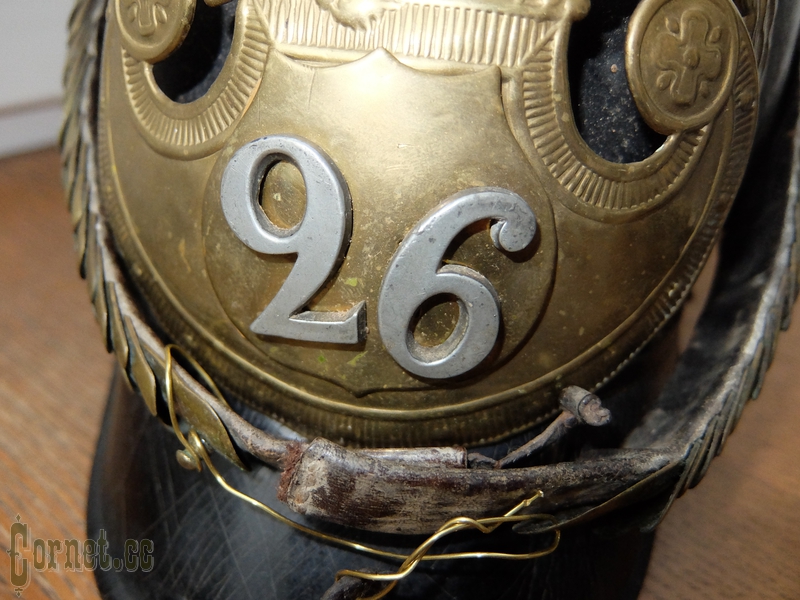 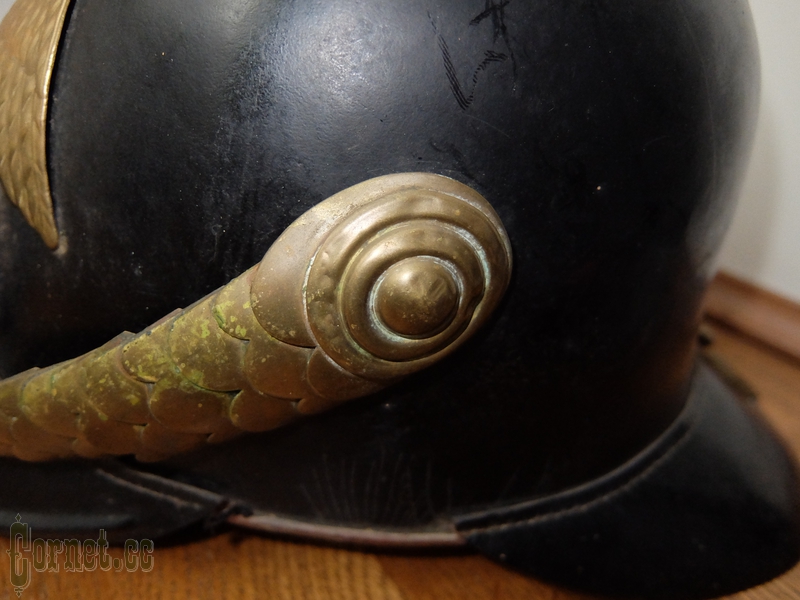 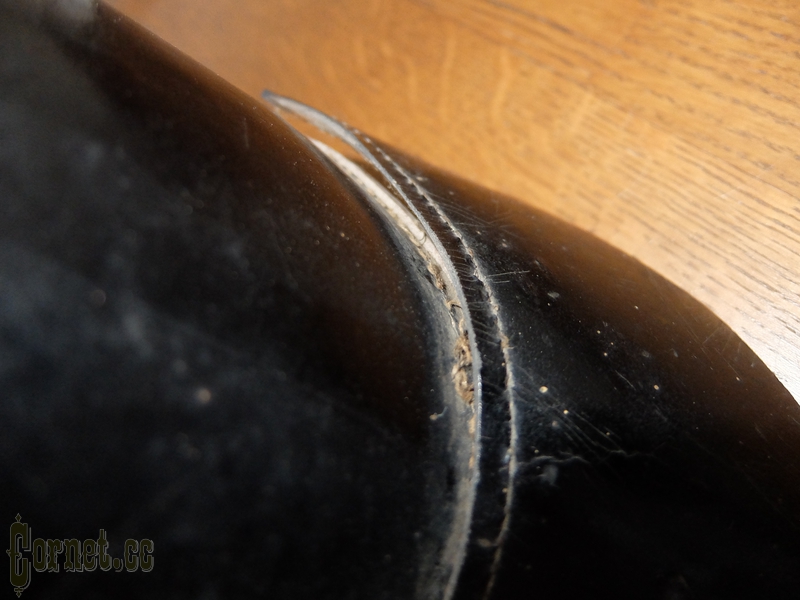 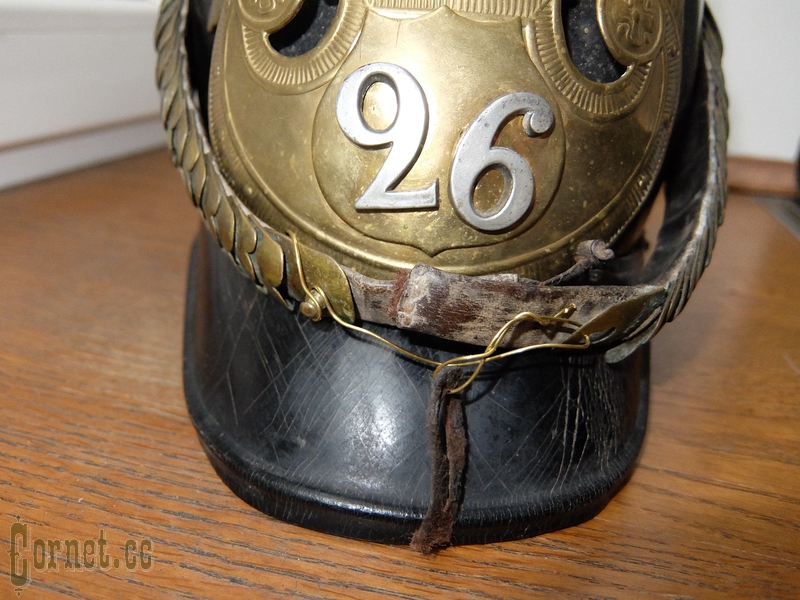 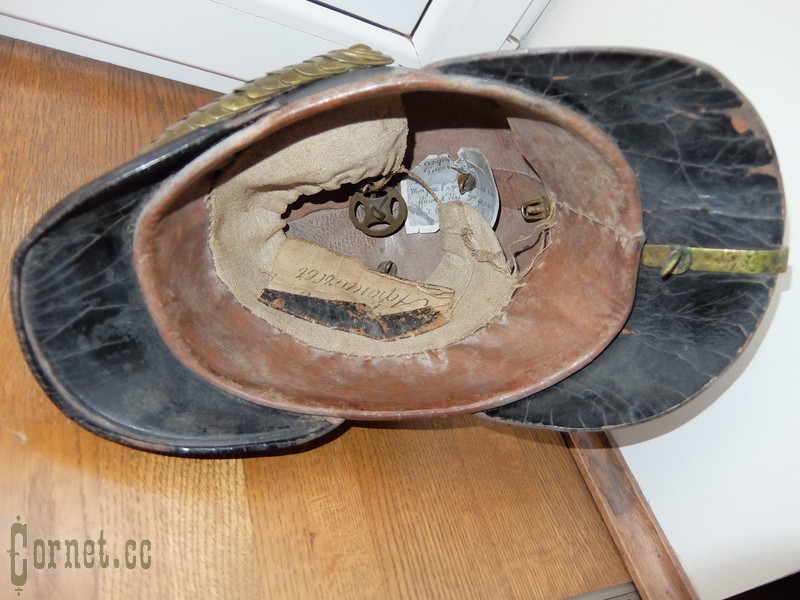 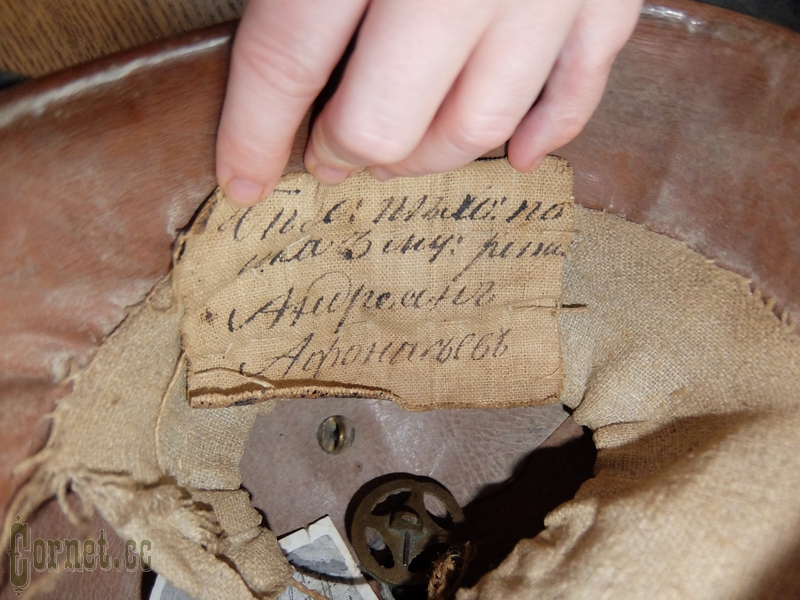 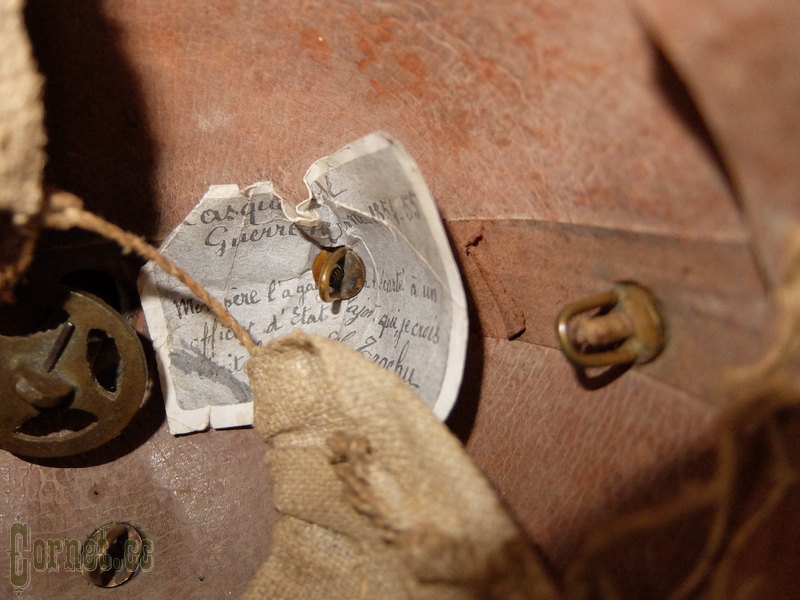 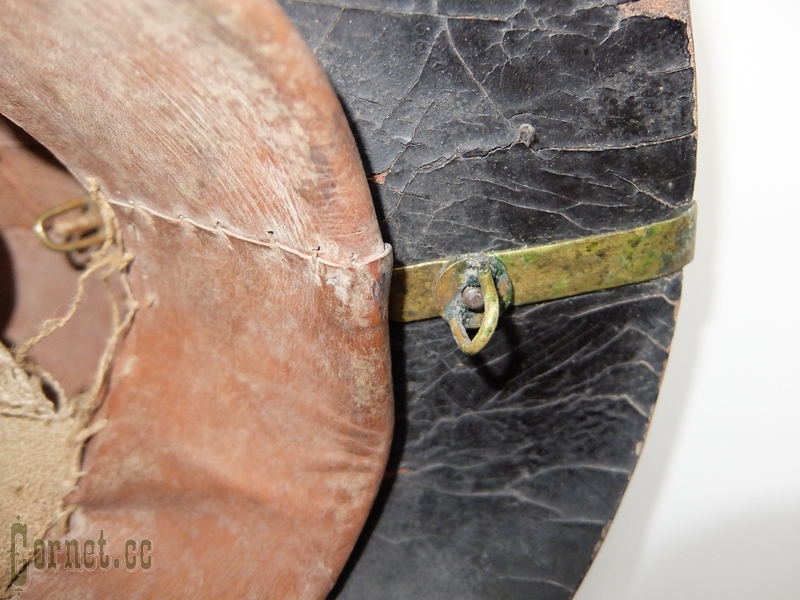 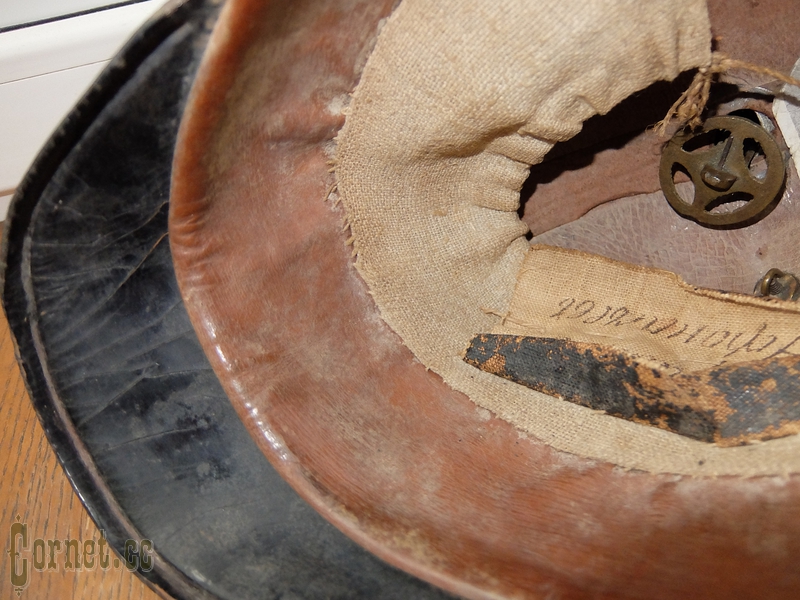 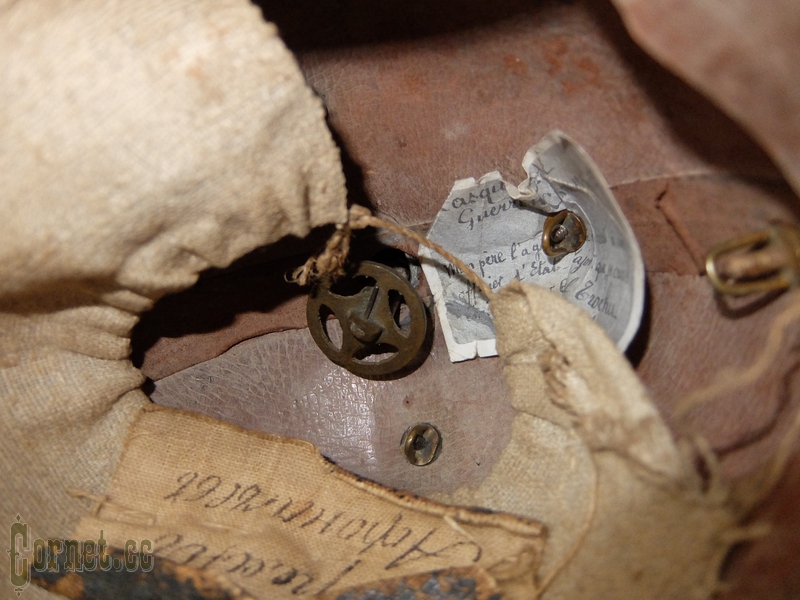 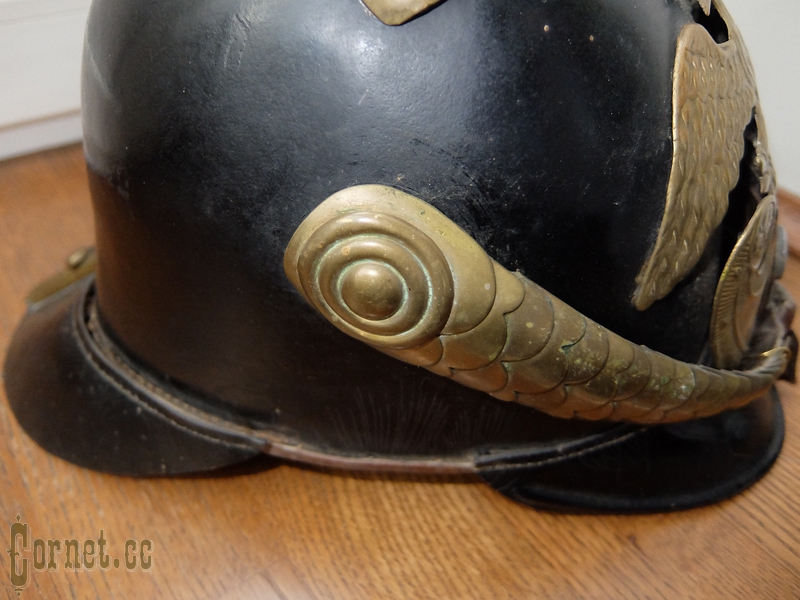 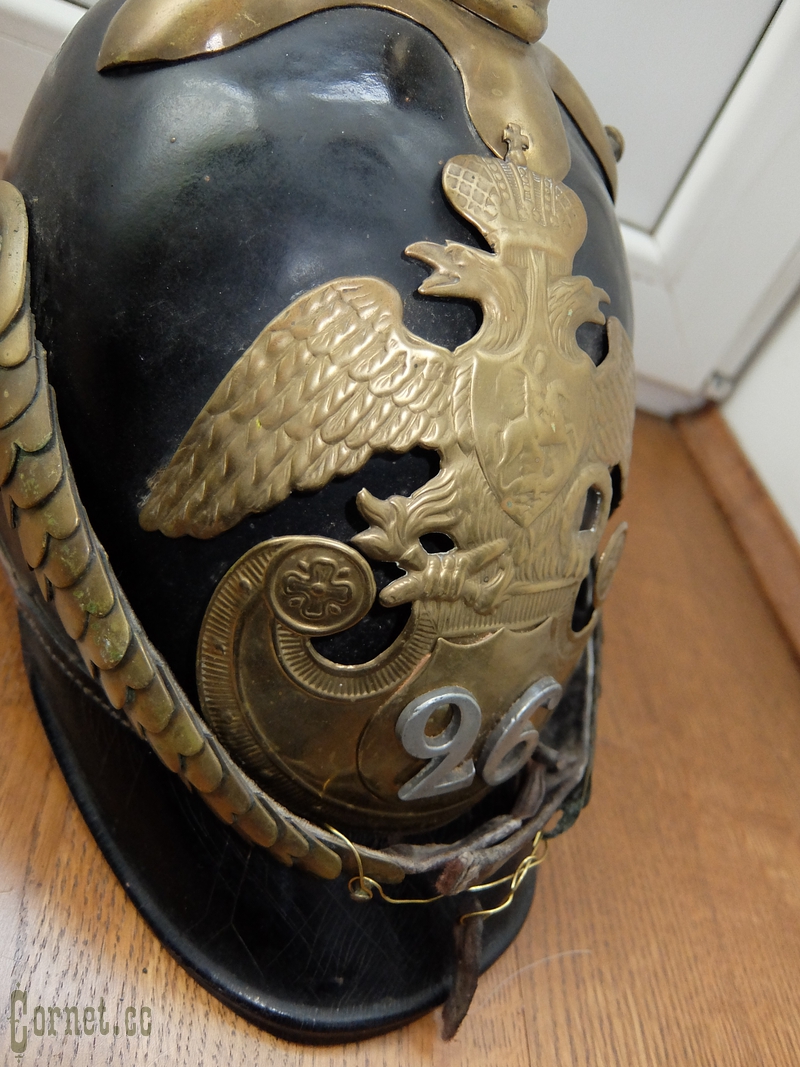 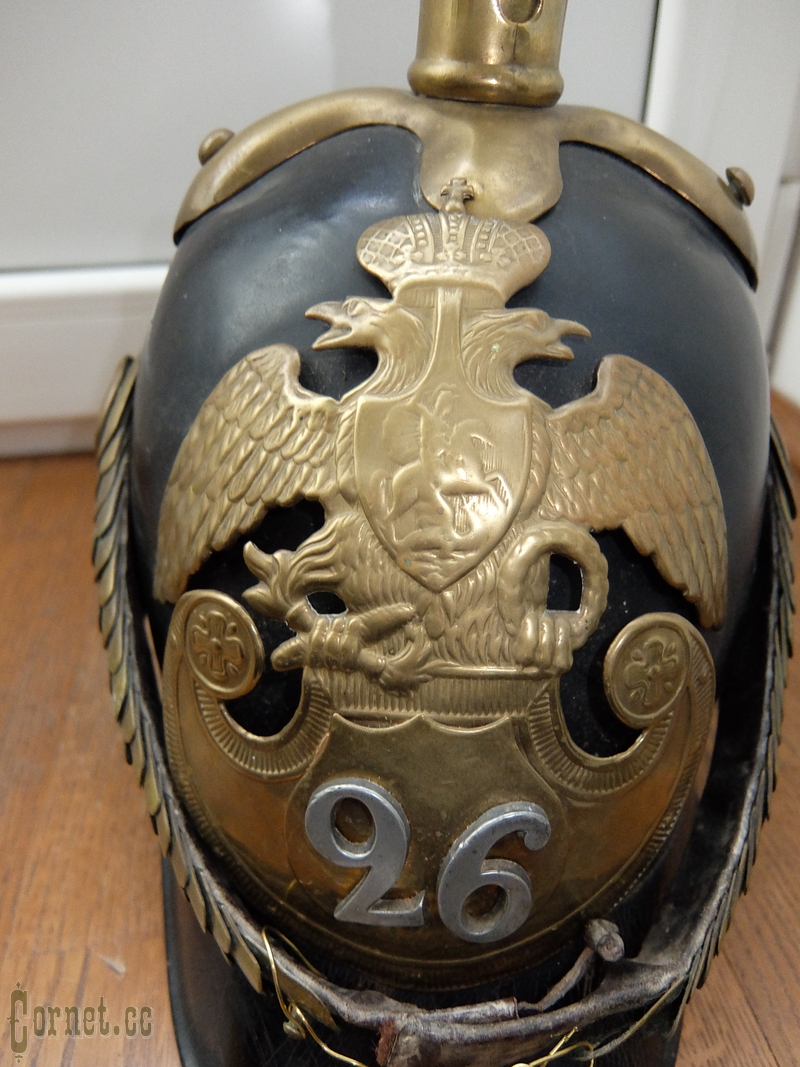 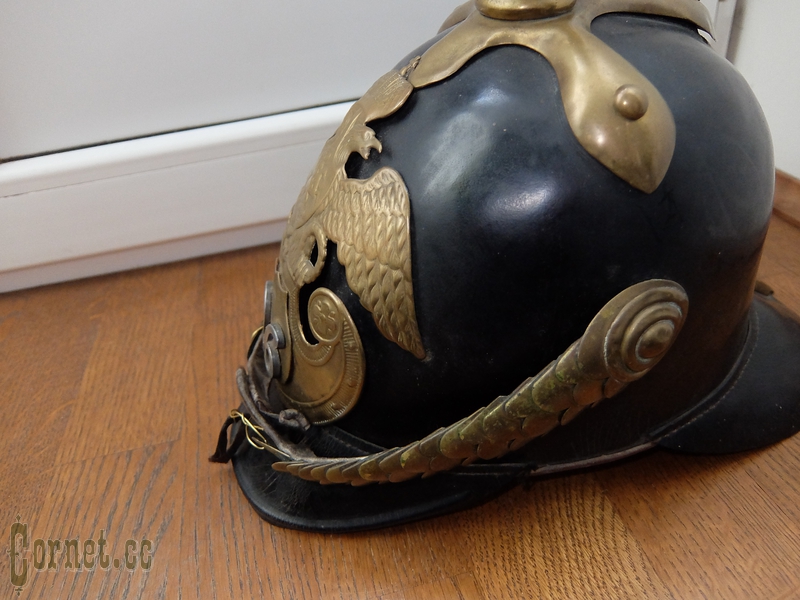 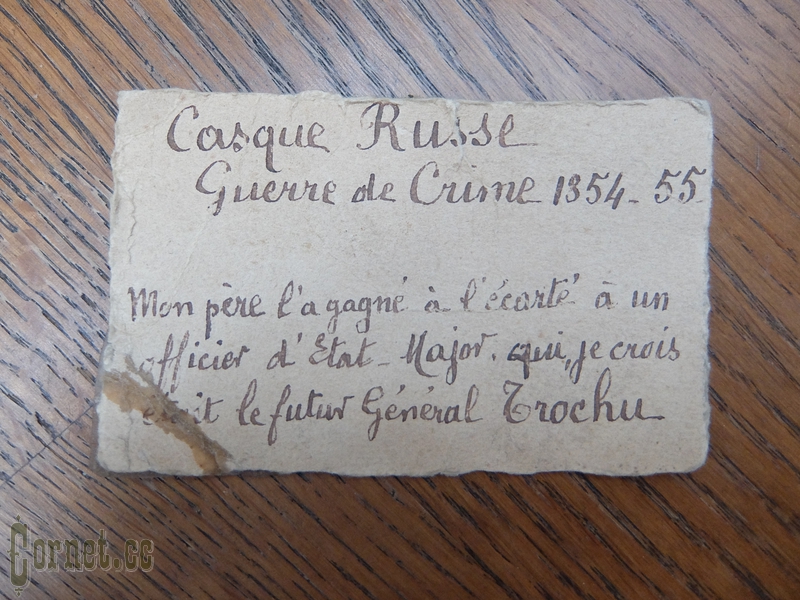