The Russian Empire. Medal and miniature "For diligence" of the period of the reign of Emperor Nicholas II (1894-1917). Established in December 1801. The medal was awarded to officers, lower military ranks, ranks of the convoy guard, police and fire brigades, civilians of all departments, including women, for long service, as well as for various services rendered to the government, including for the fight against the revolutionary movement.

Silver. Diameter 28.25 mm. The diameter of the miniature is 16 mm. Medals were worn on the chest. Stanislavskaya tape - original. 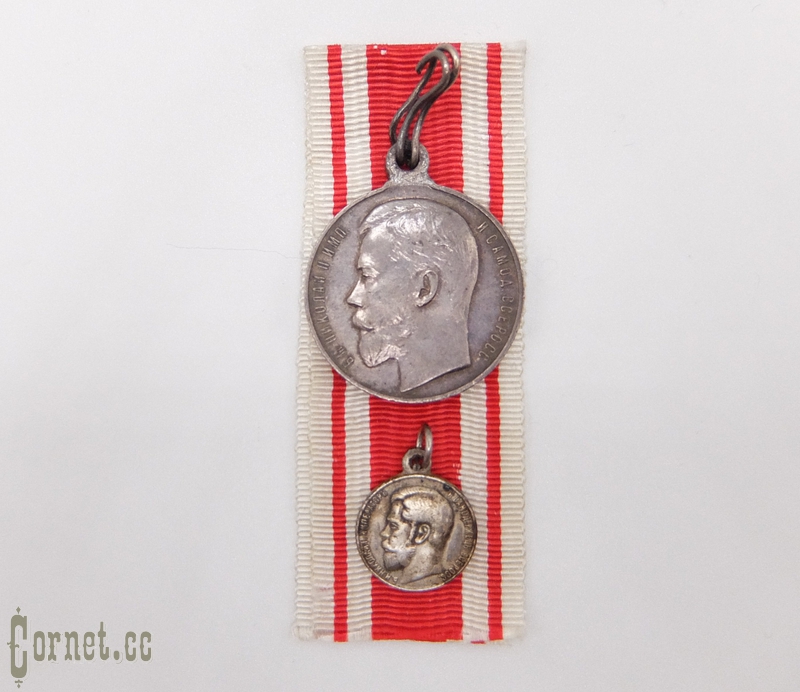 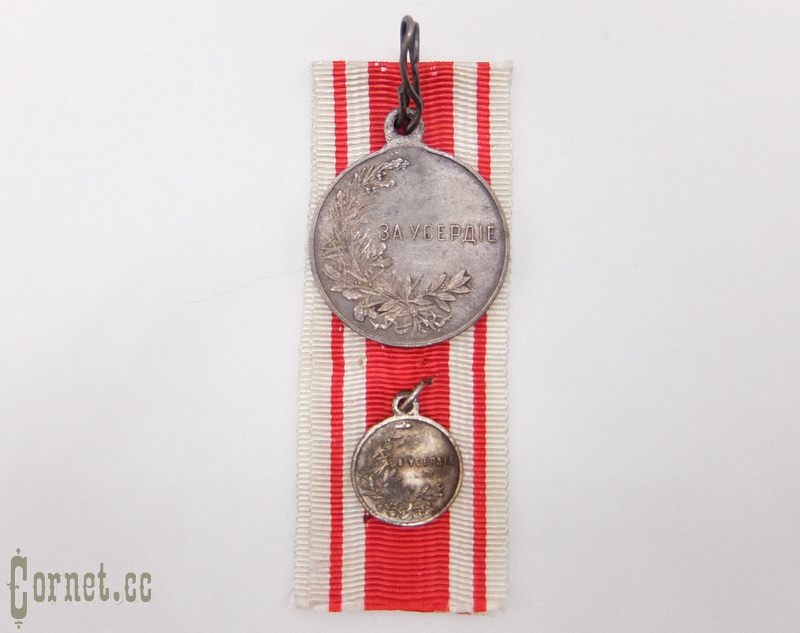 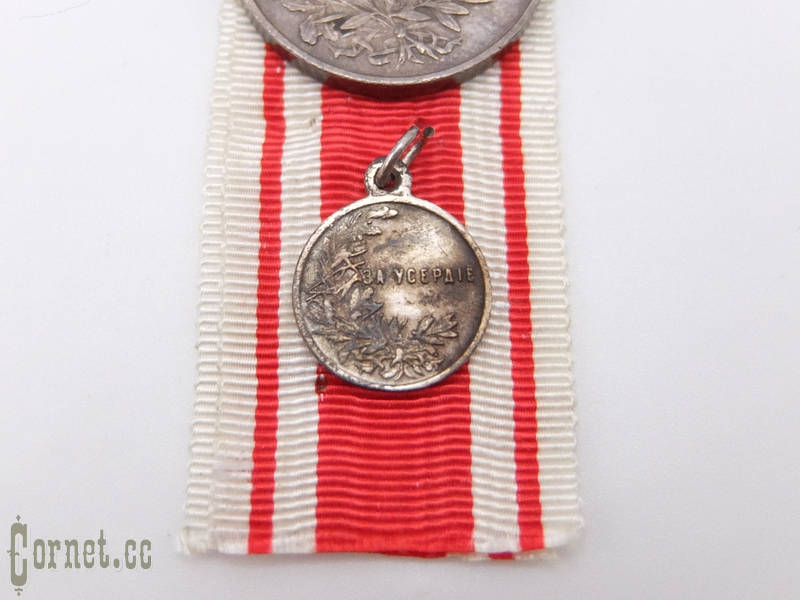 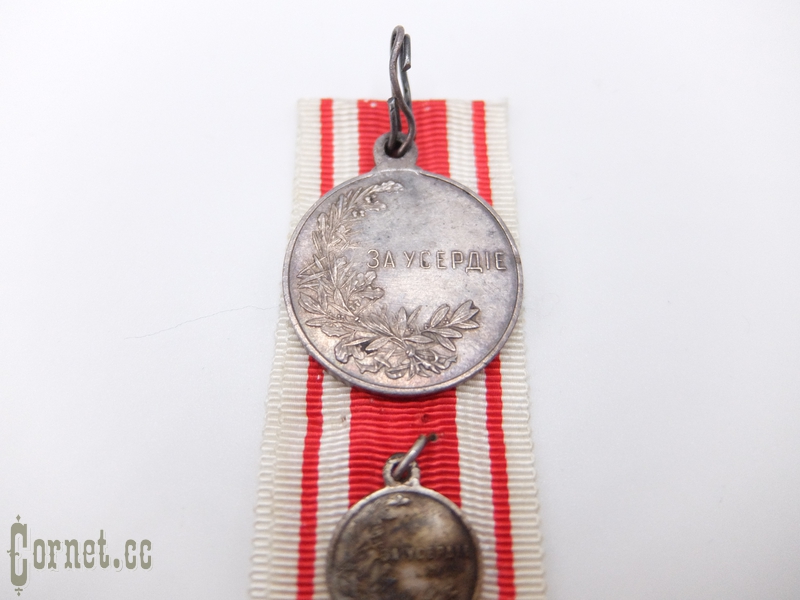 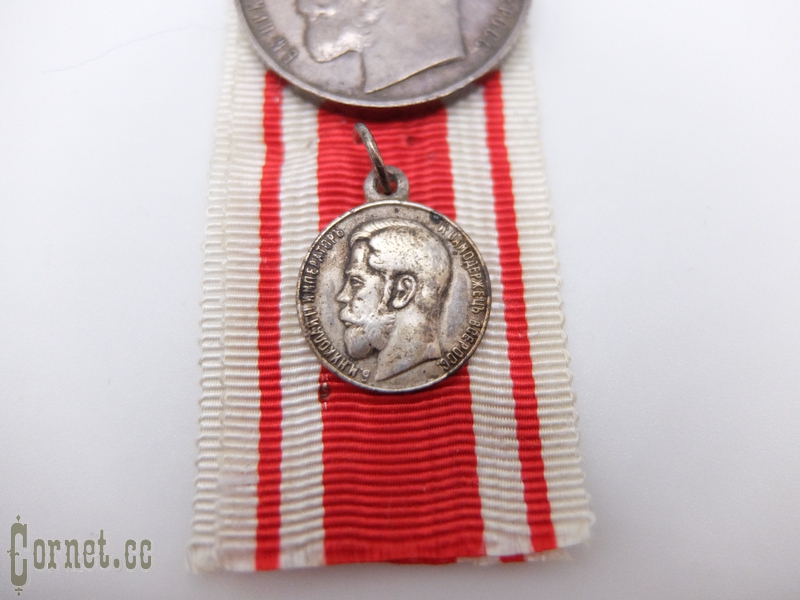