The Russian Empire. St. George's Cross of the 3rd degree number 8591. Awarded-Dmitriev Fyodor Dmitrievich-89 infantry Belomorsky of His Imperial Highness the Heir to the Tsarevich regiment, Prime sergeant. For the fact that on 8.12.1914, near the village Skovronno, being in a separate outpost, held the point, repulsing the enemy with a force of more than a company (previously awarded the cross of the 4th degree No. 48152).

Award for the lower ranks of the period of the First World War for bravery and personal courage.The insignia of the Order is a cross with blades expanding towards the end. In the center of the cross there is a round-shaped medallion, on the front side of which Saint George is depicted striking a snake. On the reverse side of the medallion, the letters C and G were applied in the form of a monogram. The cross bars on the front side remained clean, and the serial number of the award was applied on the reverse. It was necessary to wear the cross on the black and orange St. George ribbon ("the colors of smoke and flame"). 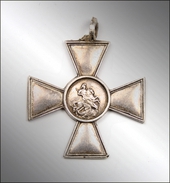 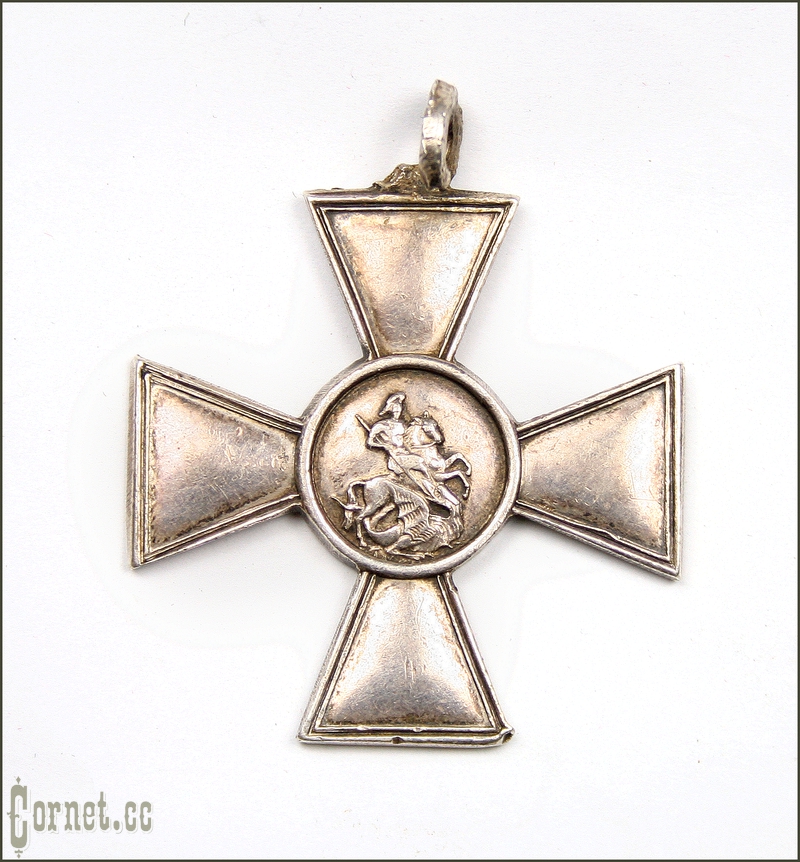 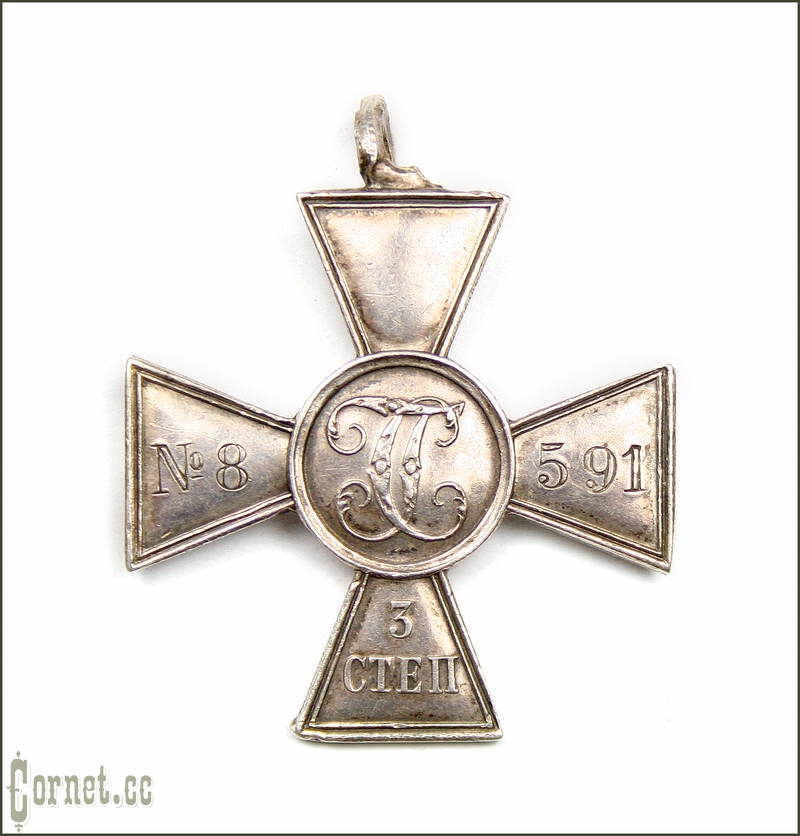 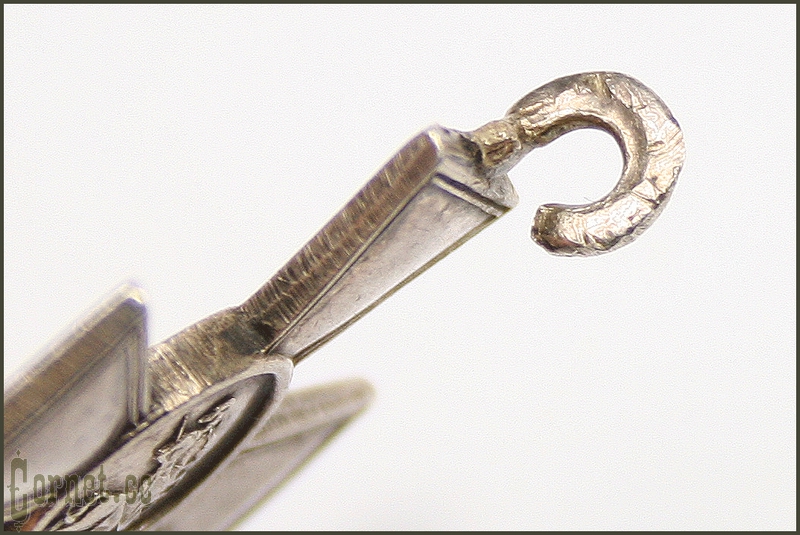