The Russian Empire. Medal and miniature "In memory of the 100th anniversary of the Patriotic War of 1812". Established on August 12, 1912. The medal was awarded to generals, admirals, officers, civil officials of the military and naval departments, lower ranks, who served on August 26, 1912 in military units and fleet commands that took part in the Patriotic War of 1812 (Against Napoleon) from the beginning to the final expulsion of the enemy from the borders of Russia. ( from June 12 to December 25, 1812). As well as all male descendants who participated in the war of 1812. The total circulation of the medal is 442,000. 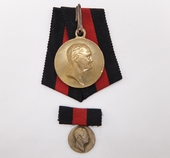 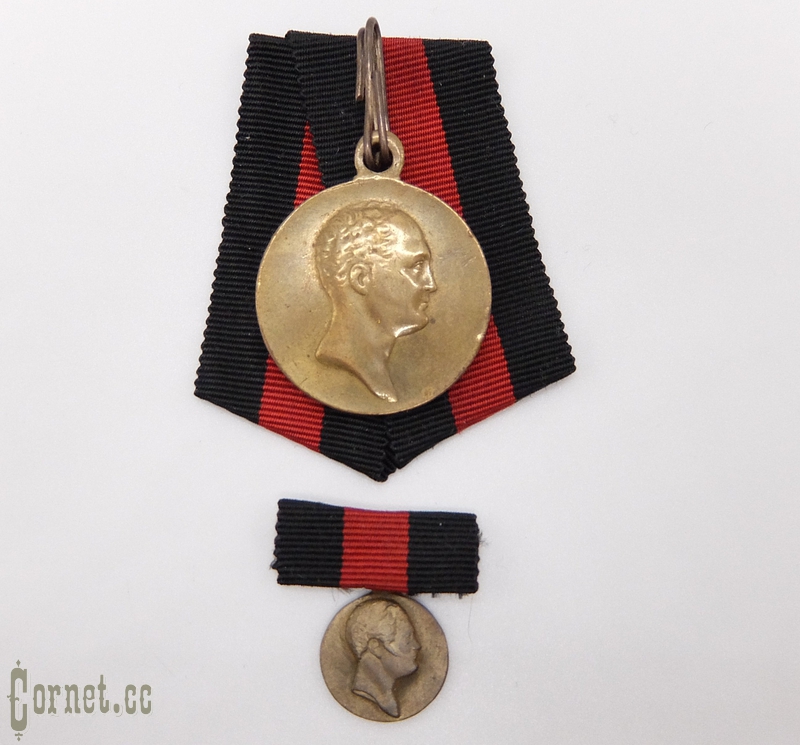 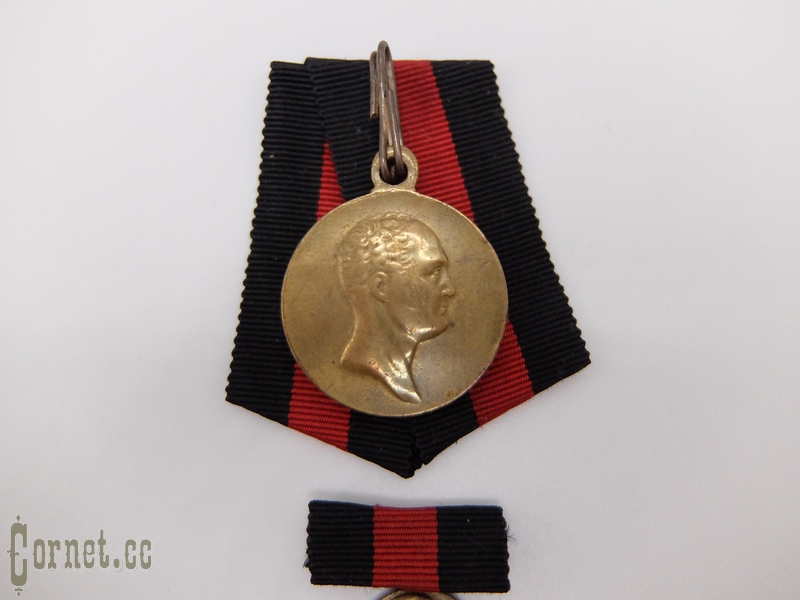 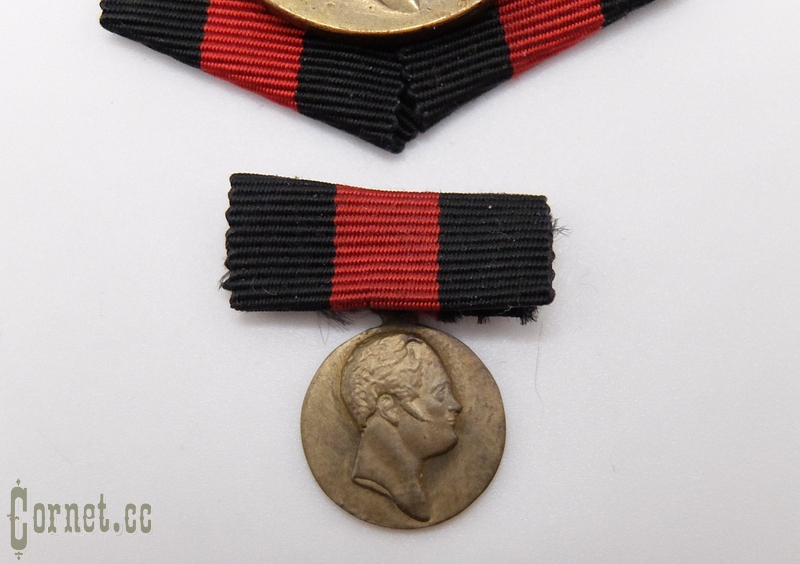 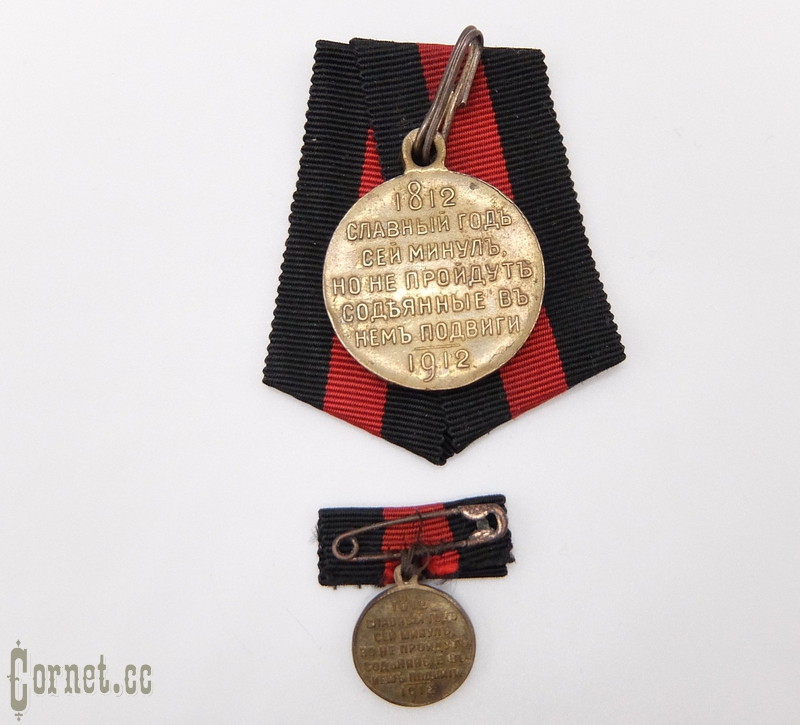 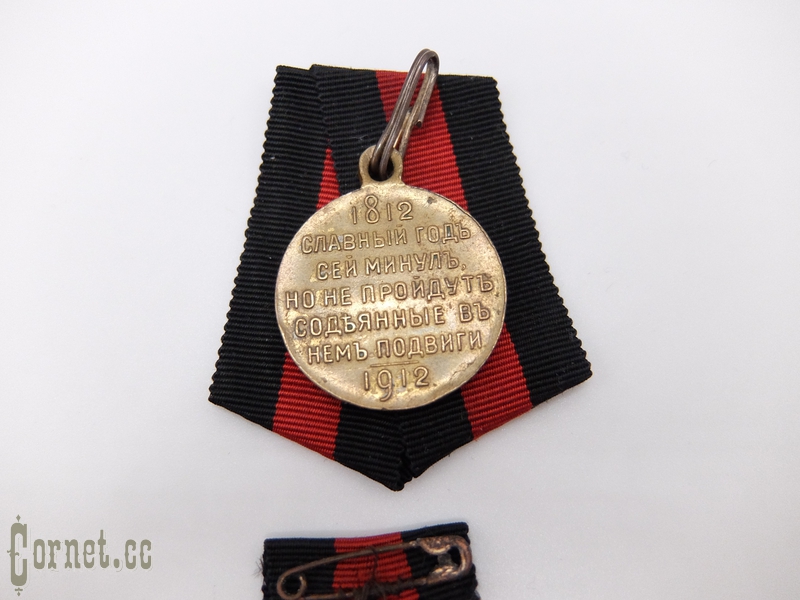 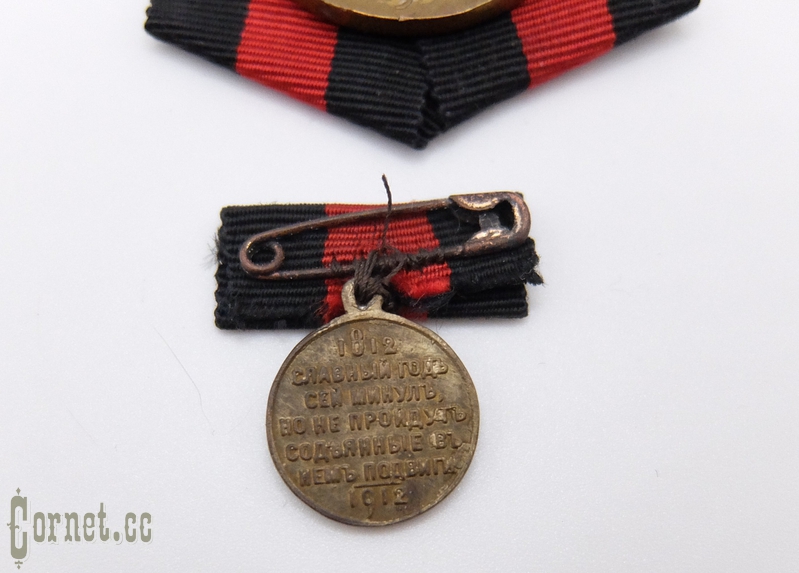