Imperial Russia - the USSR. Sashque (sword, sable) officer Cossack model of 1881/1910. On a blade on the one hand the coat of arms - an eagle, about other monogram of the emperor Nicholas II in which reign the owner of the weapon received the first officer rank. On a blade butt "Zlat. or. fabr." - Zlatoust weapon factory. On a handle head the monogram of the emperor Nicolay II-nd is closed by a laid on bronze star. The head is soldered, the wall thickness is 1 mm, the monogram was cut with a stichel using the metal sampling method. Obviously the owner of the weapon was called on service in RKKA (Russian Red Army) (most likely during the Second World War), but thus kept on a blade an Nicolay II abbreviation. The MOST RARE COMBINATION, UNIQUE!!!

Thong leather. A blade small curvature, with one wide and two narrow dales. Device metals and sheath the brass. A handle wooden, colored with cross fillets. The scabbard is wooden, painted, and there are no marks of acceptance. Total length 913mm, blade length 780mm, width at a heel 32mm. butt thickness 5mm. 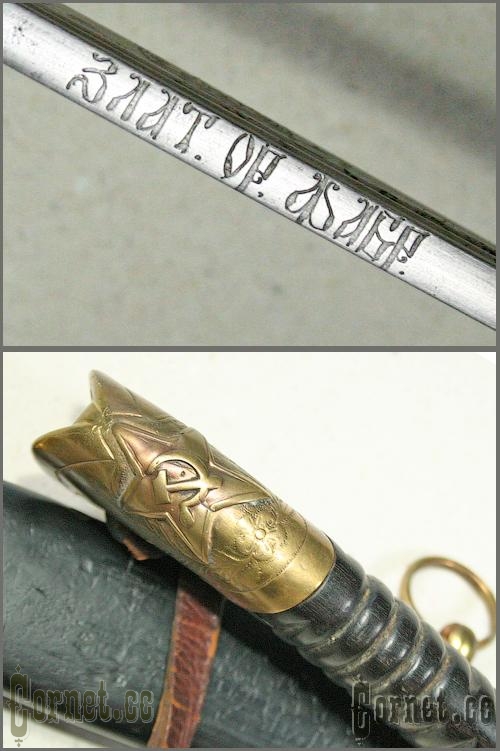 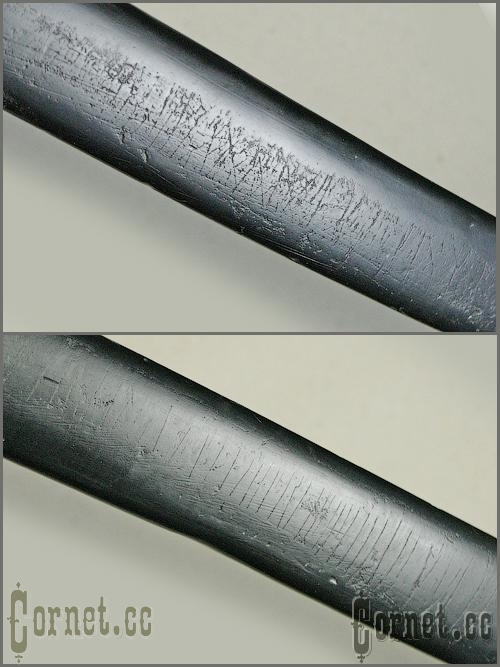 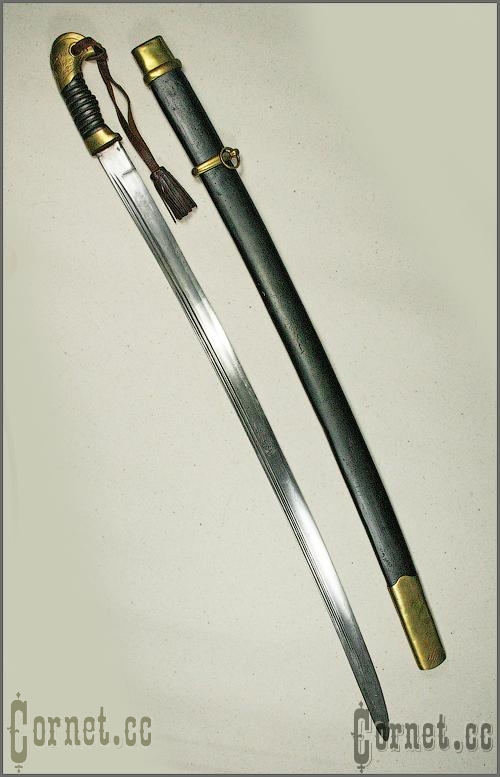 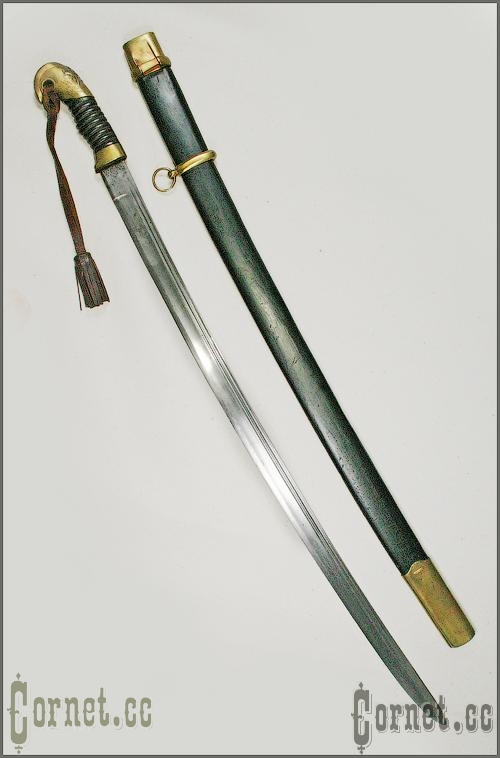 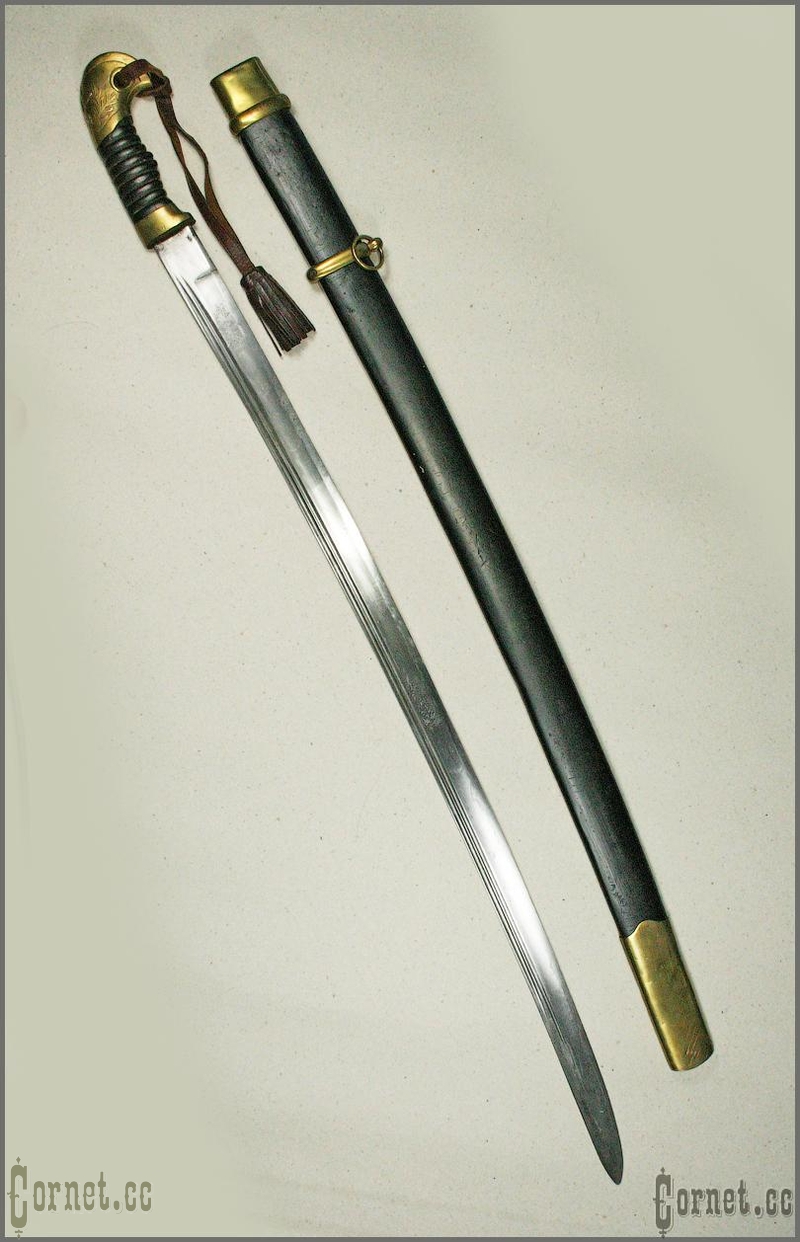 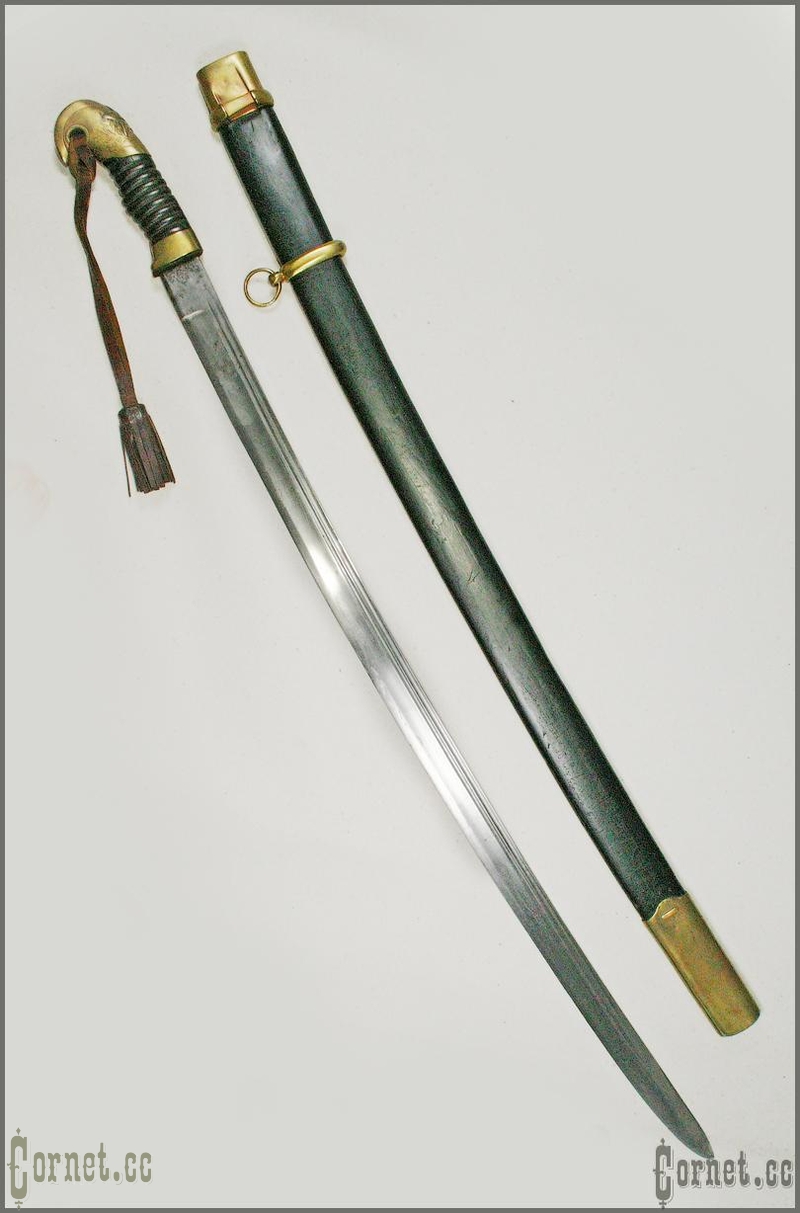