Approved on May 2, 1912. A badge in the form of the pommel of the regimental St. George banner with the regiment's motto "five against thirty". In the middle of the badge is the cross of the Order of St. George, framed by laurel branches. In the lower part there is a St. George ribbon in the form of a bow, to which the coat of arms of the city of Chernihiv is attached - a black eagle on a white field. 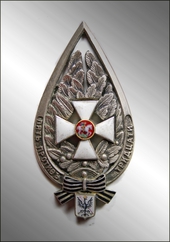 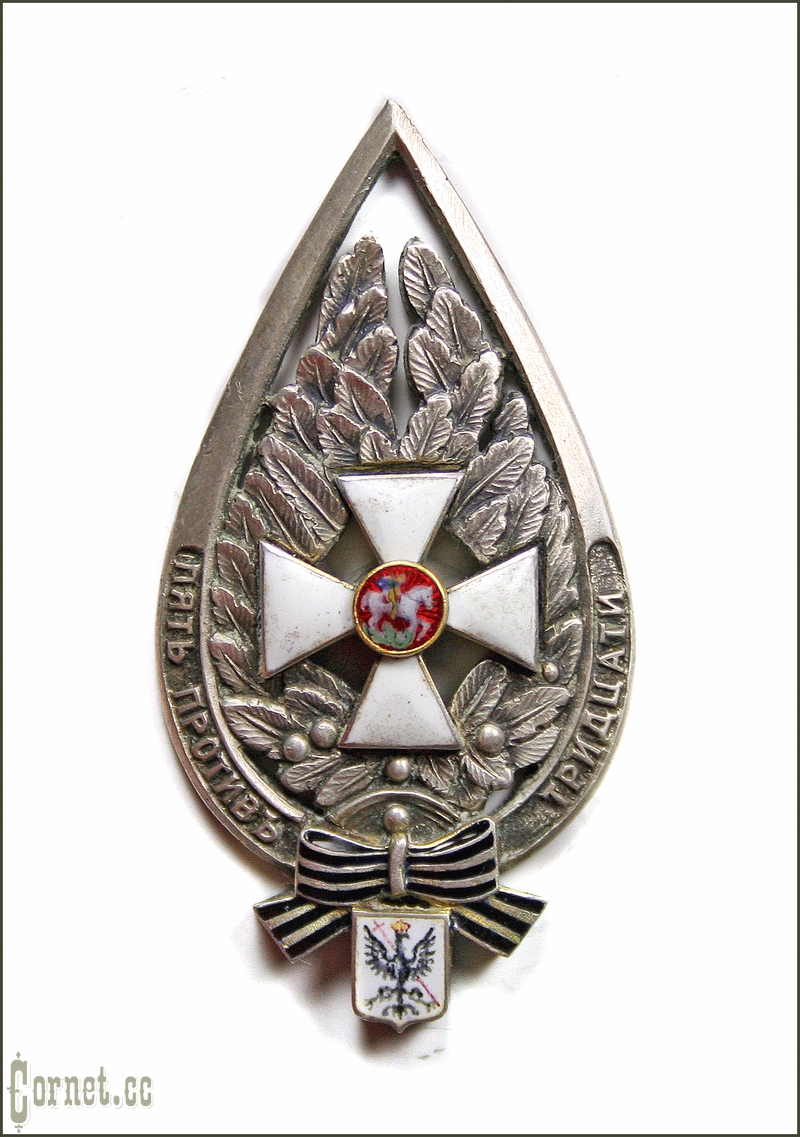 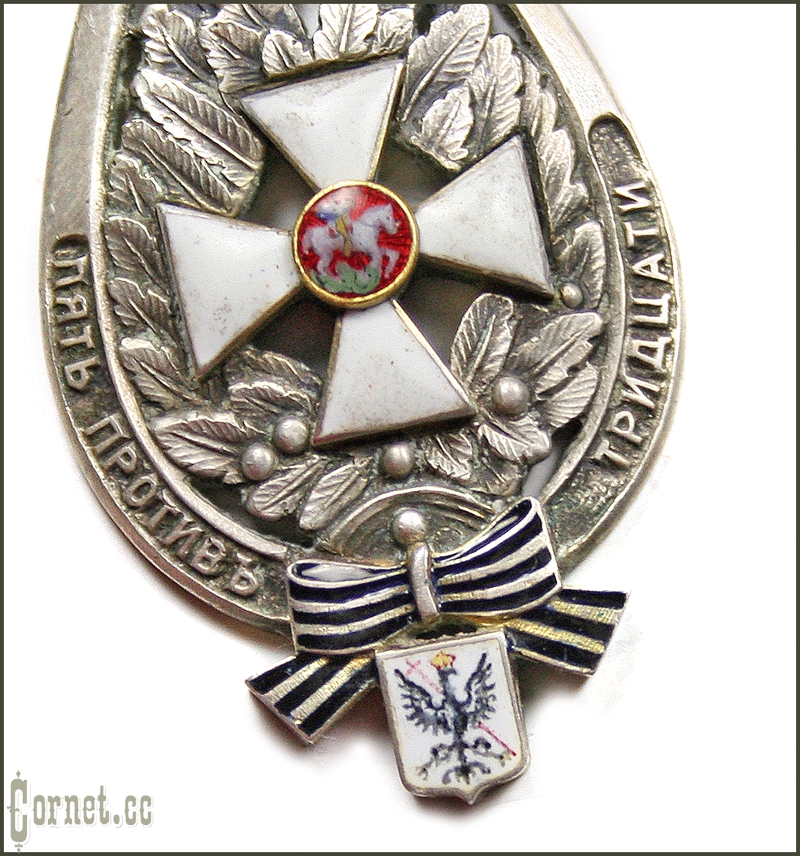 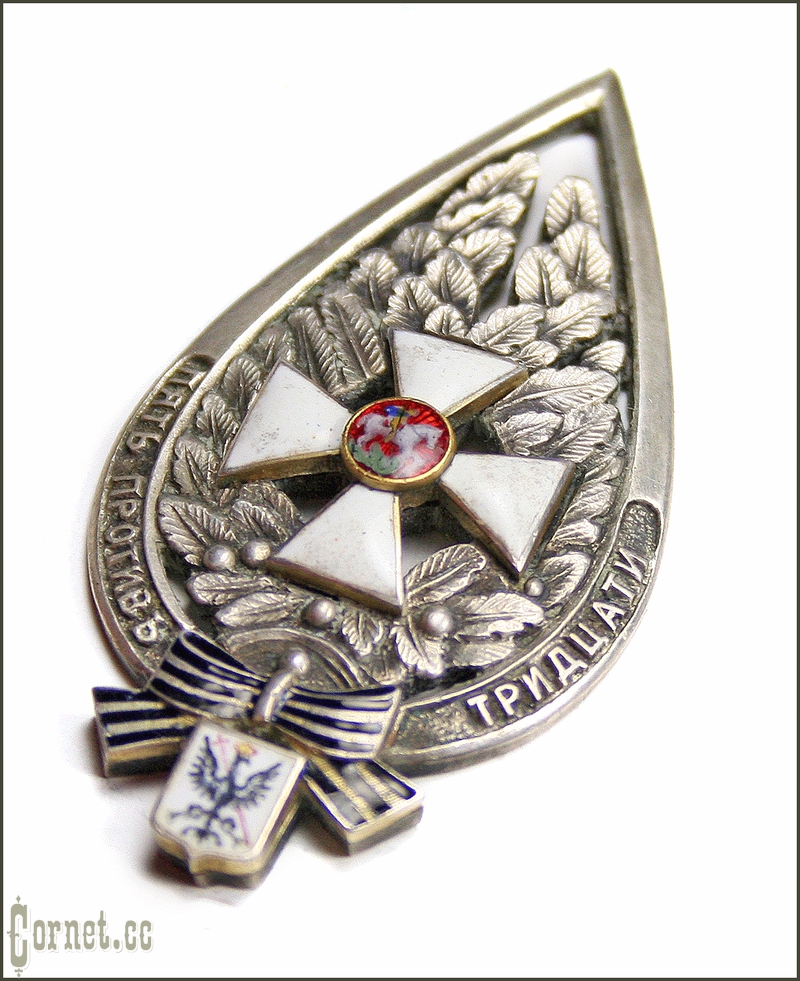 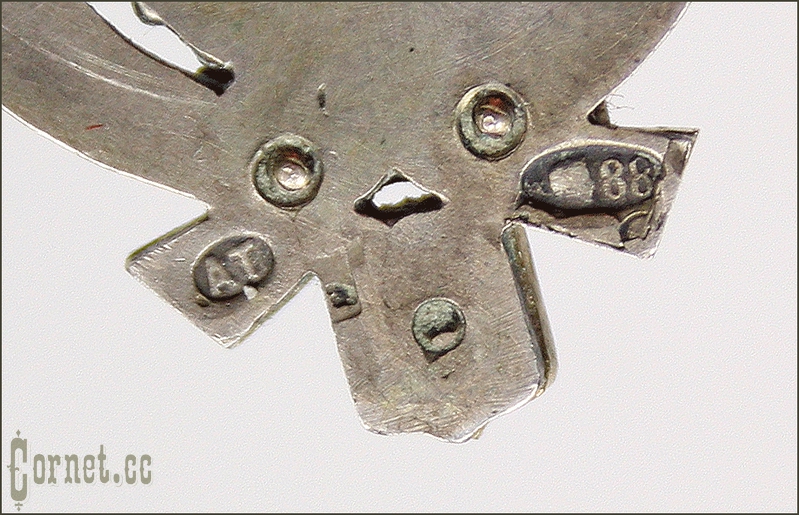 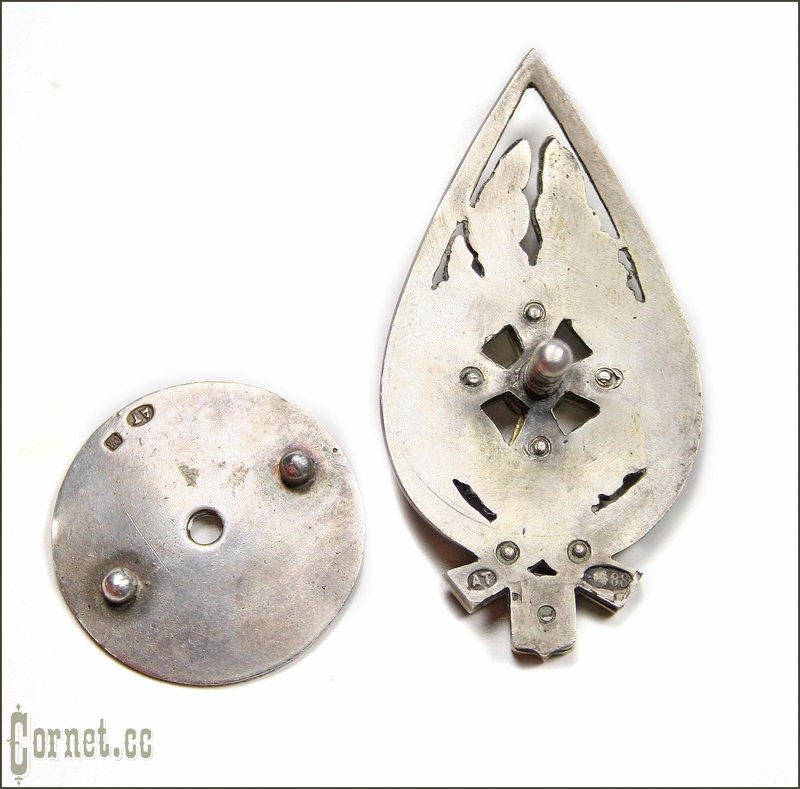 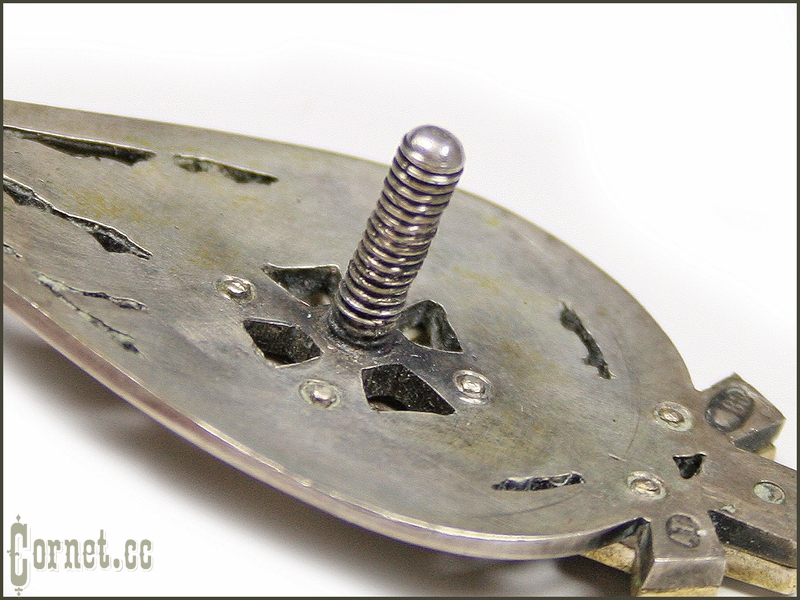 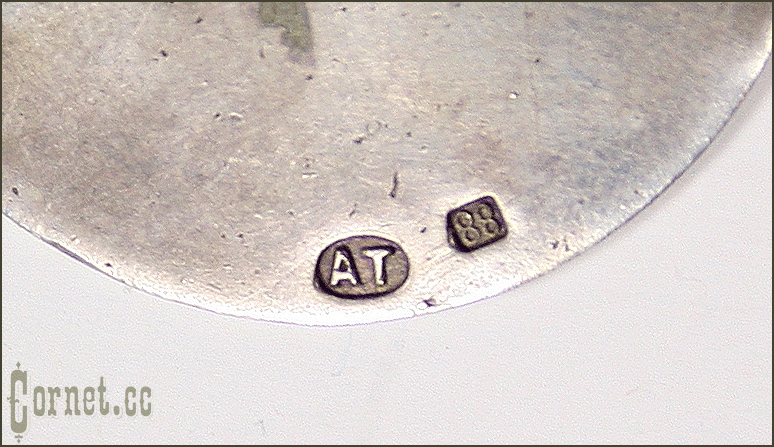