A badge in the form of a double-headed eagle resting on a figured shield. The eagle is crowned with the imperial crown. On the wings of the eagle are the monograms of the Emperors Paul I and Nicholas II, on the chest is the Moscow coat of arms. On the shield are crossed axes and a flaming grenade with the monogram of Grand Duke Peter Nikolaevich. On the edge of the shield are the dates "1797-1897".

Received from a family with a photo of the cavalier.

Silver. Assay stamp "84, cocooned head, alpha". The namesake of the master "AB" - Andrey Bragin ?, the sign of the certificate of complex products "head in a cocoanut" in a circle. Size 45*45mm.

The sign was clumsily attached to the cover of the family album (traces of attachment on the reverse). The screw is restored. The nut is matched. 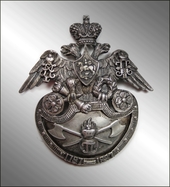 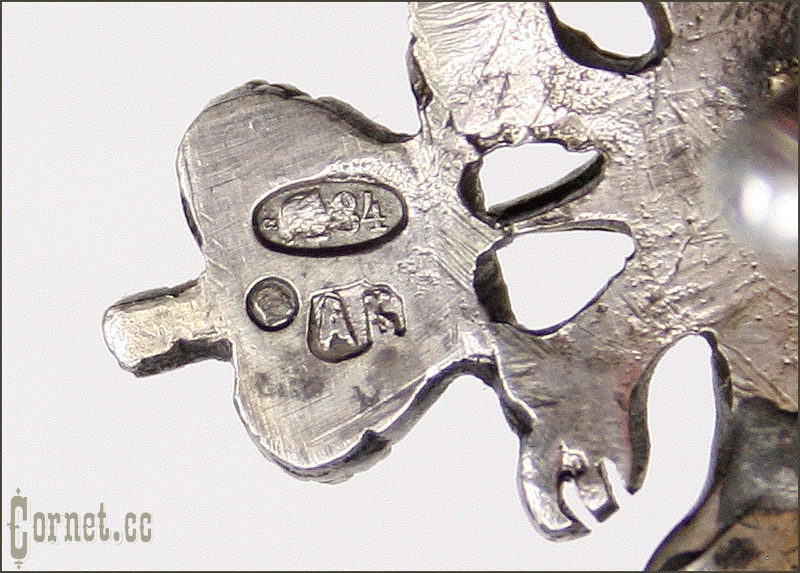 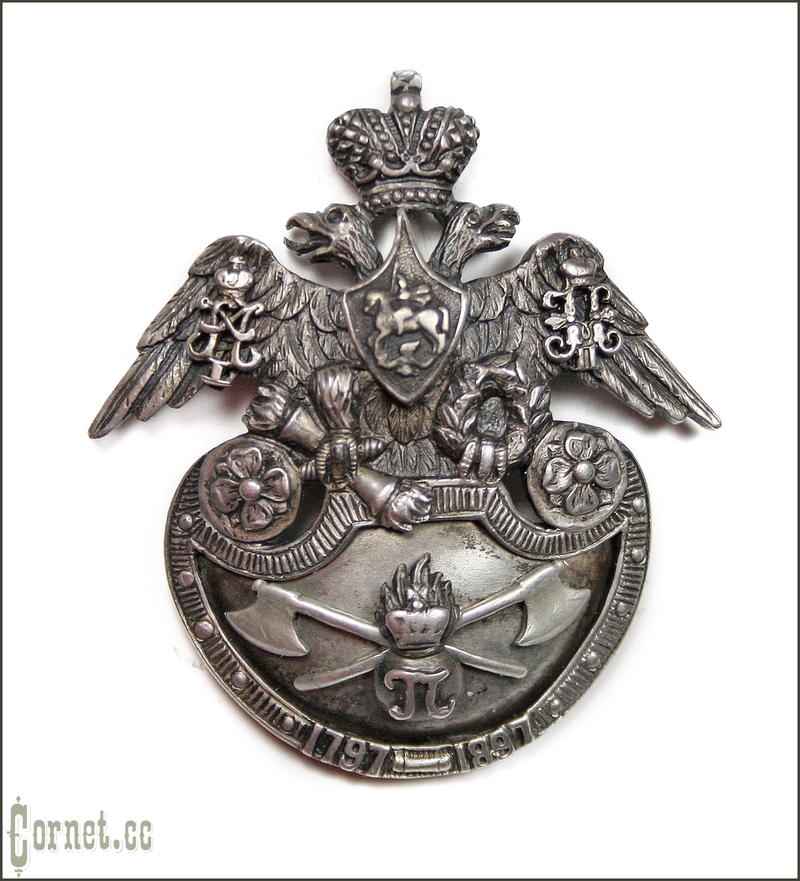 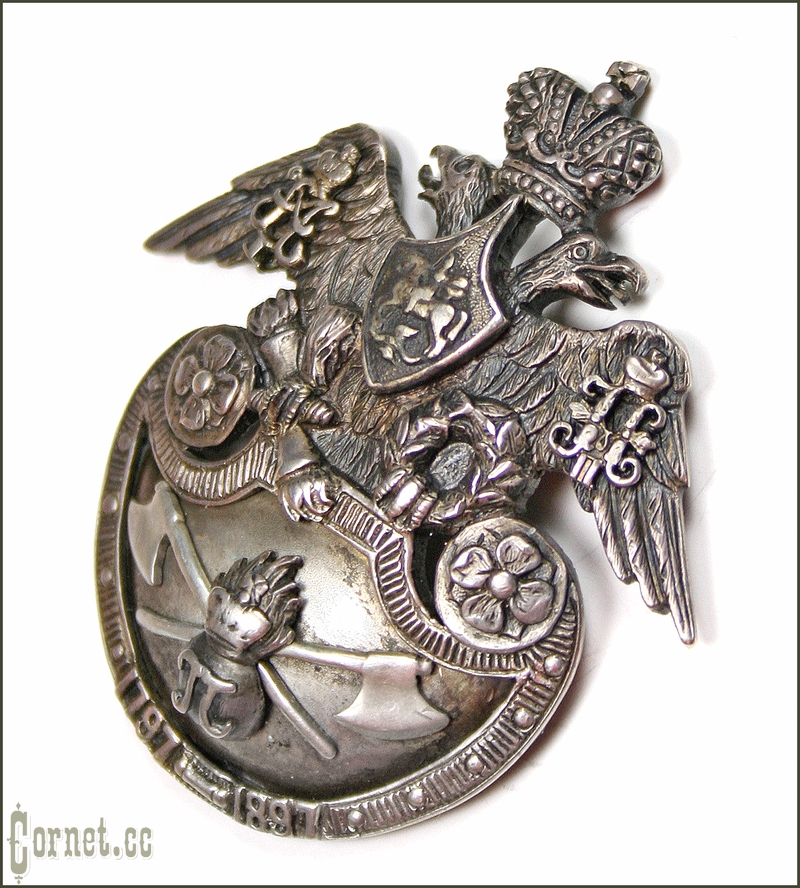 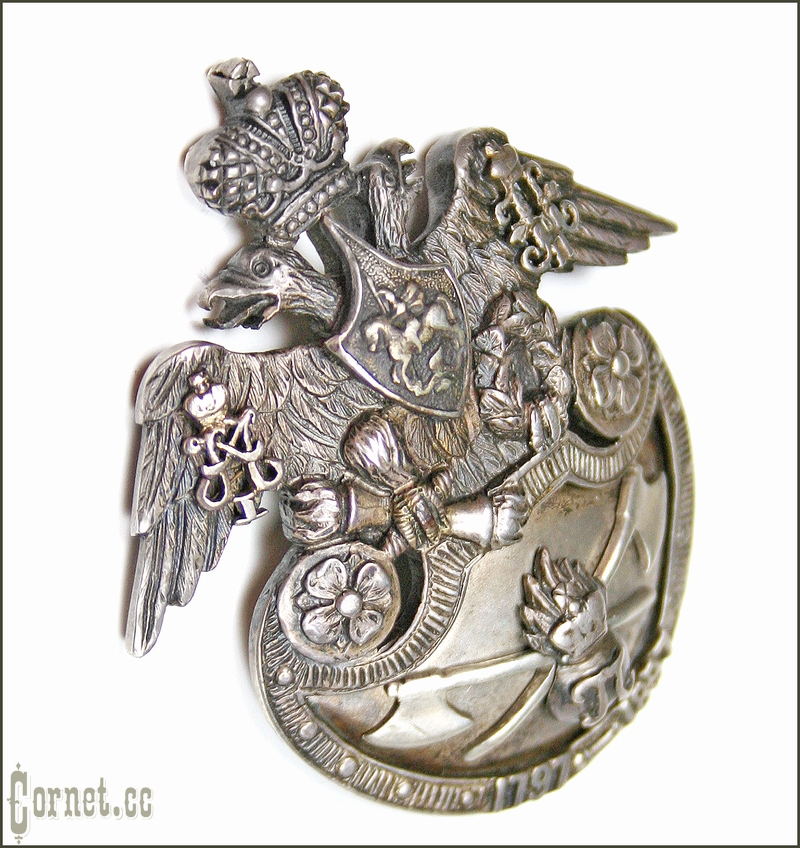 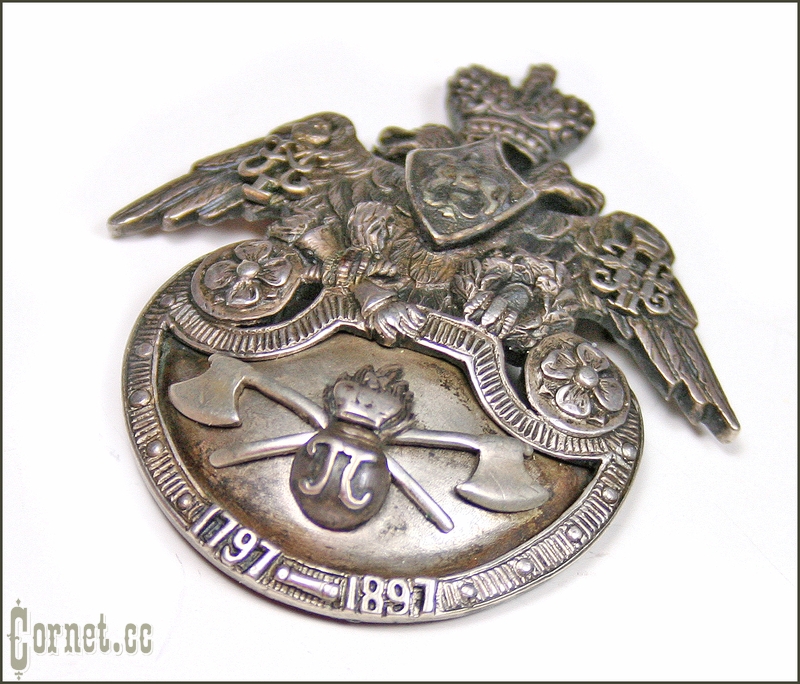 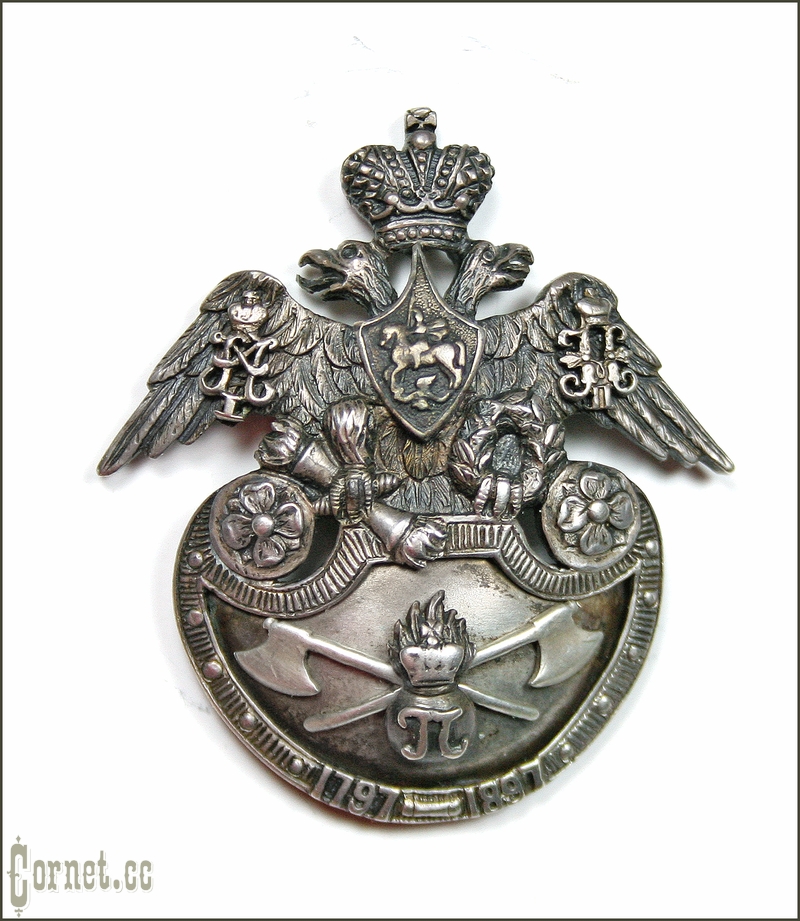 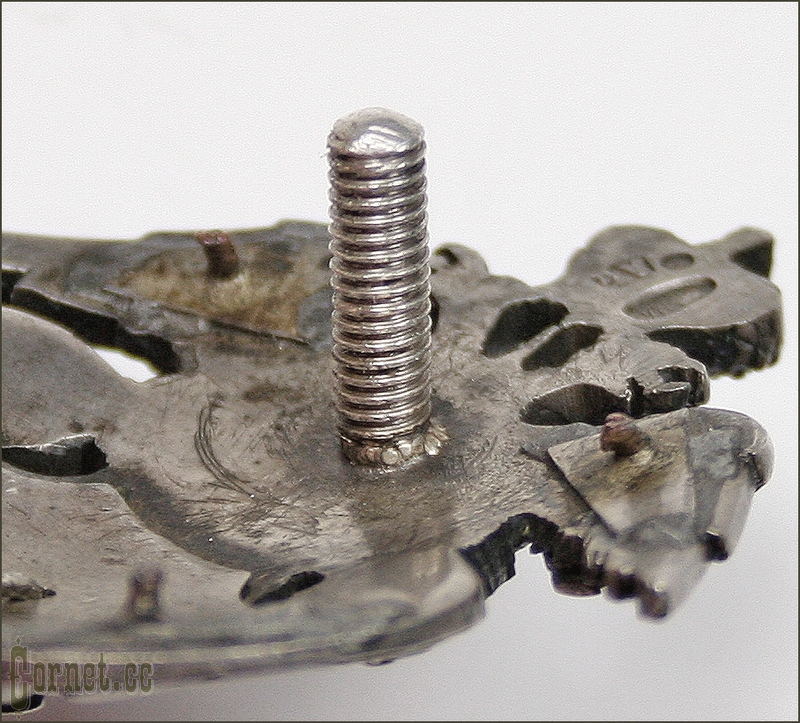 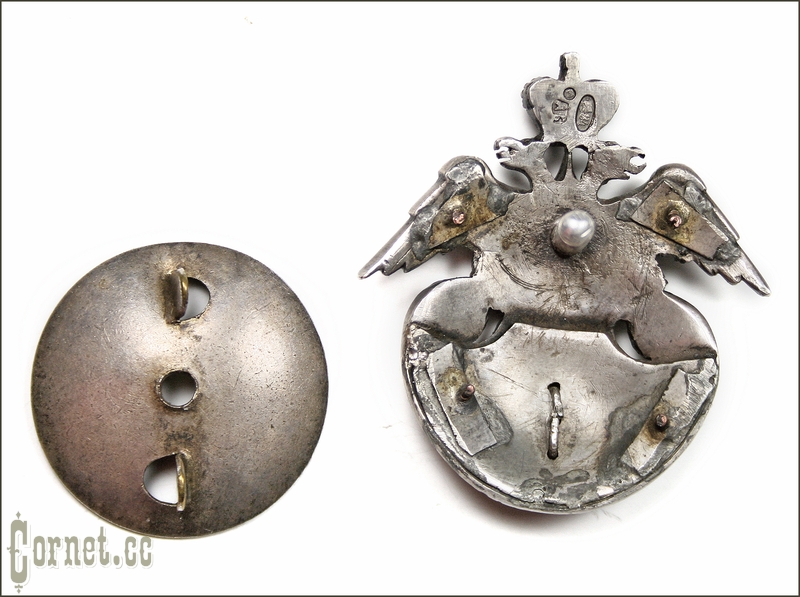 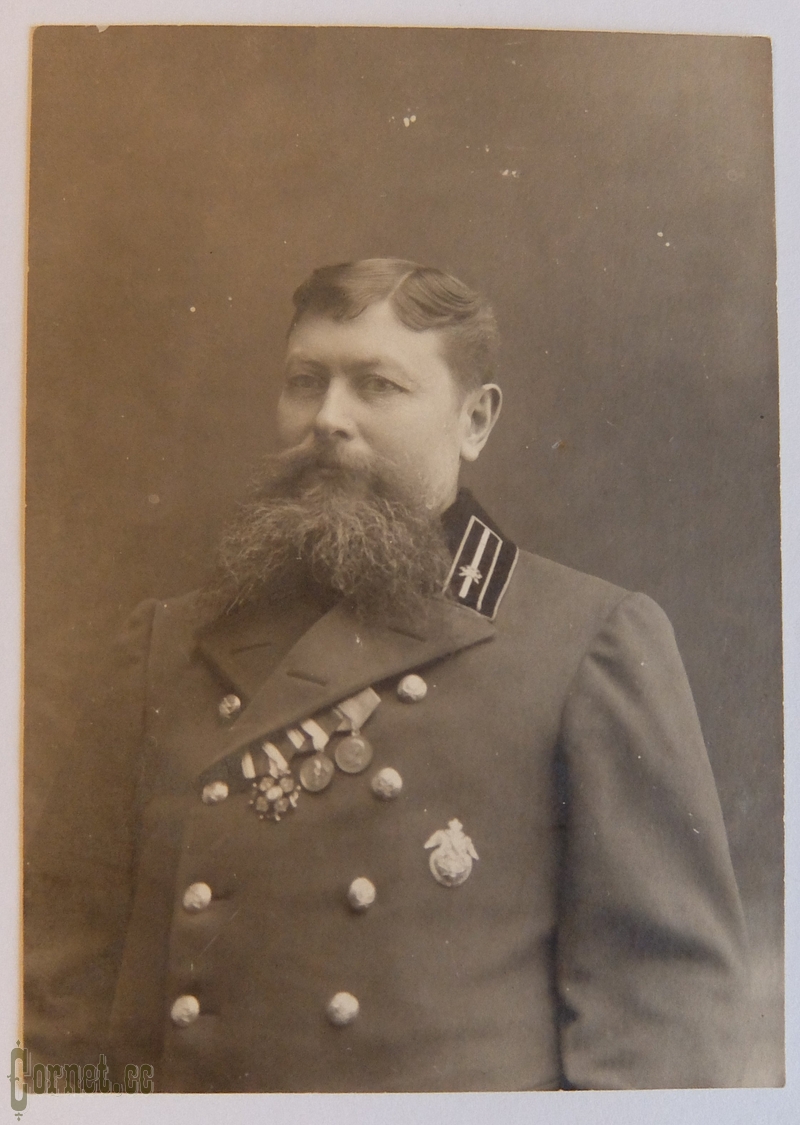 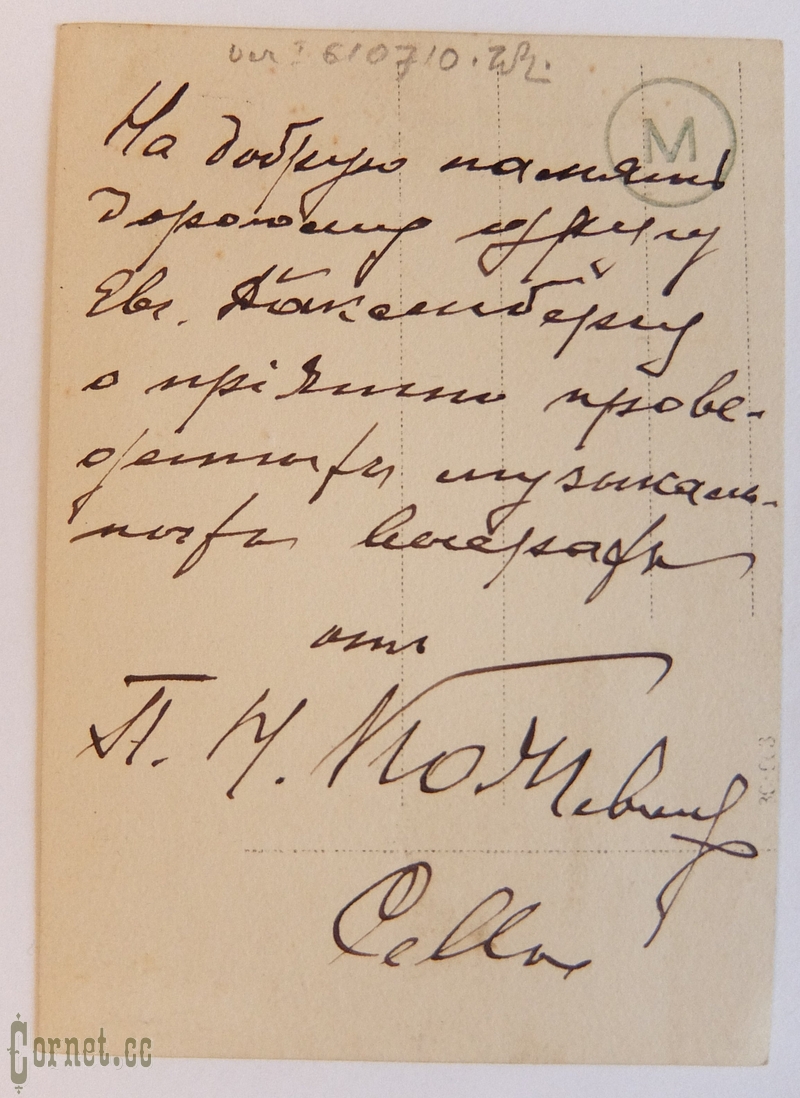