The Russian Empire. The breastplate of the 206th Salyan Infantry Regiment of His Imperial Highness the Heir of the Tsarevich of the regiment.

You are presented with one of the most famous copies in the WORLD!!! UNIQUE!!!

The sign is in the form of a silver wreath of laurel and oak branches. Inside the wreath is a silver oxidized anchor, wrapped with a gold anchor rope. The anchor has a combined monogram of the emperors Alexander I (silver) and Nicholas II (gold). Below the monogram is a scroll with a gold number " C " covered with green enamel, inside which is a gold cross "For service in the Caucasus". The sign is crowned with a golden imperial crown with flowing ribbons covered with red enamel, with the golden dates "1805" and "1905". 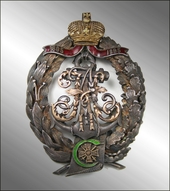 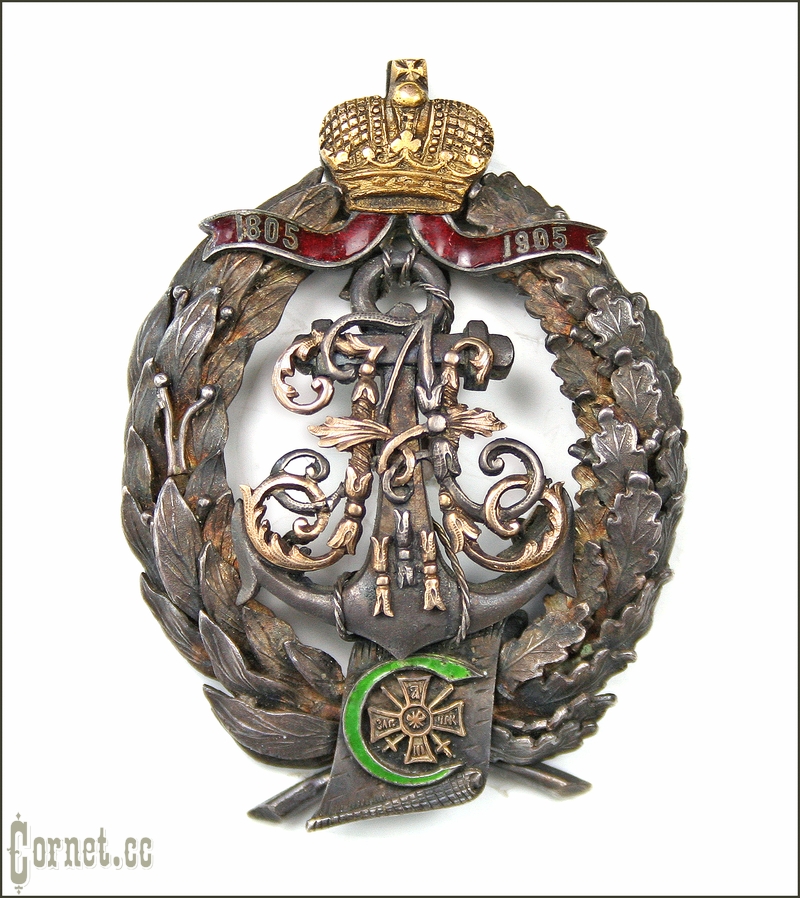 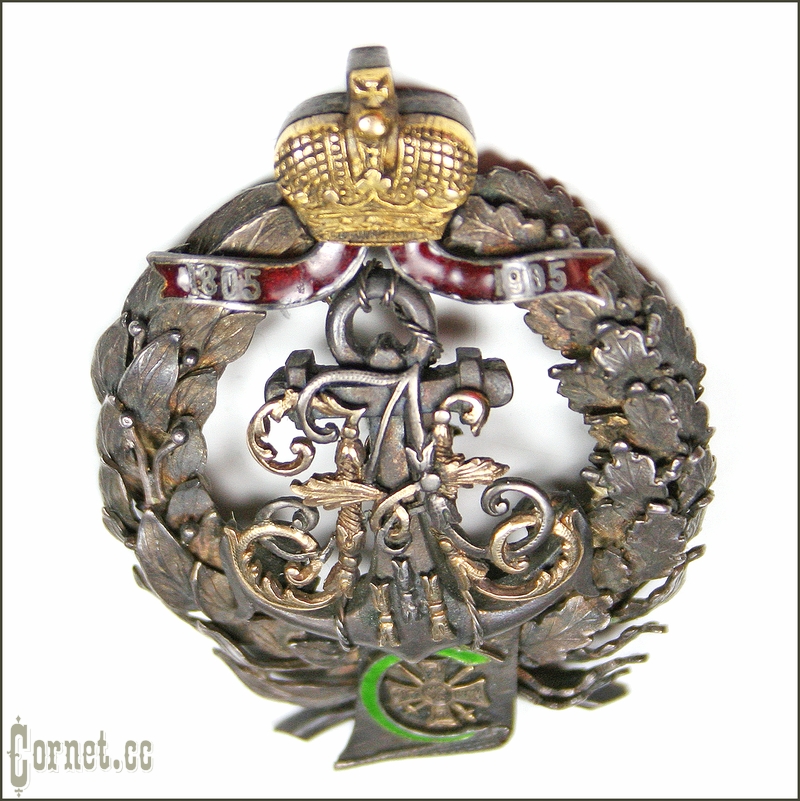 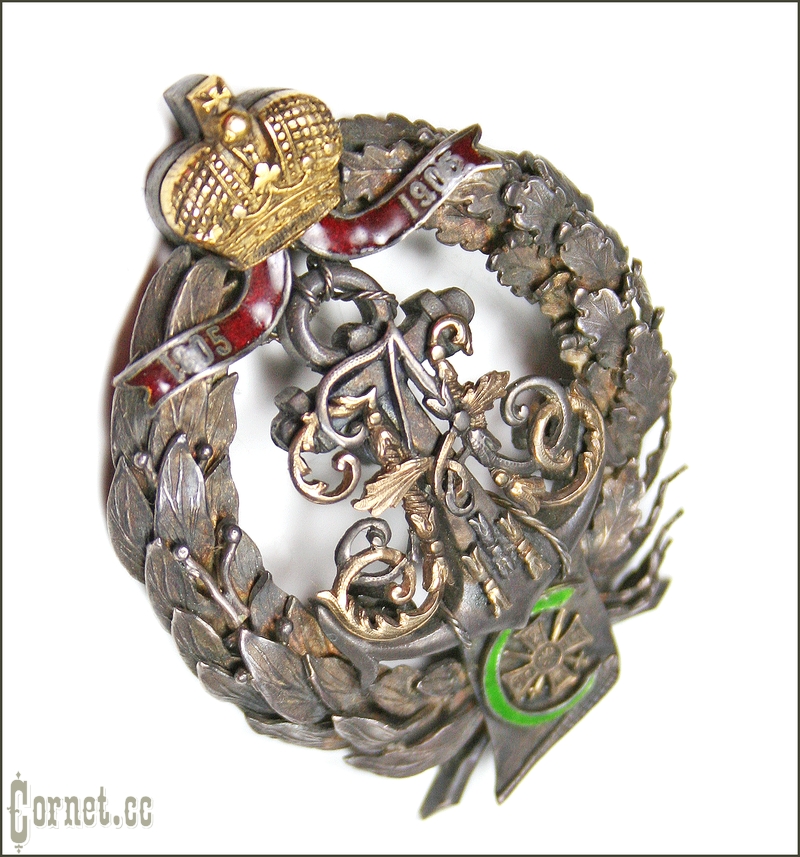 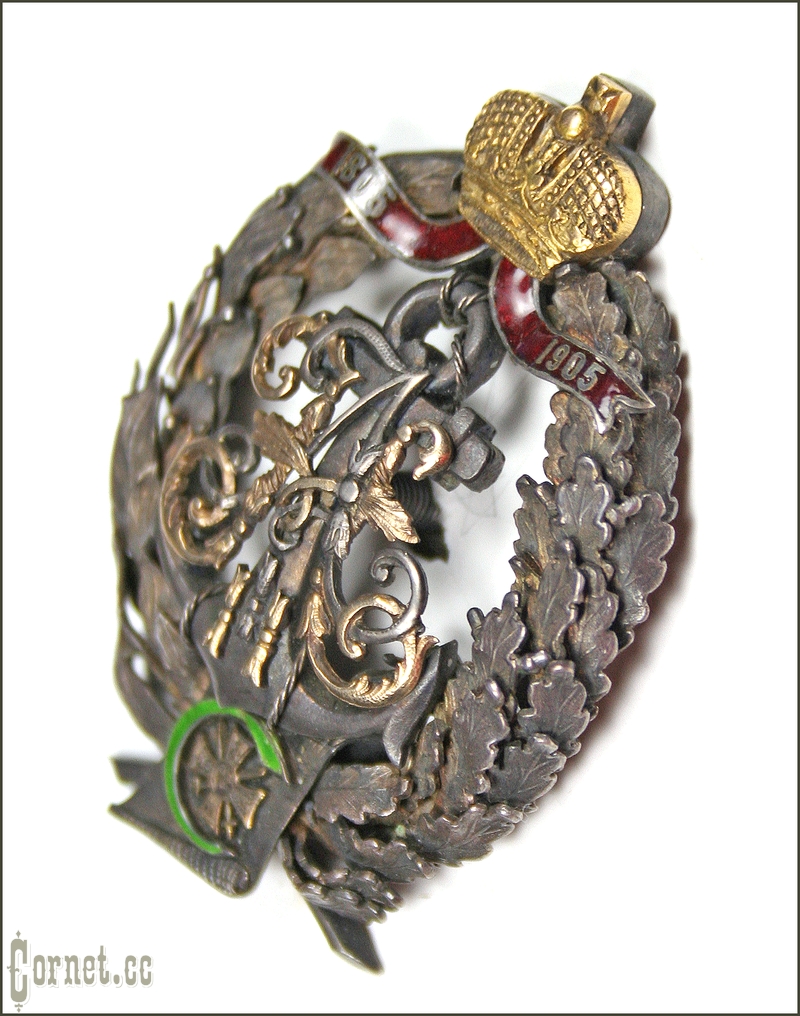 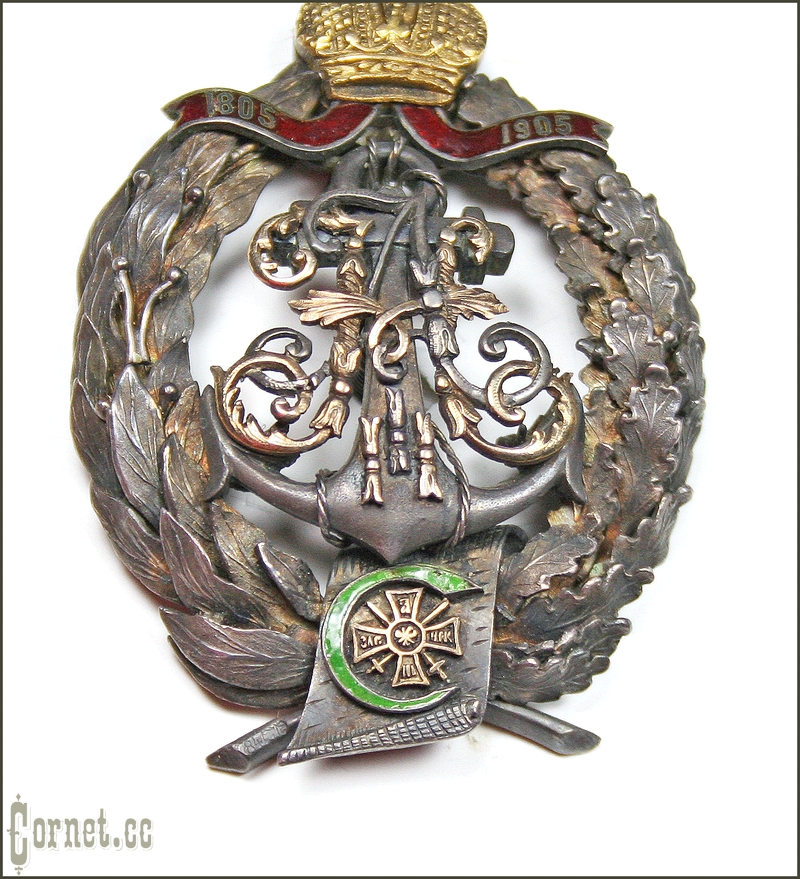 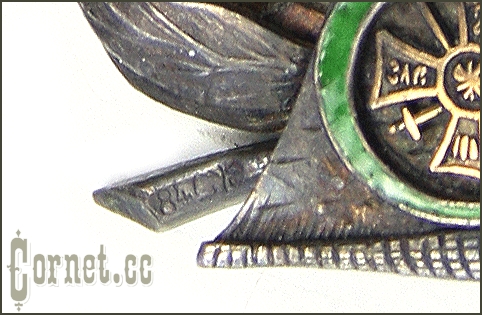