The Russian Empire. A jug for drinks (milkman) with the image of scenes from the old-Russian, boyar life. Underglaze lithography. This style (painting) "a la Russia" became popular on the" wave " of pan-Slavism in the early 20th century. At the factory of M. S. Kuznetsov at the beginning of the 20th century, a series of dishes was produced, generally called "Boyars", according to the drawings of S. Solomko. The drawings are based on the famous costume ball in the Winter Palace in 1903. All the Russian nobility came to the ball in the costumes of the boyars of the pre-Petrine time.

The diameter of the neck is 100 mm. The height of the jug is 21 cm. Whole, in perfect condition, without chips and cracks. Stigma is absent, presumably the work of M.S.Kuznetsov. 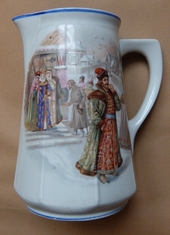 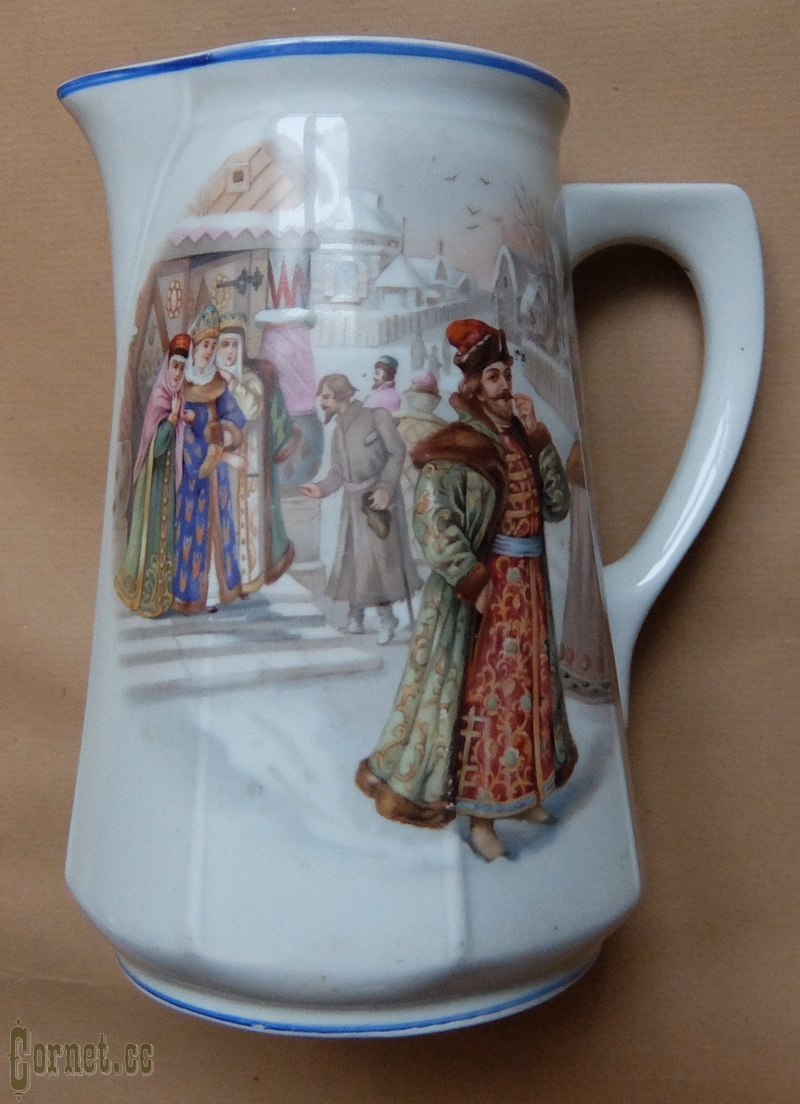 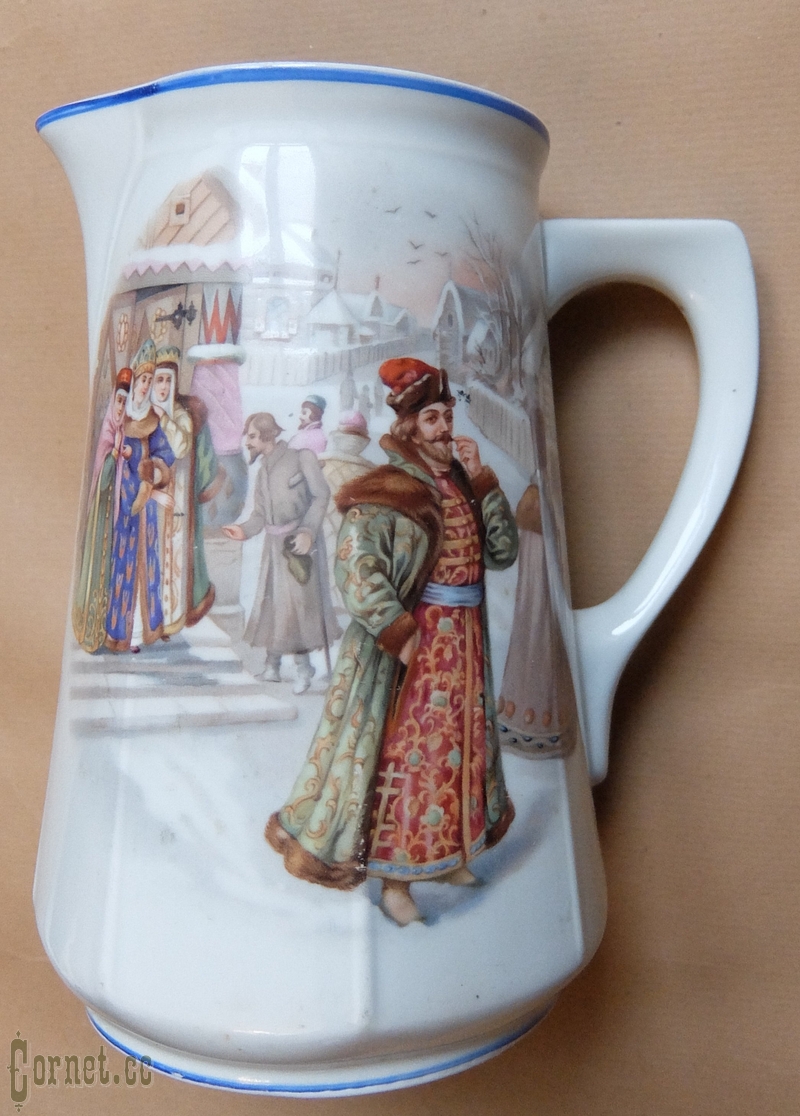 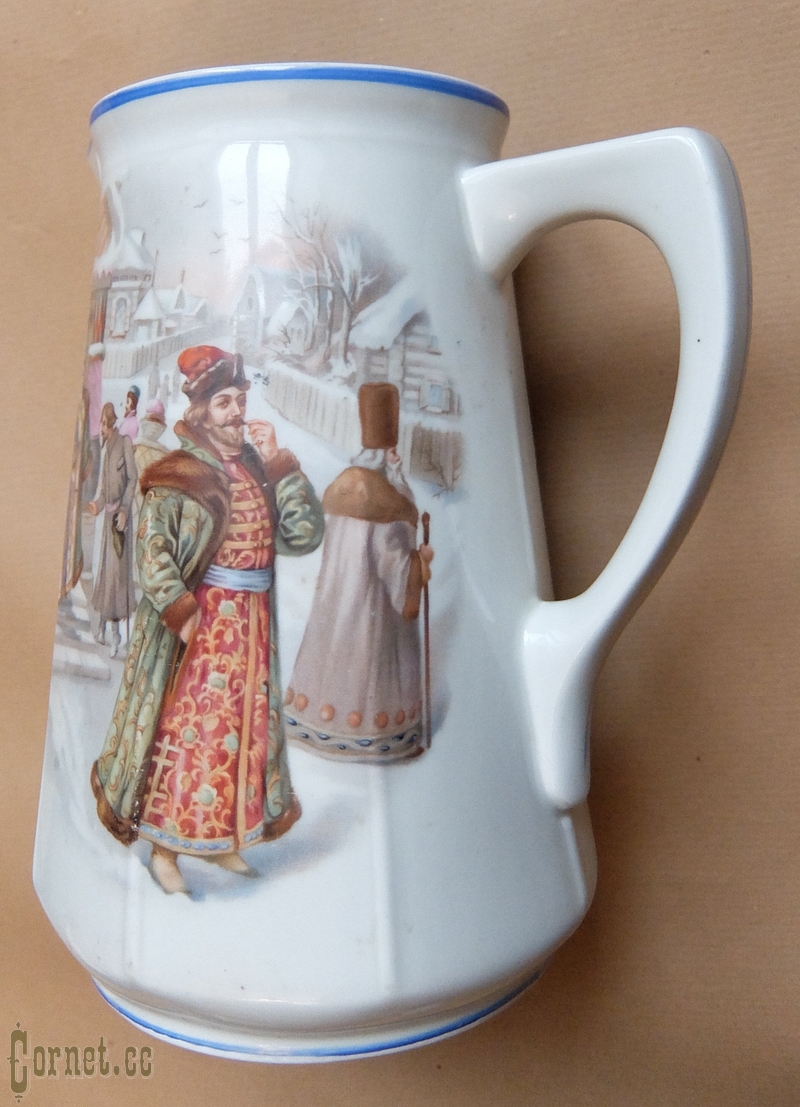 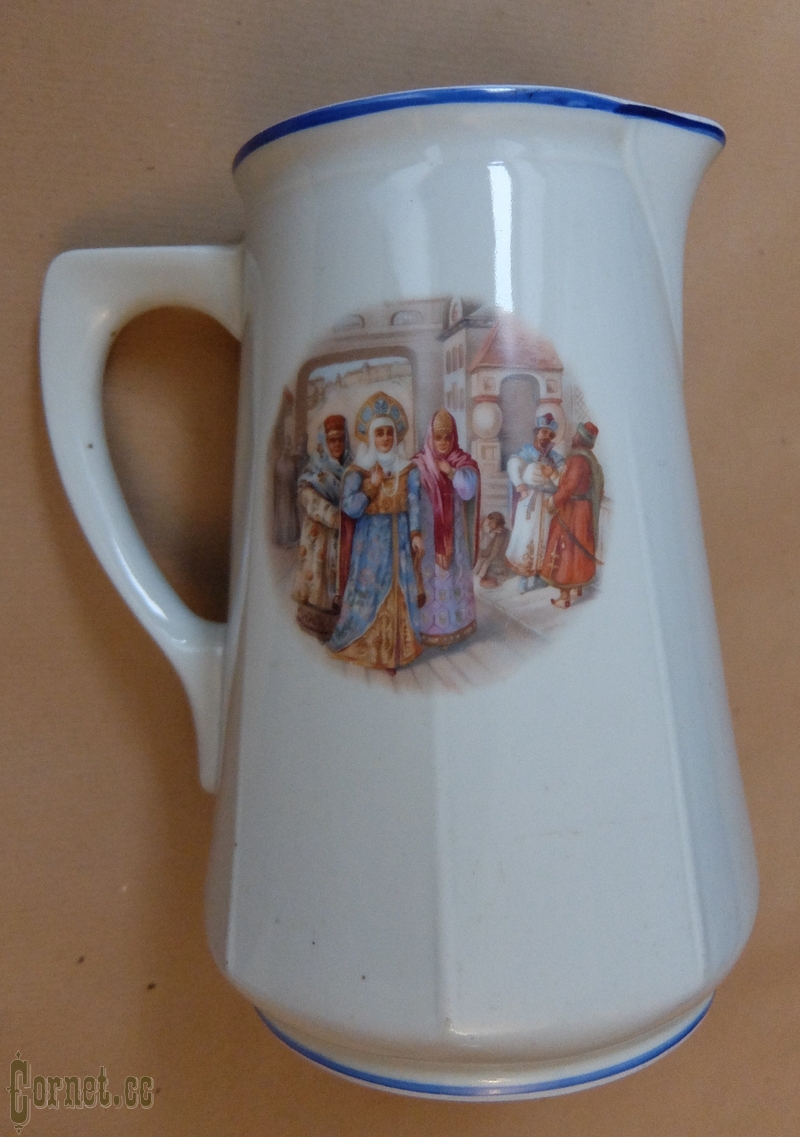 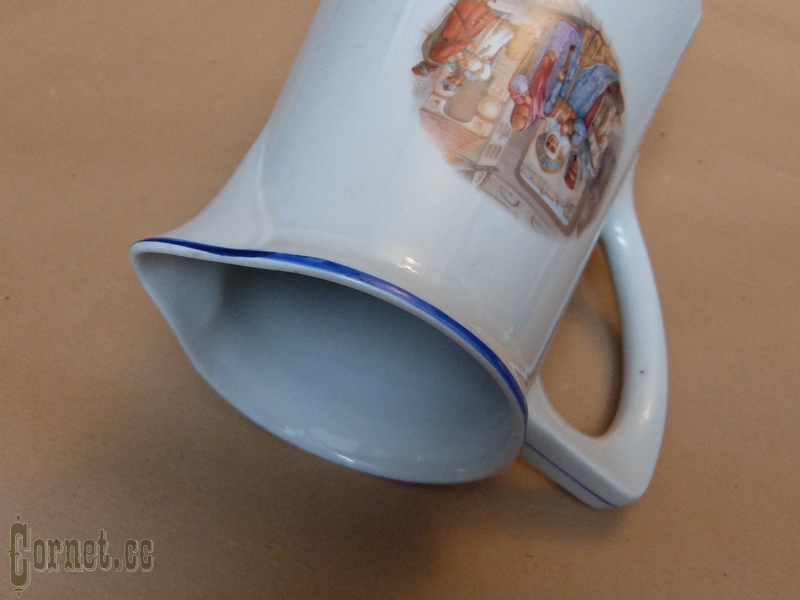 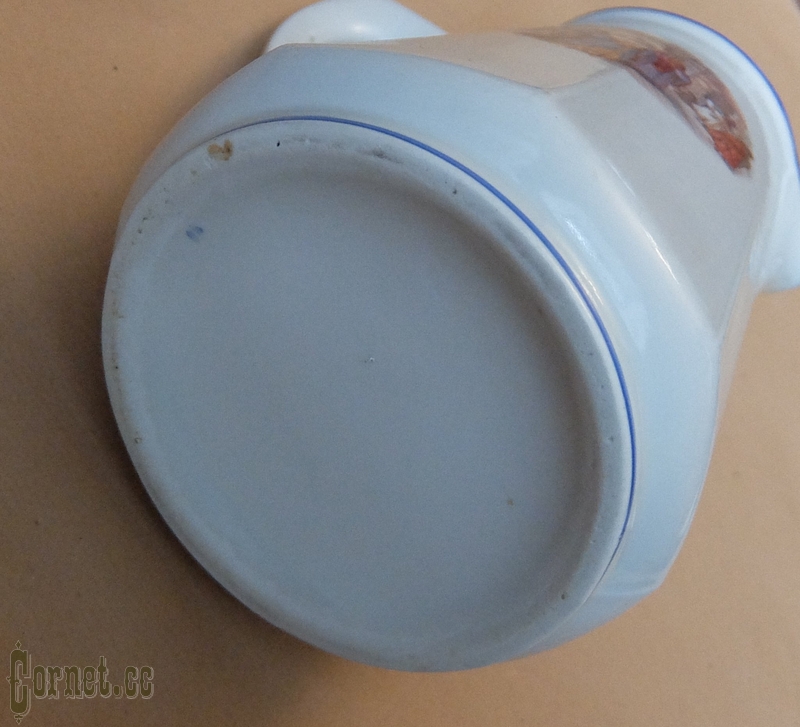