№123757 Saber of a light cavalry of the middle of the XVIII century.

Russian Empire. Saber hussar (light cavalry) officer middle of the 18th eyelid. On a blade the monogram of the empress Catherine II of Alekseevna under an imperial crown and the city of weapon factory "TULA", on other party the owner's initials Latin and Slavic letters F. F. Z. of Z, engraving of magic symbols "arrow and moon" and 1763. The most rare thing, unique person, worthy museum subject.

Blade odnolezviyny with one wide dale. The wooden handle with cross fillets is covered with skin. Garda the steel, consisting of a back handles of passing into a cylindrical head and protective handle at right angle passing into a crosspiece with a thickening on the end. An edge without rust, almost not fine-molded. Total length 915mm, blade length 795mm, width at a heel 31mm, butt thickness 8mm. 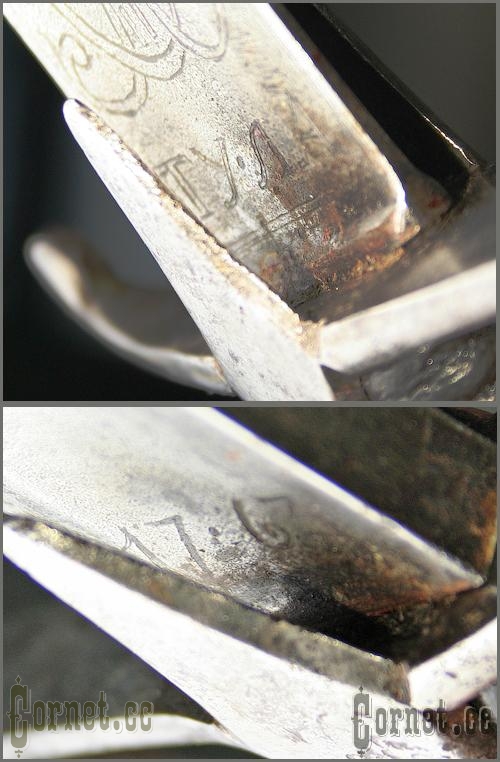 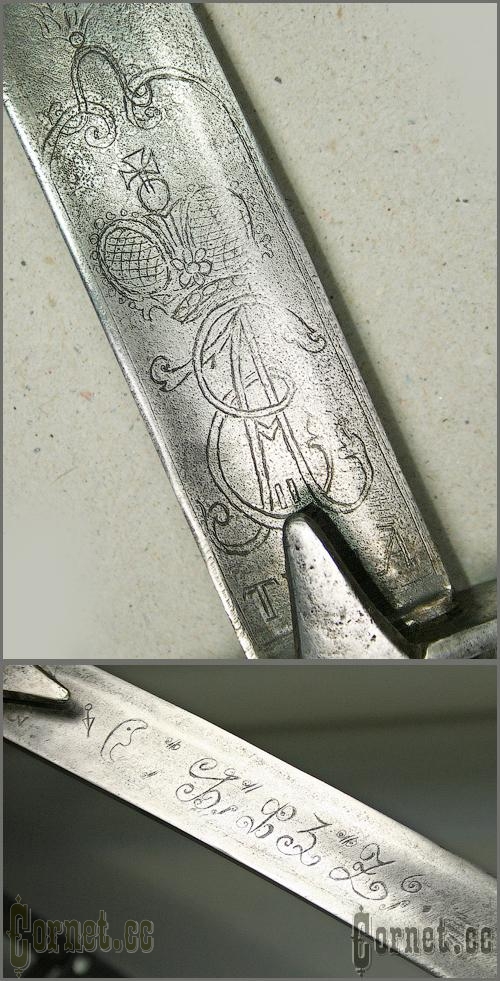 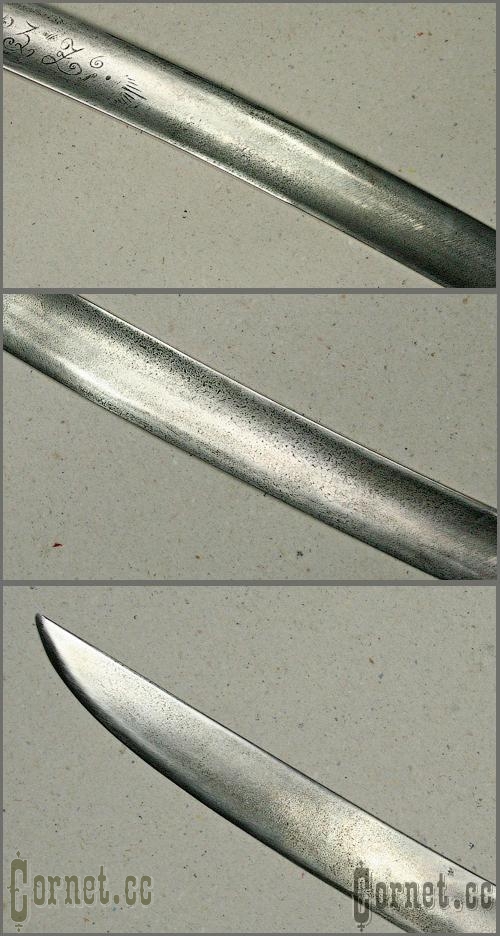 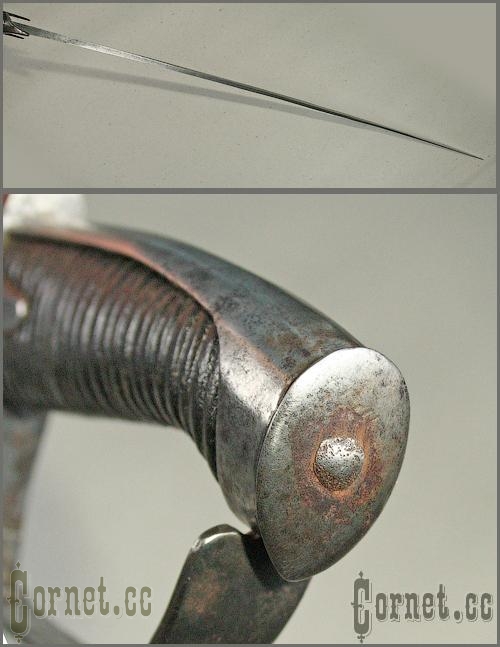 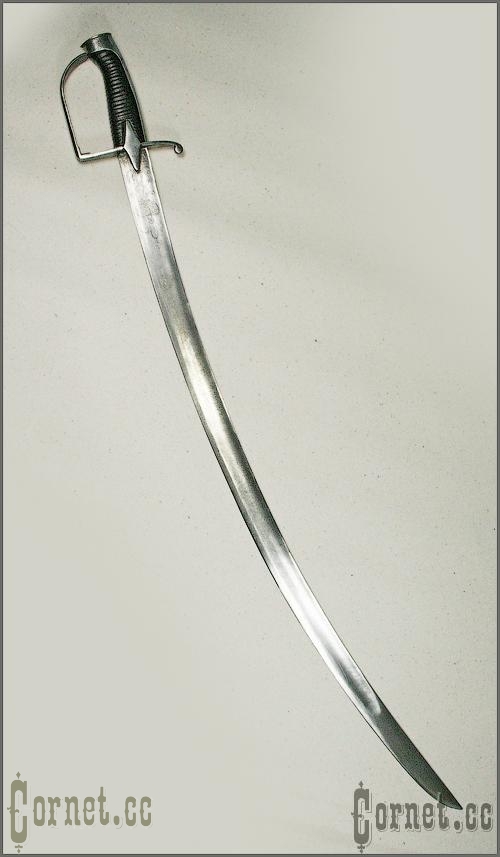 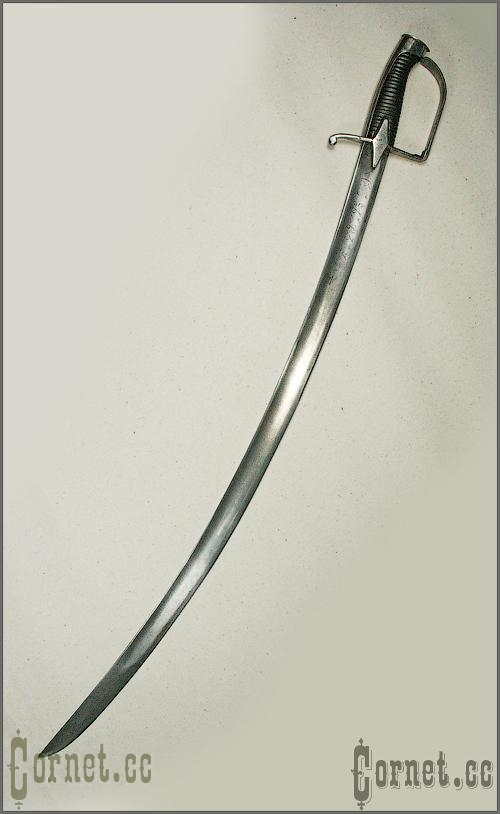 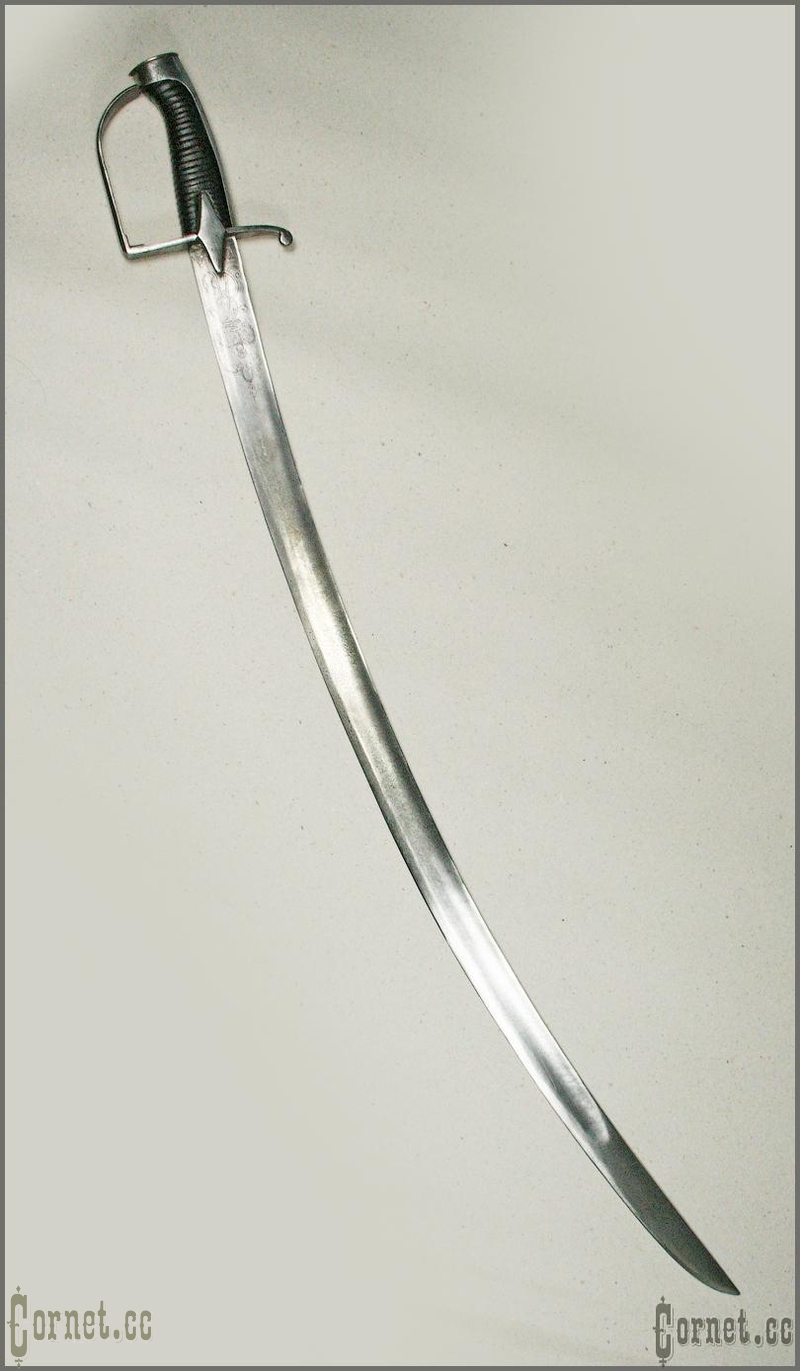 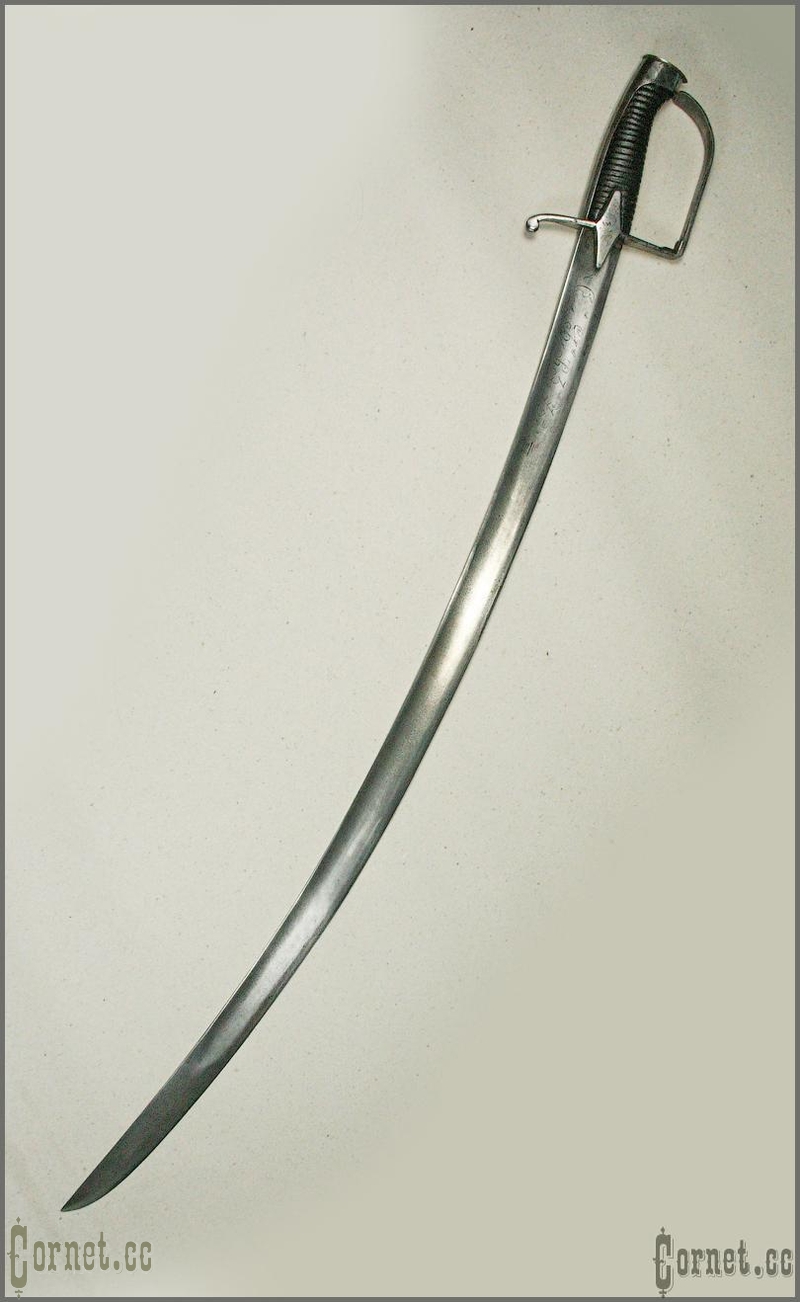