The Russian Empire. Award silver medal "For the Turkish War" of 1828-1829. On the front side is an Orthodox six-pointed cross in radiant radiance, standing on a defeated Muslim crescent, on both sides of the cross are the dates of the war. On the reverse there is a three-line inscription framed by a laurel wreath. A total of 100,000 medals were minted. They awarded all participants in the fighting against the Turkish troops.

Silver. The diameter is 26 mm. They were worn on the ribbon of the Order of St. George. The condition is very good, natural patina. 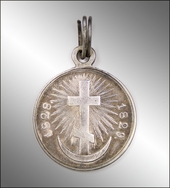 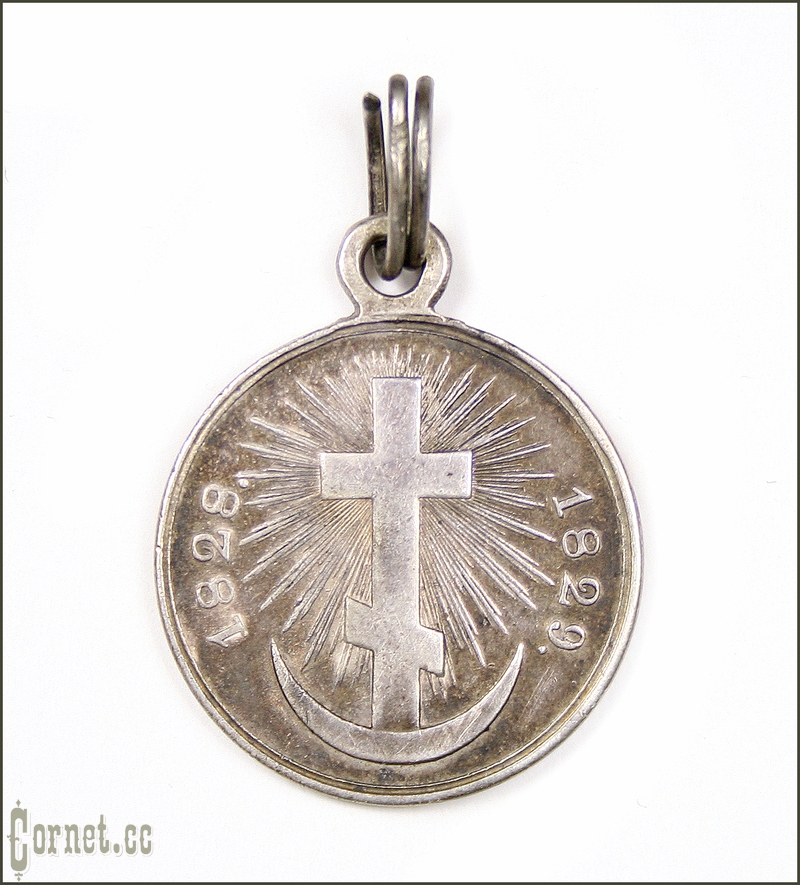 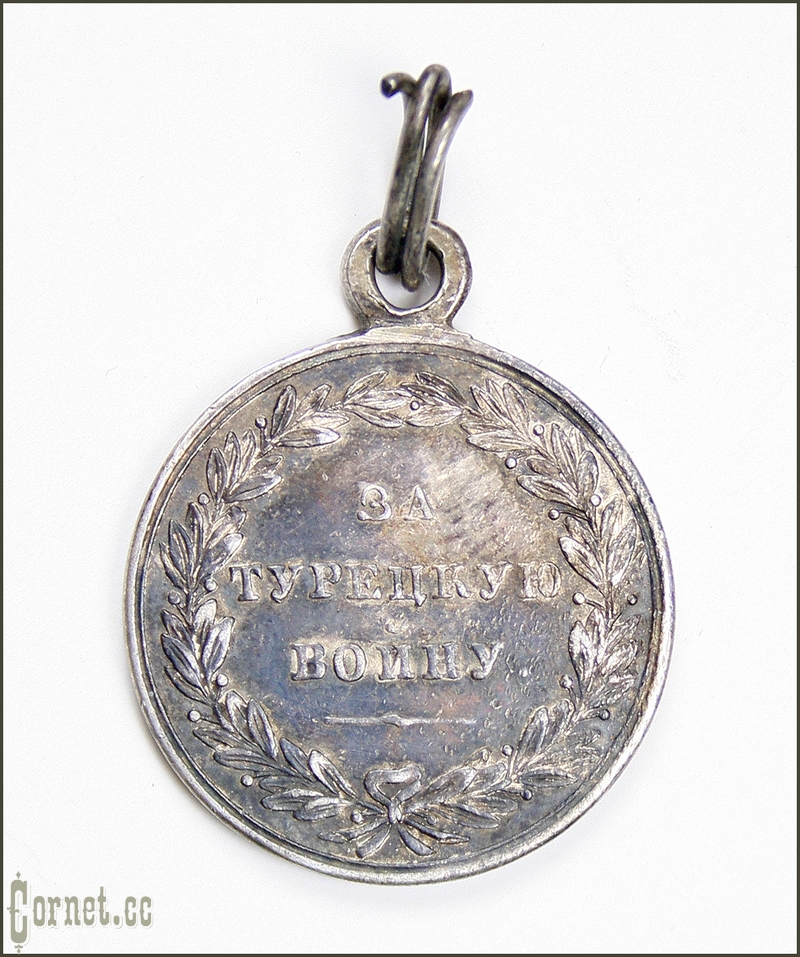 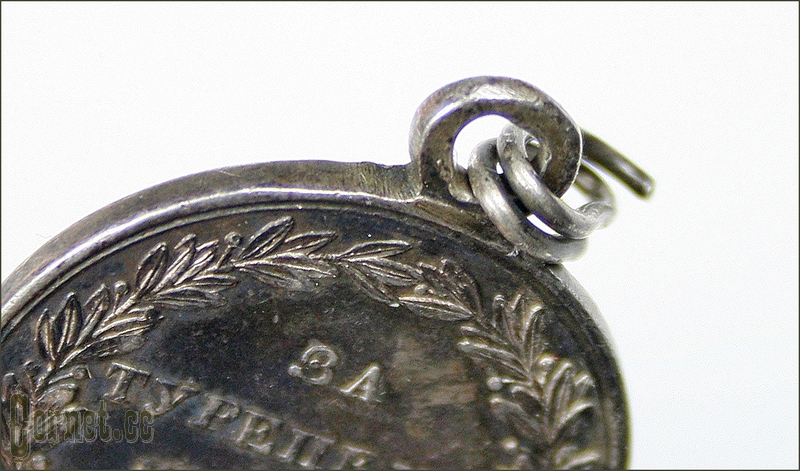