Great Britain-Scotland. Traditional (Scottish) dagger (dirk) model 1800 (conditional) of officers, non-commissioned officers and enlisted personnel of Scottish units of the British Army. The blade is steel, straight, made by the method of machine forging with subsequent refinement with a multi-blade tool and abrasive materials. On both sides, the blade has a small and large dale, a sawtooth butt. The pommel of the hilt is a two-part piece consisting of a translucent red-yellow topaz and its silver frame. Detail in comparison with other samples, the pommel of a cold weapon has an uncharacteristic 45° tilt (towards the blade). The stone has the shape of a rounded truncated polyhedron. Under it is a white metal foil to enhance the brightness effect. The ornamentation of the upper part of the handle consists of a plant-geometric pattern. The pattern in the middle front part of the handle is an interweaving of straight lines forming rectangles and squares. The back side of the middle part of the handle has a simpler ornamentation, consisting of semicircular lines. In the lower part of the handle, on both sides, there is an image of a thistle (the symbol of Scotland). On the front and back side, between the upper and middle parts of the handle, there is a metal riveted pin that serves to fix the handle to the blade shank. The scabbard contains additional "accessories" — a table knife and fork, made and decorated similarly to dirk. 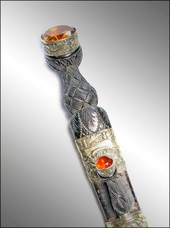 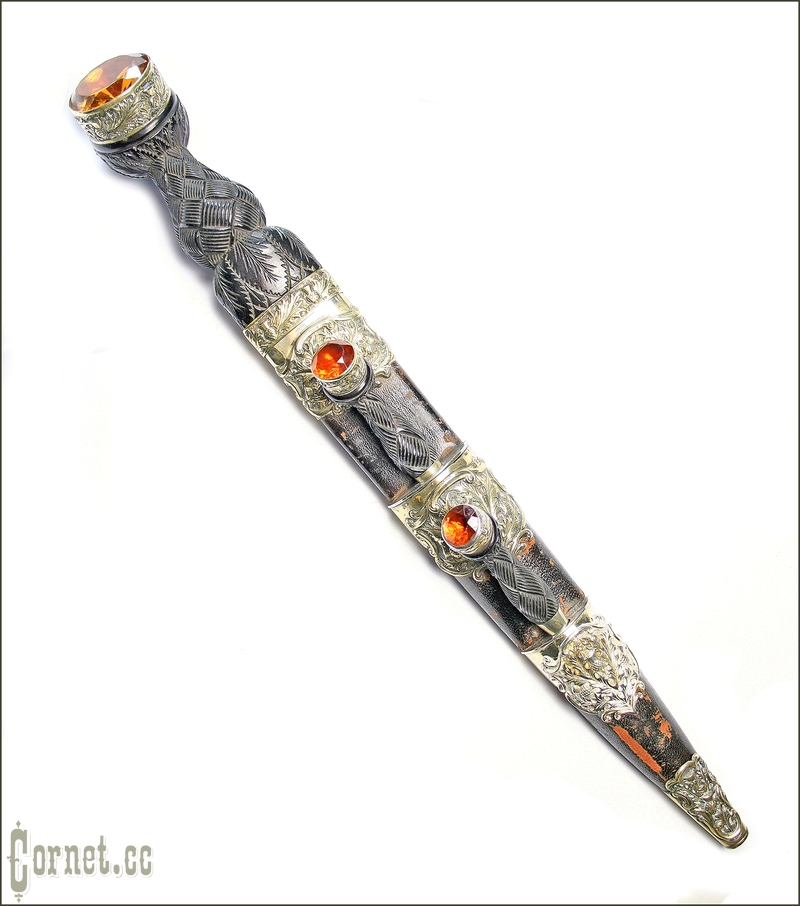 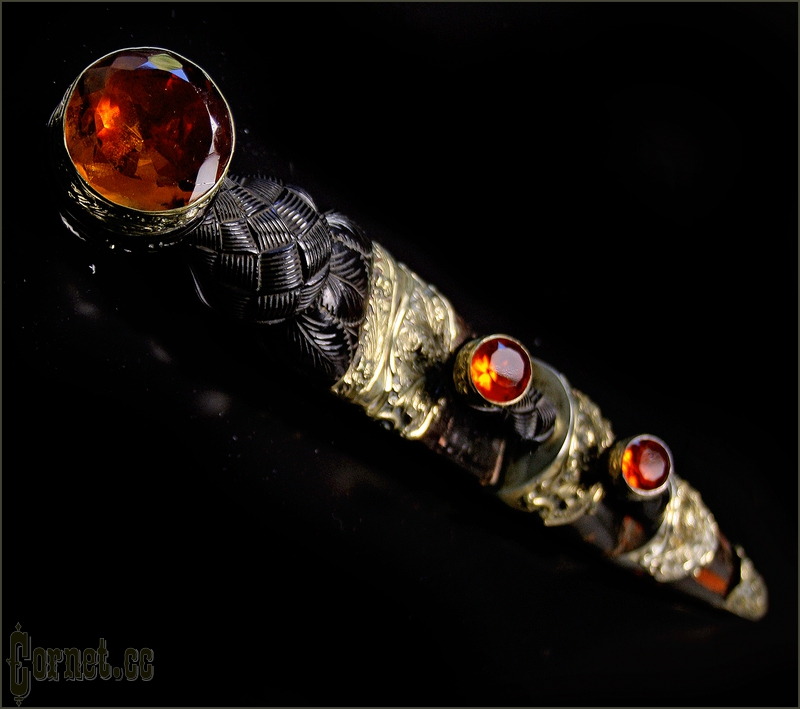 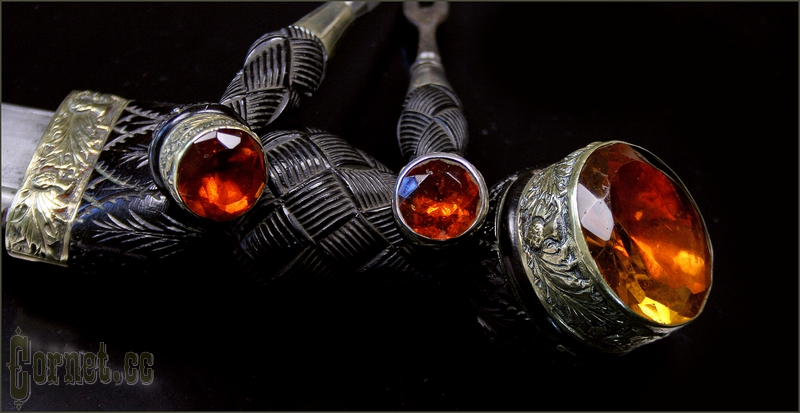 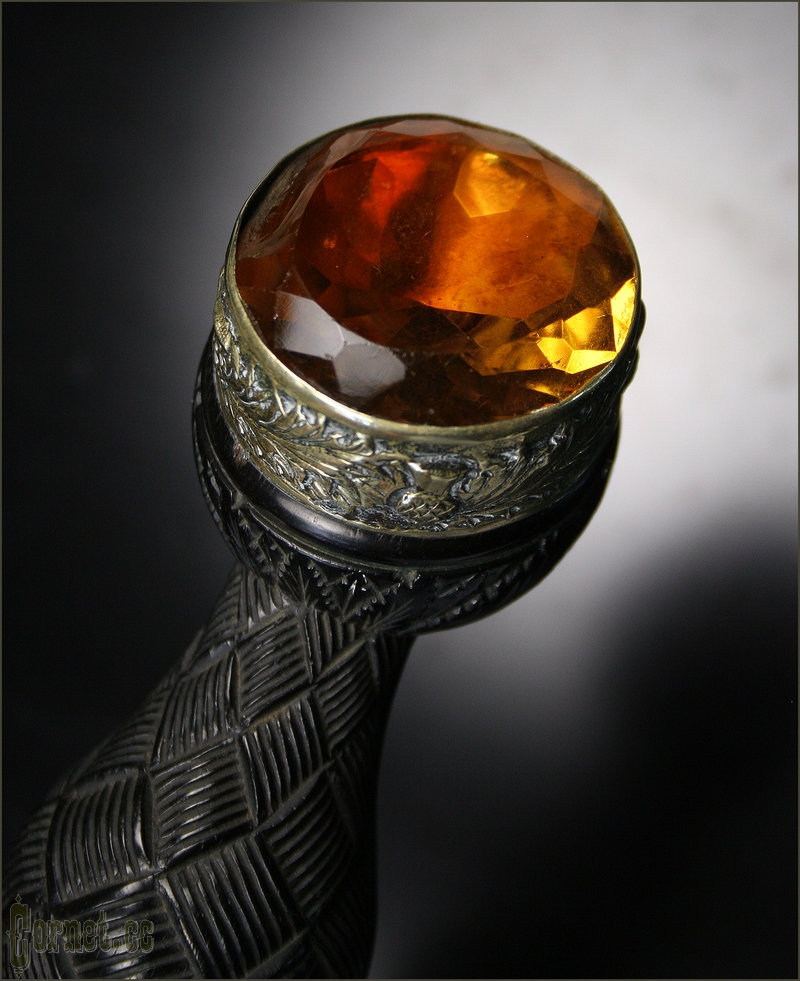 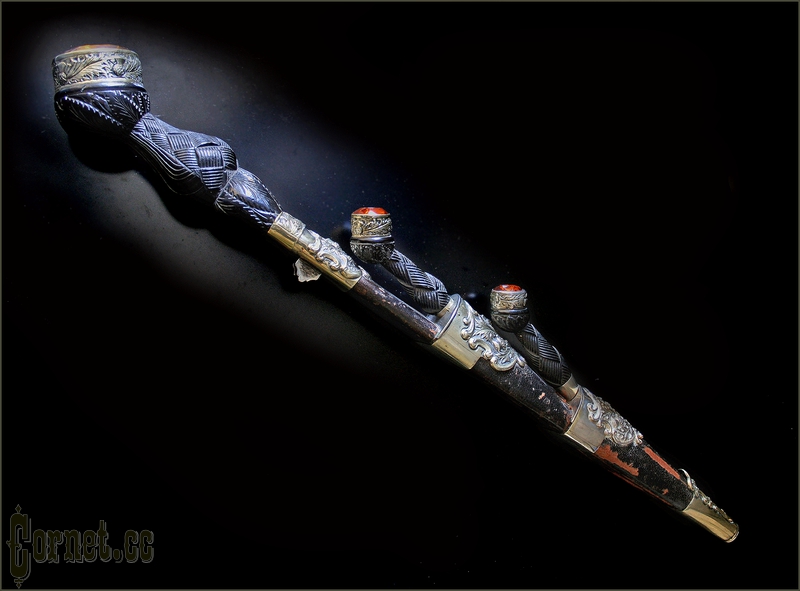 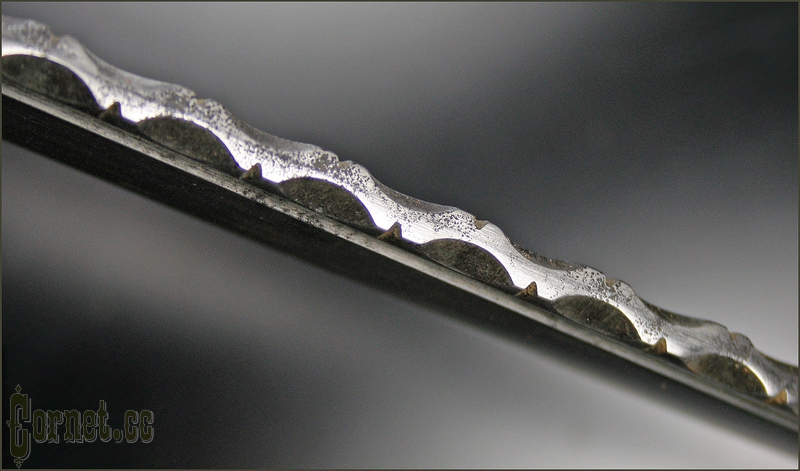 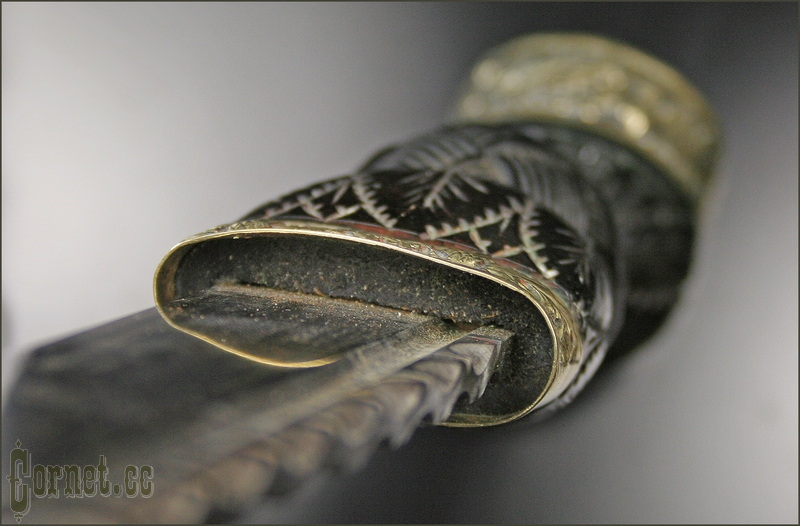 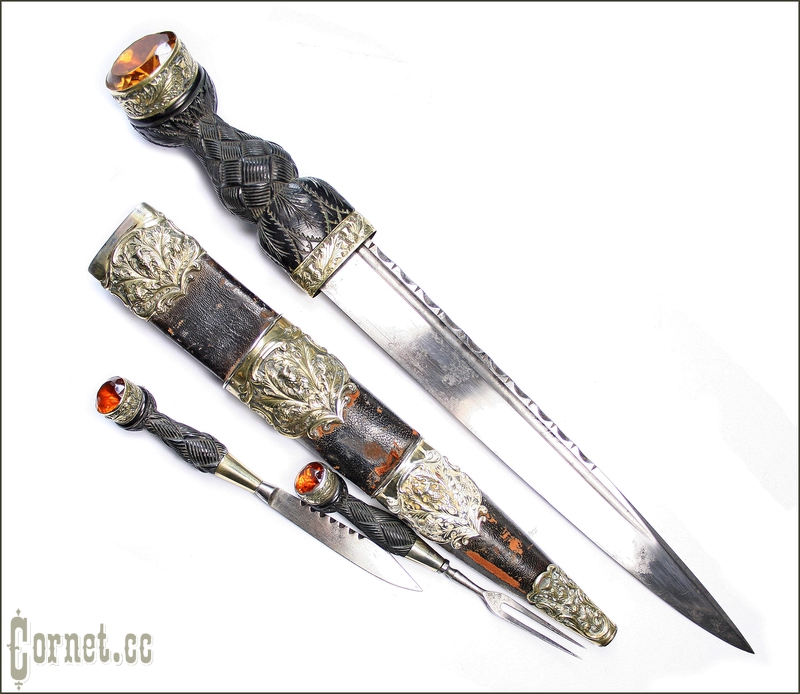 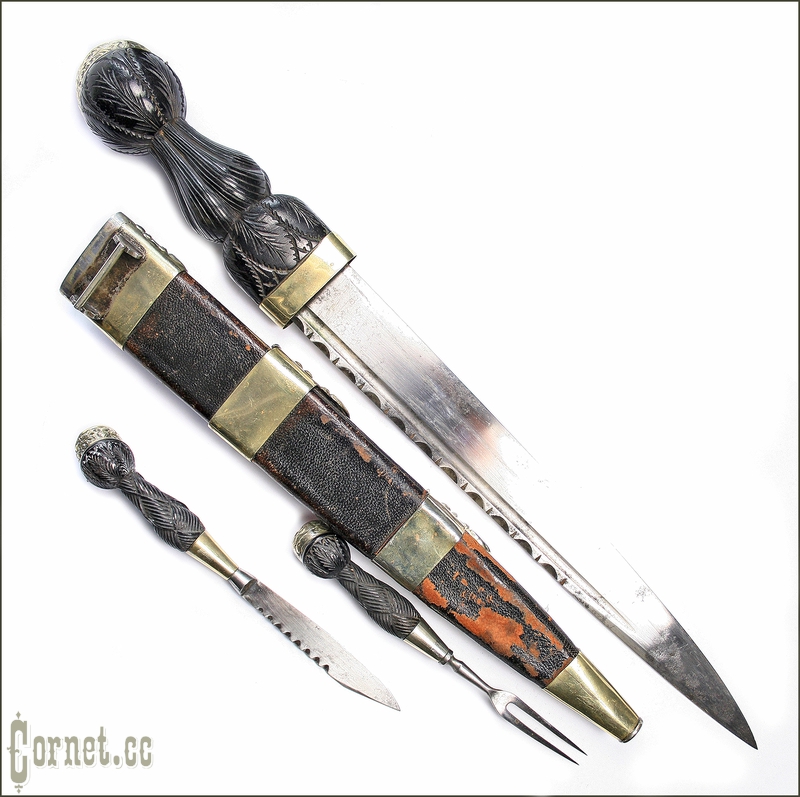