Imperial Russia. The sign of the Order of St. Anna of the 3rd degree in gold. On the lower beam a brand of a workshop of A. Keybel - the supplier of the Imperial yard of "joint stock company", on top the coat of arms of the Russian Empire, on an ear an assay brand of 56 gold and the coat of arms of St. Petersburg. The block is a self-made, old, original tape. Excellent safety.

The Imperial Order of St. Anne was established in 1735 as a dynastic award of the Duchy of Holstein (Golstinia. or Holstein - the former duchy in Nord Germany, between Eider, Elba, Grass, German and Baltic Seas). In the state system of awards of Russia, it appeared much later. This happened in 1797 by decision of Emperor Paul I. Officials and military of almost all ranks were encouraged by the Order. 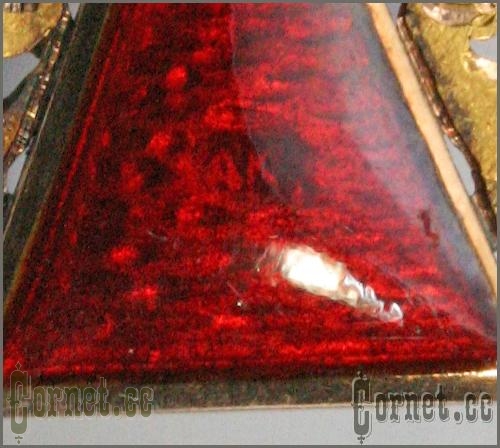 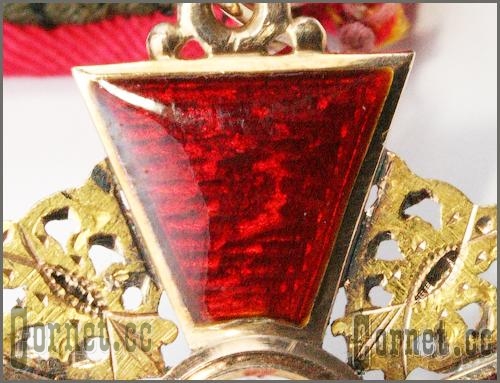 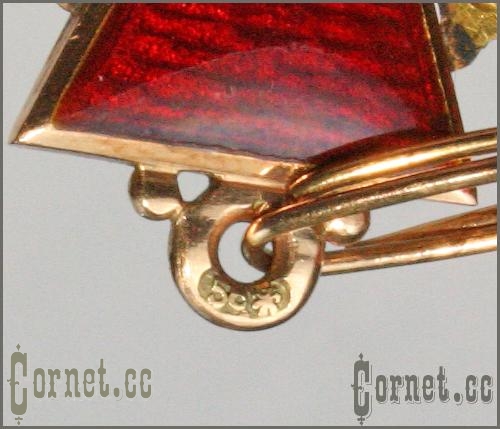 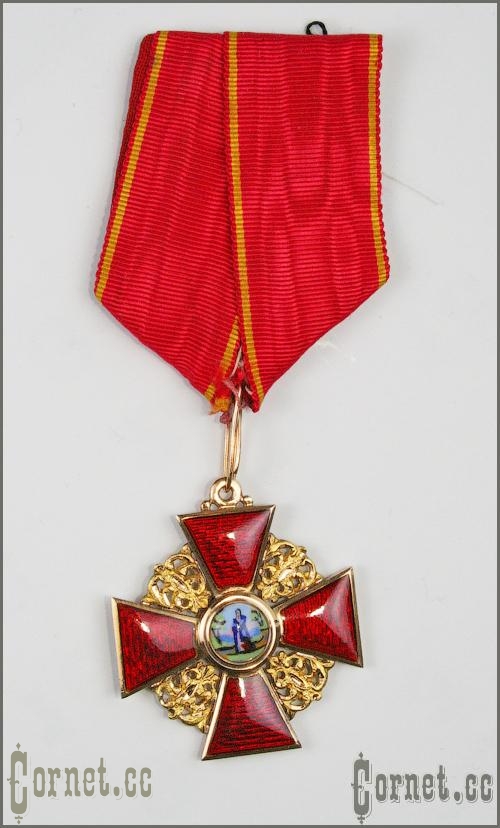 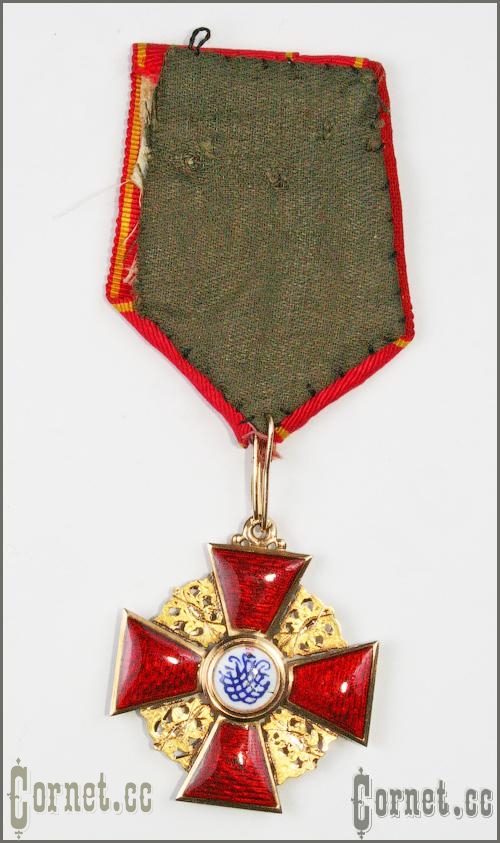 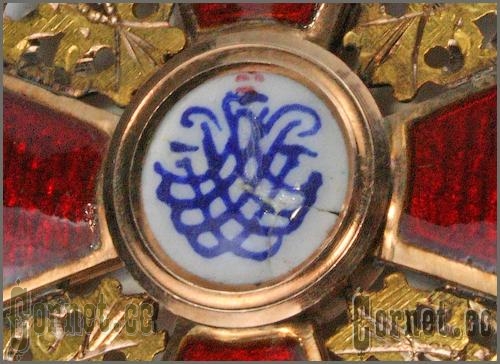 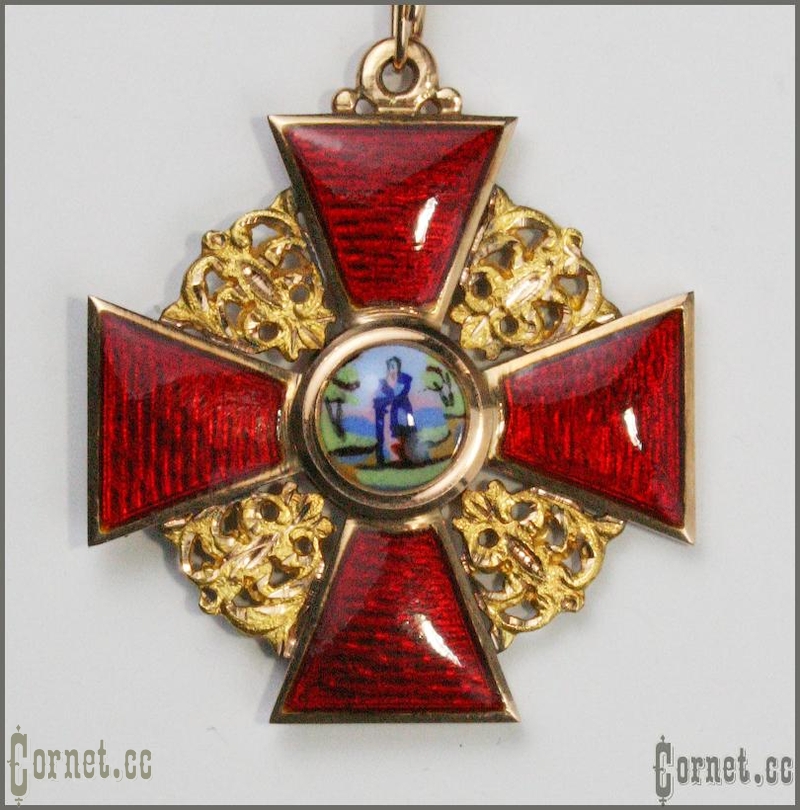 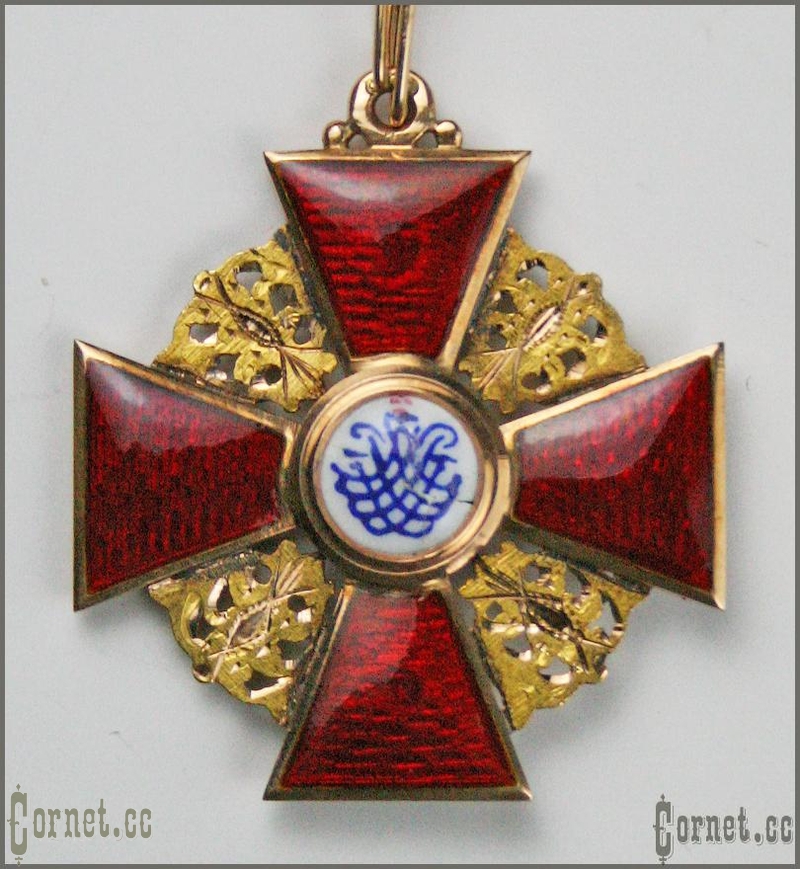