№122766 The Order of St. Stanislav II class with swords

The Russian Empire is the period of Provisional government. 1917. The Order of Saint Stanislaus of the 2nd degree with swords. A brand "K" "EDUARD" on a reverse of the lower beam of a cross. The state eagles without crowns. Officer award for bravery of the period of the end of World War I. Very rare award thanks to the short period of rewarding (less half of year). The medal on a neck on a tape 2.5 vershoks wide (38 mm) was worn. 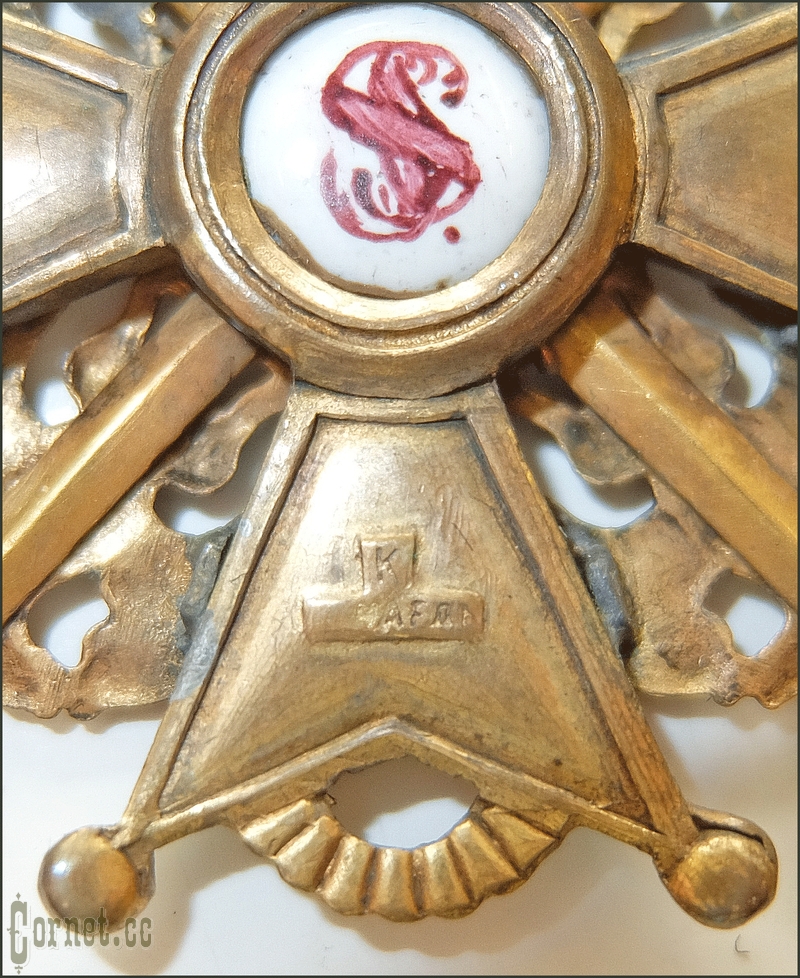 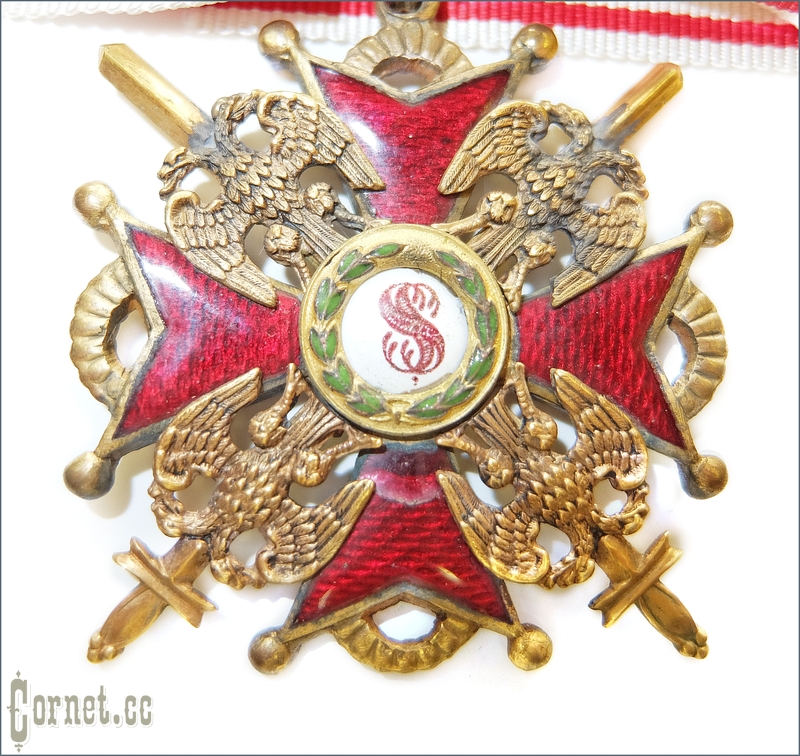 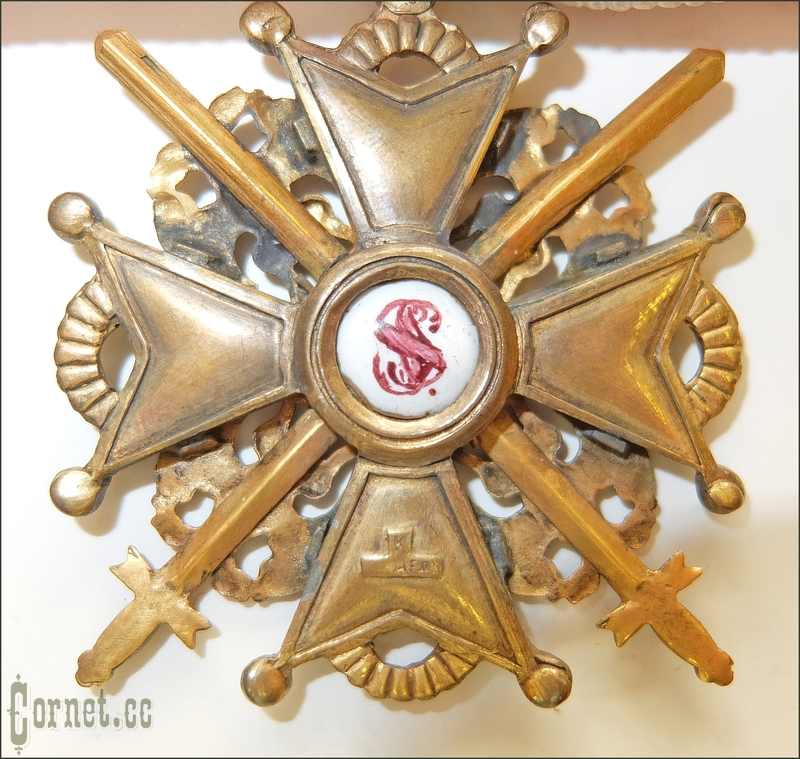 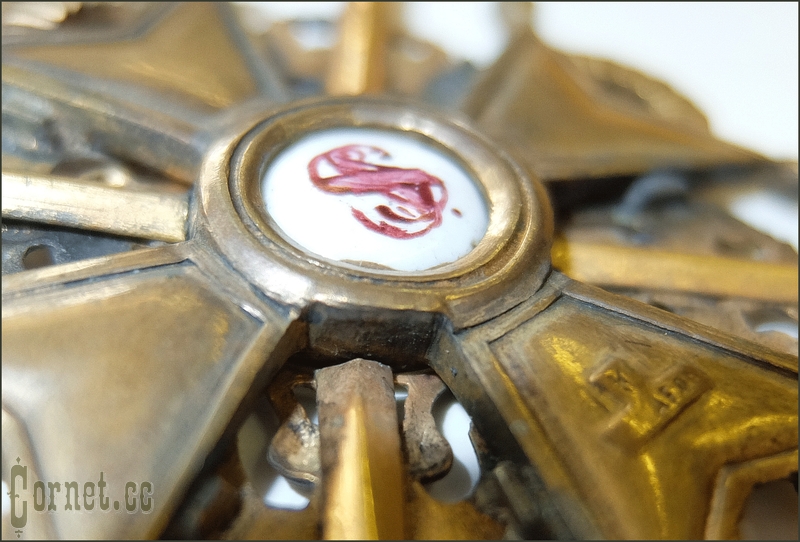 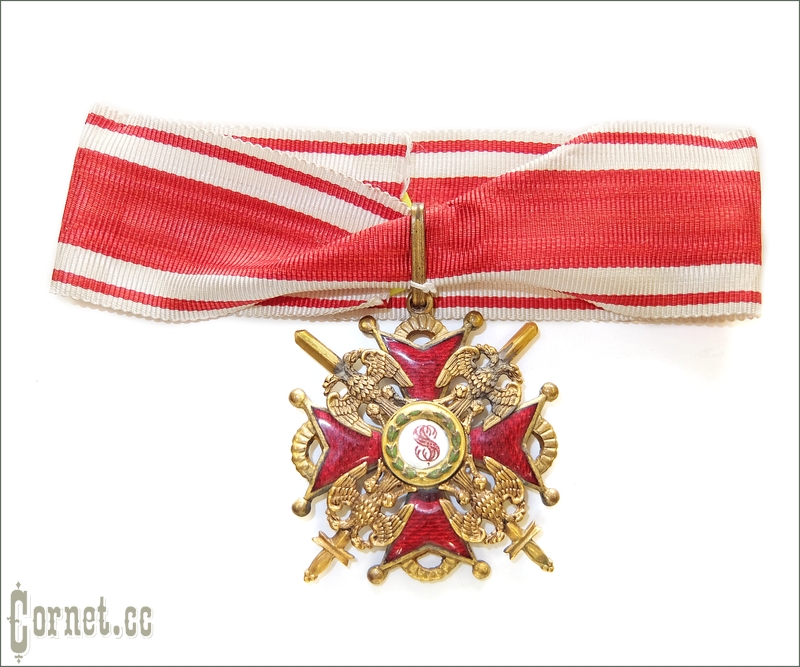 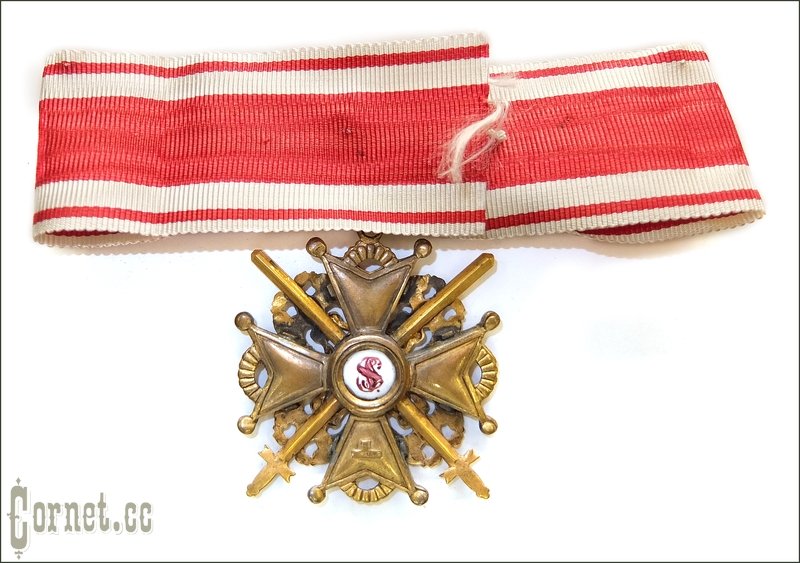