USSR. Medal "For saving drowning people". The medal was established by the Decree of the Presidium of the Supreme Soviet of the USSR on February 16, 1957. The medal” For Saving Drowning People " is awarded to employees of the rescue service and other citizens of the USSR, as well as persons who are not citizens of the USSR, for courage, bravery and selflessness shown in rescuing people on the water, for high vigilance and resourcefulness, as a result of which accidents with people on the water were prevented, as well as for the exemplary organization of the rescue service on the waters. The medal” For saving the drowning " was awarded to about 24,000 people.

On the obverse of the medal, a lifeguard is depicted while towing a drowning person in the water, with the inscription “FOR RESCUE” on the top and “FOR DROWNING”on the bottom. On the reverse side of the medal are depicted: in the middle of the upper part of the hammer and sickle, below the laurel branch, in the lower part of the letter "USSR". 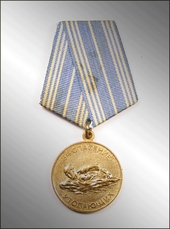 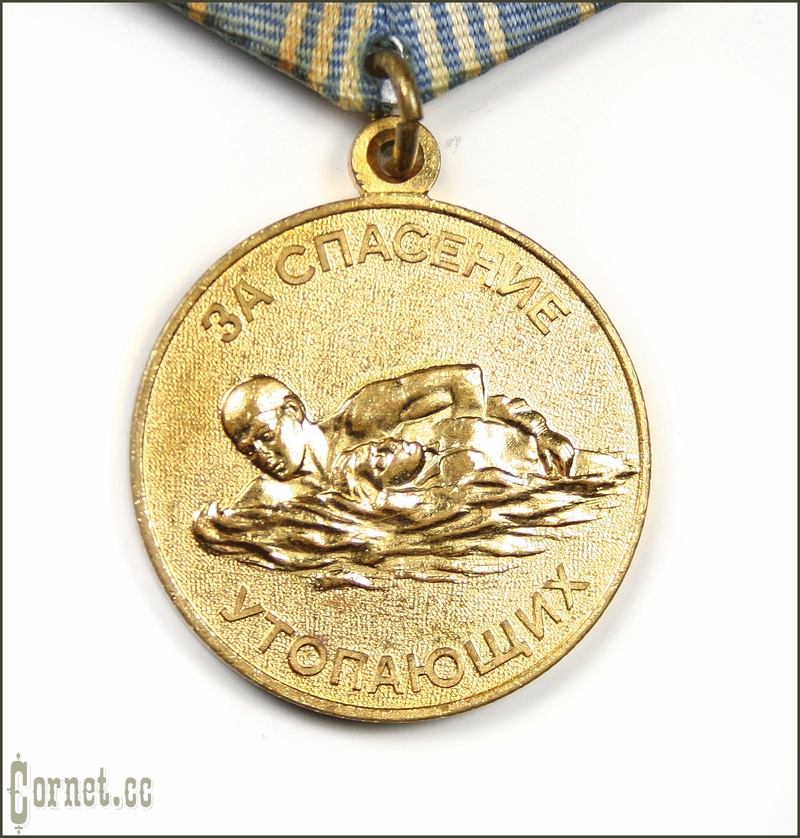 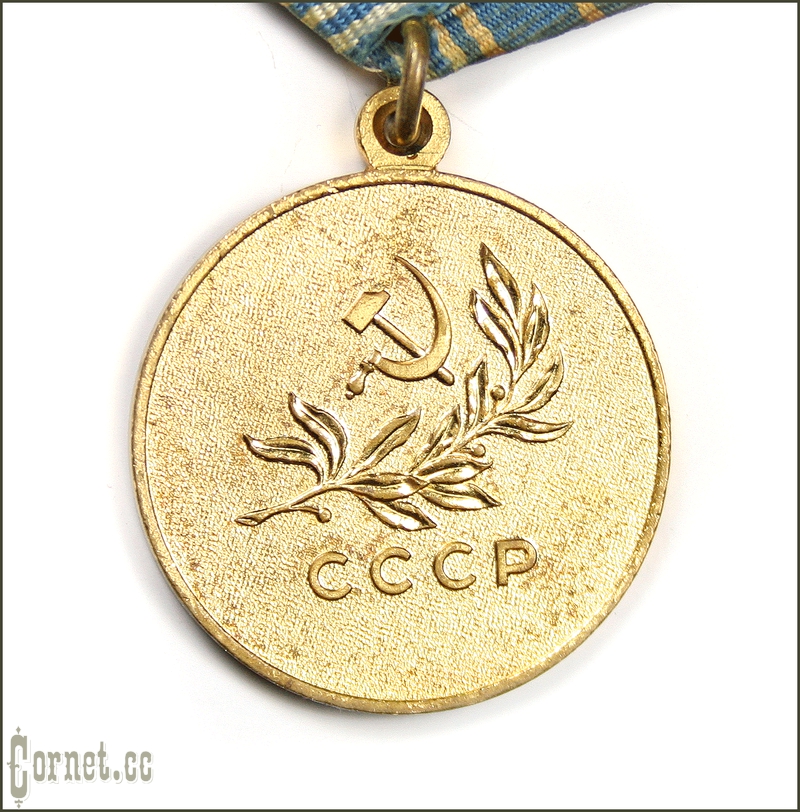 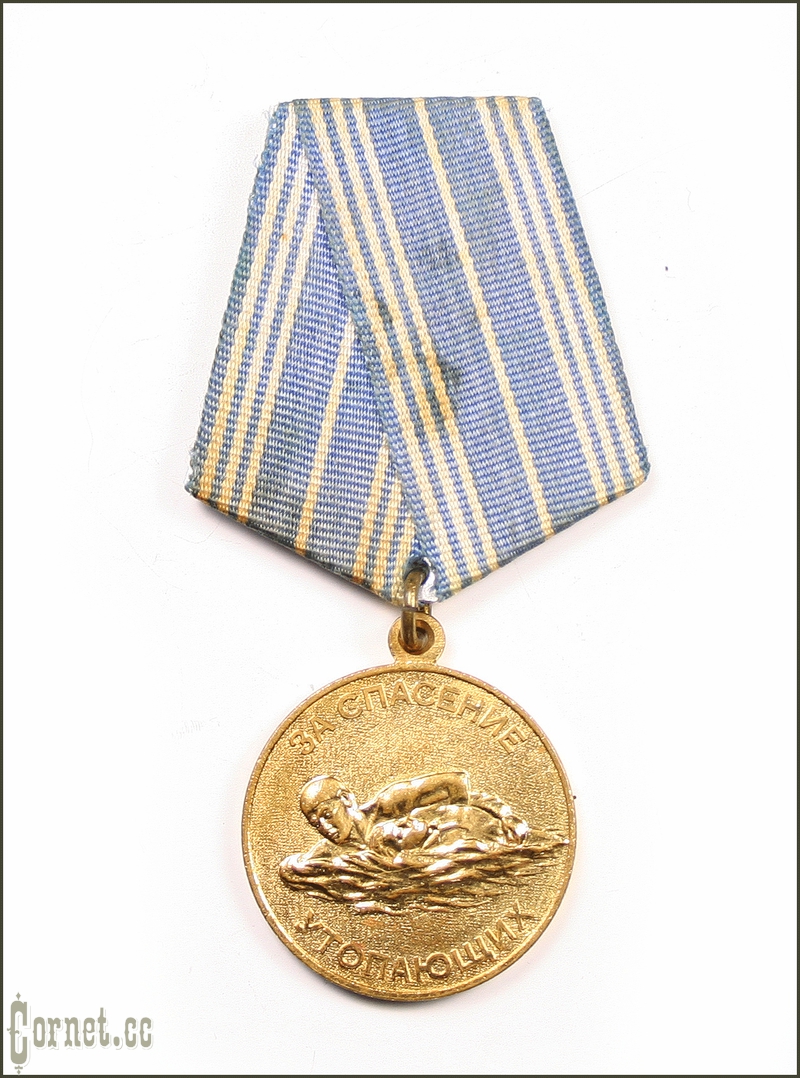 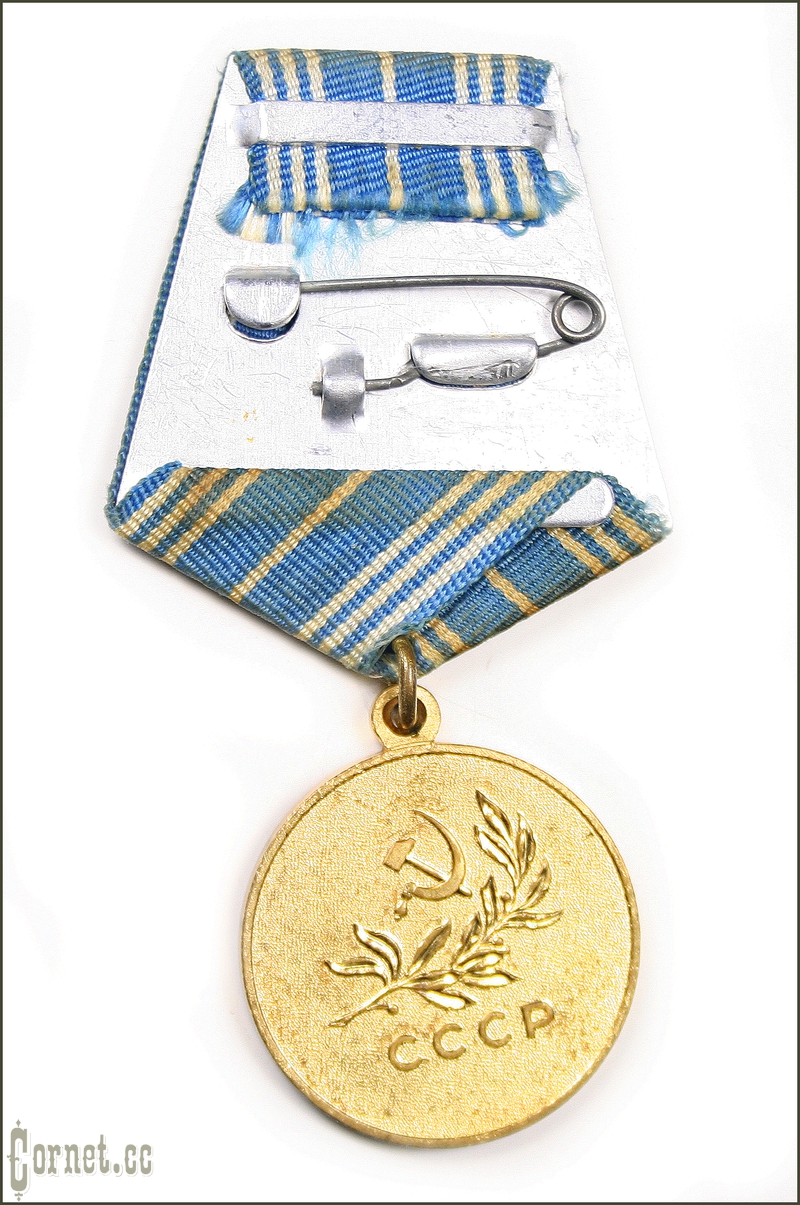