Russian Empire. 1916-17. St Ann's award of the 3rd class with swords. Dmitry Osipov's workshop (a brand "DO" and a letter "K" - bronze).Were handed after 1916 when the ban on production of medal signs and medals from precious metals has arrived (gold, silver), "native" collecting. Very rare.

TThe Imperial Order of St. Anne was established in 1735 as a dynastic award of the Duchy of Holstein (Golstinia. or Holstein - the former duchy in Nord Germany, between Eider, Elba, Grass, German and Baltic Seas). In the state system of awards of Russia, it appeared much later. This happened in 1797 by decision of Emperor Paul I. Officials and military of almost all ranks were encouraged by the Order.

Worn on the chest on the ribbon of the order of St. Anne. 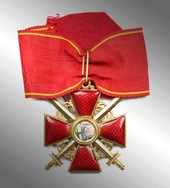 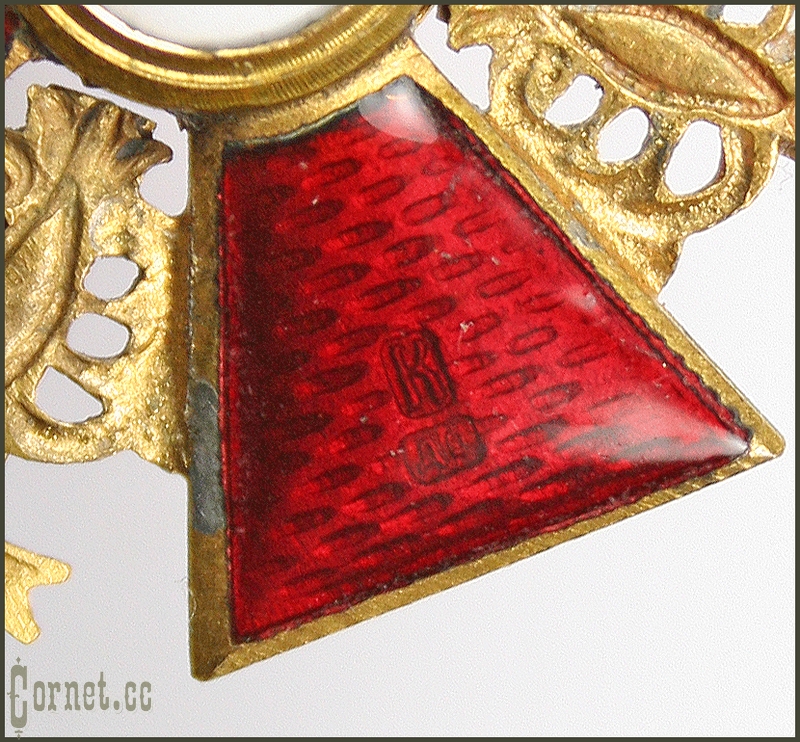 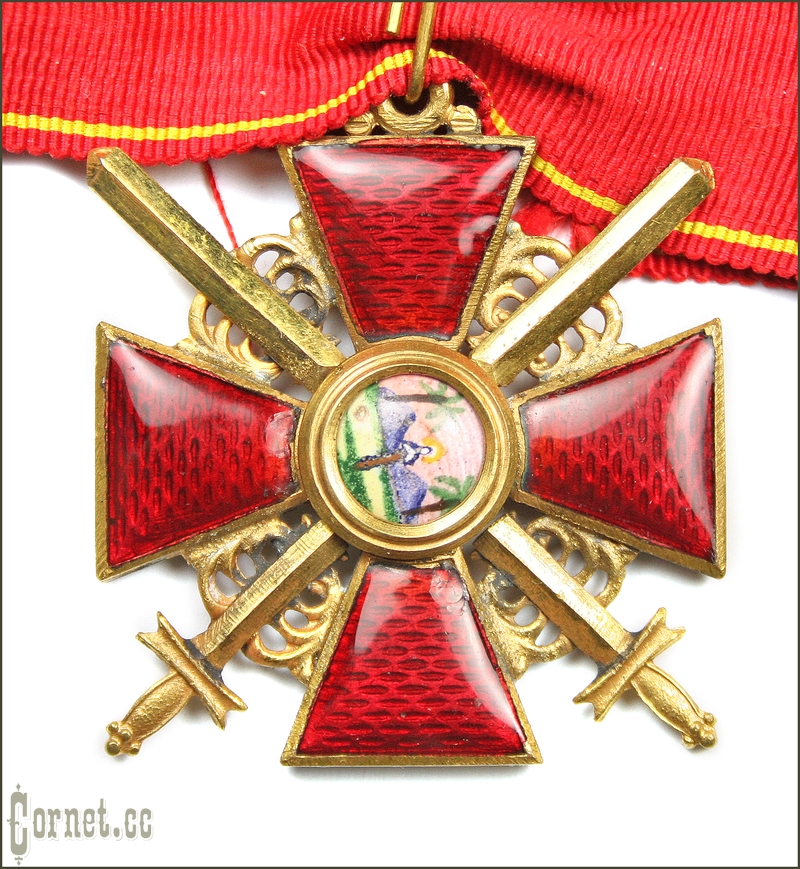 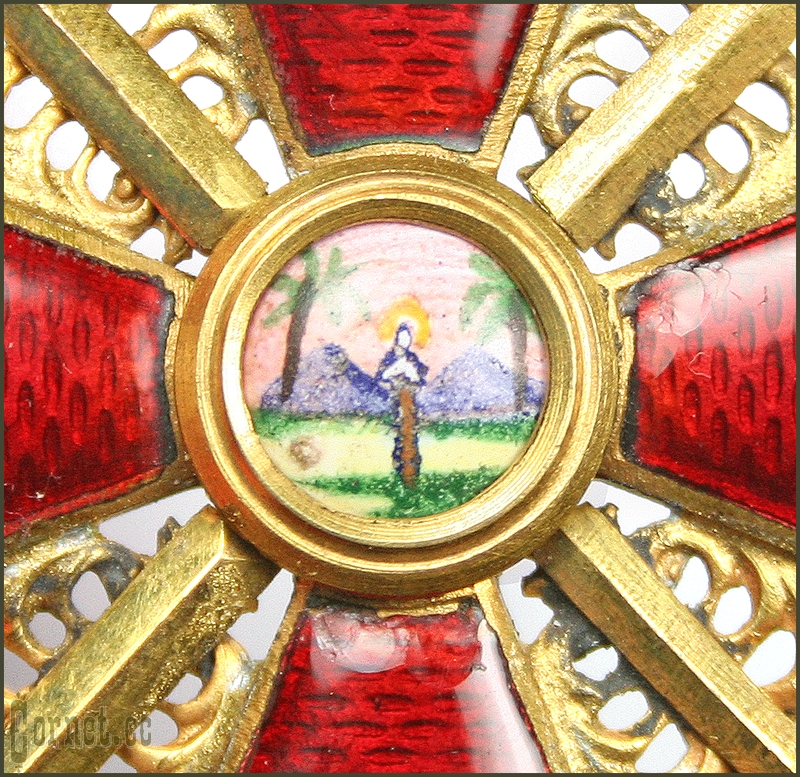 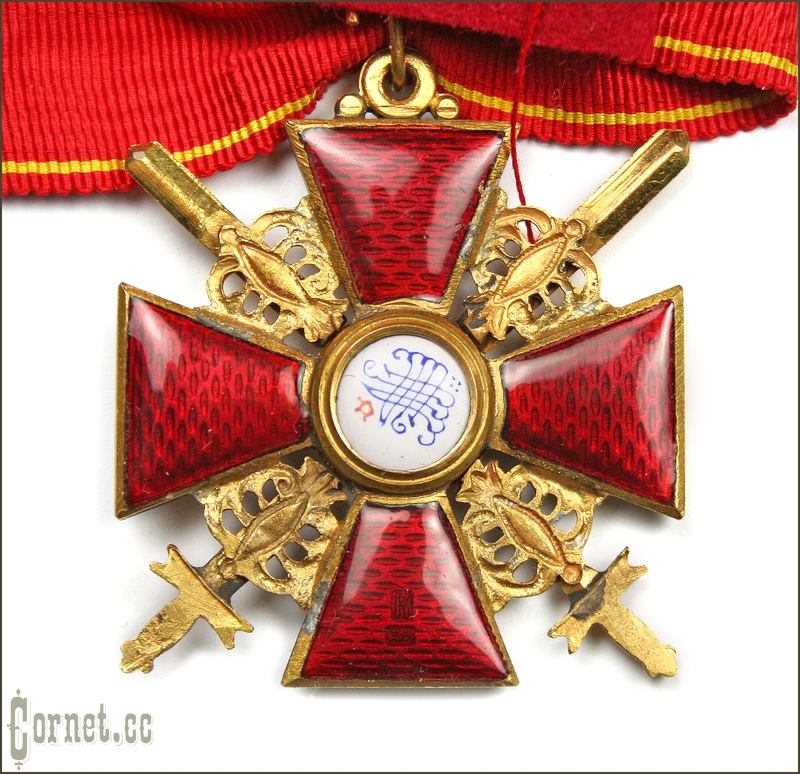 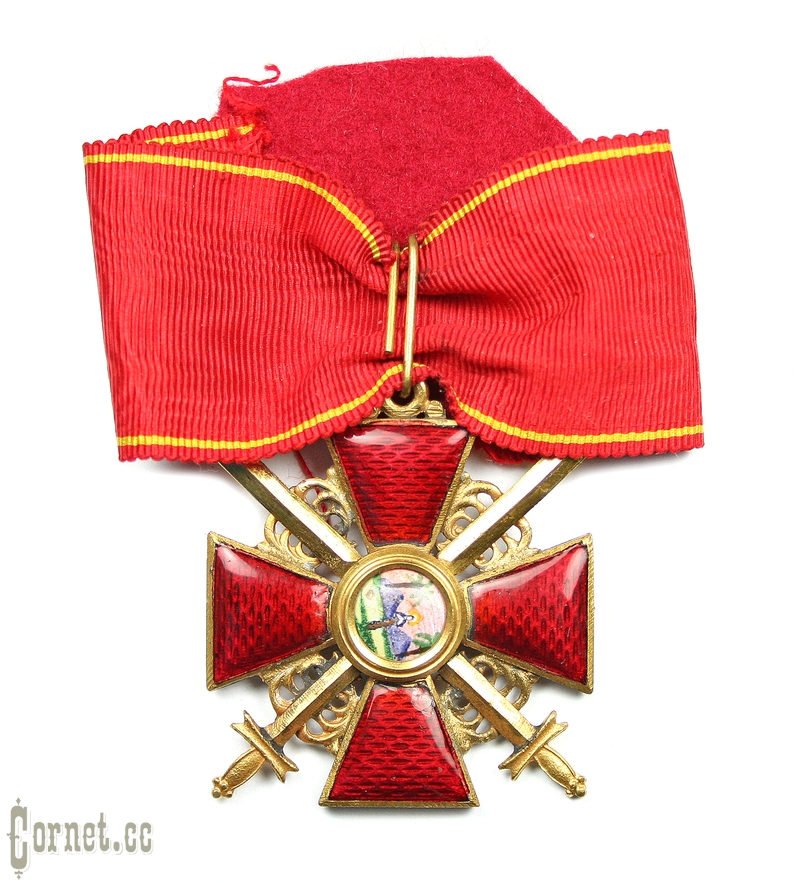 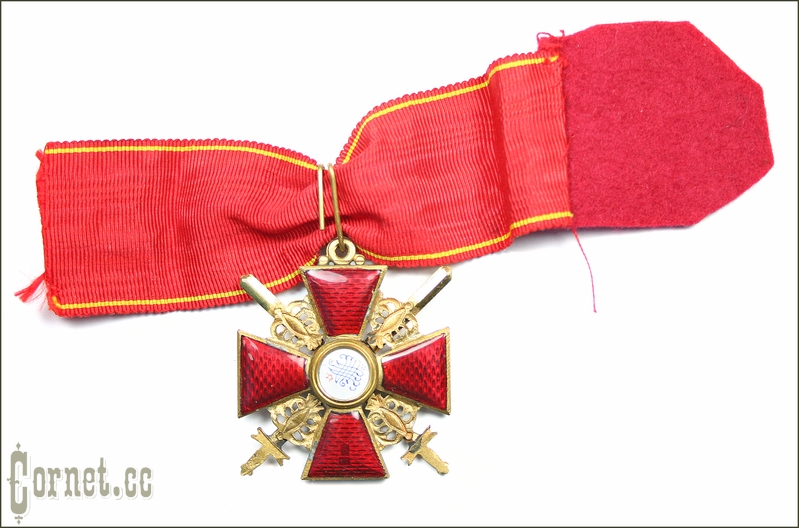