1. 1934. A white dome of a paratrooper with the dark blue narrowed continuation which bottom is cut horizontally off. In a parachute the 6th sling from a dome strips with the inscription "instructor" come to an end at a slip in the form of a red five-pointed star with a sickle and a hammer and broken (on inside of the lower beams of a star). Below there is very stylized image of the plane monoplane, and under it a figure of the falling paratrooper. The bottom of the sign has two inflows with openings for fastening, by means of two rings, a triangular pendant with figure 20 of quantity of jumps. Brass. The size (with a pendant) 61.65*28.55mm. - 600 euros.

2. 1955. Instructor paratrooper. Top of the badge "paratrooper" the white opened dome of a parachute from which edge there are slings on four pieces to hands of the parachutist down. In the top of a badge the five-pointed star with a sickle and a hammer, is also visible a beam notch under enamel. A background under slings of a parachute and under the little man blue, color of air. At once under a dome it is represented two-engined transport airplane. Golden color on the sign: facet, fillets, slings, parachutist and plane. Brass. The size is 40x22 mm. Fastening standard by means of a pin and a nut. - 50 euros. 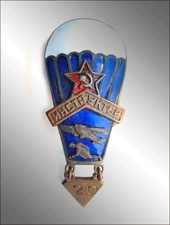 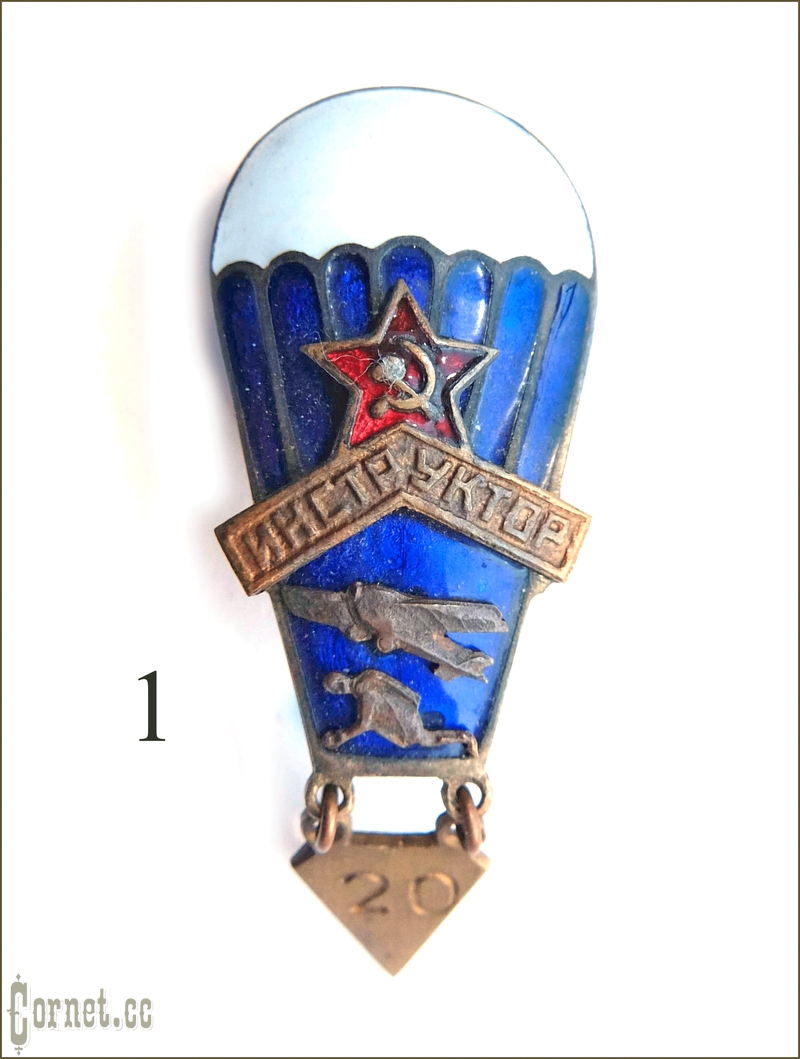 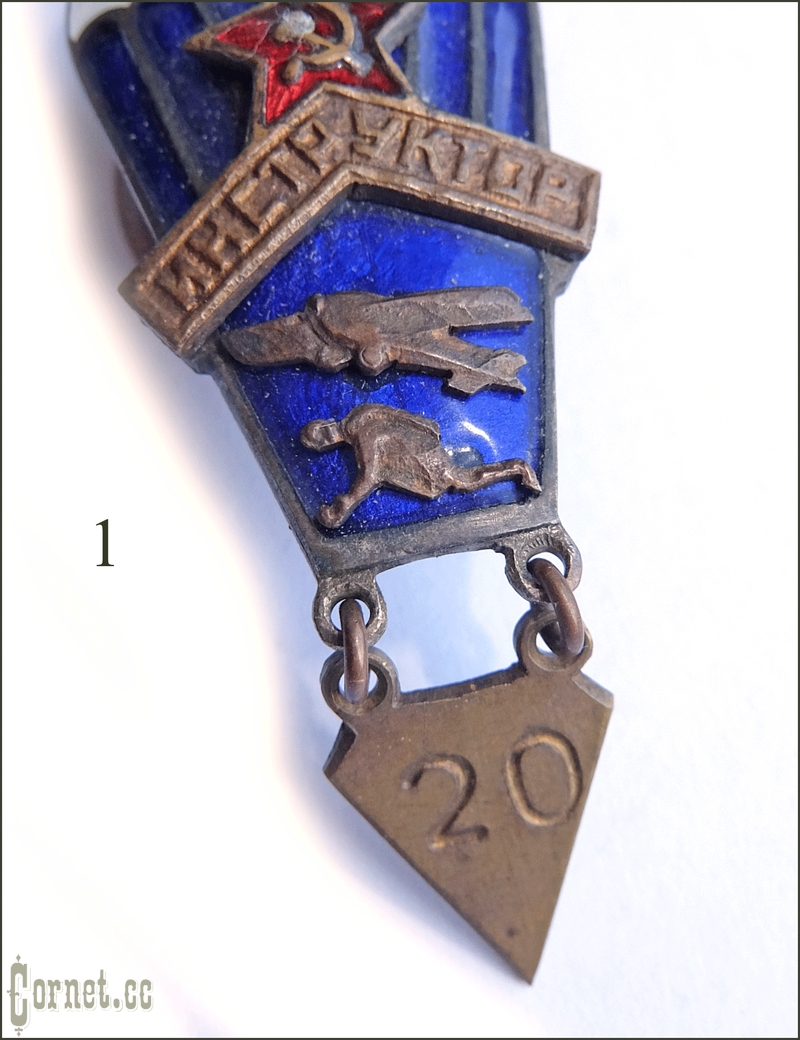 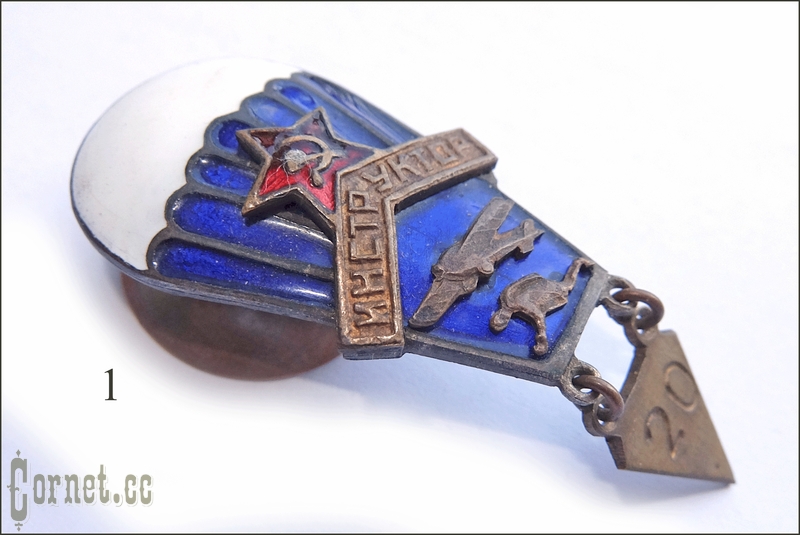 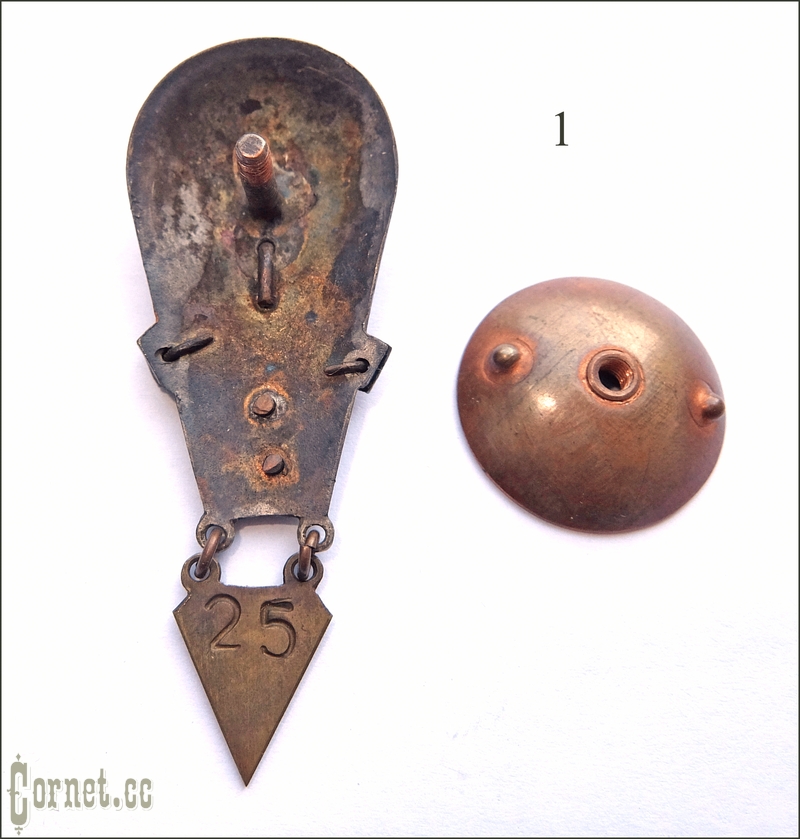 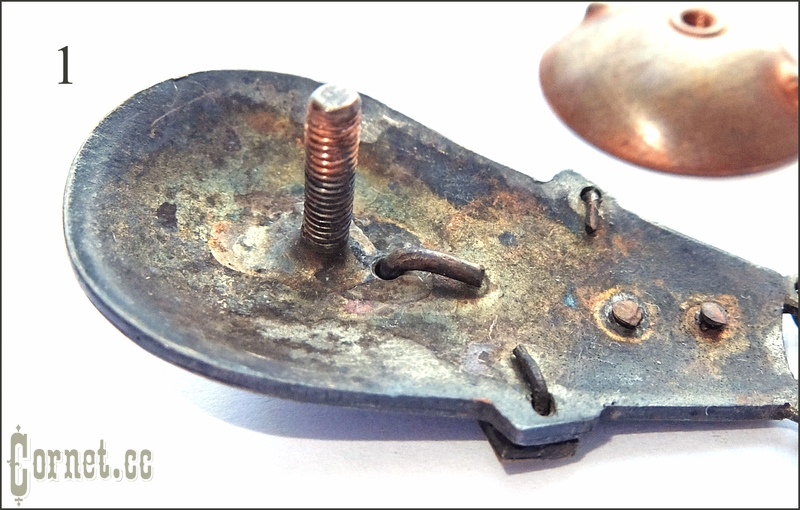 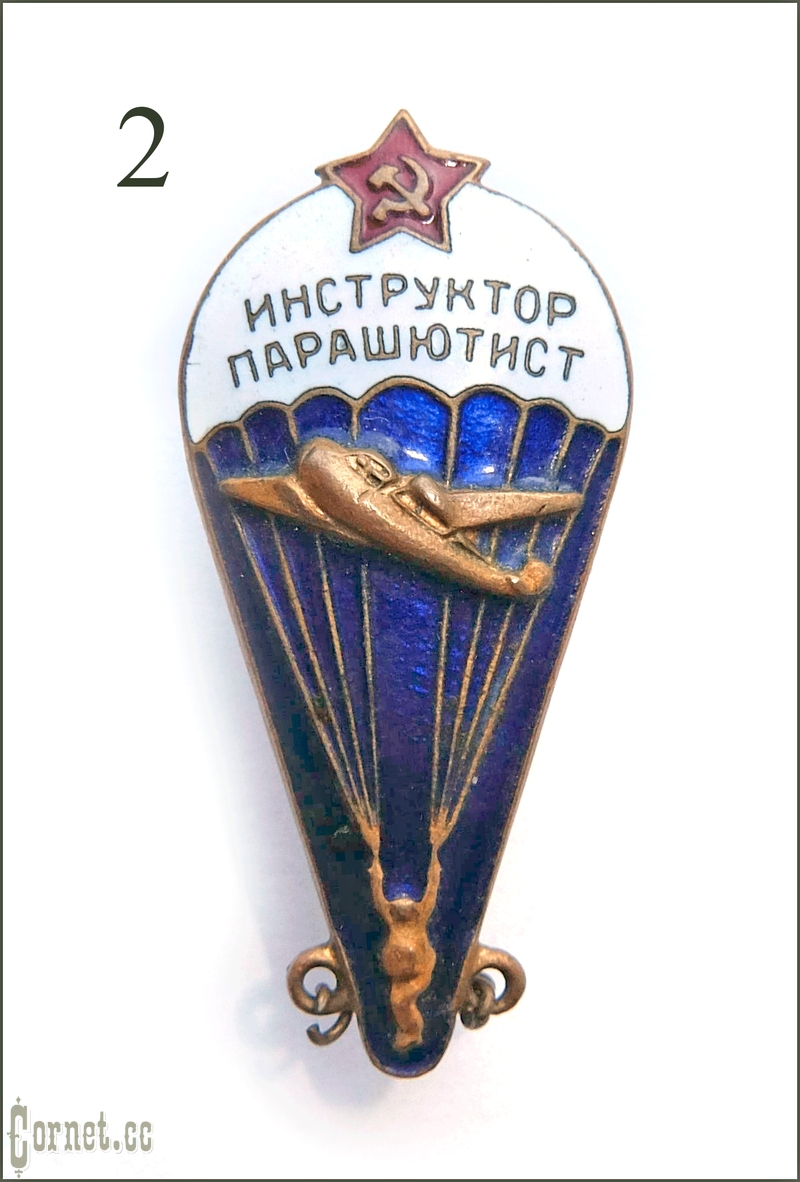 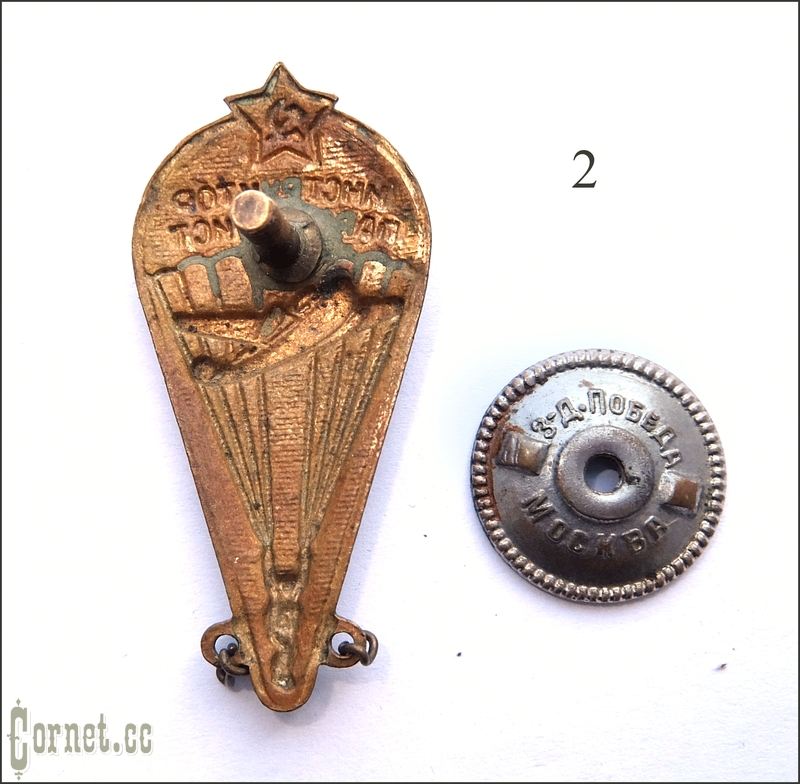