№122094 Badge of the first Peterhof school of ensigns of infantry

Russian Empire. Badge of the Peterhof school of ensigns of infantry. It is approved on October 13, 1916. The sign is executed in the form of an equilateral direct cross with the crossed swords. In the center of the sign a laid on state eagle with a guard on a breast. The guard is covered with lime enamel from abreavitury "1ShP" - school of praposhchik. On the top beam a gilded monogram of the Emperor Nicholas II. On the lower beam of a cross a pogonchik of the ensign of infantry. The sign the Imperial crown crowns. A magnificent state, without losses. (To meet a crown much less often since schools of ensigns and spare regiments "delivered" the main part of revolutionary armed forces.) 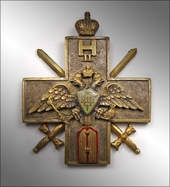 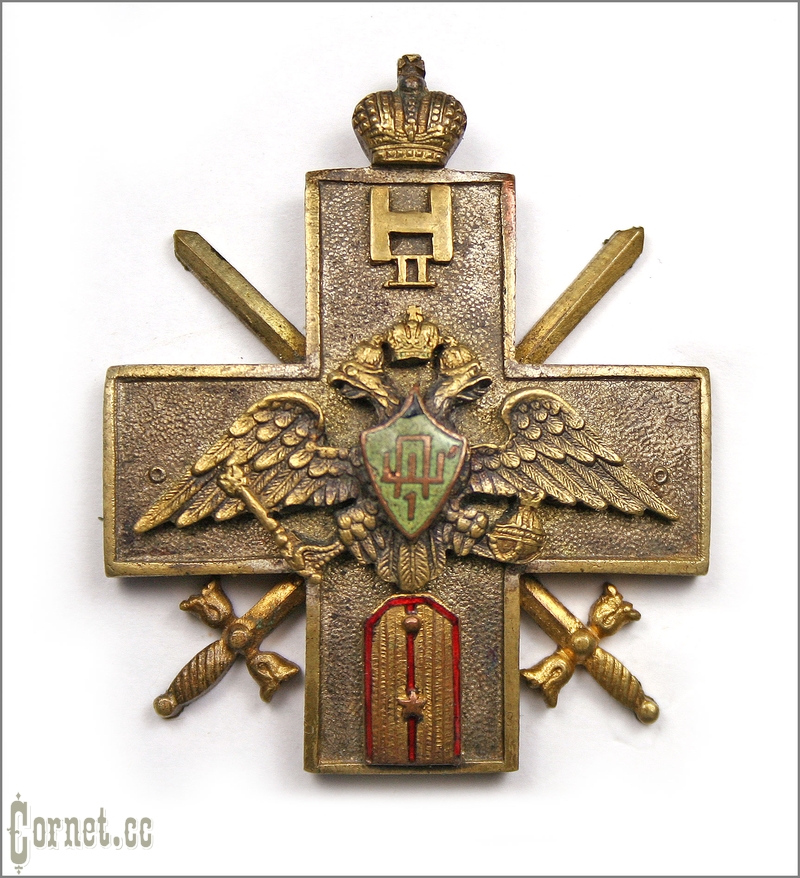 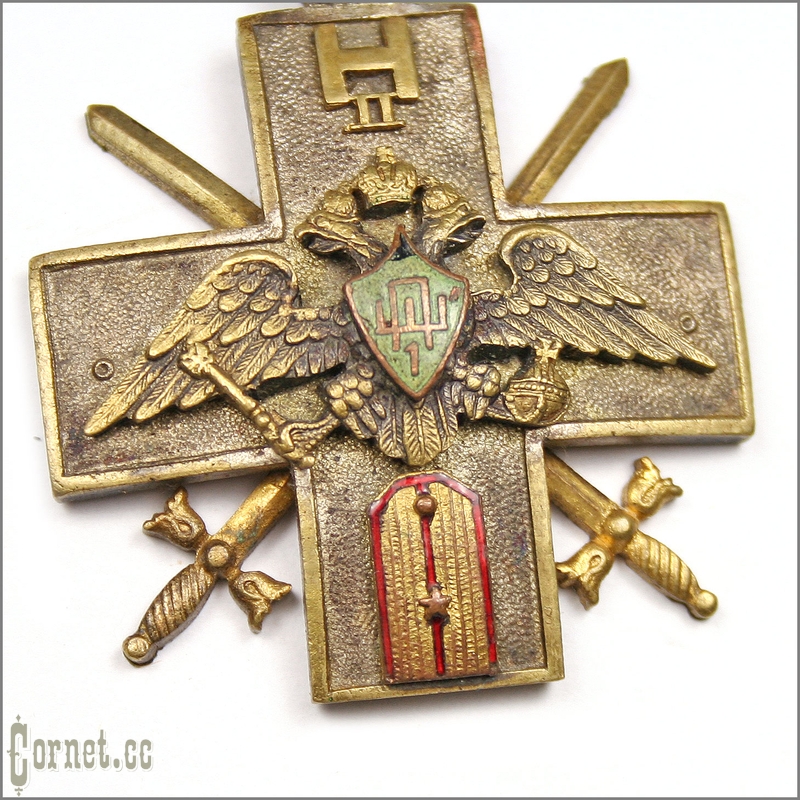 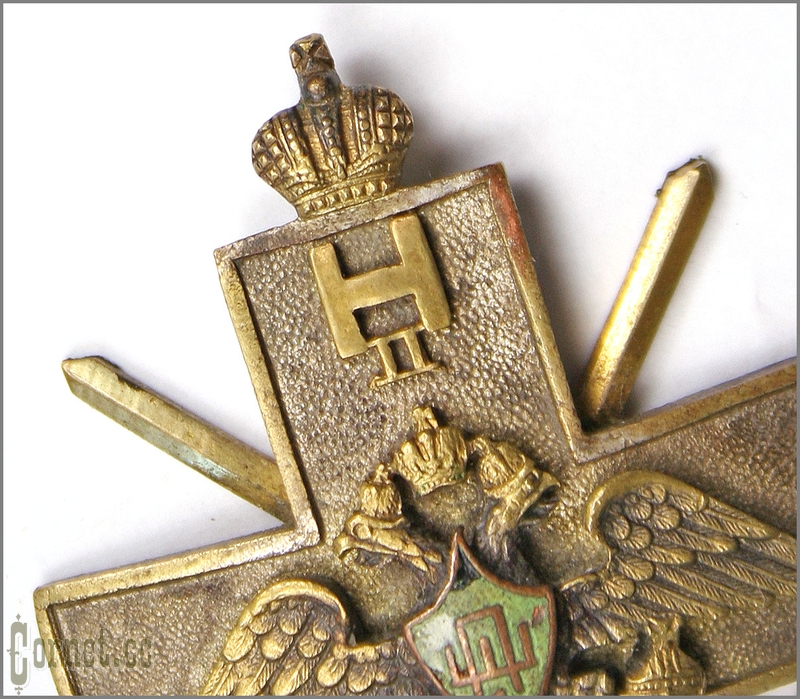 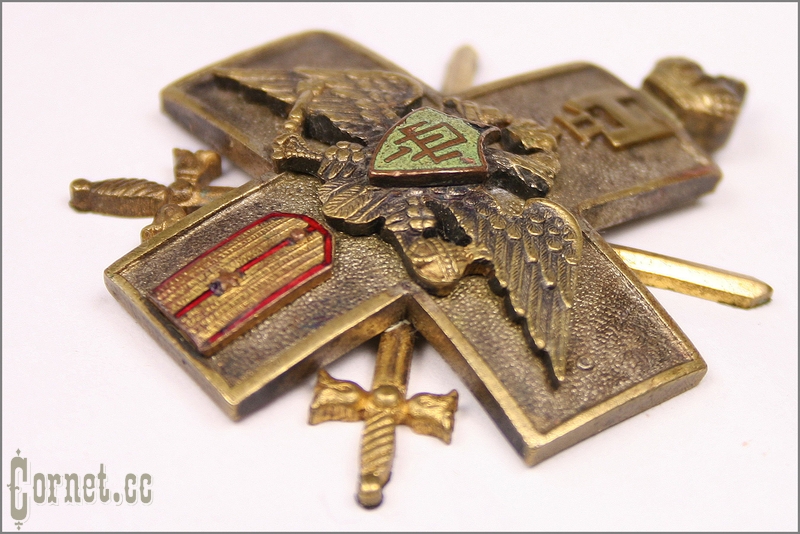 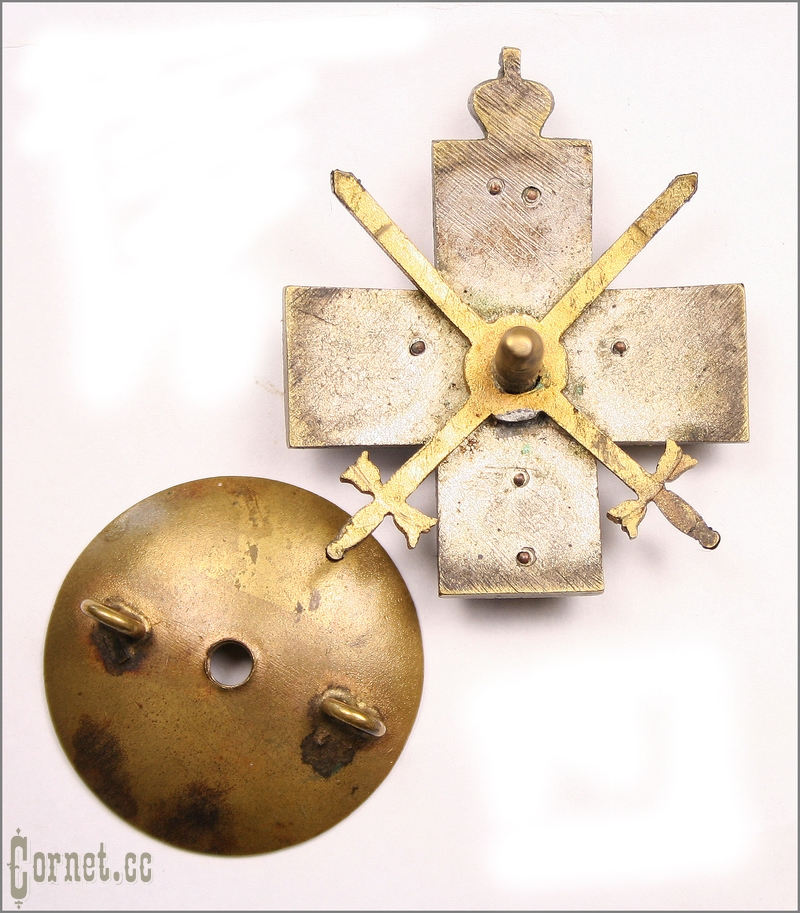 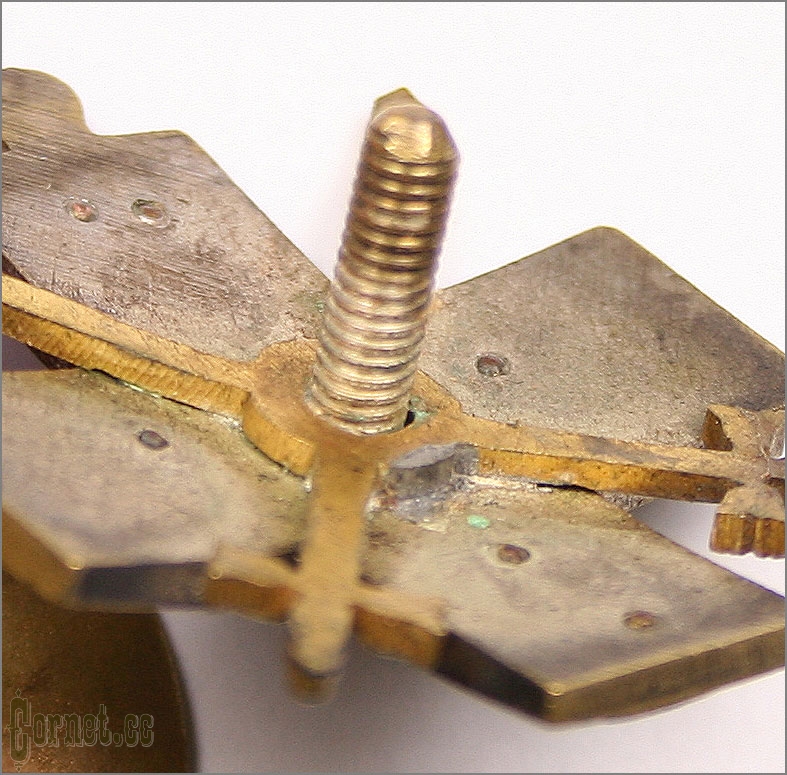