Russian Empire. The badge in memory of the 50 anniversary of territorial institutions.

It is approved 03.01.1914. An oval wreath from laurel and oak branches. The State Emblem is imposed on the top part of a wreath. In a wreath the oval guard covered radiant амалью dark аеленого colors with is located the bound Alexander II and Nicholas II's monograms located on her topped with the Imperial crown. Seven guards with emblems of various fields of activity of territorial institutions are imposed on a wreath. On the left branch of a wreath guards with the image are located: the opened book — an education emblem; a sickle and a sheaf — an agriculture emblem; the axe and an anchor — a transport emblem. On the right branch of a wreath guards with the image are located: a snake with Hippocrates's bowl — an emblem of medical support; Mercury staff — a trade emblem; a column capital — a construction emblem. In the lower part of a wreath, over the place of crossing of branches: scales — an emblem of judicial proceedings. Branches of a wreath are connected by a tape on which there are convex dates: 1864 — year of an adoption of the Provision on provincial and district territorial institutions, and 1914 — year of fifty-year anniversary. 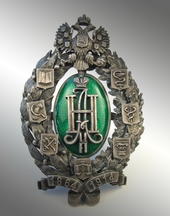 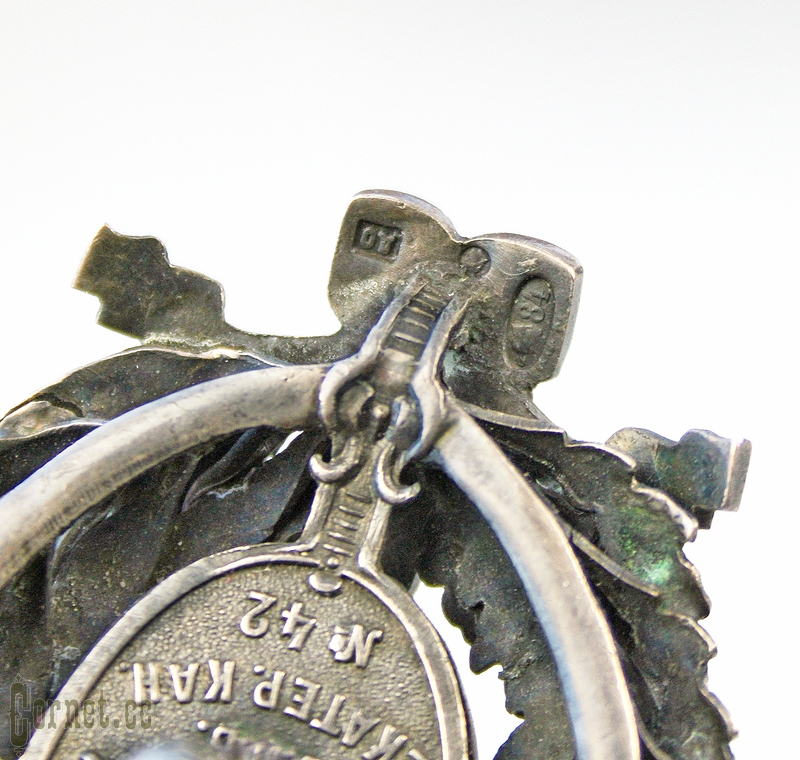 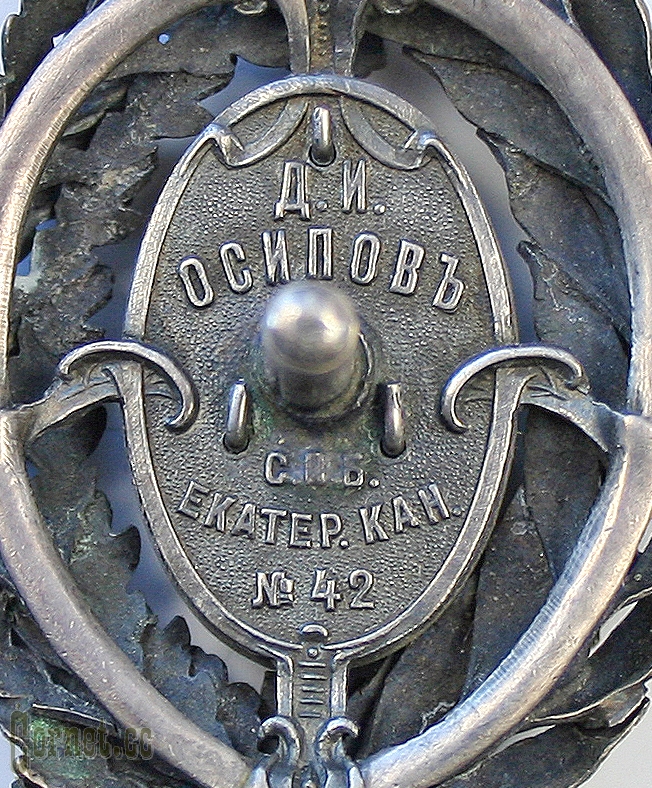 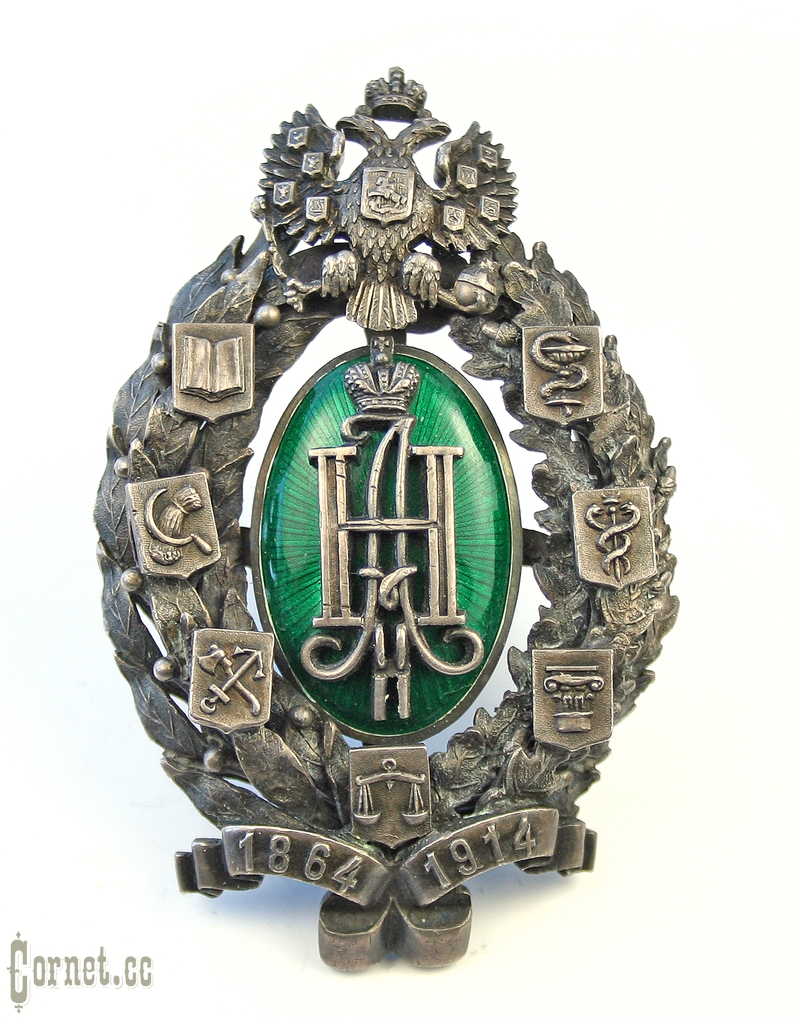 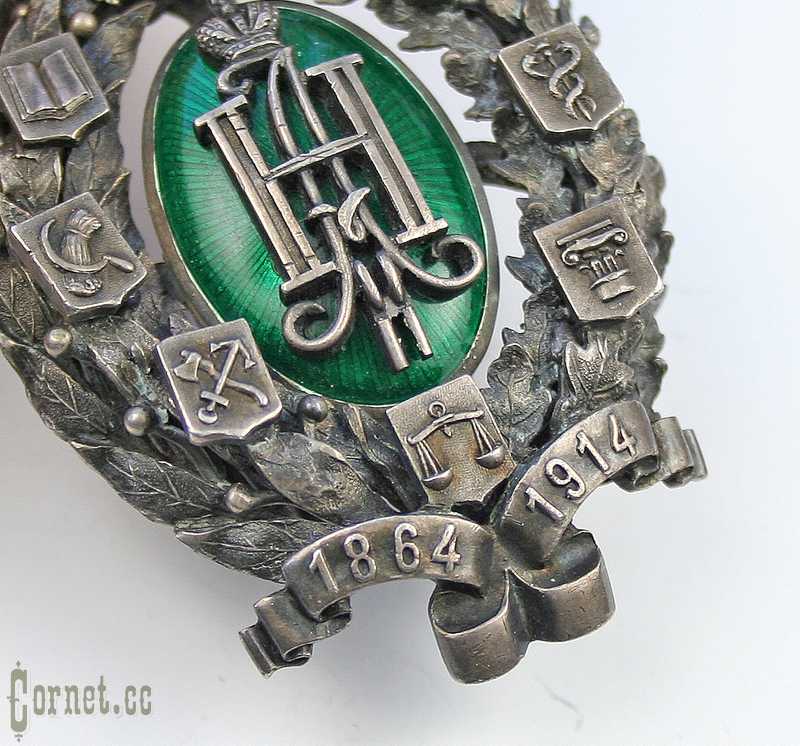 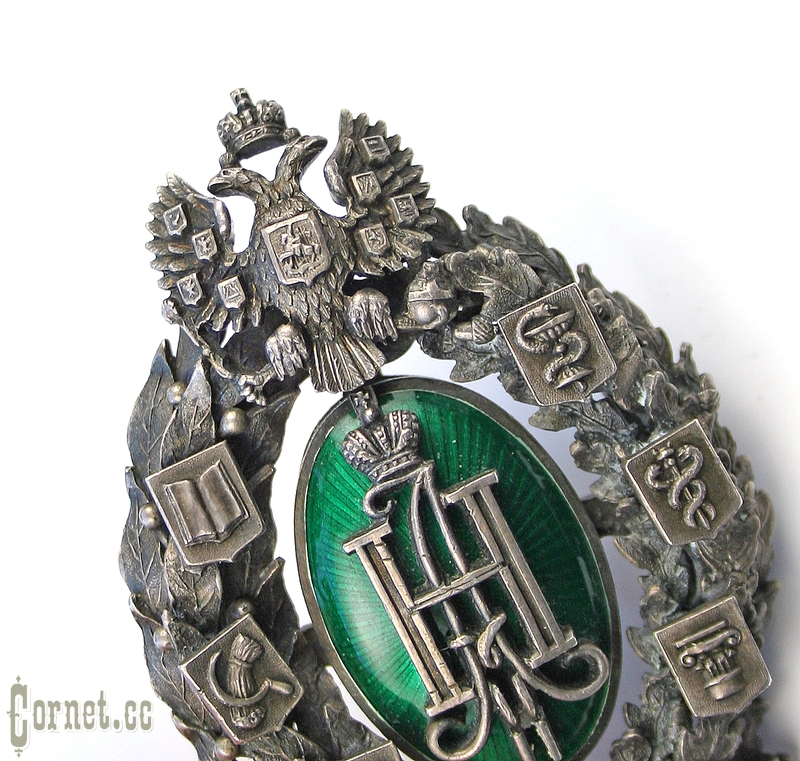 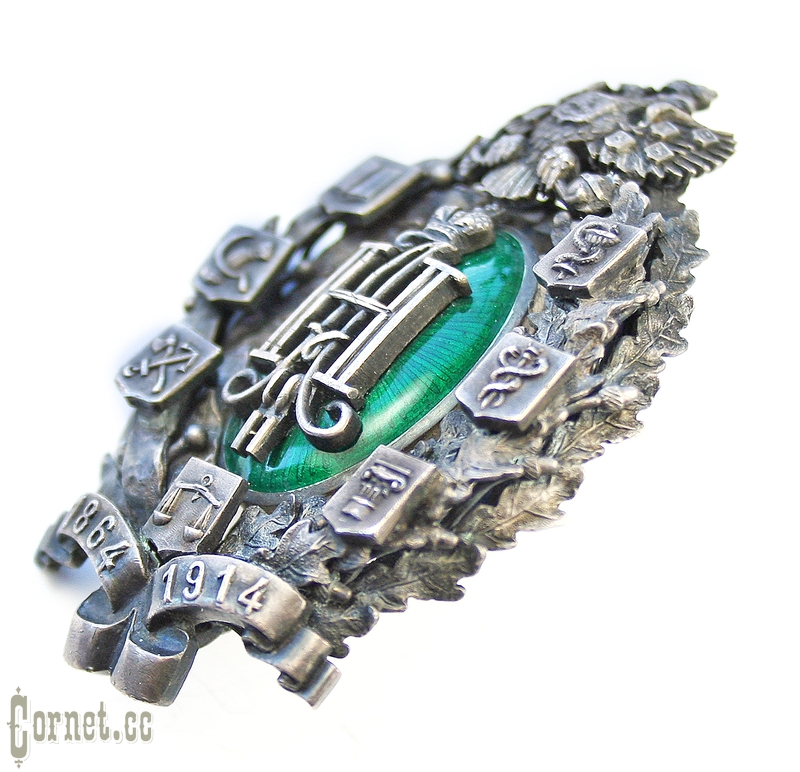 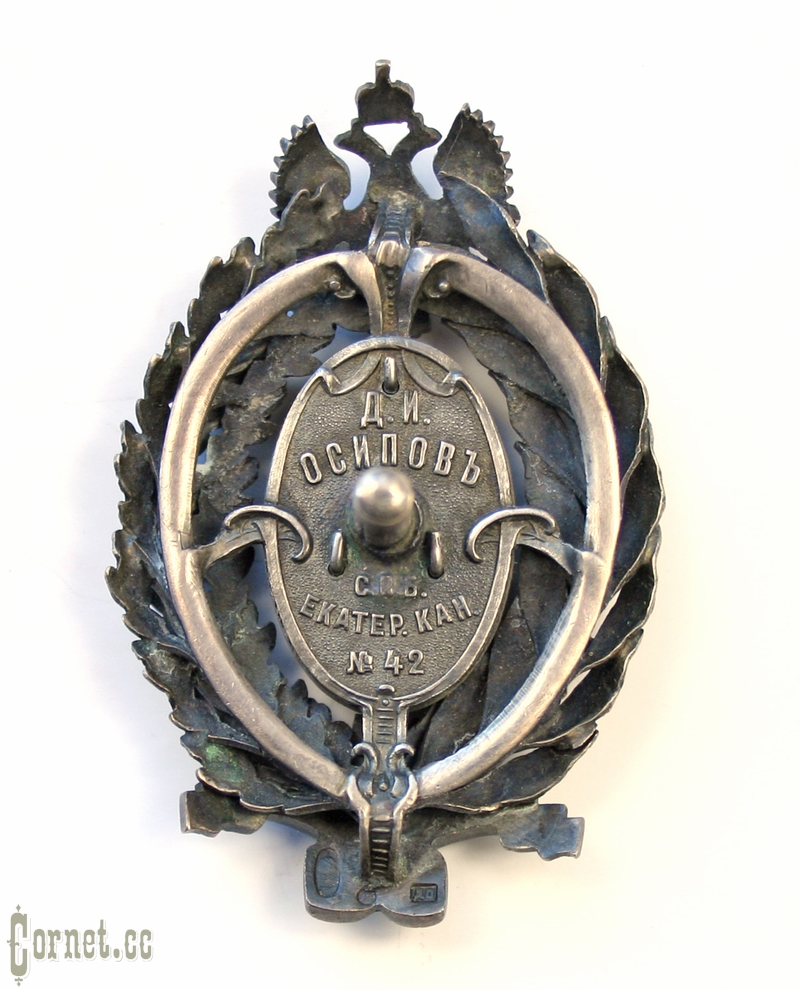 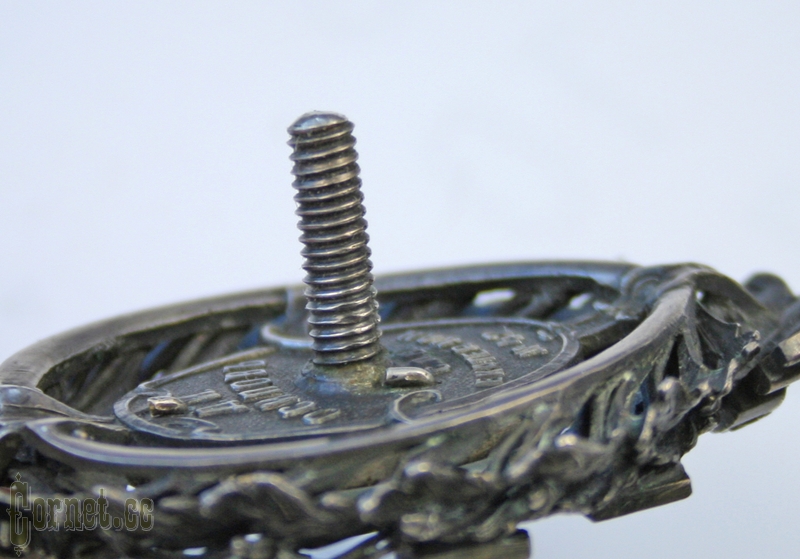