USSR. Order of Lenin No. 275482 with an award document addressed to Elizaveta Yakovlevna Klyueva, decree of September 6, 1954.

It was established by the Decree of the Presidium of the CEC of the USSR dated April 6, 1930. The Order of Lenin is the highest award of the USSR for particularly outstanding services in the revolutionary movement, labor activity, the defense of the socialist fatherland, the development of friendship and cooperation between peoples, the consolidation of peace and other particularly outstanding services to the Soviet state and society.

The Order of Lenin is awarded:- citizens of the USSR;- enterprises, associations, institutions, organizations, military units, warships, formations and associations, union and autonomous republics, territories, regions, autonomous regions, autonomous districts, districts, cities and other localities. The Order of Lenin can also be awarded to persons who are not citizens of the USSR, as well as enterprises, institutions, organizations and settlements of foreign states. 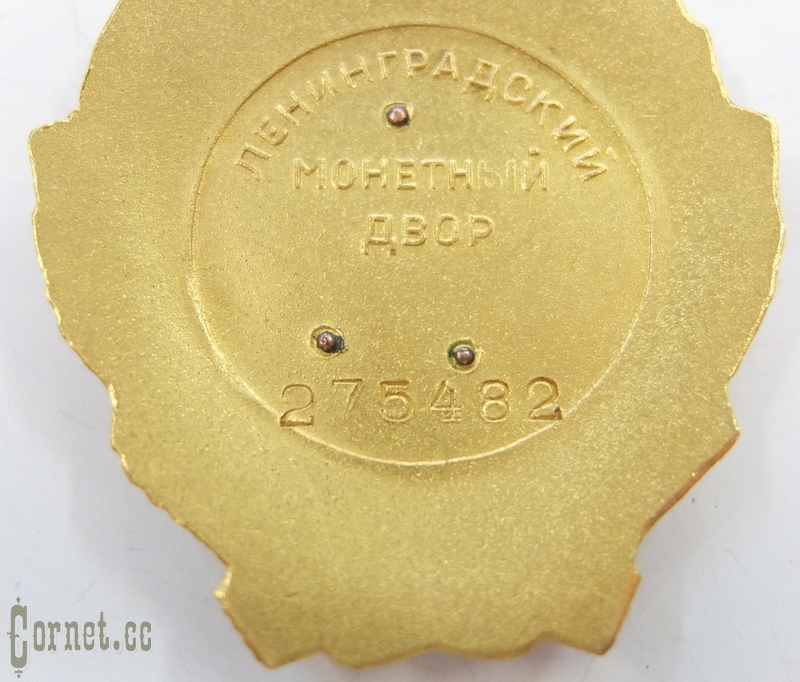 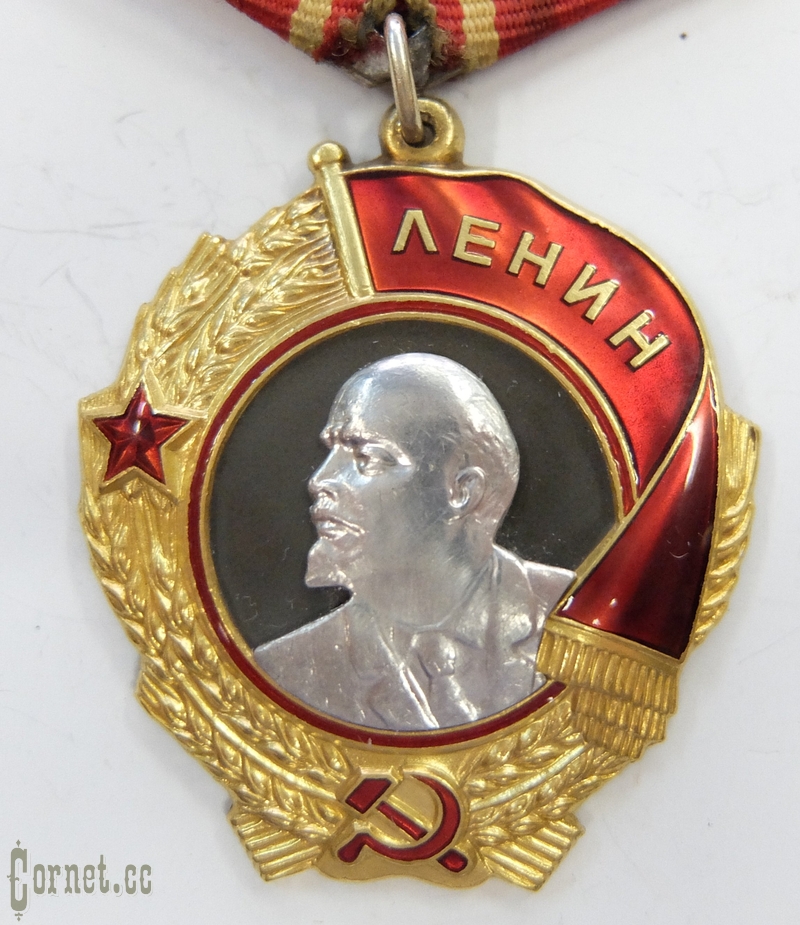 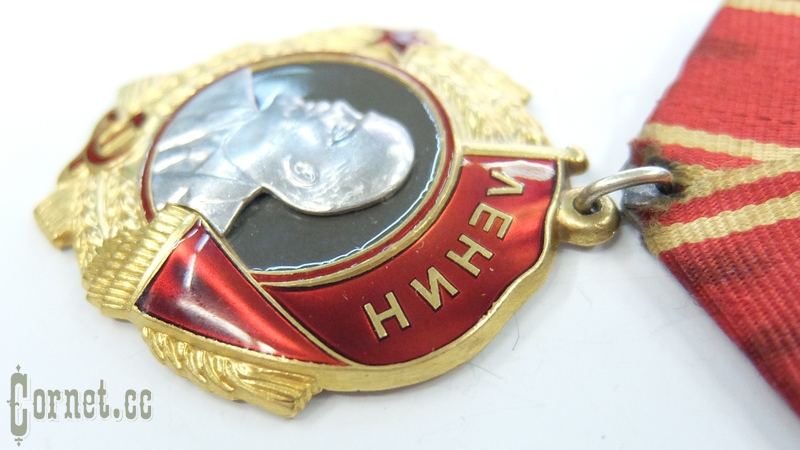 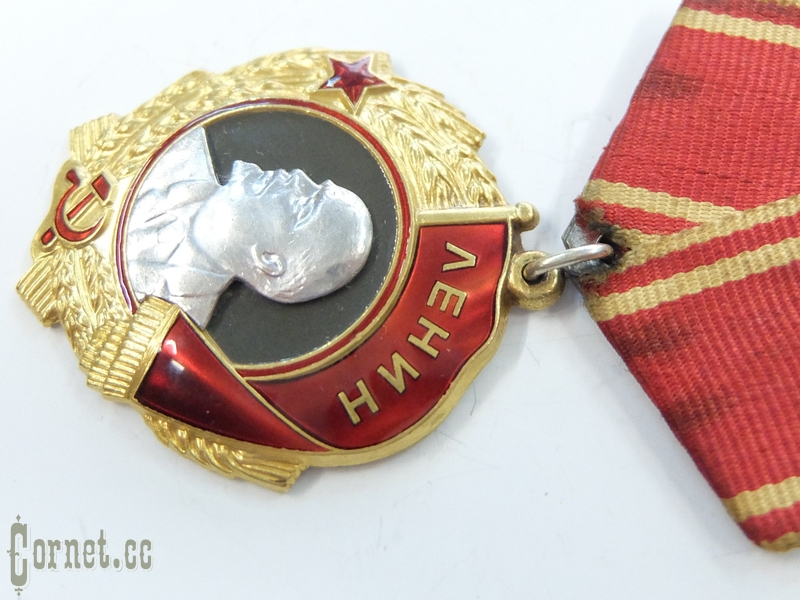 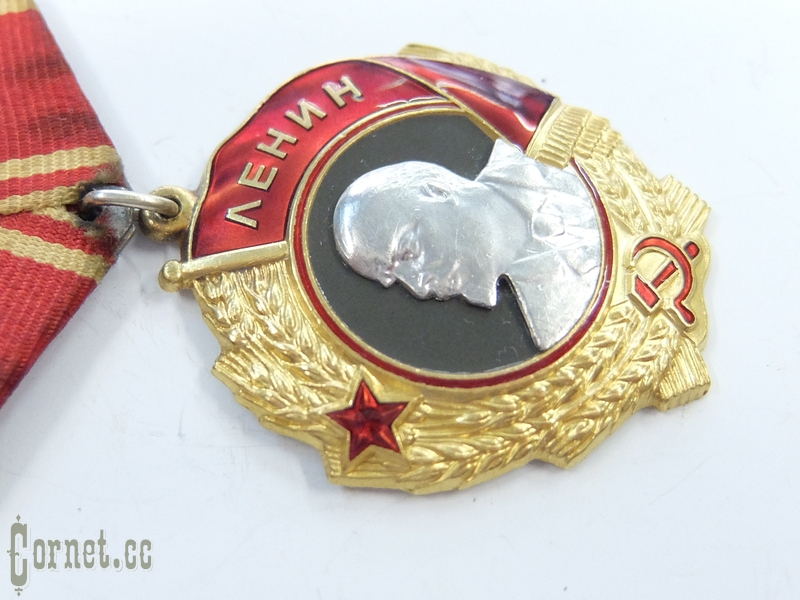 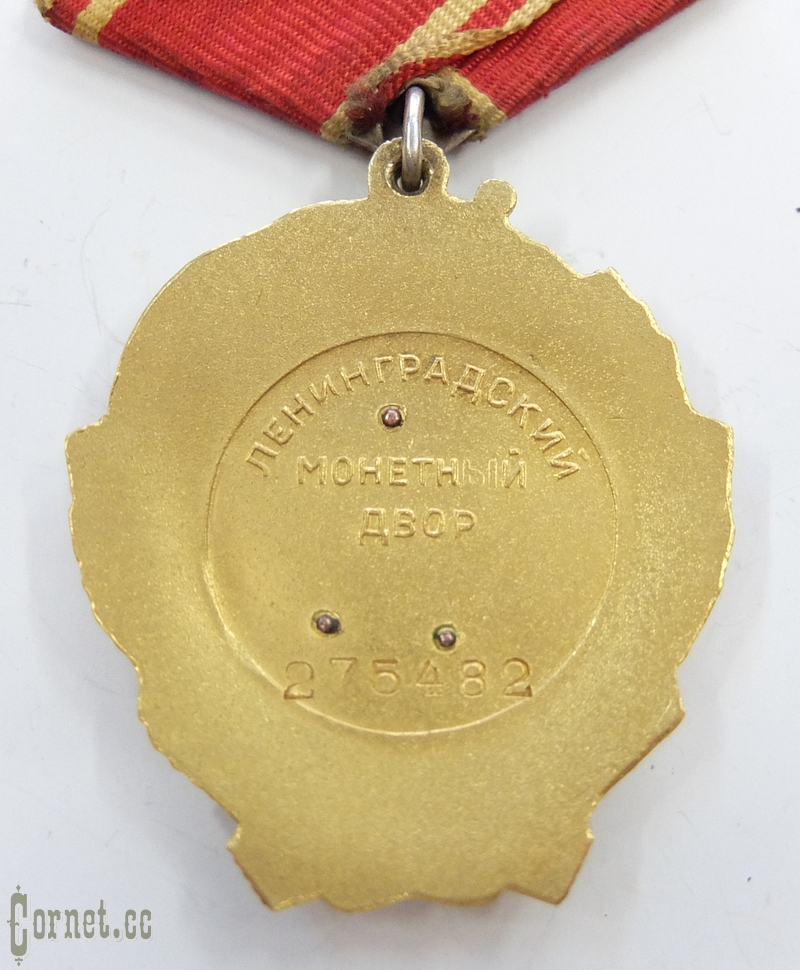 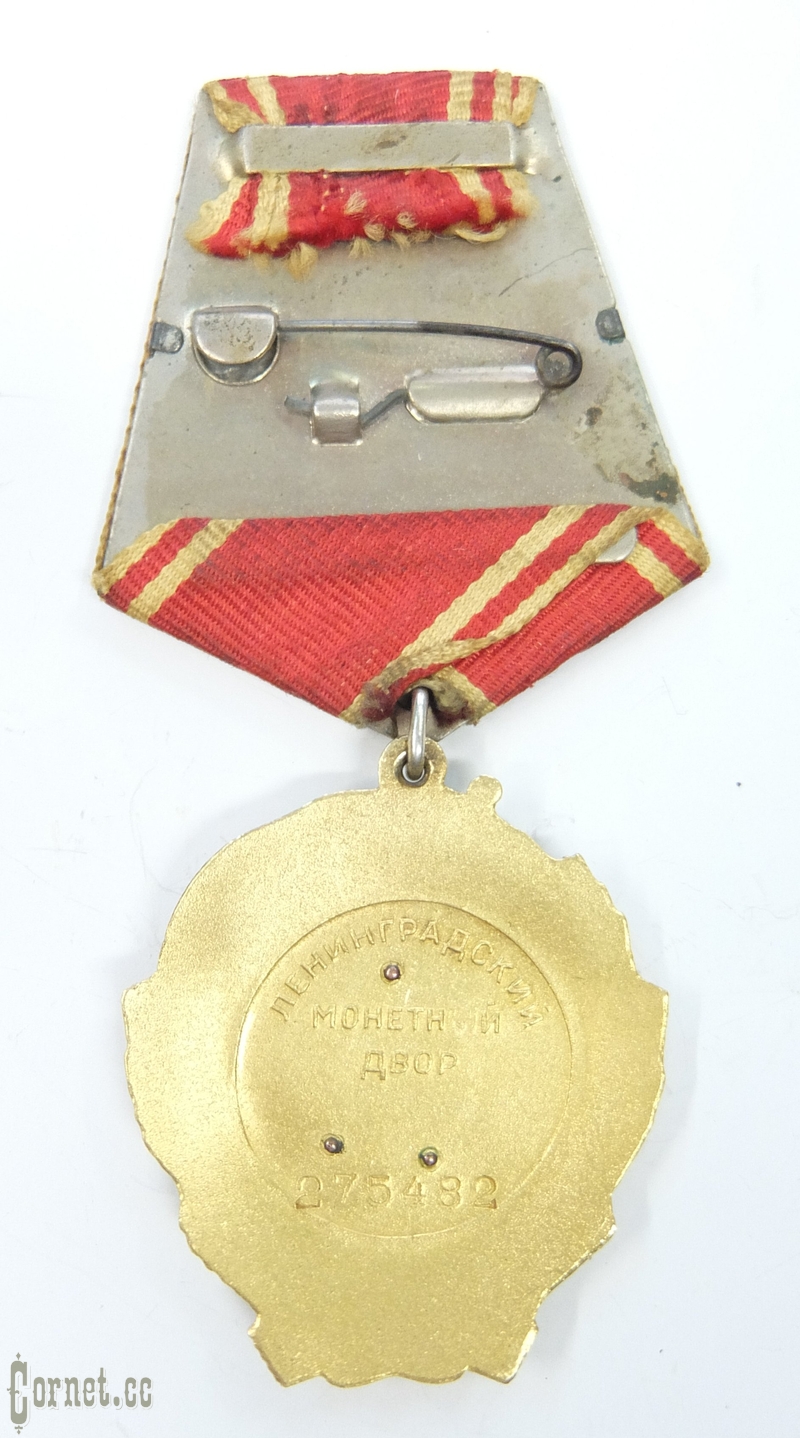 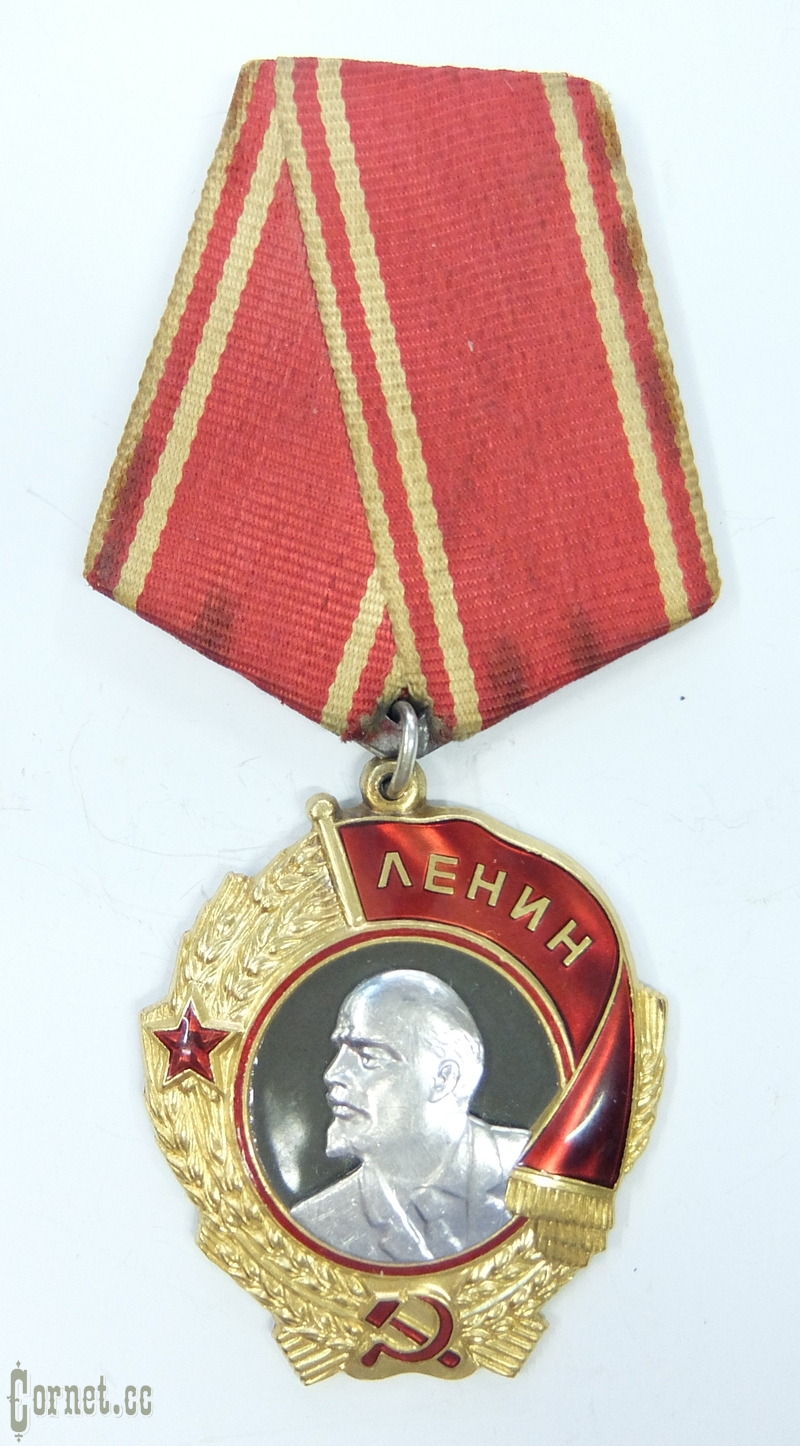 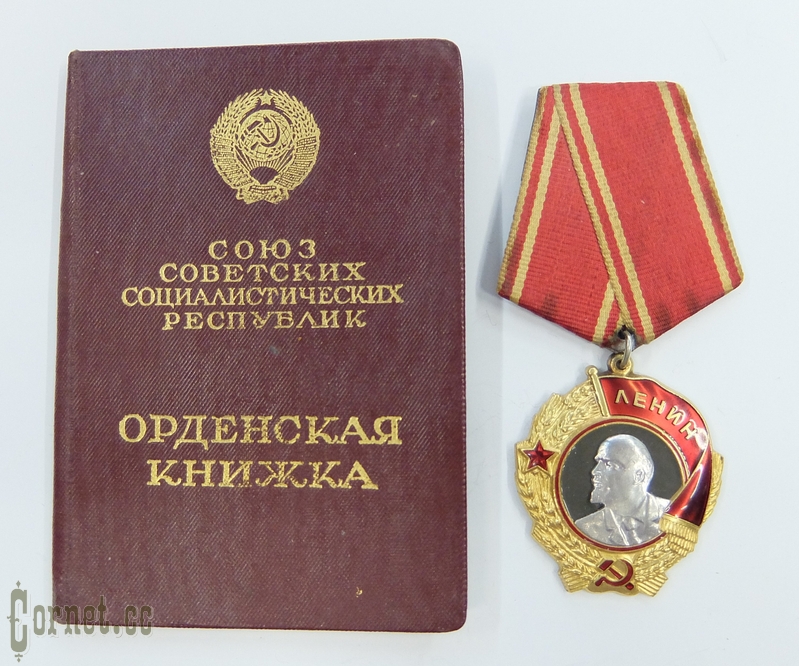 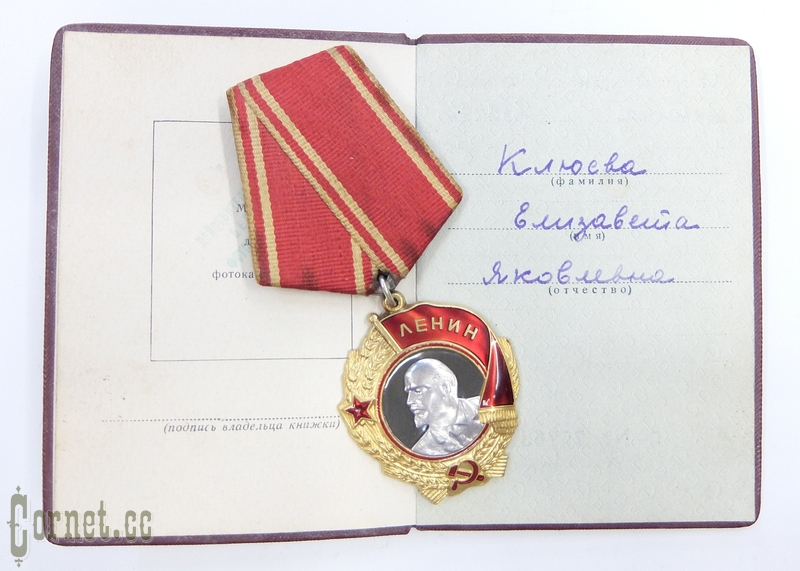 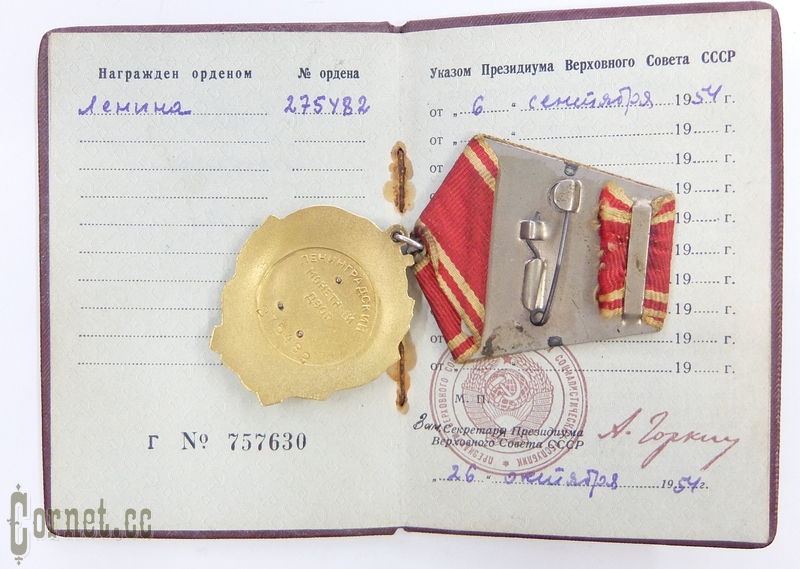