Russian Empire. The set of two awarding medals. 1. Special Military Merit Medal. It was established on May 1, 1910. The medal was awarded to generals, officers, military officials, deminers and lower ranks of the 1- Deminers Brigade, the 3rd Railway Battalion, teams of the 147th Samara and 148th Caspian Infantry Regiments and Krondstat Fortress, who took part in the construction of the railway branch Oranienbaum - Red Gorka and fortifications of the Baltic coast. As well as the gendarmerie and police ranks who protected the construction. The total circulation is 4,462 medals. RARE!!!

2. Medal "In memory of the campaign of Admiral Rozhdestvensky's squadron to the Far East". Established on February 19, 1907. The medal was awarded to officers and sailors of the ships of the 2nd Pacific Squadron under the command of Admiral Rozhdestvensky in 1904-1905. who participated in the campaign around Africa to the Far East. Circulation of 5500 medals. RARE!!! 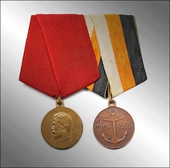 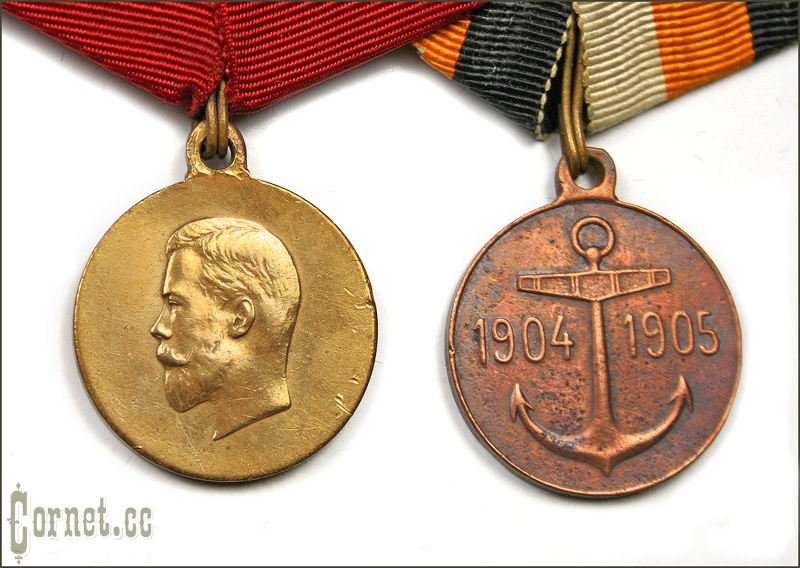 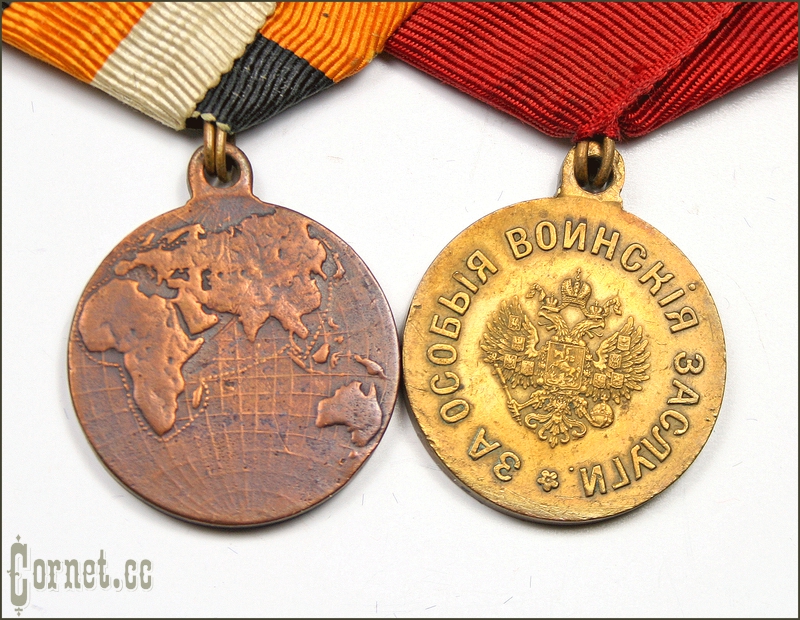 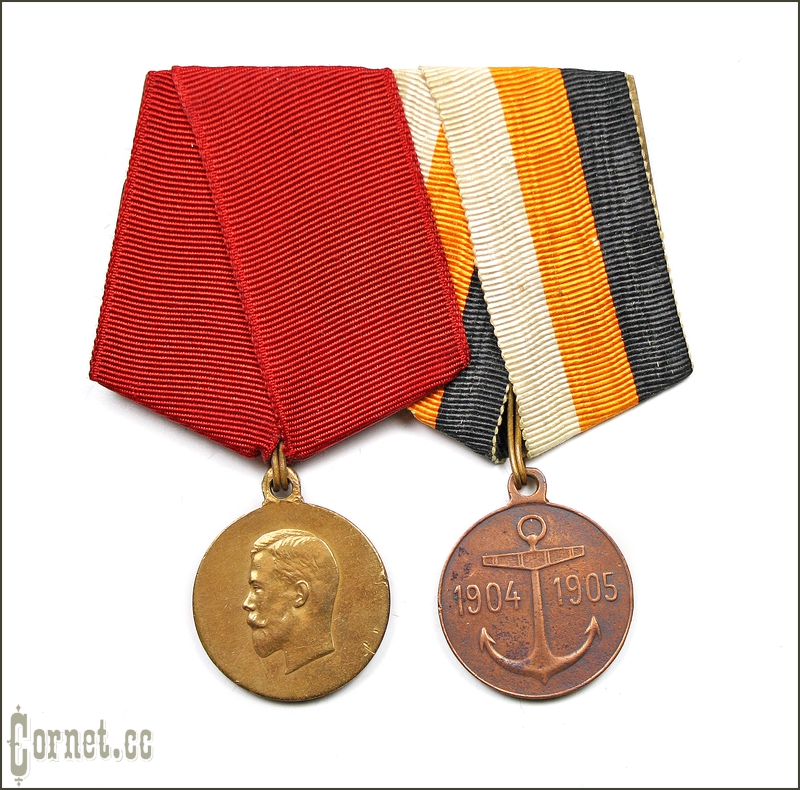 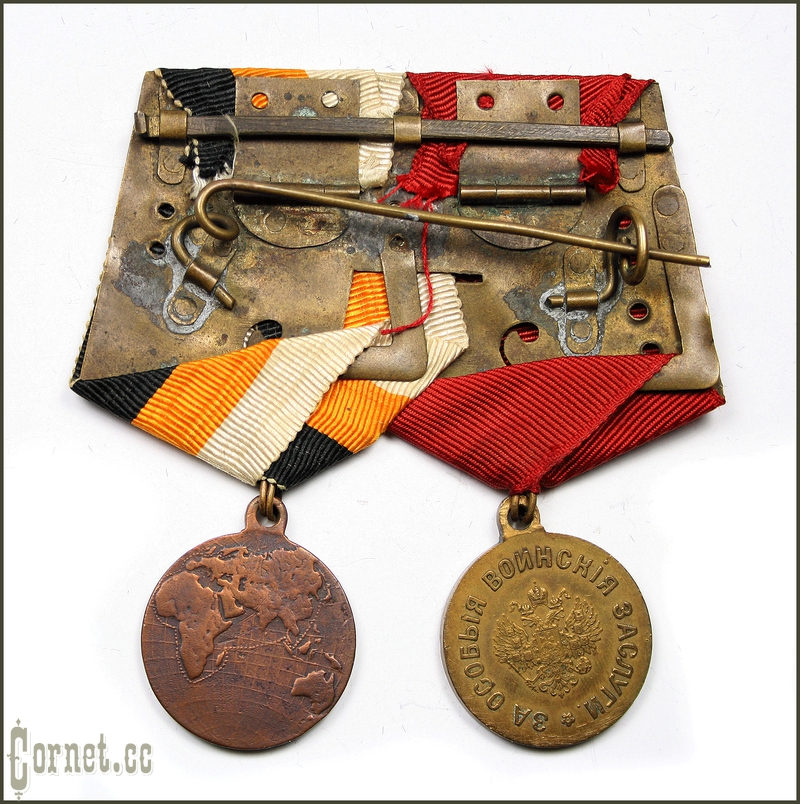