Russian Empire. A naval officer's dagger of the 1803 model. In 1803, the wearing of daggers as the personal weapons of officers and midshipmen of the Navy was highly approved and regulated. At the beginning of the XIX century, the blade of the dirk had a square cross section and an ivory handle with a metal crosspiece. The end of the 30-centimeter dagger blade was double-edged. The length was 39 cm. On a wooden scabbard covered with black leather, in the upper part of the device there were two bronze gilded clips with rings for attaching to the belt, and in the lower part for the strength of the scabbard-the tip. The details of the guard and scabbard are gilded. 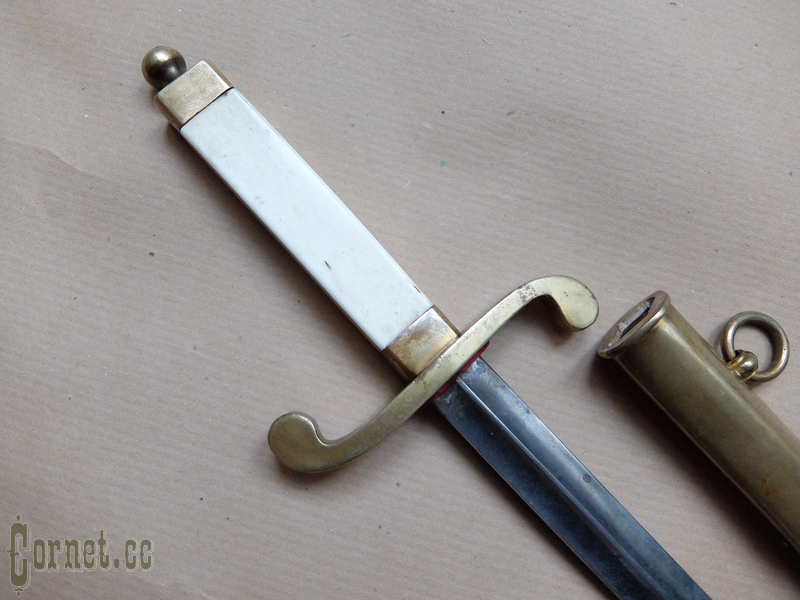 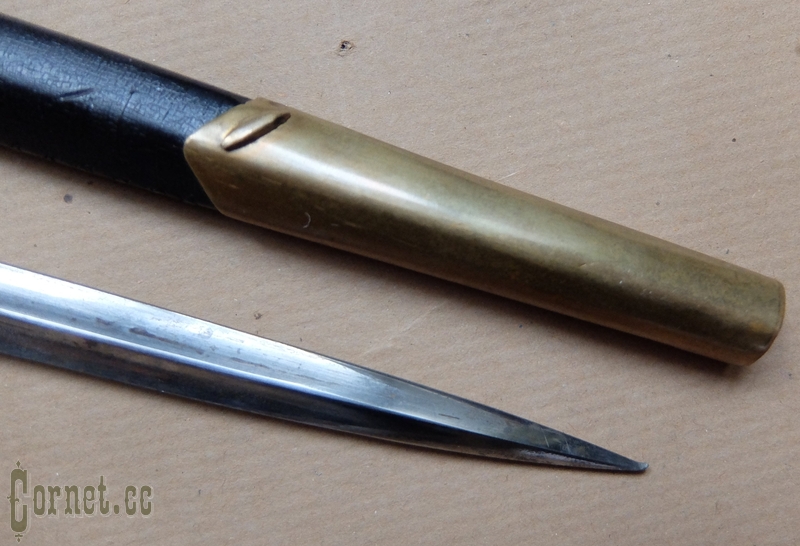 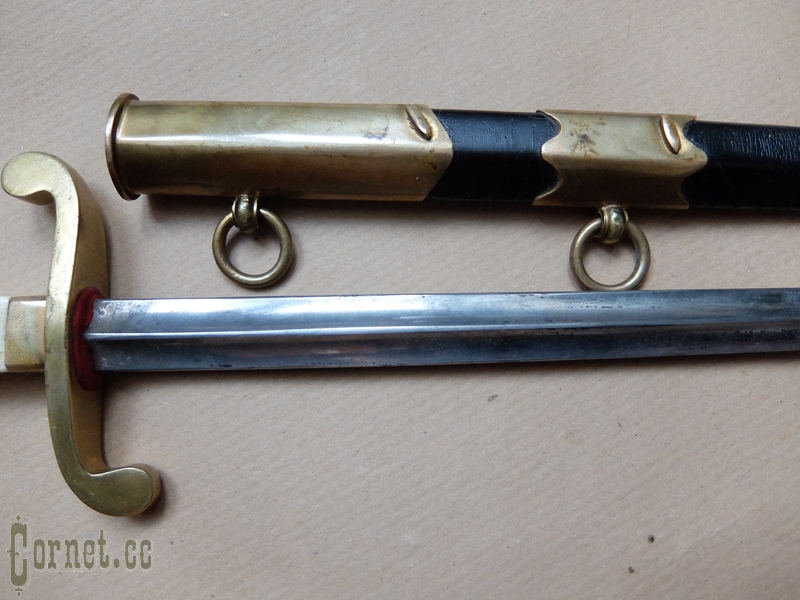 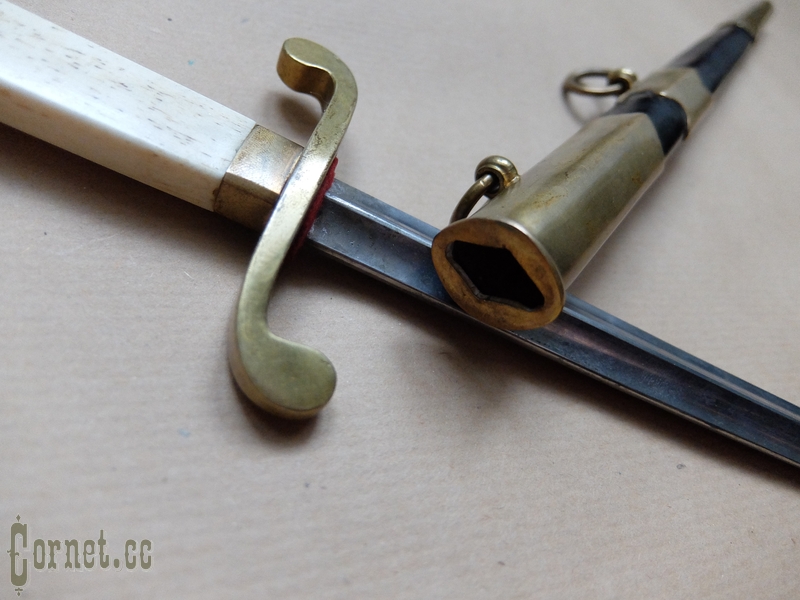 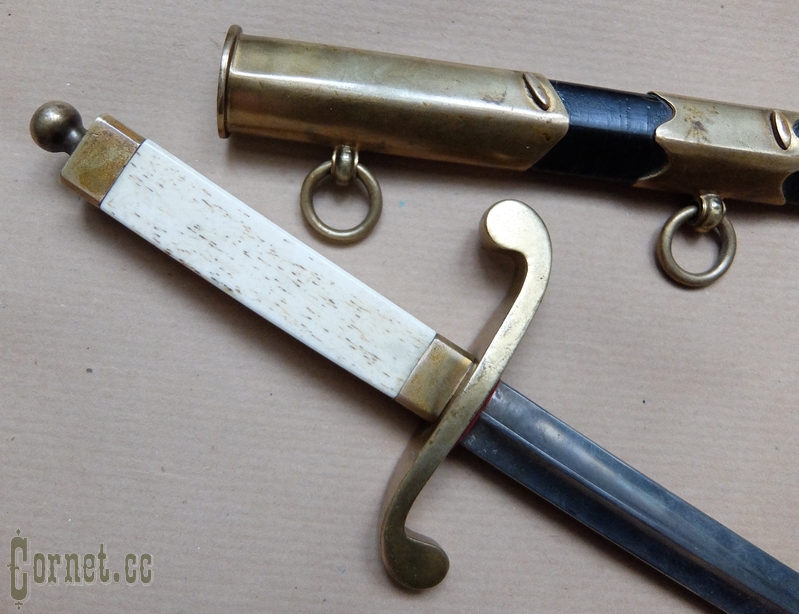 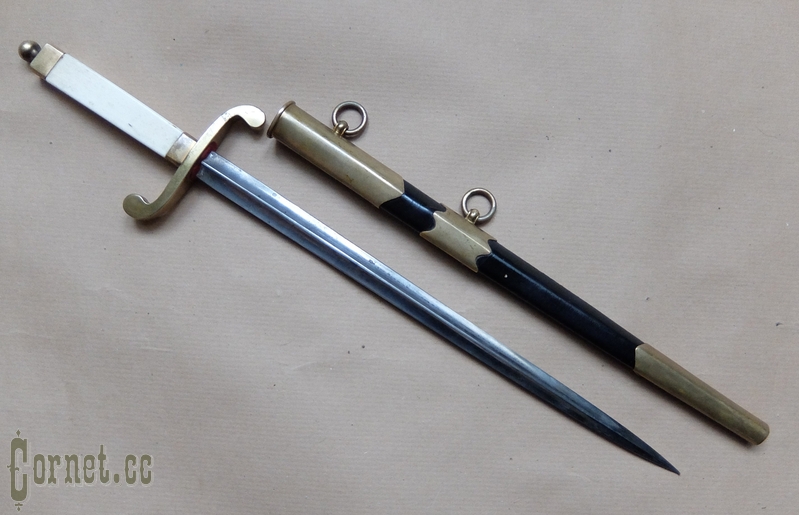 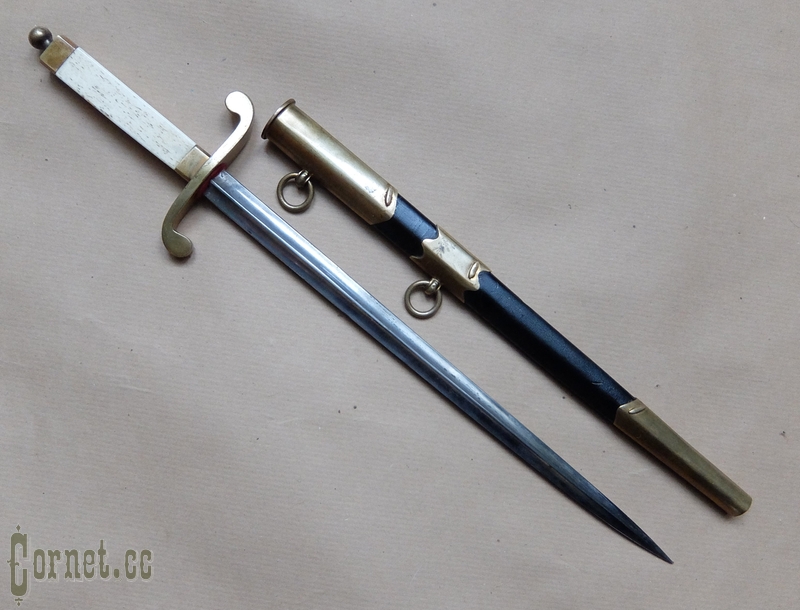 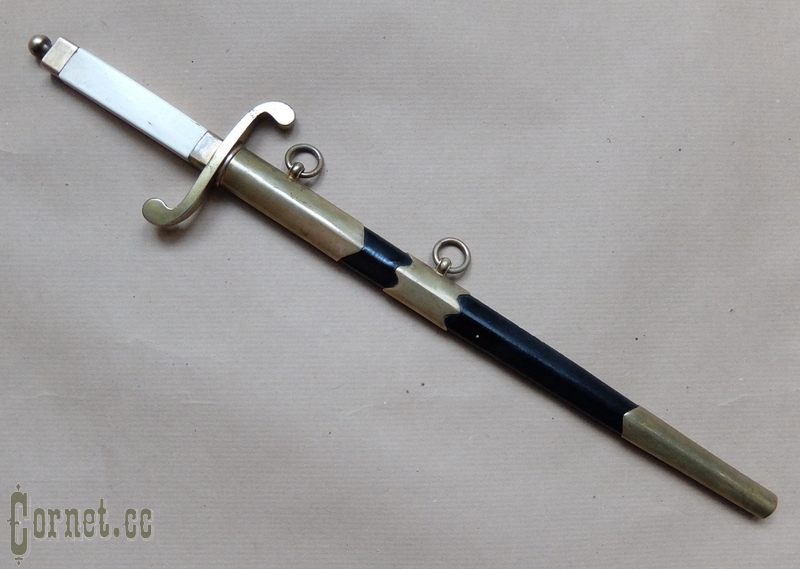