Czechoslovakia. Bayonet of the 1895 model to the fitting of the Mannlicher system. The Austro-Hungarian bayonet of the 1895 model for ordinary cavalery personnel to the fitting (short rifle) of the Mannlicher system of the 1895 model was used in the armed forces of Czechoslovakia after the First World War. It differs only in the presence of an additional front sight on the ring of the crosspiece. The front sight was required to correct the aiming line when firing from a fitting with a fixed bayonet, which, in the case of a shorter barrel than that of a rifle, changed significantly. The mark CSZ (Cechoslovenska Statni Zbrojovka) 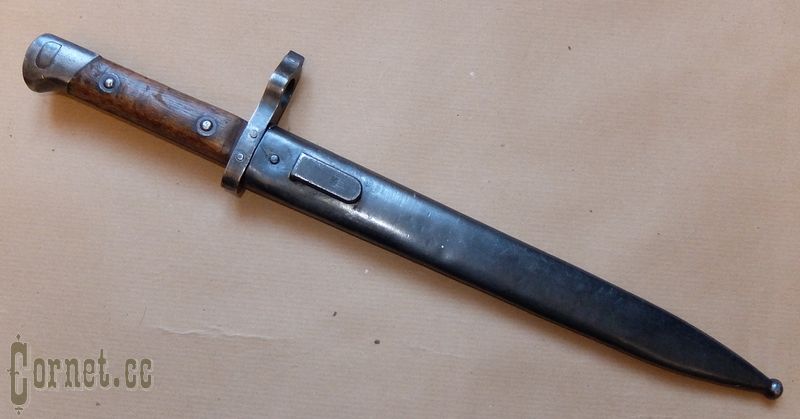 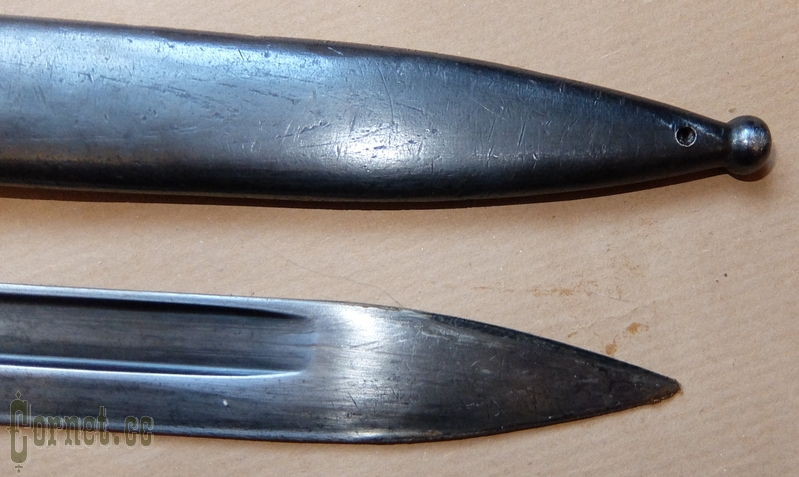 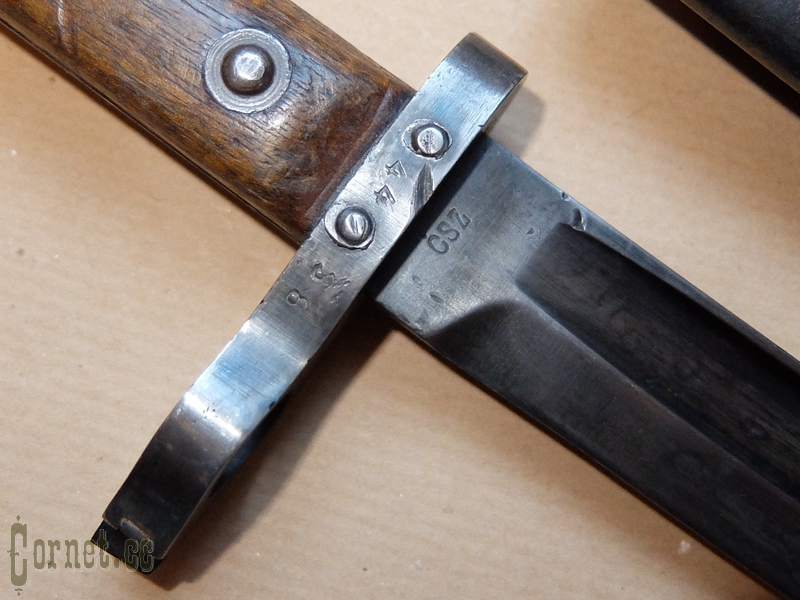 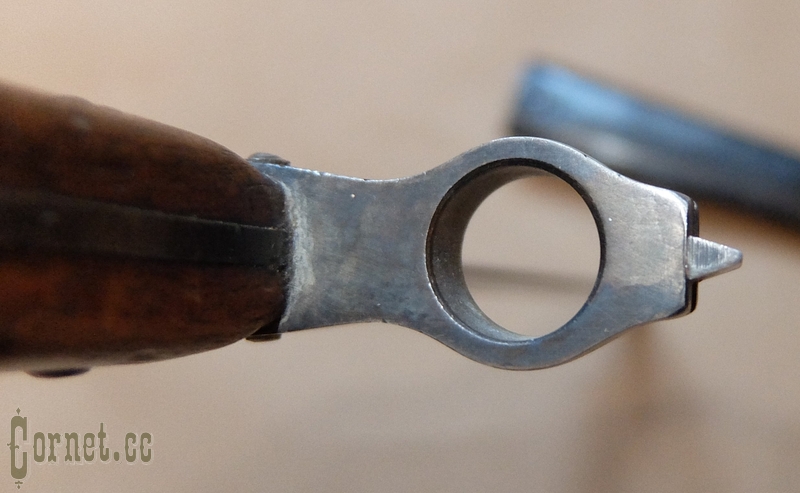 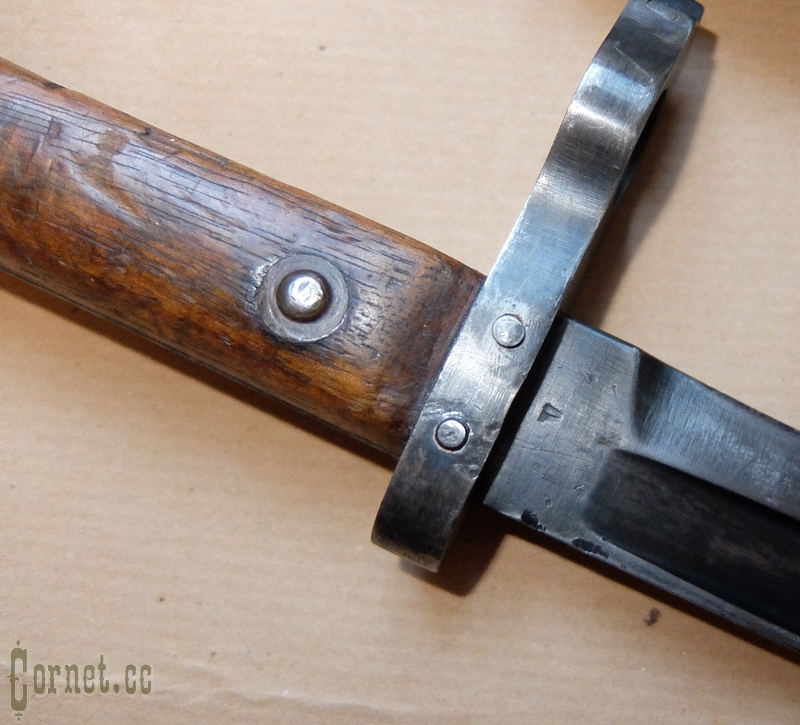 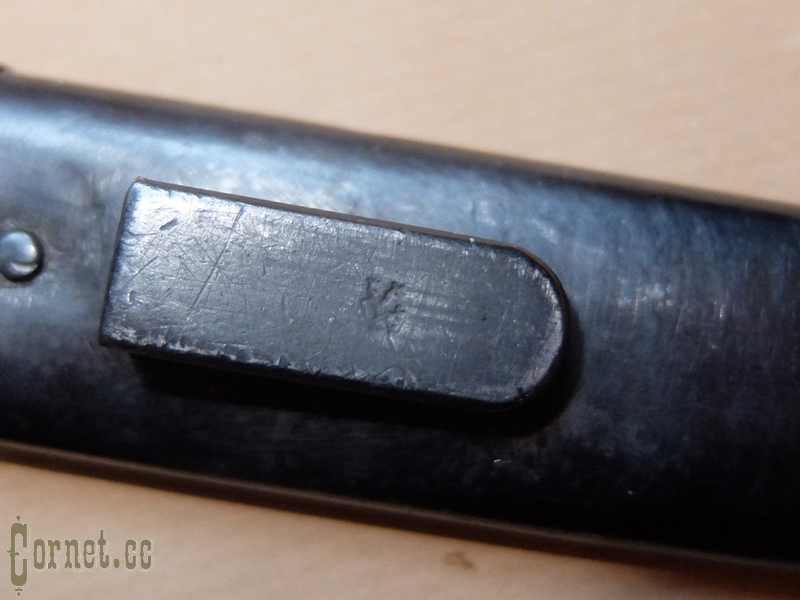