The Russian Empire. 1882-1898. Badge of the Order of St. Anna, 1st degree in gold. Capital sample. On the reverse of the eyelet there is an assay stamp of 56 samples and the coat of arms of St. Petersburg. On the upper beam there is a stamp in the form of a state eagle. On the lower beam, the brand "AK" is Albert Keibel's workshop. There is a brand on the pendant - the head of a woman in a cocoanut.Imperial
Order of St. Anna was established back in 1735 as a dynastic award of the Duchy of Holstein (Holstein. or Holstein (Holstein, Lat. Holsatia— is a former duchy in Northern Germany, between the Eider, the Elbe, the Grass, the German and Baltic Seas). It appeared much later in the state system of awards of Russia. This happened in 1797 by the decision of Emperor Paul I. The Order encouraged officials and military personnel of almost all ranks.The cross was worn on the chest on the ribbon of the Order of St. Anna. (red with yellow border) 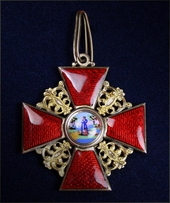 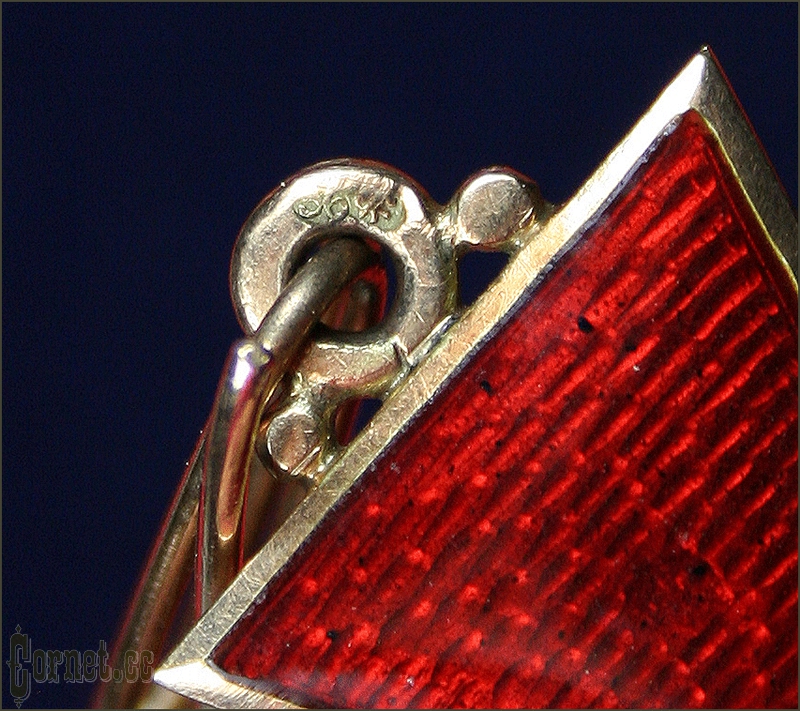 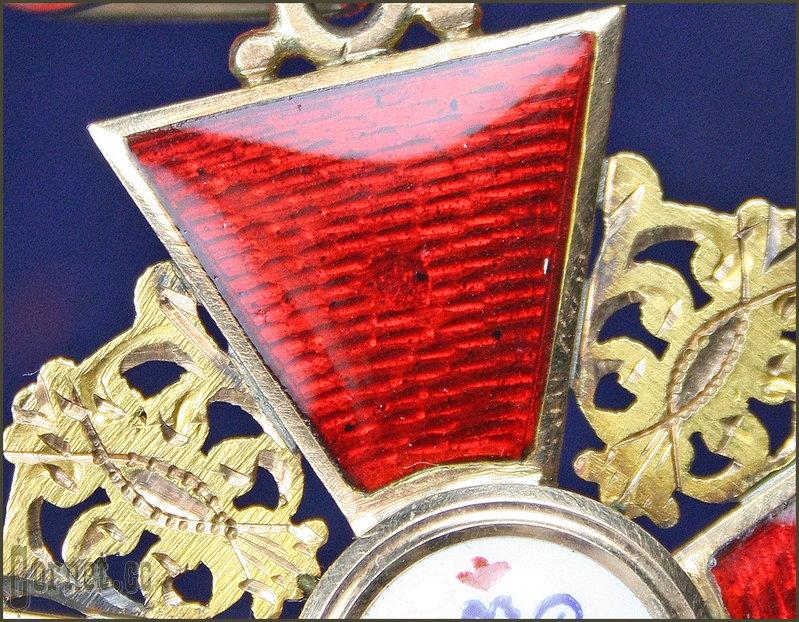 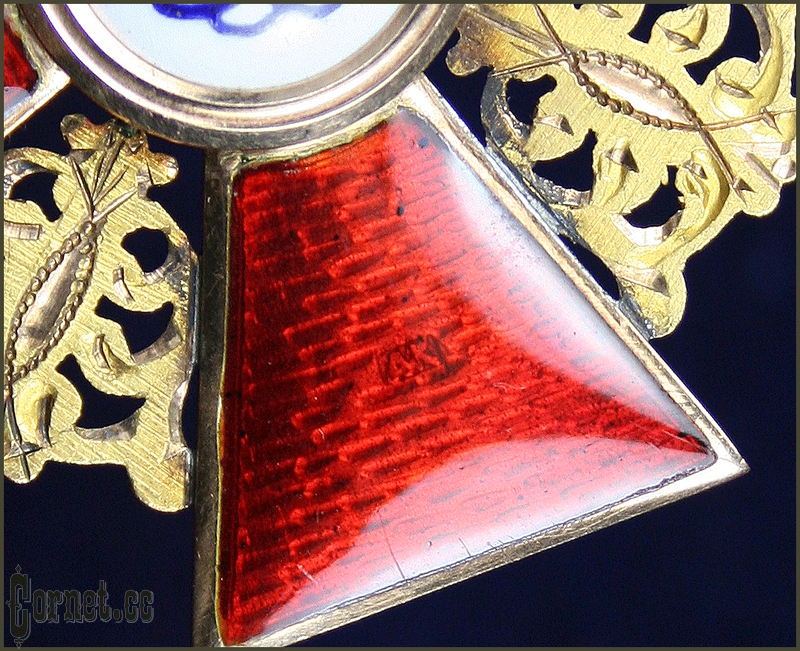 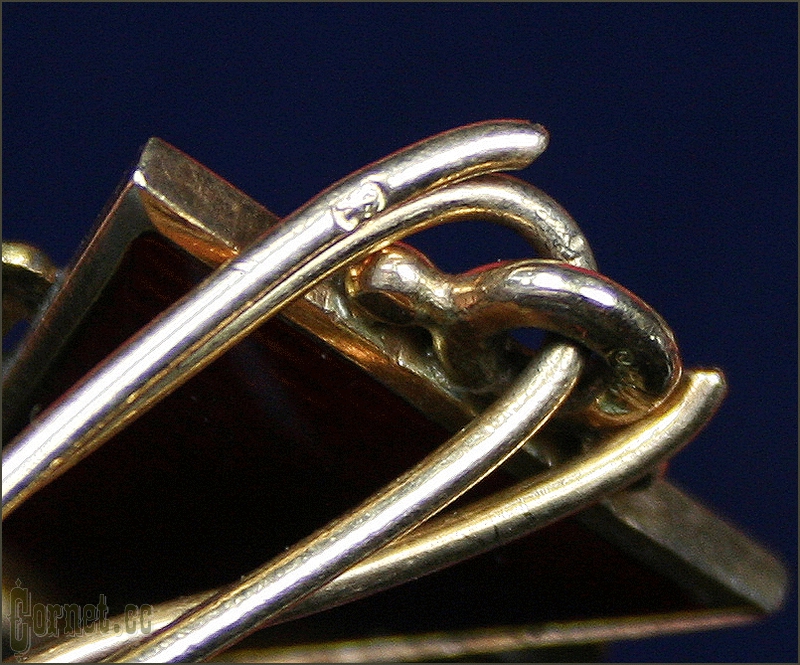 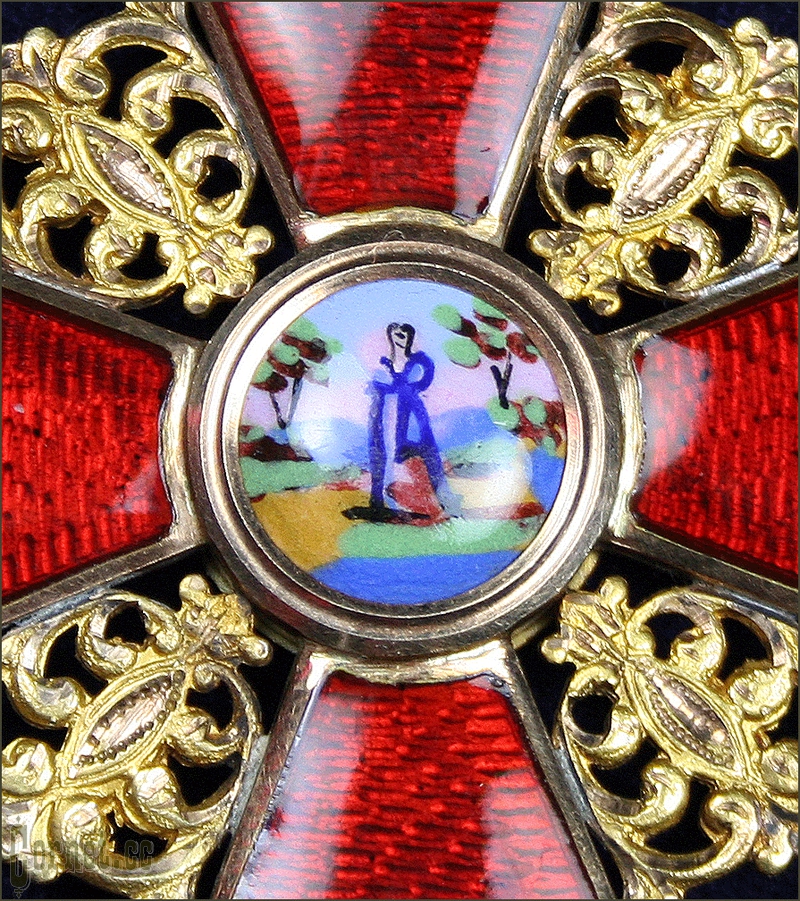 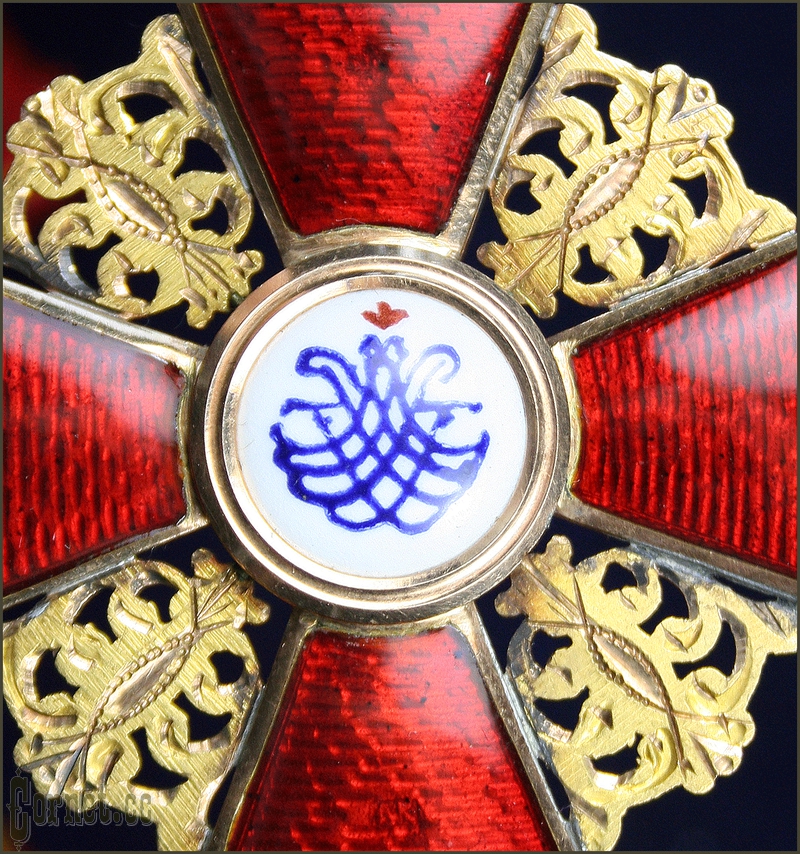 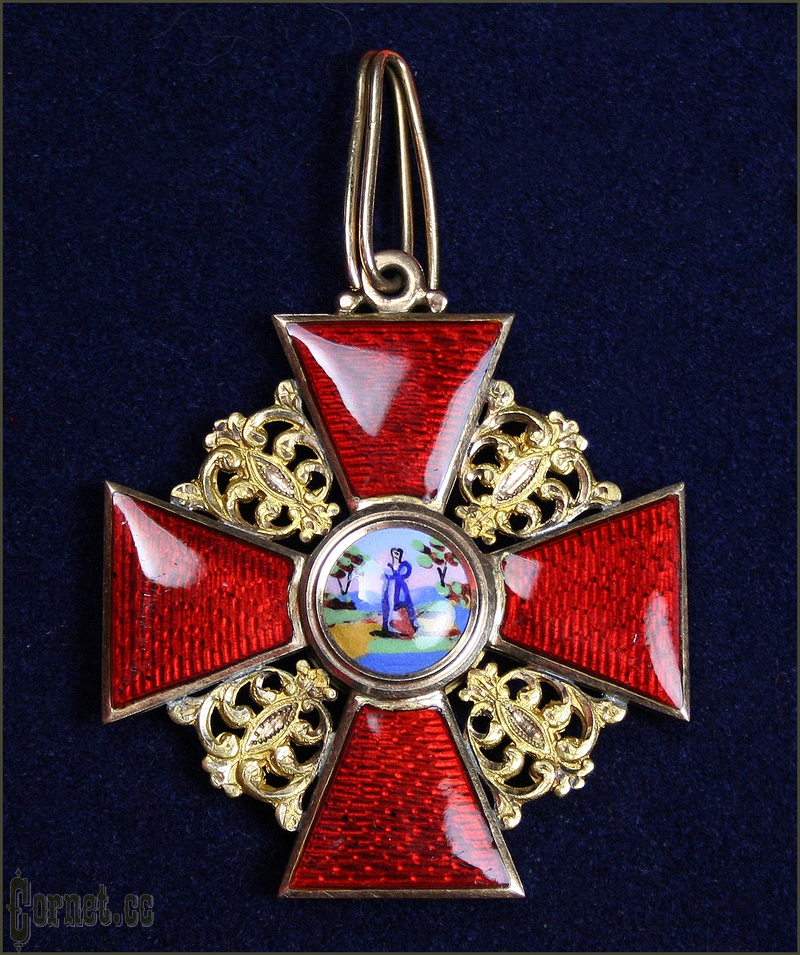 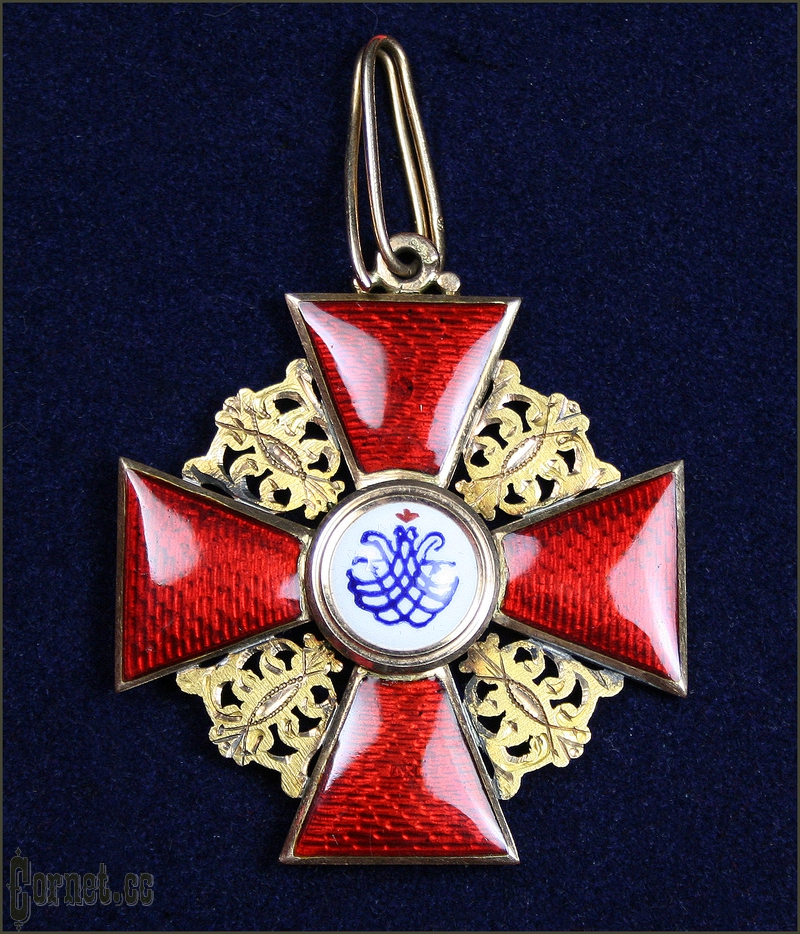