№121174 Star of the order of Saint Stanislaus

Russian empire. Star of the order of Saint Stanislaus, 1st class. late XIX century. The order was established by the Polish king Stanislaw August Poniatowski in 1765. In 1831, he was added to the orders of the Russian Empire and became the youngest among them. The order's motto is "Praemiando incitat"("Rewarding, encouraging"). The day of the order's holiday is April 25. Star-eight-pointed silver forged (in the XVIII century sewn), with a medallion in the middle; in the center of the medallion is the red monogram SS (from Sancti Stanislai – Saint Stanislaus), around which is placed a Golden inscription on a white background – "Praemiando incitat" (motto of the order); it is bordered by a green stripe with four bunches of Golden leaves. 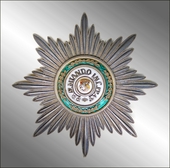 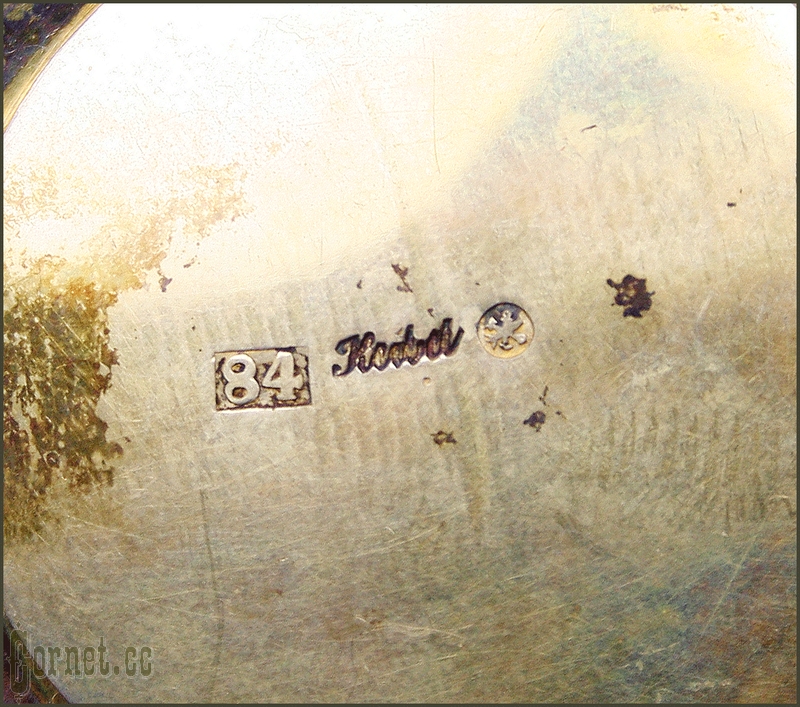 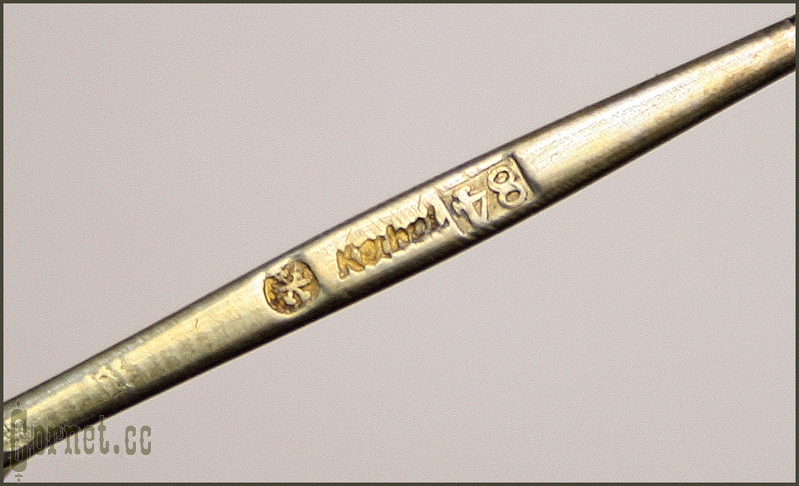 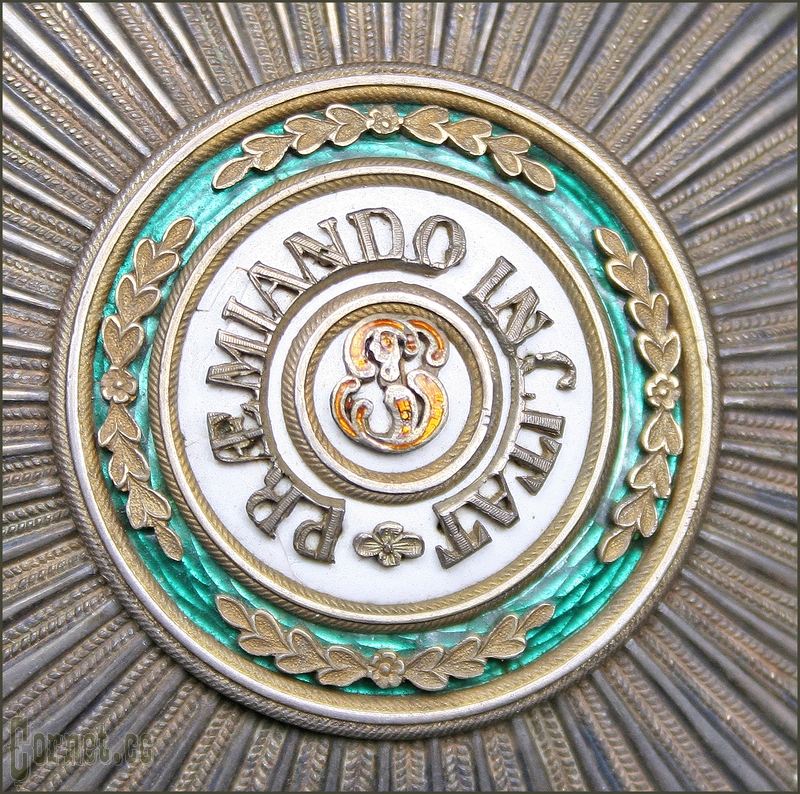 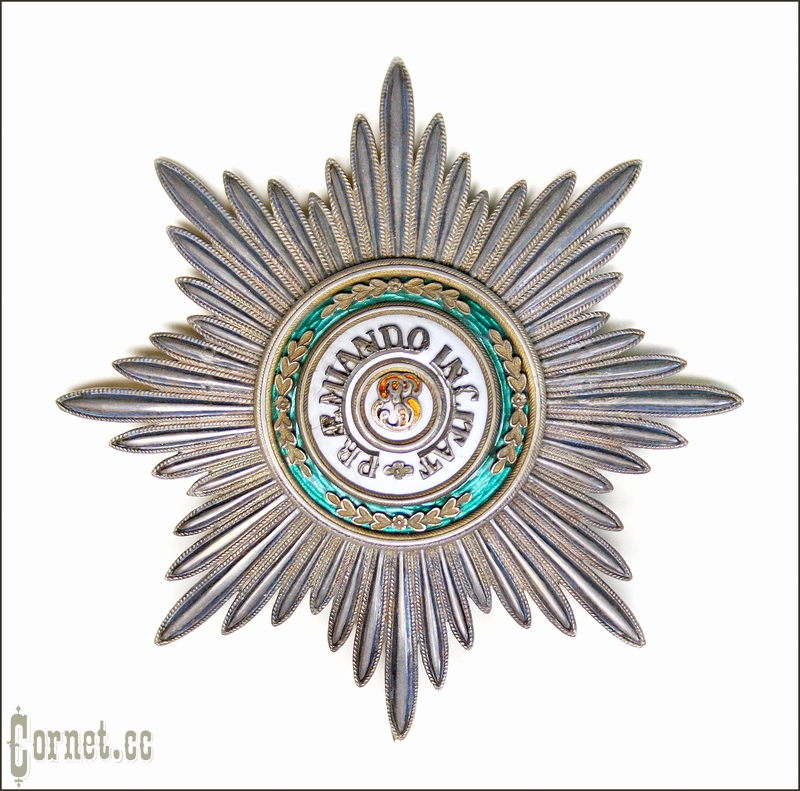 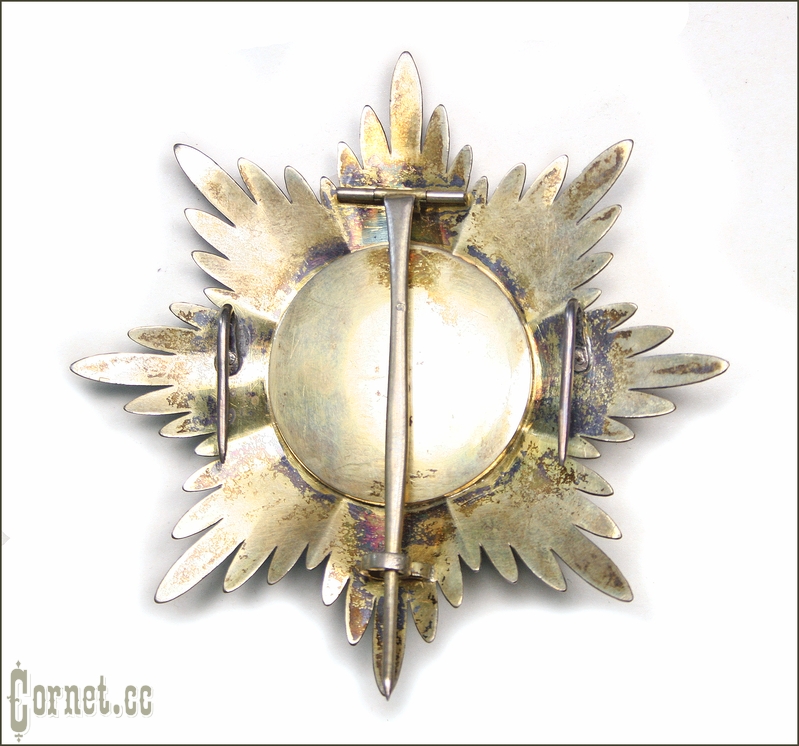 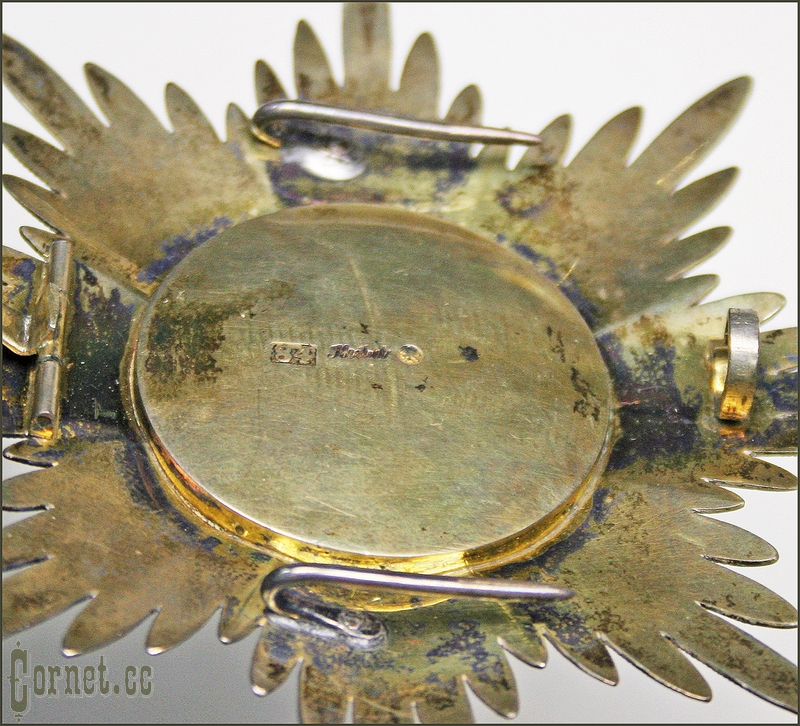 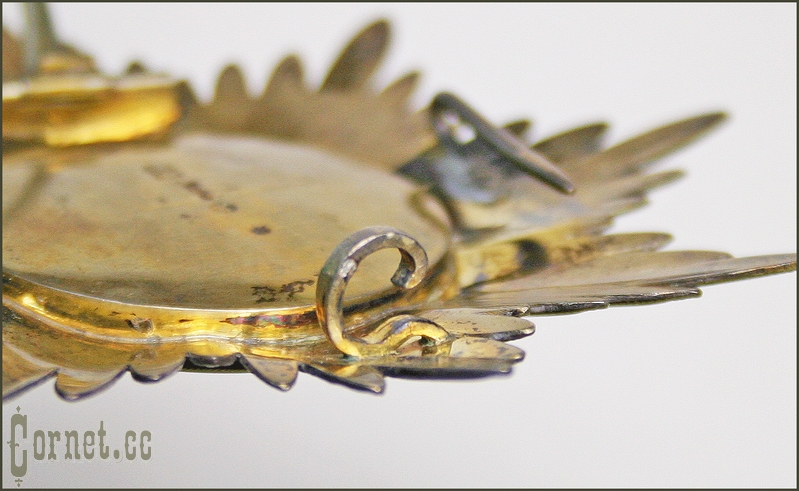