Russian Empire. Order of St. Stanisław 2nd degree with tape to wear around his neck. Time of reign of Emperor Nicholas the first 1825-55years. There is no manufacturer 's stamp and test tube. The sign of the order is one-sided, golden eagles (Nicholas, with the wings lowered), rays and the core are soldered on the silver base. Only the central medallion is on the reverse. Tape (neck) with splines to wear around the neck. A very interesting, rare and not common version of making a sign. 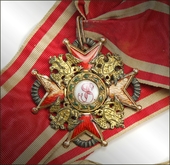 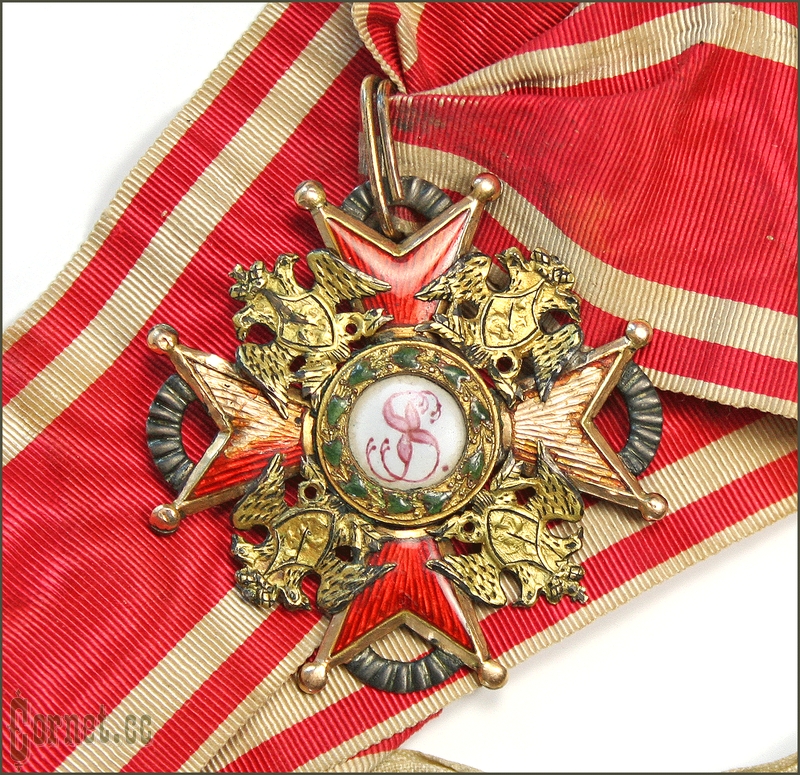 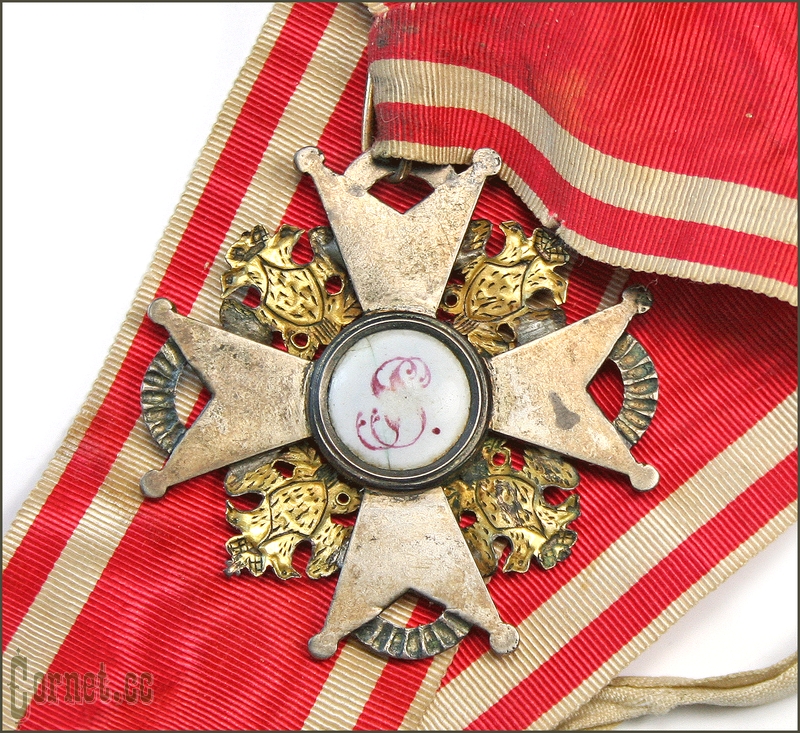 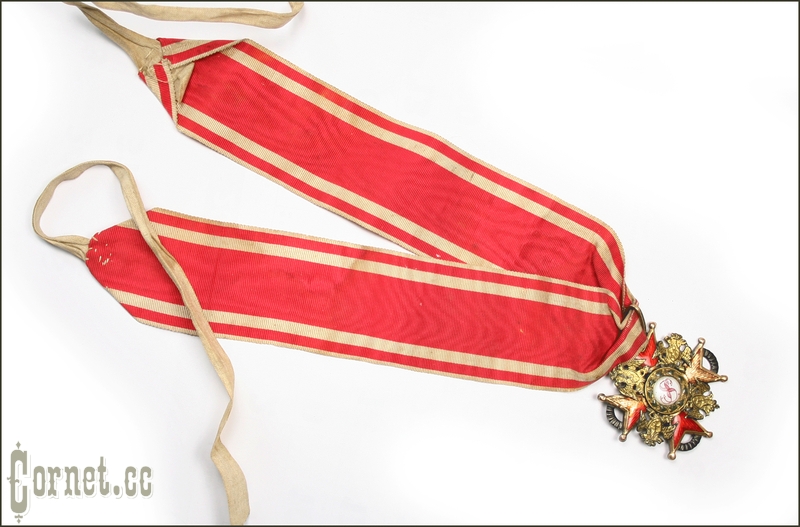 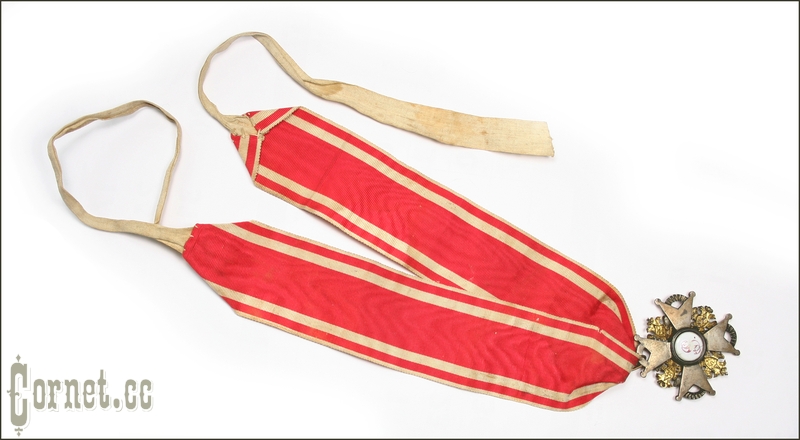