Russian Empire - Provisional Government. 1917. Chase 1st Revel detachment of volunteers. The volunteer battalion is formed of Baltic Fleet sailors at the main naval base in Revel (now Tallinn). Order of Glavkoverha No. 439 of June 13, 1917 - on formation of strike revolutionary battalions. These battalions on the chase received instead of encryption an image of the skull with boilers - a symbol of contempt for death.

This couple chase has been exhibited in several editions!

The black navy chase is dipped in white cant, the head of "Adam" is painted with white paint. On the chase one "scrap" - the senior seaman (in infantry ephrator). Button from a shirt or trousers. 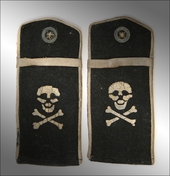 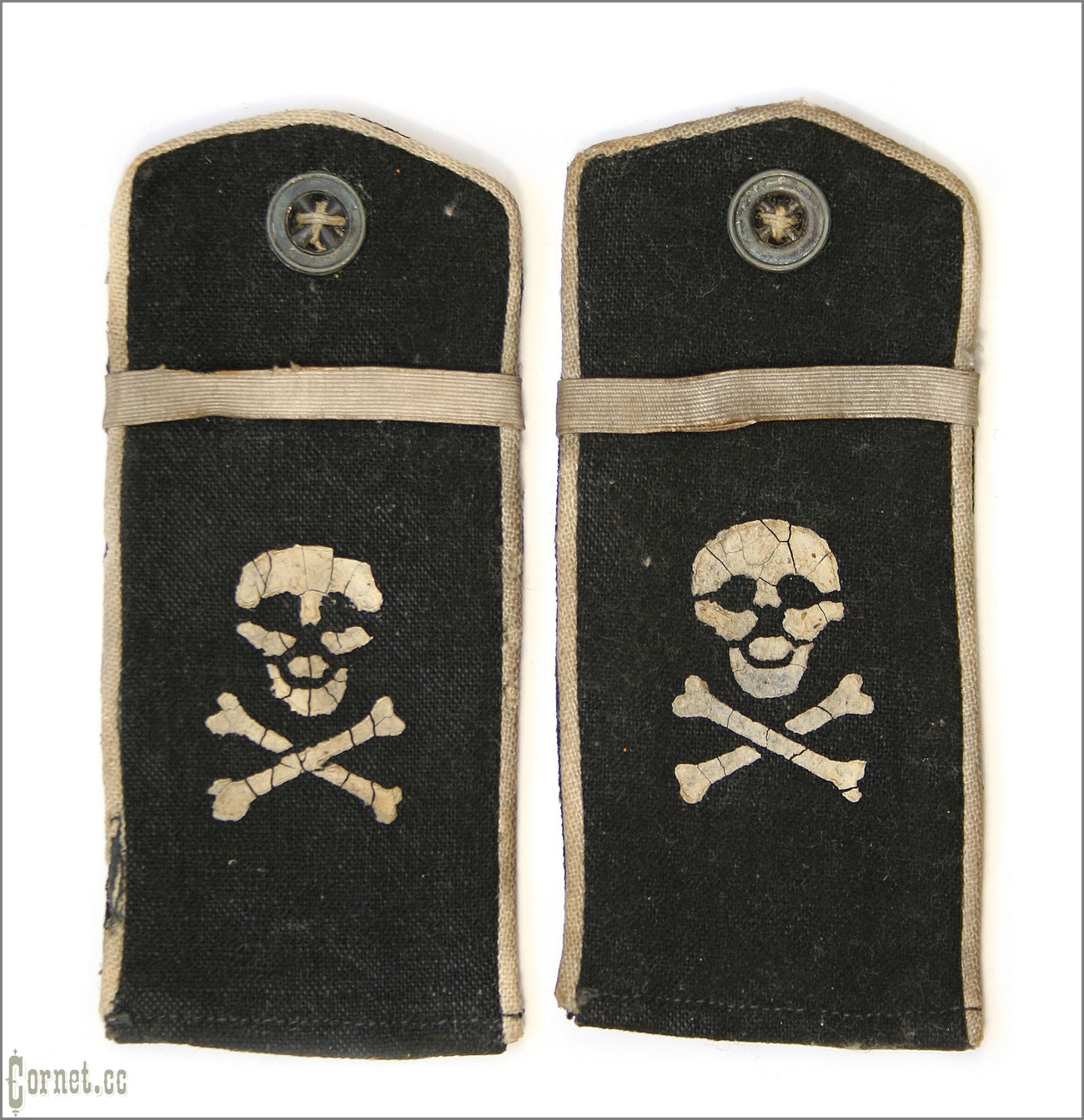 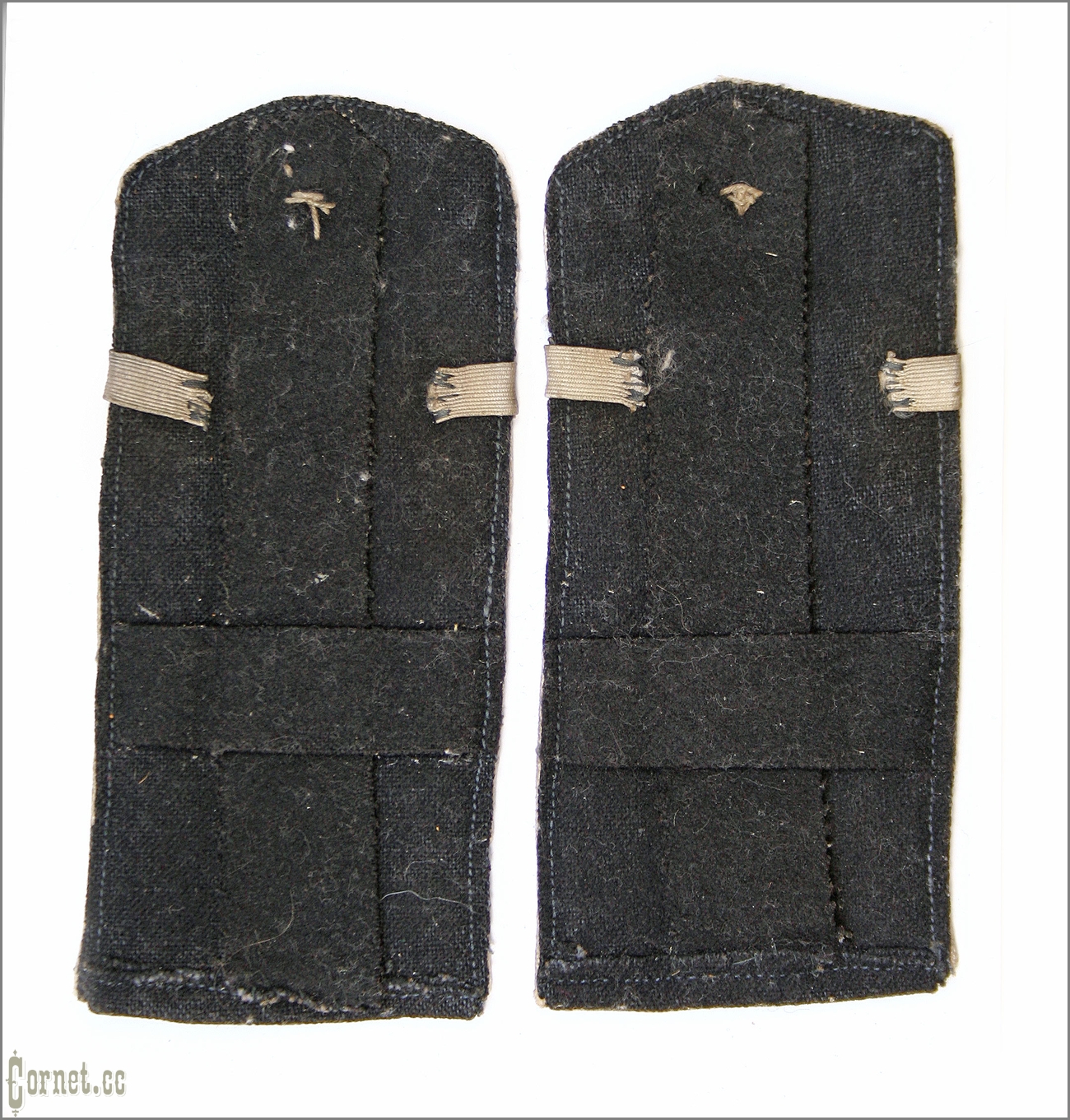