№121472 Order of Friendship of Peoples

It was established on December 17, 1972 by Decree of the Presidium of the Supreme Soviet of the USSR in commemoration of the 50th anniversary of the formation of the USSR.

The Order was awarded for great merits in strengthening friendship and fraternal cooperation of socialist nations and nationalities, for a significant contribution to the economic, socio-political and cultural development of the USSR and the Union republics.

The Order of Friendship of Peoples is awarded:

Silver, enamel. The size between the beams is 47mm. 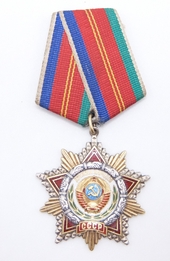 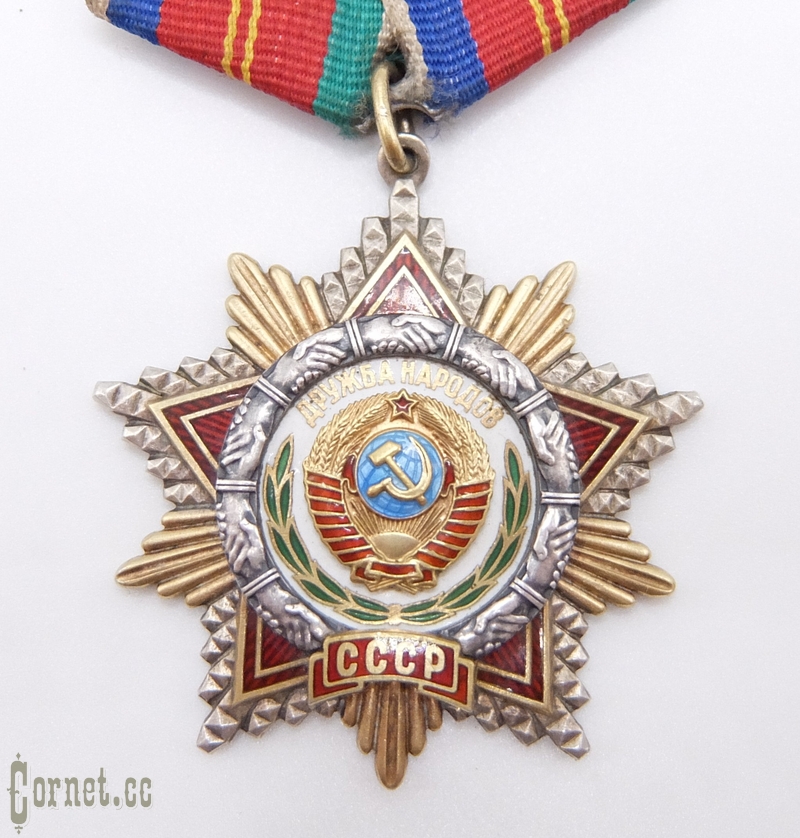 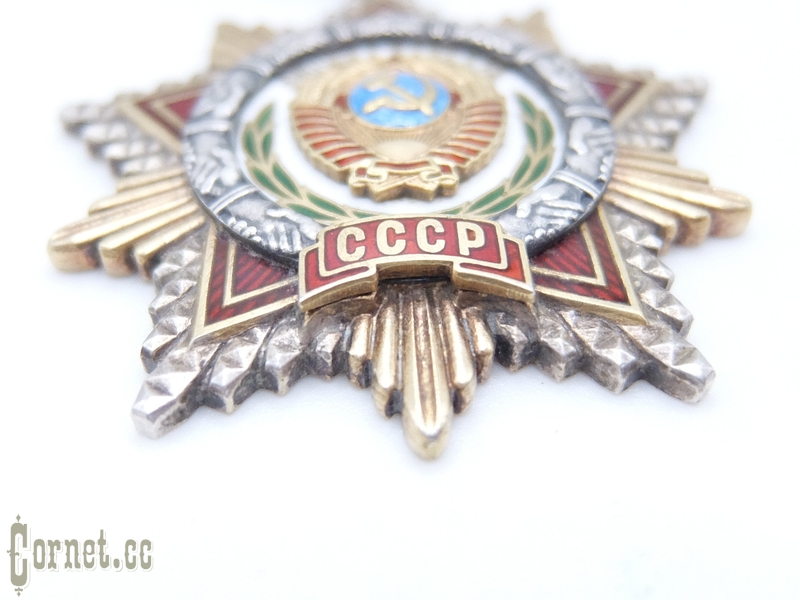 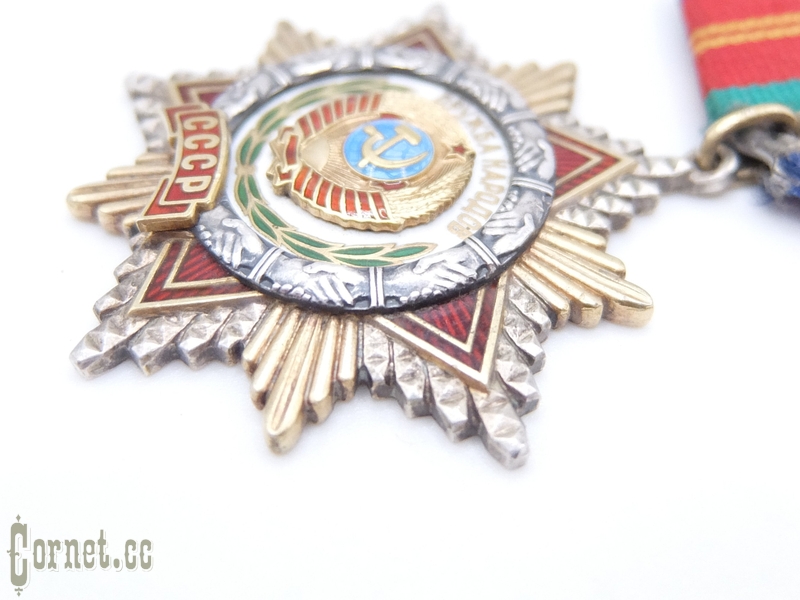 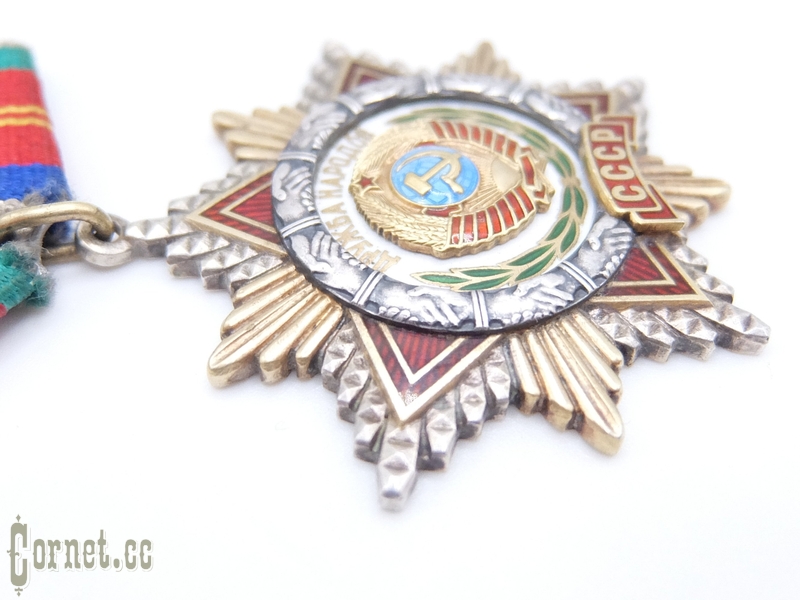 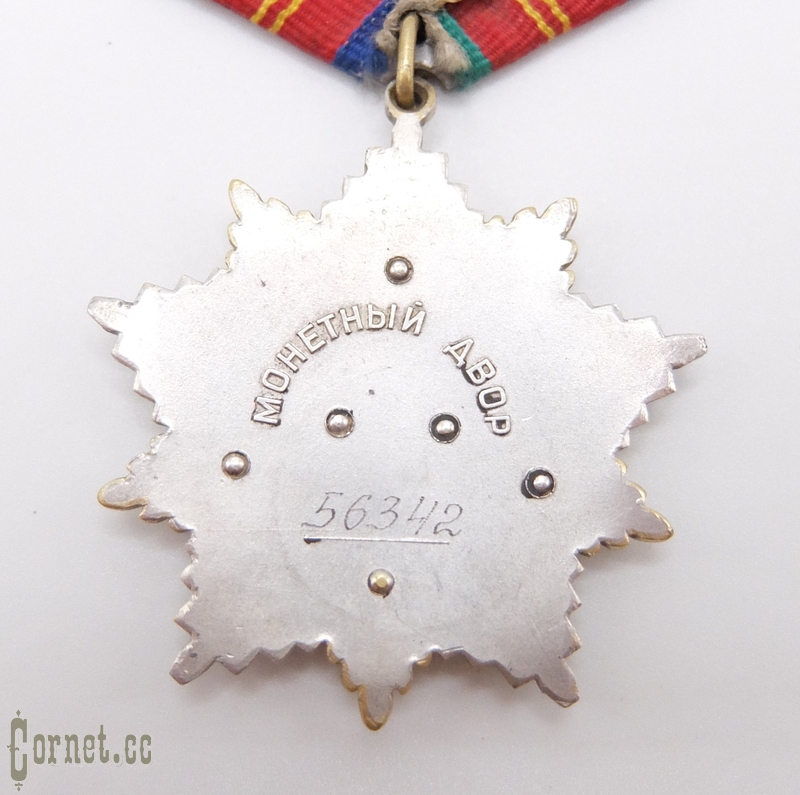 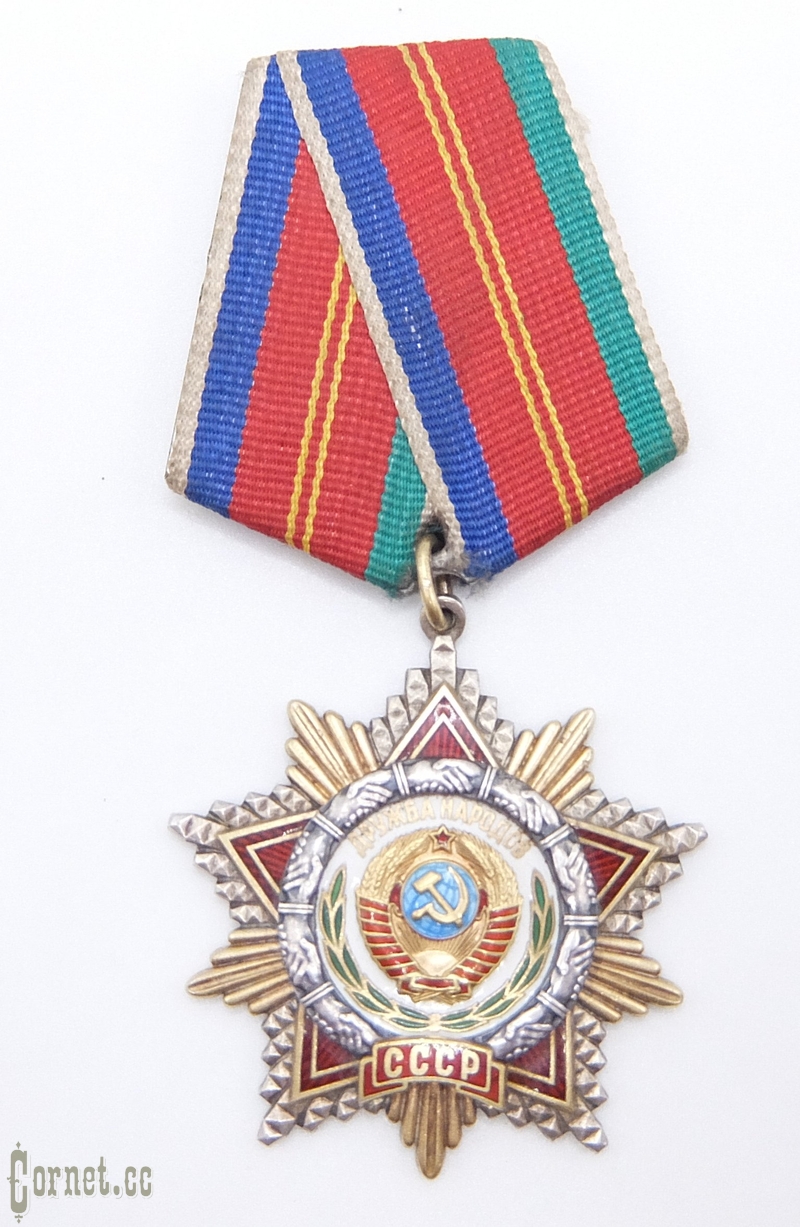 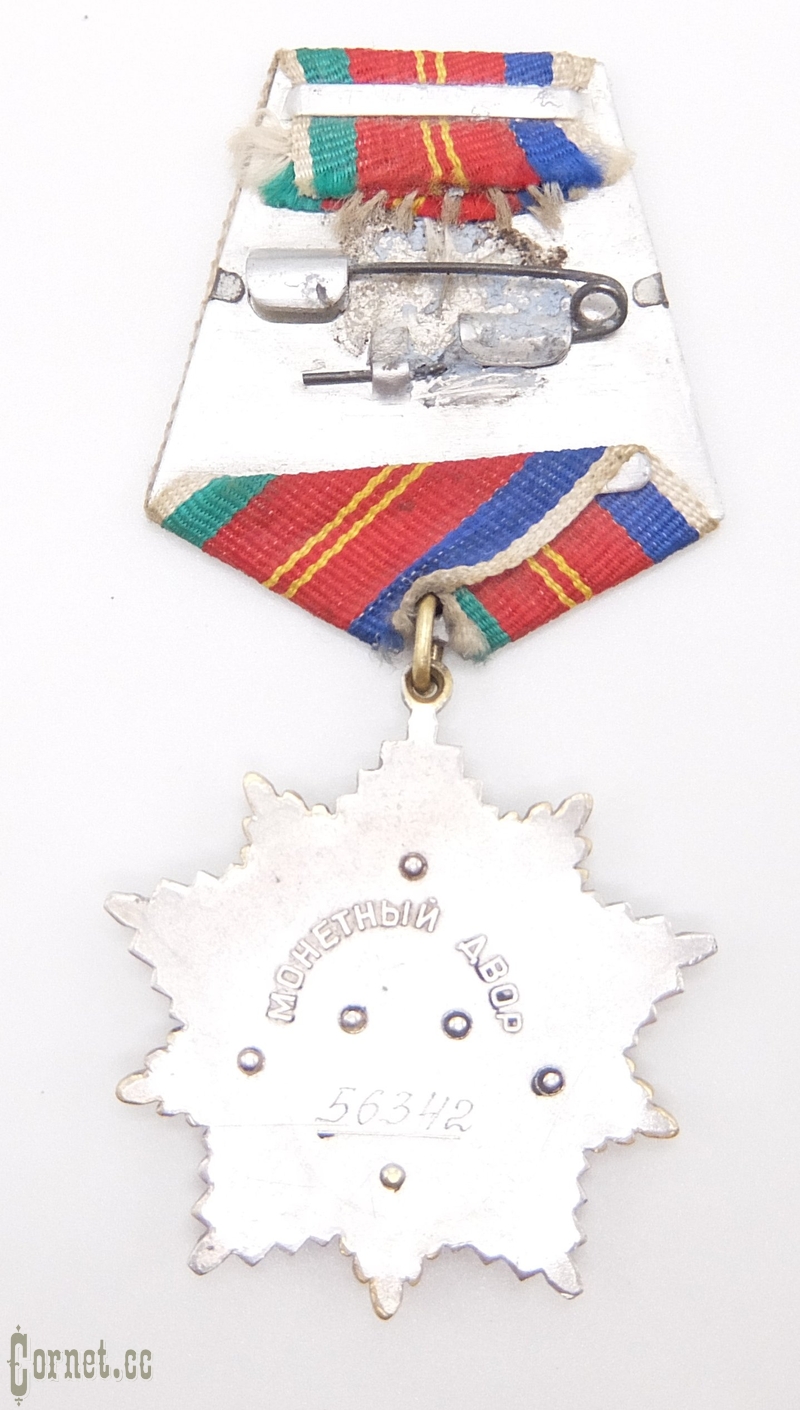