Spain. The helmet, the M1942 helmet, also known as the "Modelo Z" and simply the M42, was adopted in 1942. The helmet's design was based on the shape of the M35 (M40) Stahlhelm helmet used by Nazi Germany. In comparison with the German original, the M42 body was thinner, and was made of lower-quality steel. This made it prone to dents and damage. The body had air vents with stamped rims, like the German M40, and raw edges, like the M42, without the small expansion characteristic of the German model. The design of the balaclava was similar to the M21 and M26 helmets-with three leather petals attached to a leather band around the body. The balaclava was attached to the body with seven rivets. The body was painted green, and, as is typical of Spanish helmets, there was a bracket in the front for attaching identification marks, which were used, as a rule, for parades and other ceremonies. The helmet served until 1979, when it underwent a minor upgrade. 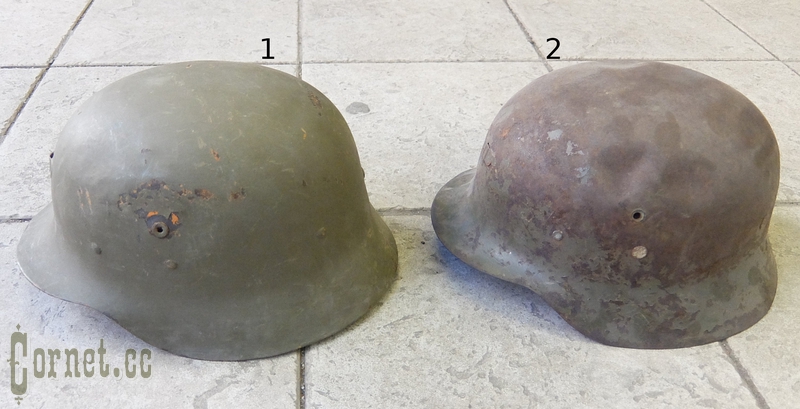 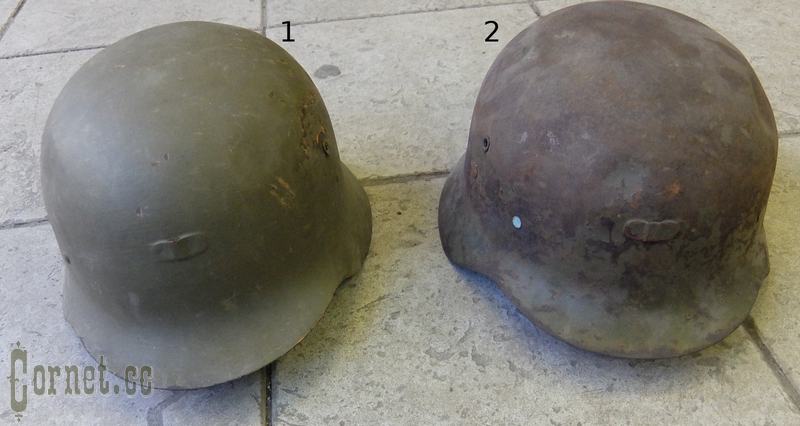 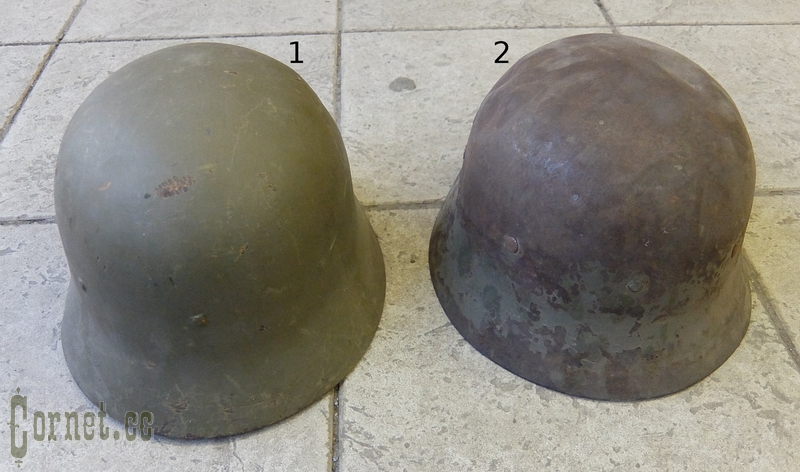 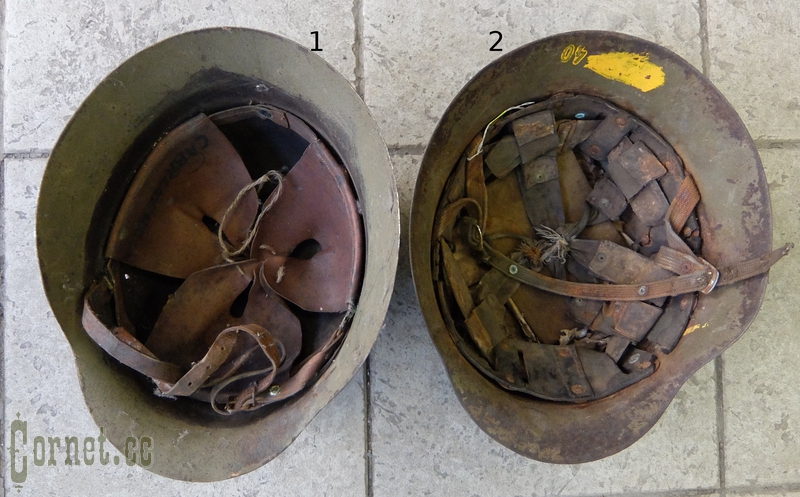