The light bronze medal was awarded to: a) generals, officers, lower ranks of the military and naval departments, ranks of the state militia, border guards and volunteers who took part in battles; b) all class and medical ranks, priests, orderlies and nurses who performed their duties during military operations; c) persons of all classes who were awarded the insignia of the Military Order or the medal with the inscription "For Bravery".

Light bronze. Diameter 28.15 mm. Weight 14.4 g. The medal was worn on the chest on the connected ribbon of the Orders of St. Nicholas.St. George and St. Alexander Nevsky. 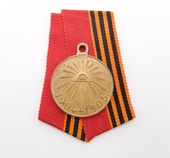 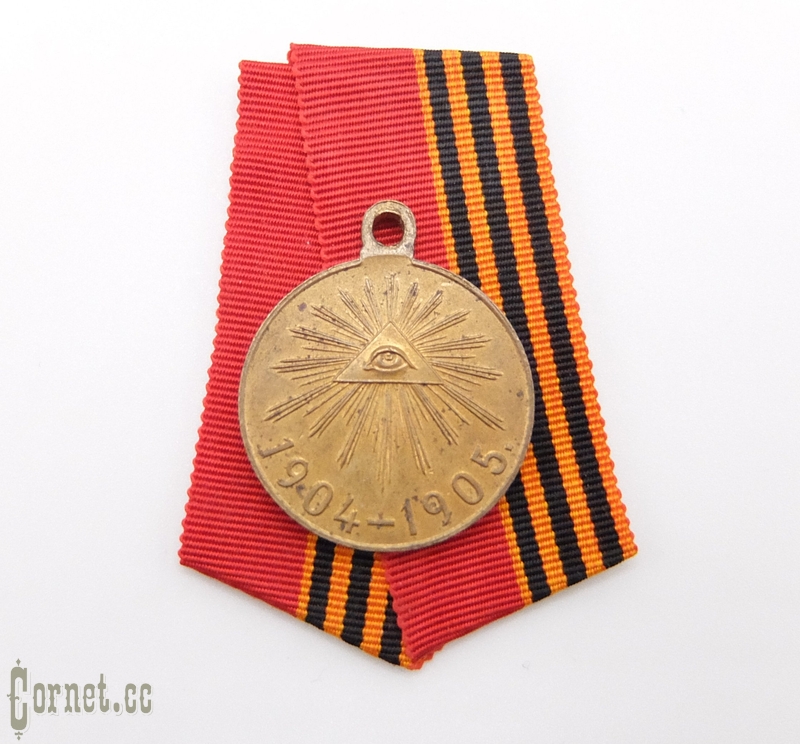 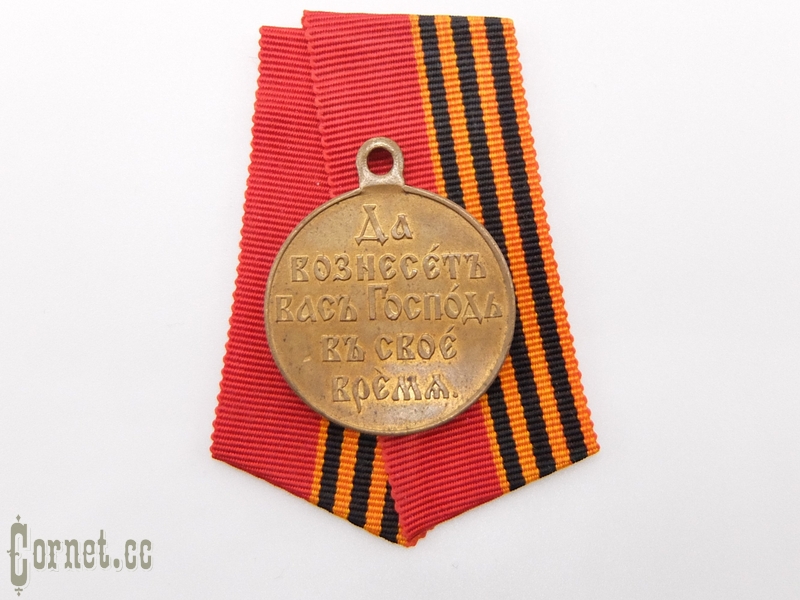